As we hurtle towards the summer season the new campaign material from the fashion houses is coming in thick and fast.  Burberry and Prada are the latest luxury fashion giants to give us a preview of how they’d like to dress us up this summer and, in light of what they’ve come up with (and pockets willing), we’d all probably let them too.  As has always been clear, competition for market share at this end of the scale is fiercer than championship boxing, and the new marketing strategies brands devise each season are at the tip of that spear.  I.e., every aspect has to be on point and be able to capture consumer imagination instantly.  When it comes to two of the best from England and Italy it’s never been a question. 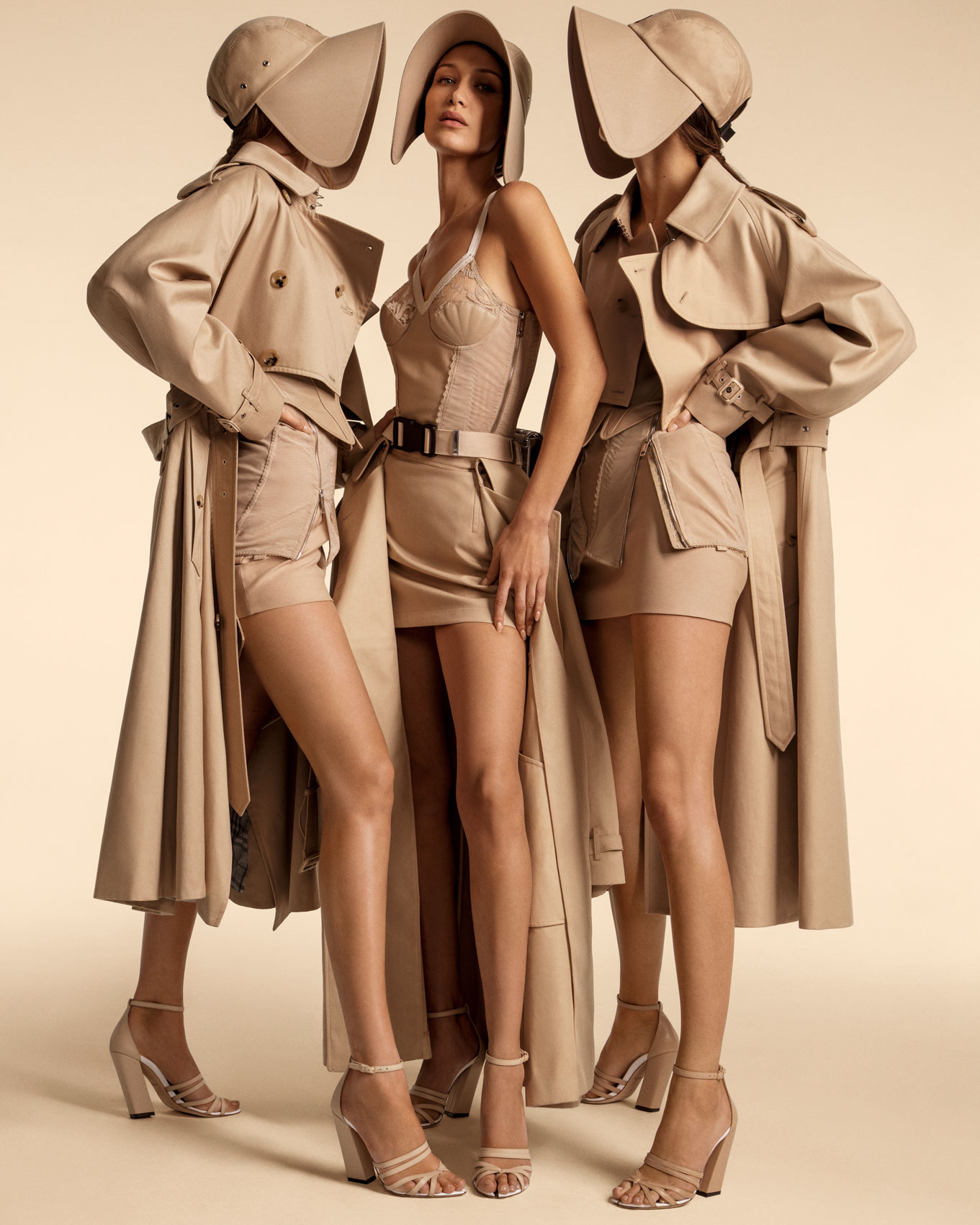 Creative director Riccardo Tisci’s evolution above and below the line at the house of Burberry continues with his superb new summer campaign.  One of the key components to his growing success over the past two years is his constant desire to reach back into the long and rich heritage of the Burberry brand to channel, shape and reinterpret the vision of founder Thomas Burberry through his own gigantic creative lens.   The first thing to note about the campaign is how heavily it leans into the iconic ‘Burberry Beige’ colour throughout – a classic signature that’s recognisable in almost any context.

I have been working for a few seasons to define a new identity and visual language for this house. This campaign feels like the beginning and I wanted to celebrate the men and women who represent Burberry – some who have been a long-standing part of my career and others who have started this Burberry journey with me. Together they capture the sophistication and attitude at the heart of the house today – Riccardo Tisci 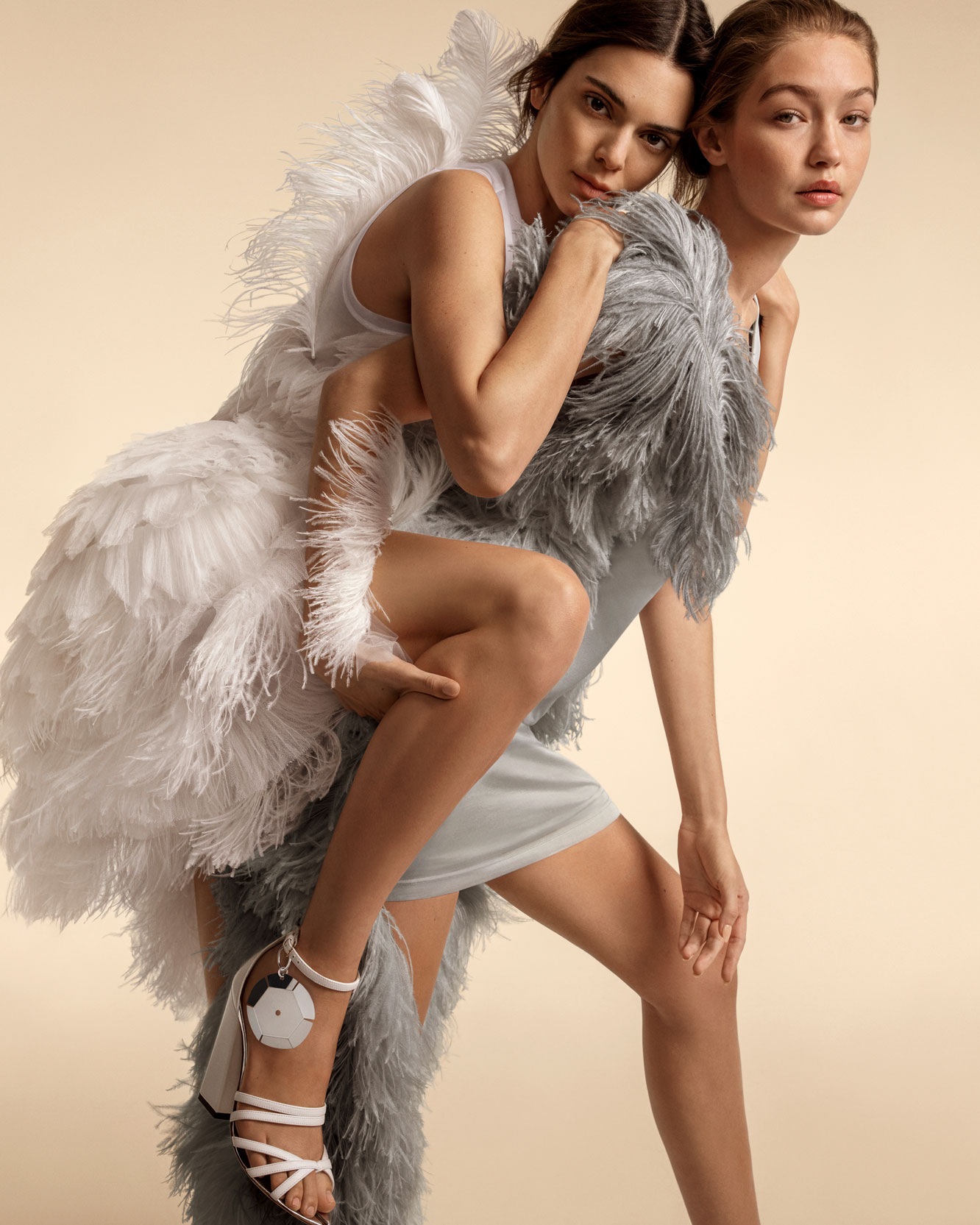 The campaign, shot by the Dutch dynamic duo of Inez and Vinoodh, is a simple, clean and stark affair that places the focus squarely on the personalities shown in the pieces themselves and by the models wearing them.  It’s almost as though the designs imbued the wearers with the confidence to express who they are in front of a camera.  And, when you have renowned veterans in the game directing the action, suddenly you discover really interesting and organic shapes and model interactions appearing on-screen.  In the hands of lesser creatives it would have been all too easy to slide into the land of ‘stiff and awkward’ without the proper guidance.  Of course, with long-time collaborators like Bella and Gigi Hadid, Kendall Jenner and Freja Beha Erichsen on the team in front of the camera it shouldn’t be any surprise the results are as impactful as they are. 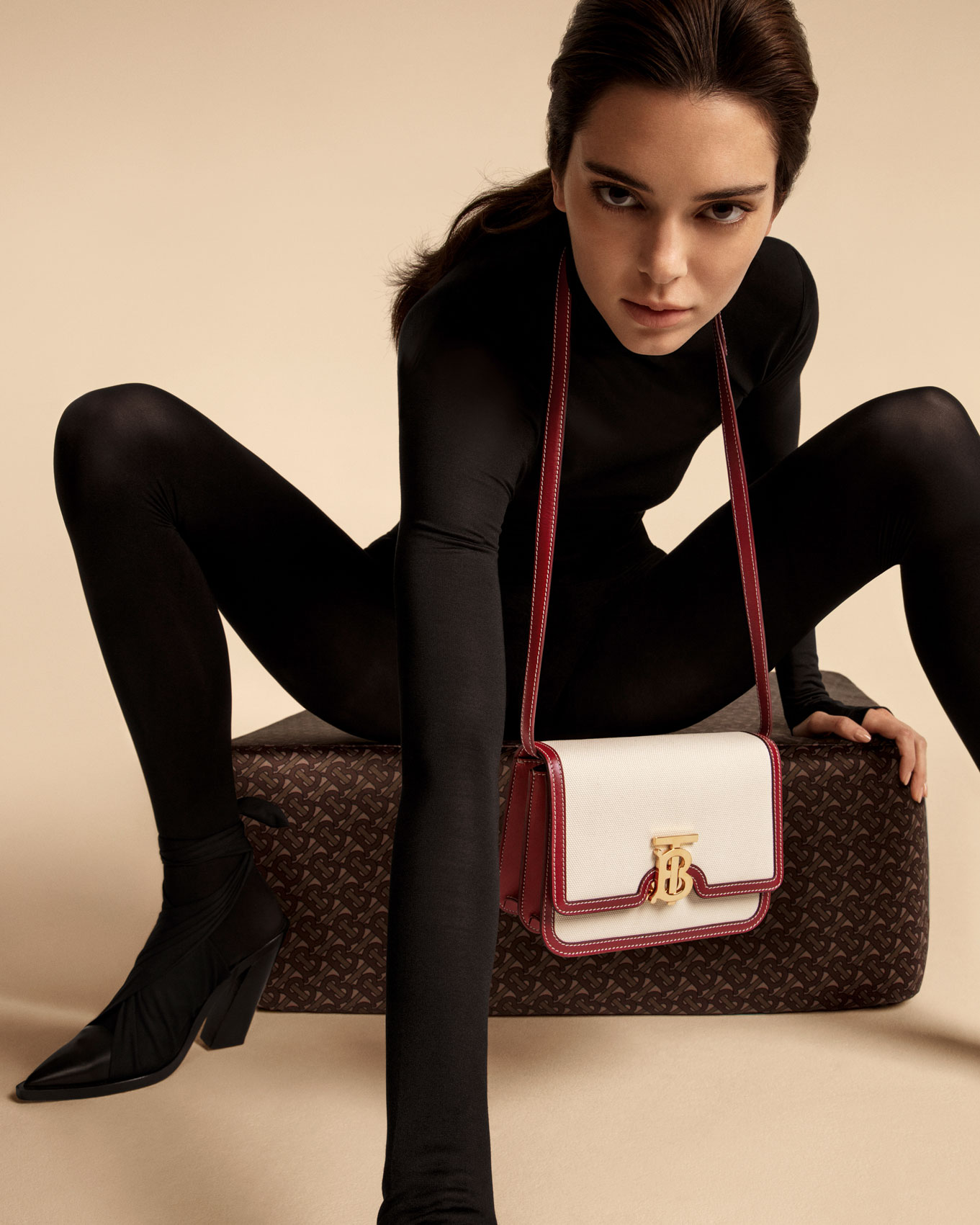 Prada’s new offering for the magazines and billboards of the summer builds on the creative aesthetic of their last campaign, Seditious Simplicity, for the Resort 2020 collection.  The RTW campaign revolves around images shot by photographer Jamie Hawkesworth and are again presented in diptych form; one in colour and the other in black and white.  Each pair of images features the Prada name as an acronym for phrases or ideas that describe the underlying ethos of the Prada women for summer 2020 and beyond. 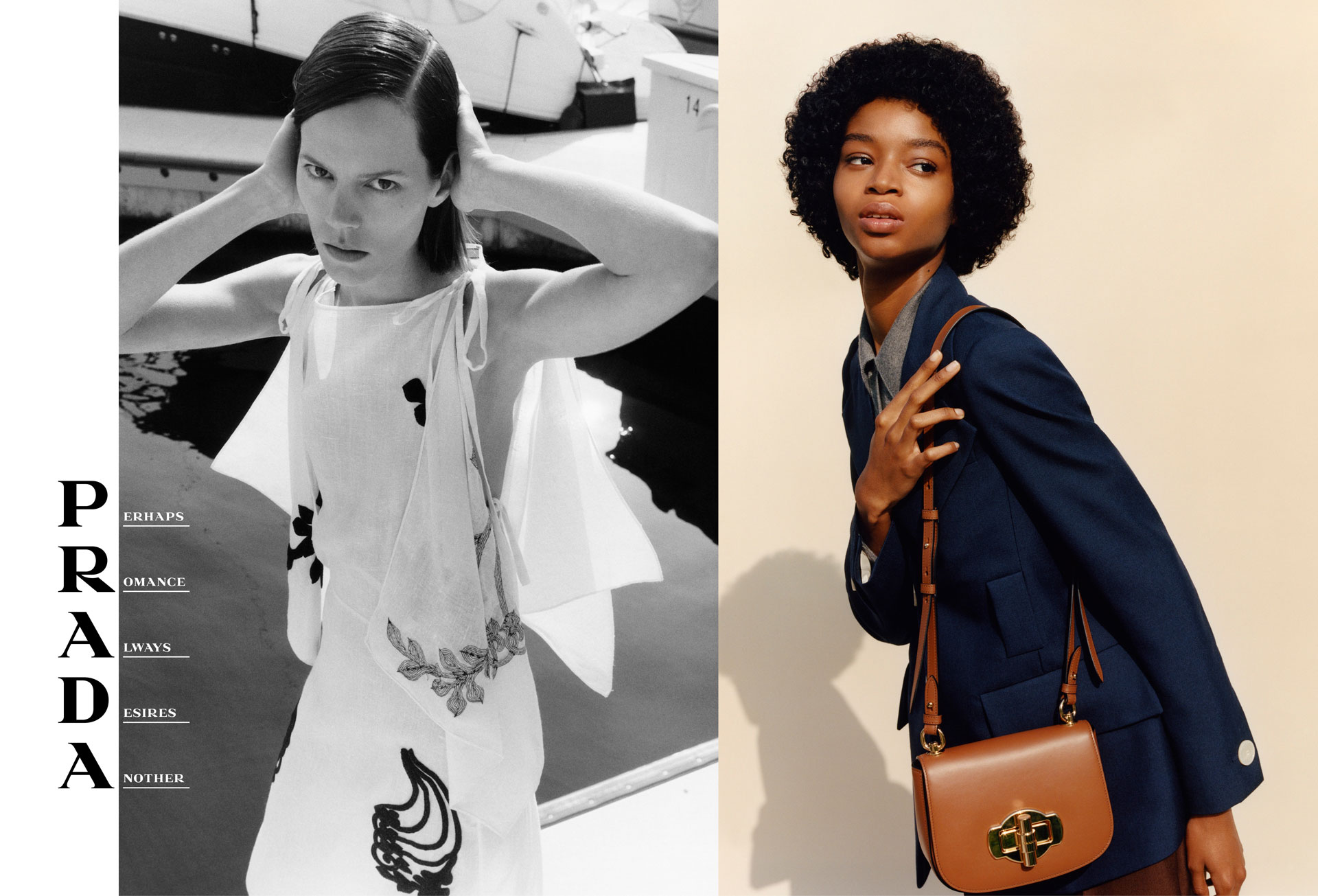 Taken together each idea could almost be regarded as a Prada manifesto opining on the often under-appreciated duality and sometimes plurality of the lives many modern women in this world have to lead.  For Prada that’s a dynamic that defies strict definition and categorisation, just like their new collection.  Pursue Randomness And Dichotomies, Always reads one of the phrases.  Simple and direct, it allows people to hold the Prada concept in the palm of their hands and consider its implications fully.  As was mentioned previously, once you can get a potentially customer to mentally engage with your brand it’s already more than half the battle won. 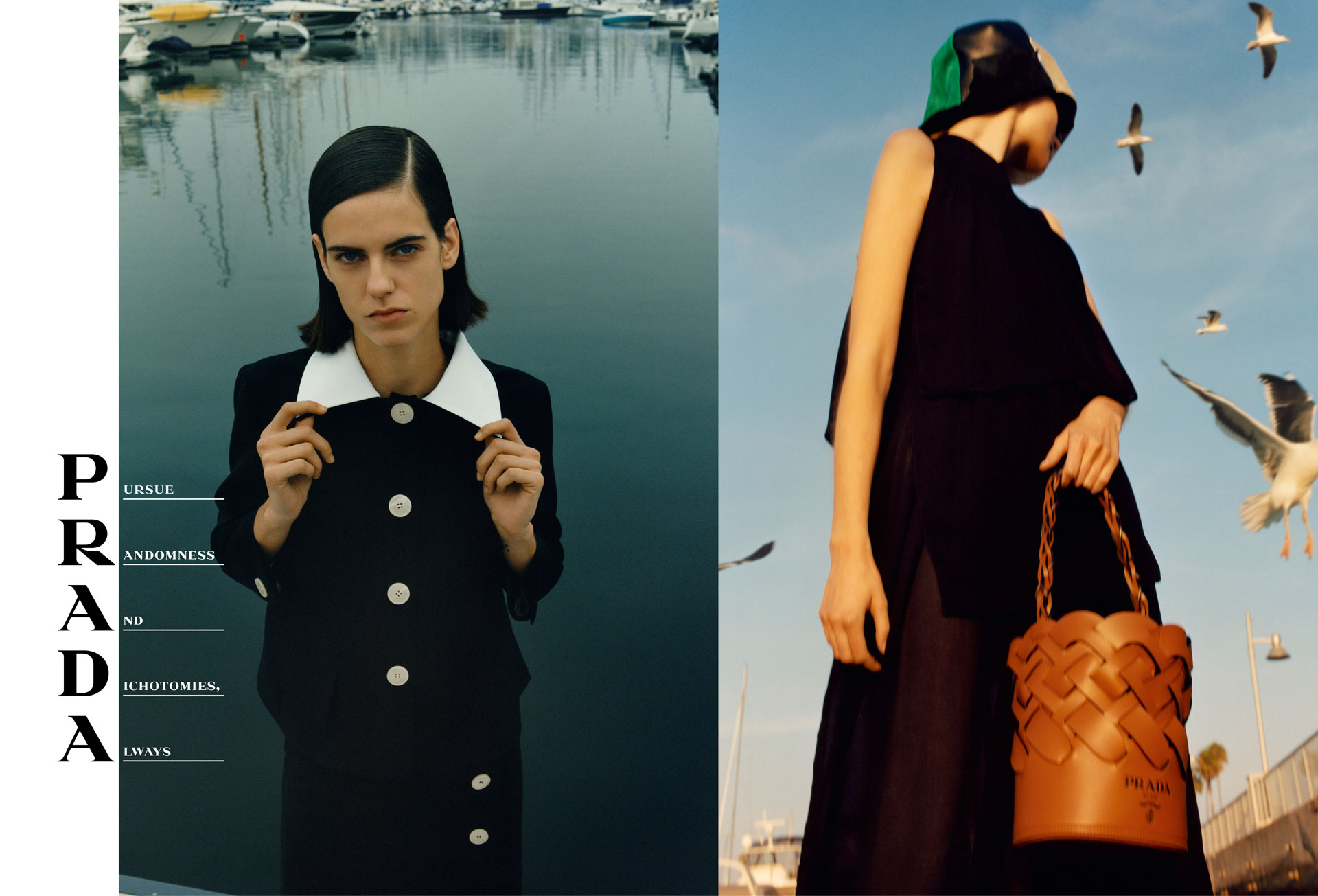 To match the concept each diptych shows two different models in two distinct locations and shot in two distinct ways.  Each image offers differing perspectives and views on women in the world while paradoxically delivering the exact same message: the inability to neatly define the Prada woman and put her into the ‘right’ category is in itself a victory for all women.  It becomes the end goal to be celebrated, not the obstacle to overcome.  And to underwrite that ethos the campaign features models of varied ethnicities, including the women sitting at the intersection of the Venn Diagram between Burberry and Prada, model of the moment Freja Beha Erichsen. 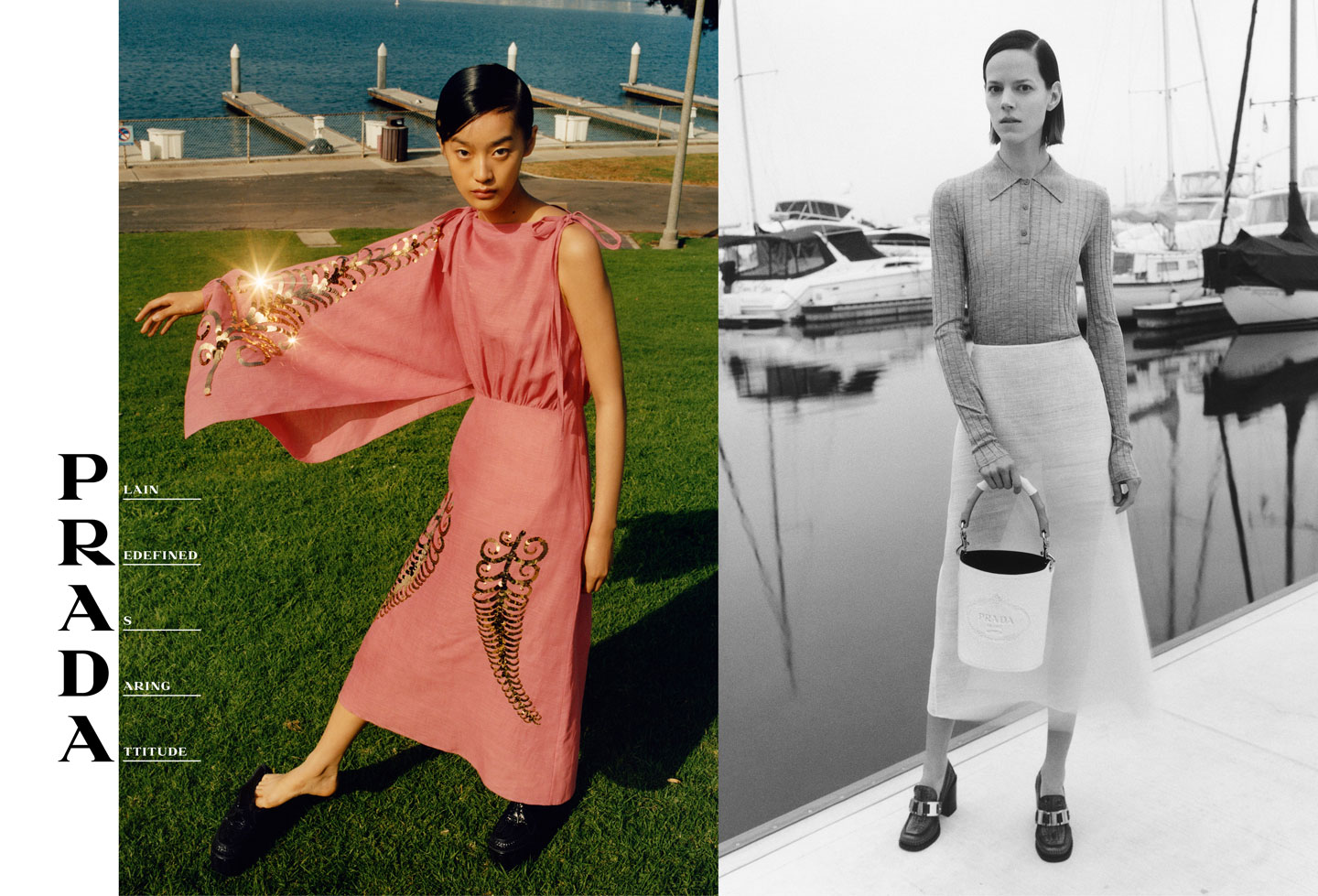