Monogram – by Riccardo Tisci for Burberry

Not everyone in the world knows luxury fashion.  But there are few who wouldn’t be able conjure up Chanel’s interlocking Cs or Fendi’s mirrored Fs in their mind’s eye if those brands were mentioned within earshot.  So it’s a little surprising to think that Burberry hadn’t really leaned into the branding possibilities of their founder’s initials before today.  But this is the kind of exciting thinking new creative director Riccardo Tisci brings to the table for the House of Burberry.

You also don’t have to be British to understand the importance of British heritage.  Tisci’s home country of Italy has its own luminous fashion heritage that forms the essential foundations of all their most famous brands and houses.  Bringing that sensibility with him to London a little over a year ago,  Tisci set to work not only redefining the Burberry style in his own artistic image, but also reinforcing the foundations built by its founder, Thomas Burberry.  As a result we now have Burberry’s breathtaking – and first ever – Monogram collection, built on the founder’s initials, TB. 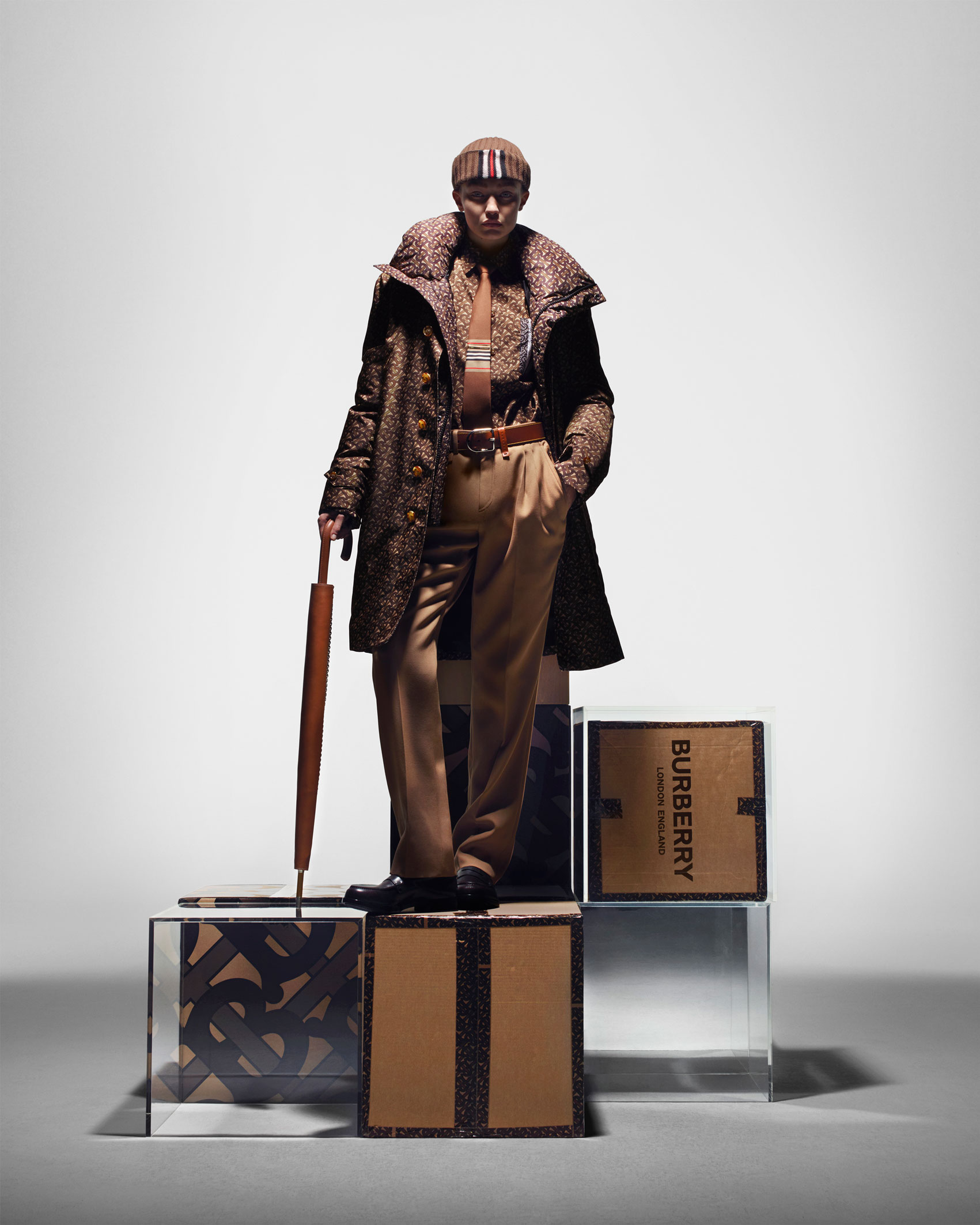 “When I first started at Burberry, I spent a lot of time in the archives researching the rich history of the house. I quickly became very interested in Thomas Burberry and who he was not only as an inventor and innovator, but also who he was as a man, a husband and a father. When I saw an image of his initials, the design felt so special and actually very modern, so I quickly developed it into a new code for the house. It’s a symbol that not only embraces Burberry’s heritage but also feels very contemporary.” – Riccardo Tisci. 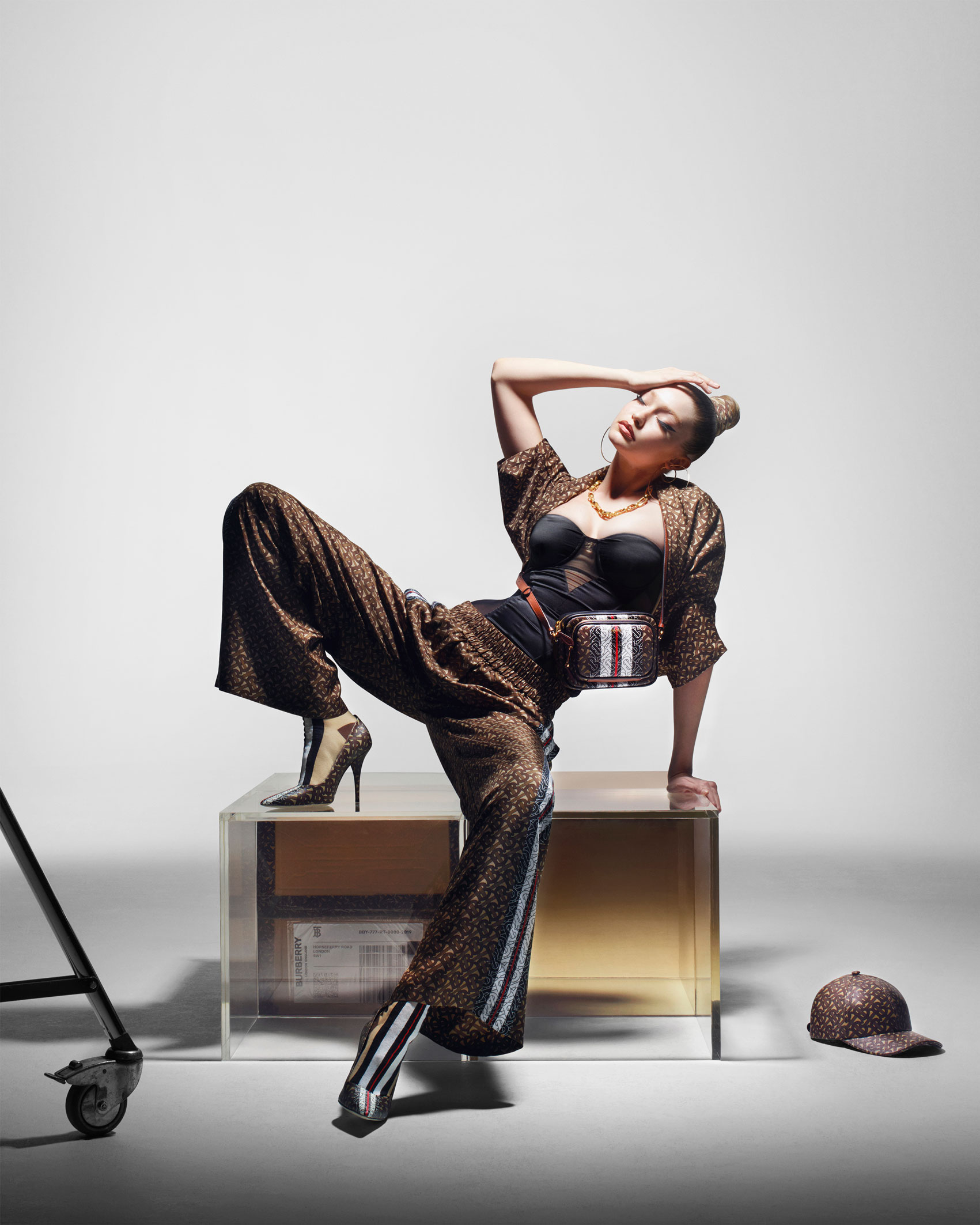 The campaign that accompanies the new collection further illustrates the brave new worlds Burberry is discovering under Tisci.  The campaign, shot by one of our all-time favourites, Nick Knight, features model-of-the-moment Gigi Hadid (did you see her at the Met Gala?) making her Burberry campaign debut and playing four separate and defined personalities distinct to the fashion house.

“The idea behind the shoot was to create imagery that allowed Gigi to play out the four characters of the lady, the gentleman, the girl and the boy in a very simple, stripped-back and honest studio environment. The particular group of people I had the pleasure of working with all share an understanding that the most important goal to achieve in this shoot is Riccardo’s vision and they all add to this with respect and understanding both of the overall vision and the integrity of each other’s work.” – Nick Knight 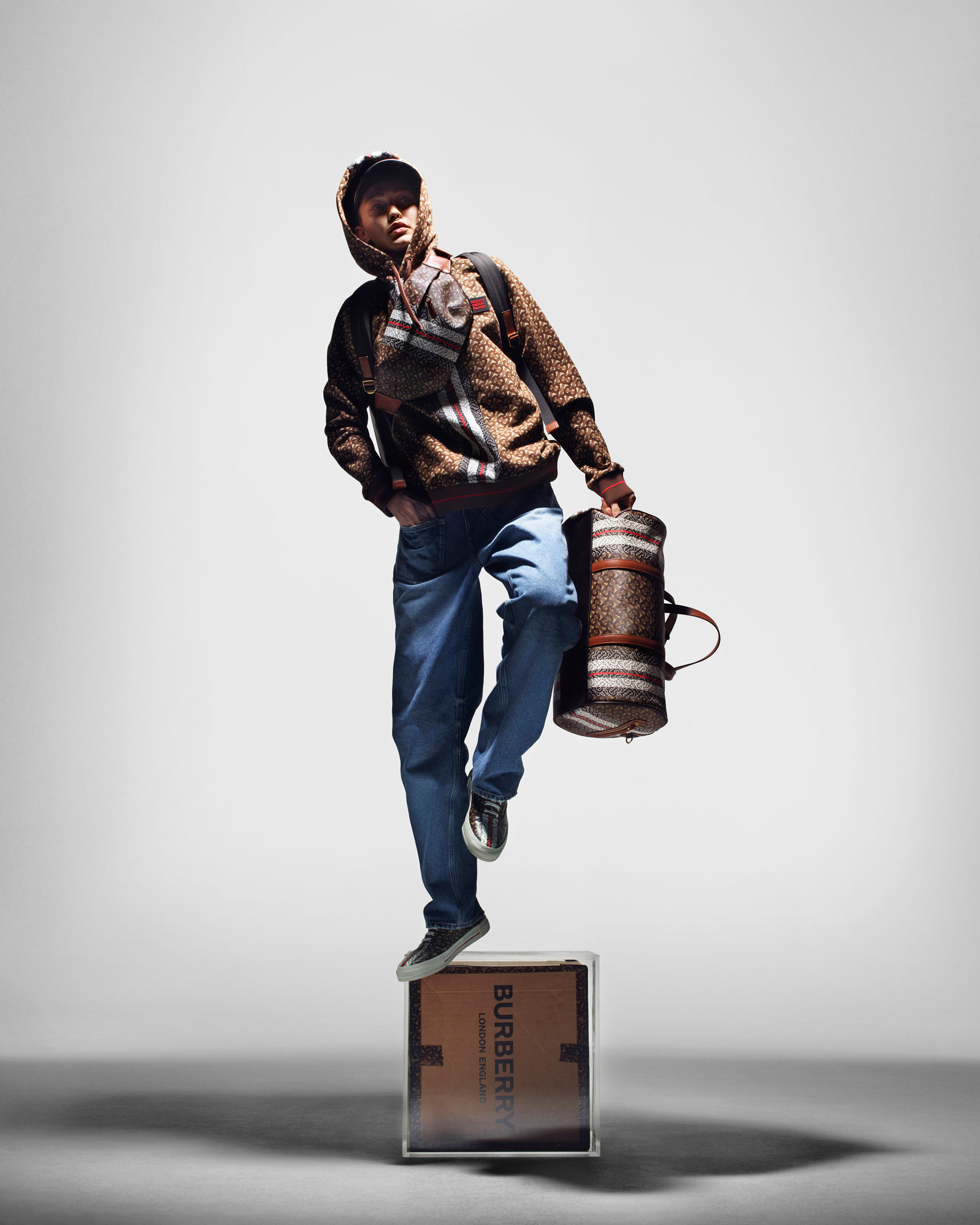 Given just how well Hadid portrays each character on camera (there were real double-takes on first viewing when we realised it was actually her playing ‘the boy’) it may not be too much longer before we see her acting for real on the movie screen.  In fact, to see just how much the movie camera loves her you can watch the film that accompanies the new Monogram campaign at THE FALLtv.  With the collection itself hitting retail on May 22nd, we’re predicting a very good summer for that man at the top, Riccardo Tisci.

To see our last feature on Burberry and Riccardo Tisci click here.