The Knights of Knightsbridge – Nick Knight

At THE FALL we talk a lot about the people who have had real era-changing influence on the history of fashion and/or culture. Nick Knight is one of the few we can talk about who can lay claim to being a distinct and leading figure in both genres. He was right there at the beginning when groundbreaking magazines like i-D and Face began to really define style and fashion for a new generation.  In his 40+ year career he has shown over 60 exhibitions of his work all over the world, founded globally-renowned fashion hub SHOWstudio and worked with some of the biggest names on the planet, like Björk, Kanye West, Lady Gaga, Travis Scott and even the Queen.  True to the cliché, it would be easier to list the people he hasn’t yet worked with in his career. 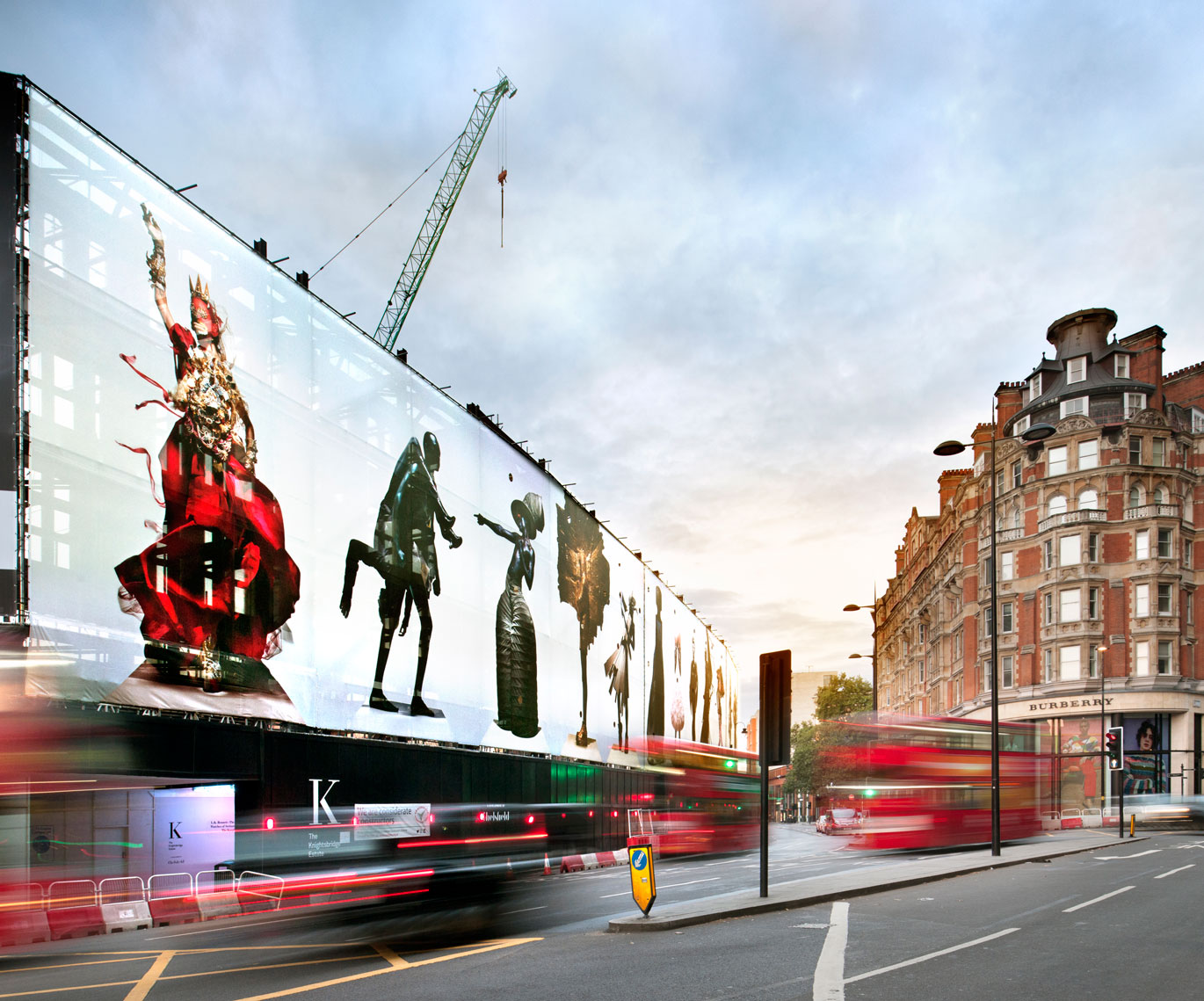 With a history and a reputation like that you wouldn’t think there would be much you could throw at Knight that might make him step back with wide eyes.  Having your work be an actual integral part of the London landscape though, that would surely spark some life into new creative neural pathways.  When luxury property developers Chelsfield were gearing up to undertake a new massive development at London’s Knightsbridge Estate last year they knew it was far too fashionable an address to simply dress it up in metres of scaffolding and non-descript tarpaulin.  So they commissioned Nick Knight to literally dress the development in his own very unique way.  As Knight himself said at the time:

“I was thrilled when Chelsfield offered me the opportunity to make an installation on such a huge scale and time frame. I decided to work with the most spectacular and otherworldly fashion, both old and new – from established fashion houses to young students. I took inspiration from historic references as well as the area’s name and decided to create a ‘Frieze’ based on a multi-cultural, global interpretation of classical knights. I also looked to the historic architectural tradition of heroic characters high up on buildings that watch over cities and communities.” 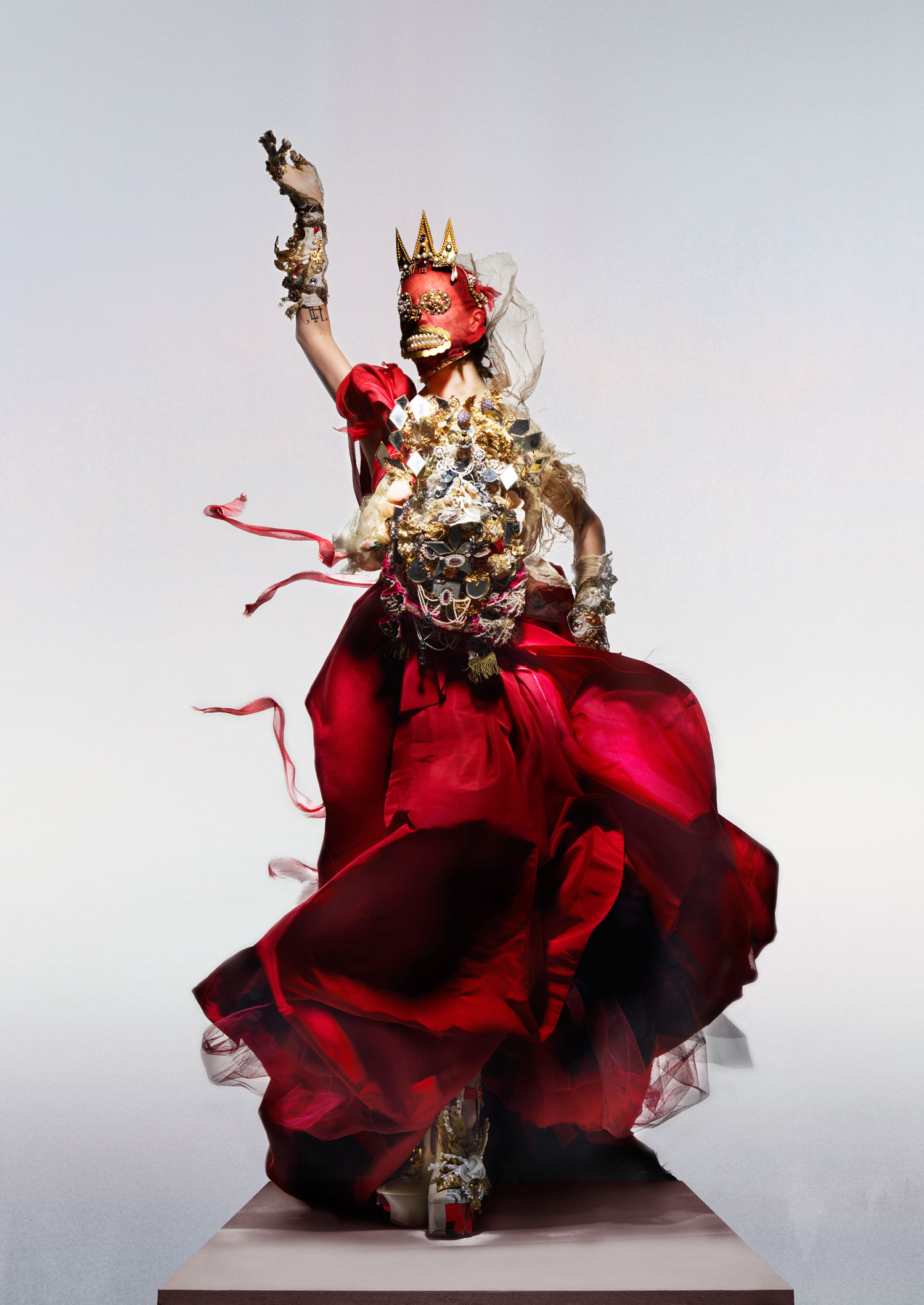 Given the size and complexity of Chelsfield’s development Knight’s installation was commissioned to be in situ for at least 18 straight months, to be viewed by up to 30,000 people per day over its lifetime.  With that kind of potential exposure on the line Knight knew whatever he created had to be a bonafide show-stopper.  The final result is a truly spectacular giant panoramic installation that covers the entire Knightsbridge development at the intersection of Sloane Street and Brompton Road in SW1 (Knightsbridge tube station on the Piccadilly line).  Eighteen awe-inspiring images featuring models wearing ‘armour-like’ designs – echoing the armoured (Nick) Knights of a bygone era – from major designers like Gareth Pugh, Yojhi Yamamoto, Rick Owens and John Galliano.  The entire installation itself stands an impressive 11 metres tall and stretches for over 120 metres. It’s a genuine ‘sharp intake of breath’ moment when the entire spectacle first looms up over you. 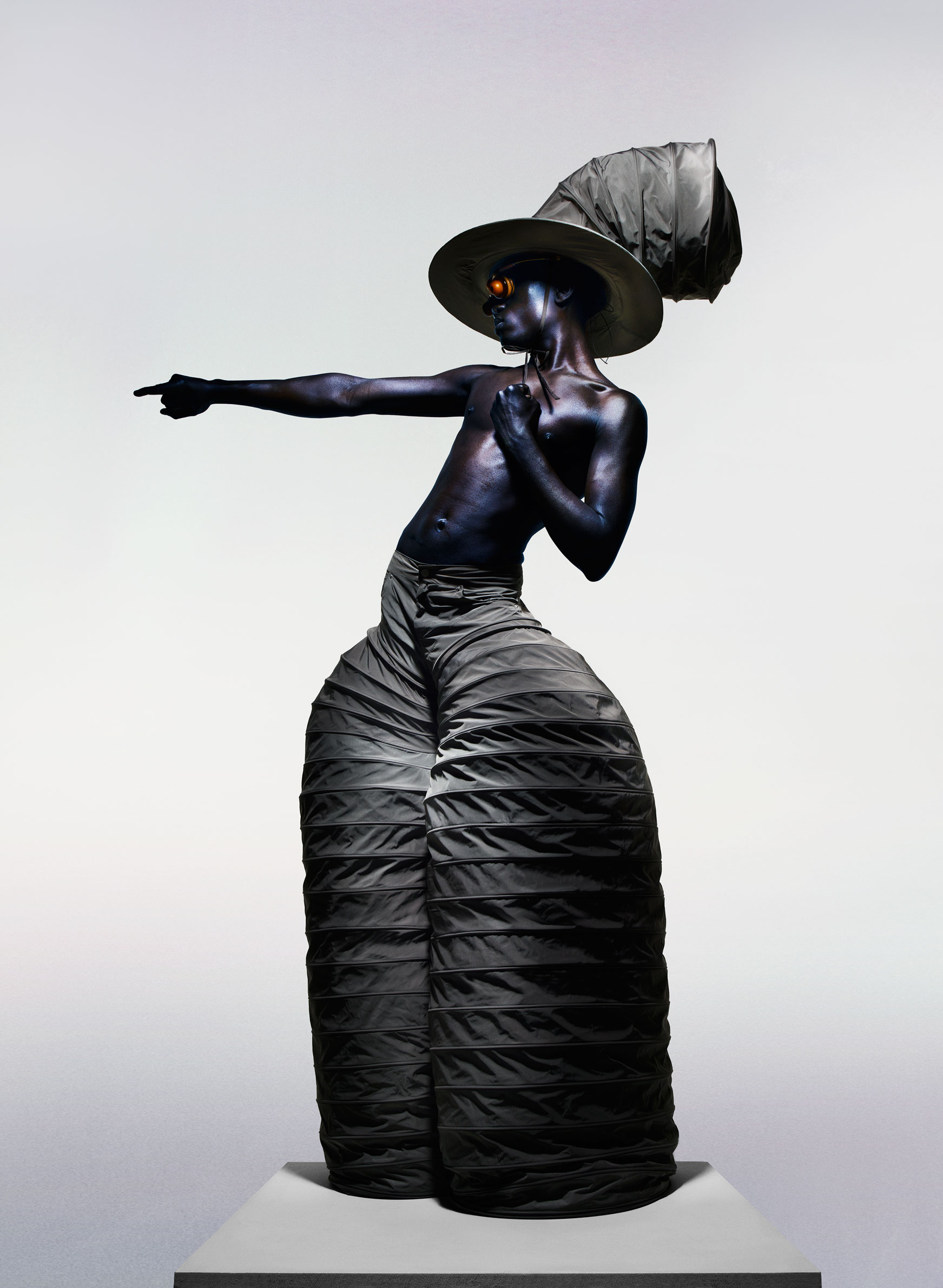 This unique creation will be on display (as long as there is building work to hide) until at least the summer of 2019. Just make sure you find a safe place to take it all in from.  People in Knightsbridge are very rich and very busy. No matter how spectacular the creativity is you’re looking at, they will physically move you out of their way with little compunction.  For many though it will be worth taking their lives into their own hands for their first introduction to the wonderful world of Nick Knight.

To read our next feature on major fashion exhibitions click HERE.  To read the previous feature click HERE.