Couturissime – Thierry Mugler at the MMFA

Few designers define a particular moment like Thierry Mugler once did. A huge new exhibition in Montreal is about to remind us why.

There’s an argument to be made that Thierry Mugler was the original bad boy of fashion.  He was definitely as controversial as he was eccentric (he insists on being called by his full legal name now, Manfred Thierry Mugler.  We’re not quite sure why).  But no-one could argue that he wasn’t also a mad scientist when it came to fashion design that perfectly described an era.  The Eighties was a time of excess and opulence where glitz and glamour ruled.  The genius of Mugler at his height was to take that excess and, literally, fashion it into a form of wearable art.  And, as we all know, art has always been such a valuable commodity in the world because art ages well. 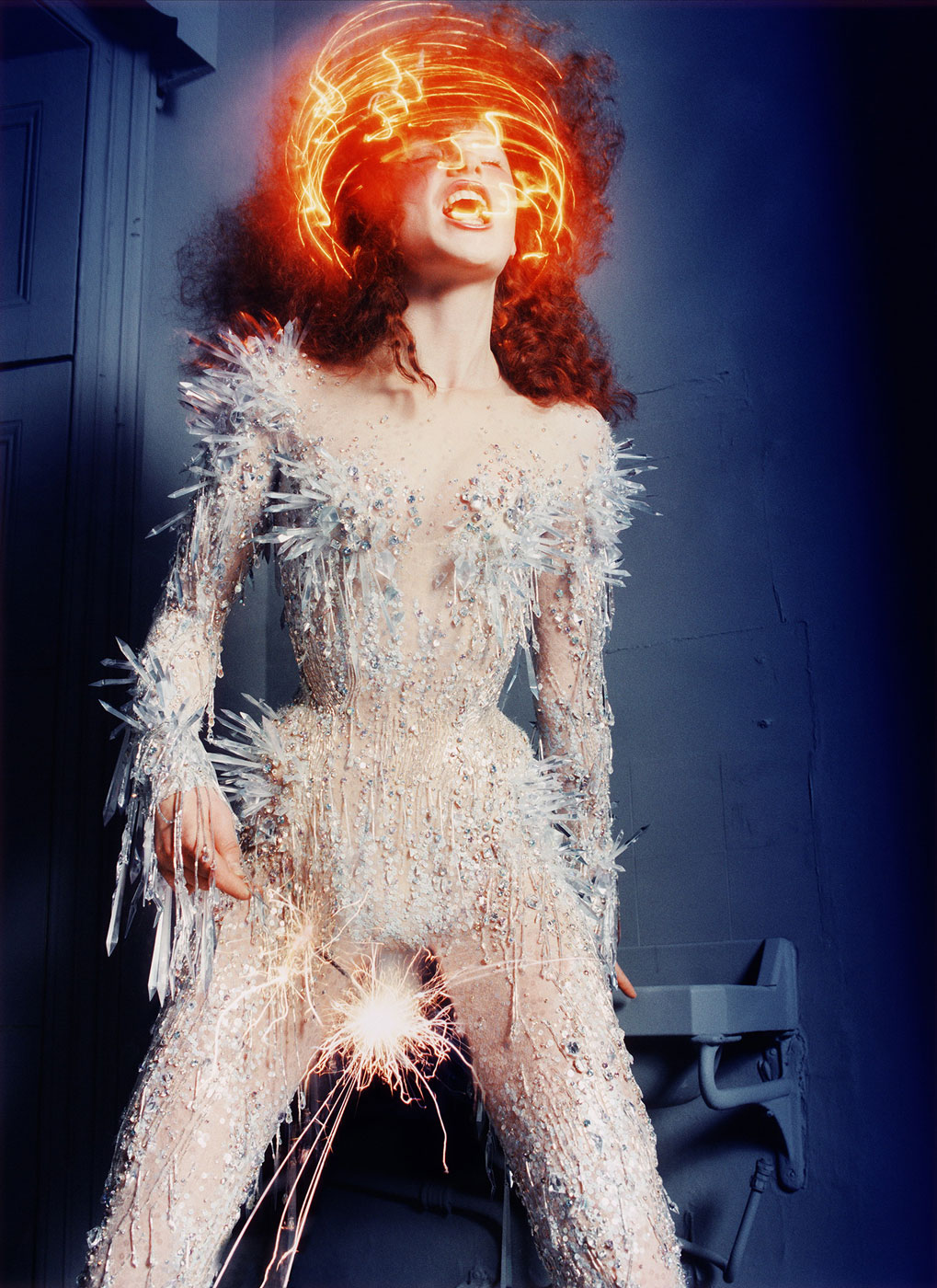 When Mugler and the fashion industry parted company around the turn of the new century his unique talents found a natural home designing avant-garde costumes for the tours of Cirque du Soleil and Beyoncé.  He directed short films and video clips in his free time and he’s an accomplished and published photographer.  Mugler also has a phenomenally successful partnership with cosmetics giant Clarins that has given us some of the best selling perfumes of the last two decades (in an industry of flamboyant and eccentric names for perfumes ‘Alien’ has to be the one of the best). 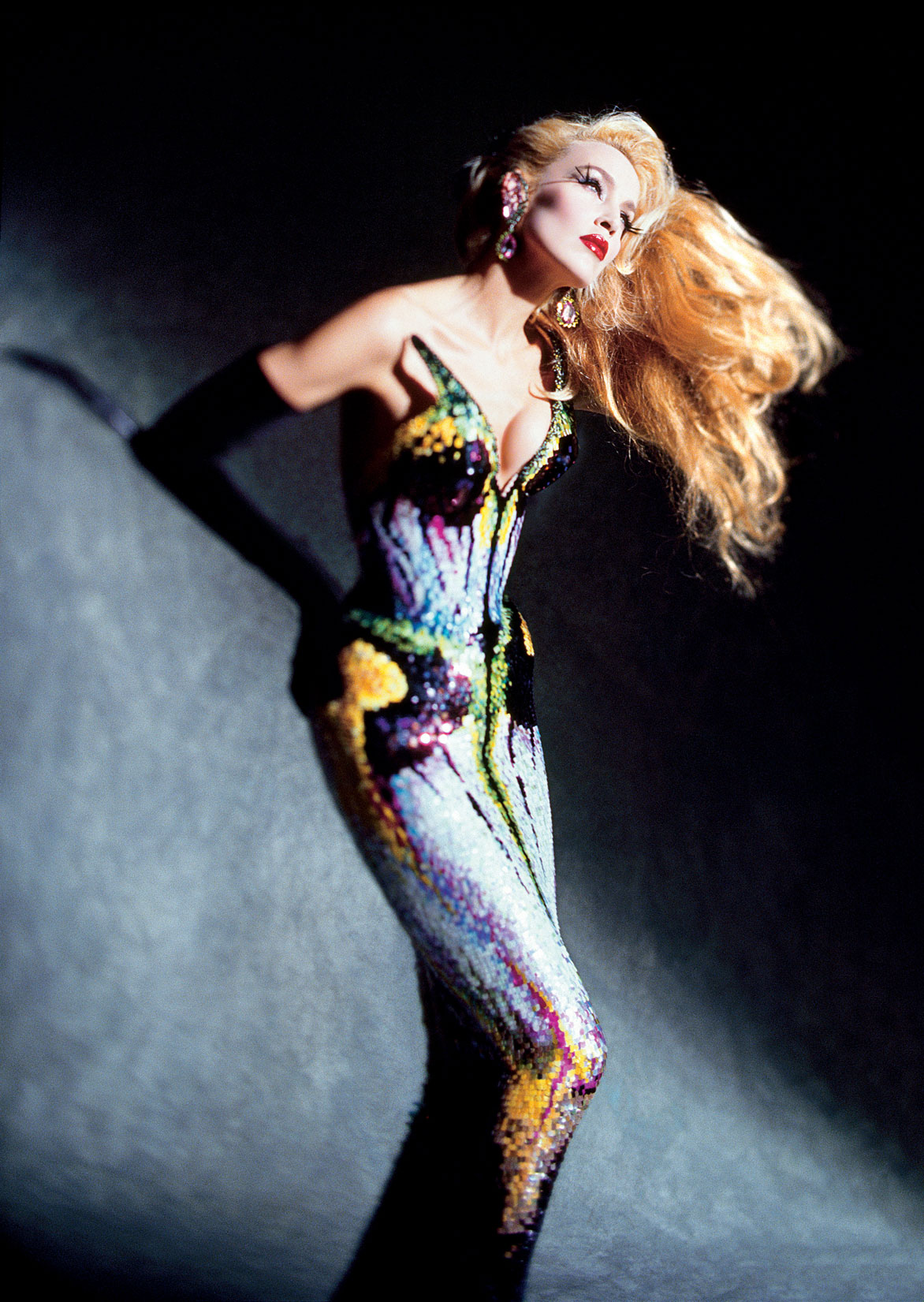 But Manfred Thierry Mugler, at his essence, is a fashion designer.  An artist.  To recognise and celebrate this fact Thierry-Maxime Loriot, Exhibition Curator at the Montreal Museum of Fine Arts (MMFA), has assembled an exhaustive retrospective of Mugler’s finest life’s work that will be touring the world during 2019 and 2020.  As he explains:

“Thierry Mugler not only left his mark on his era, he revolutionised fashion with his creations in sculptural forms that are both futuristic and elegant. He staged the most spectacular fashion shows and breathed new life into haute couture, notably through the use of new materials such as metal, latex and faux fur. His distinctive style transcended trends, and continues to influence a new generation of couturiers.” 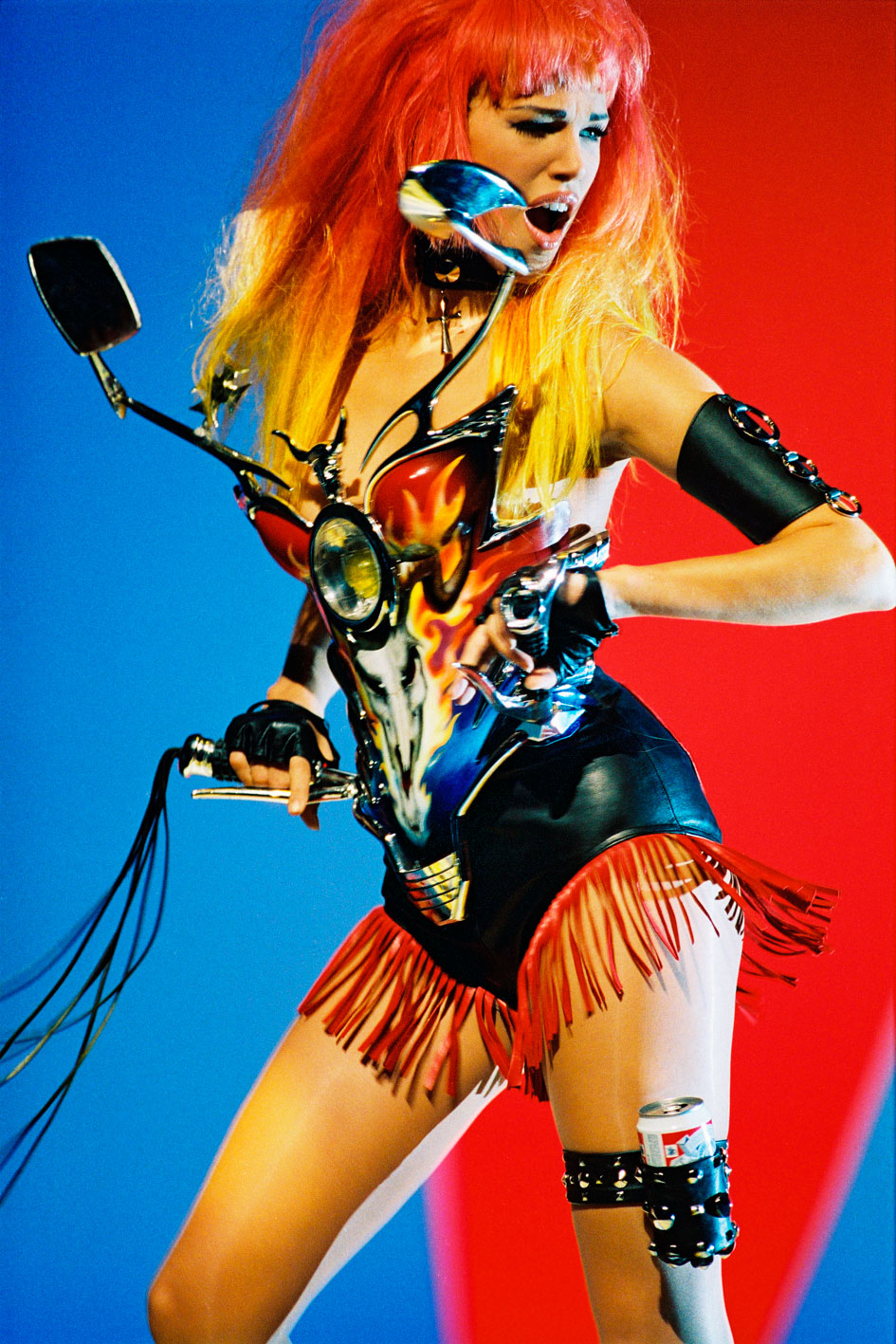 Starting at the MMFA in Canada and showing there until September 8th, the exhibition covers the period from 1977 all the way up to 2014.  The chance to see over 150 extraordinary and sometimes iconic fashion creations IRL will always be the main attraction for the artistically minded.  But the sketches, archive footage and images from the likes of Karl Lagerfeld, Ellen Von Unwerth, Mert and Marcus, Herb Ritts and Helmut Newton is what really puts Mugler’s legacy in the history of fashion into context.  Once the show closes in Montreal everything down to the last shoelace will be transposed, en masse, to Rotterdam until March next year when it then moves to Munich for another five months.  Manfred hasn’t been one to live his life in the media spotlight very much during his career.  So if you want to get a real introduction to one of the true mavericks of fashion history Couturissime will be in a hemisphere near you soon. 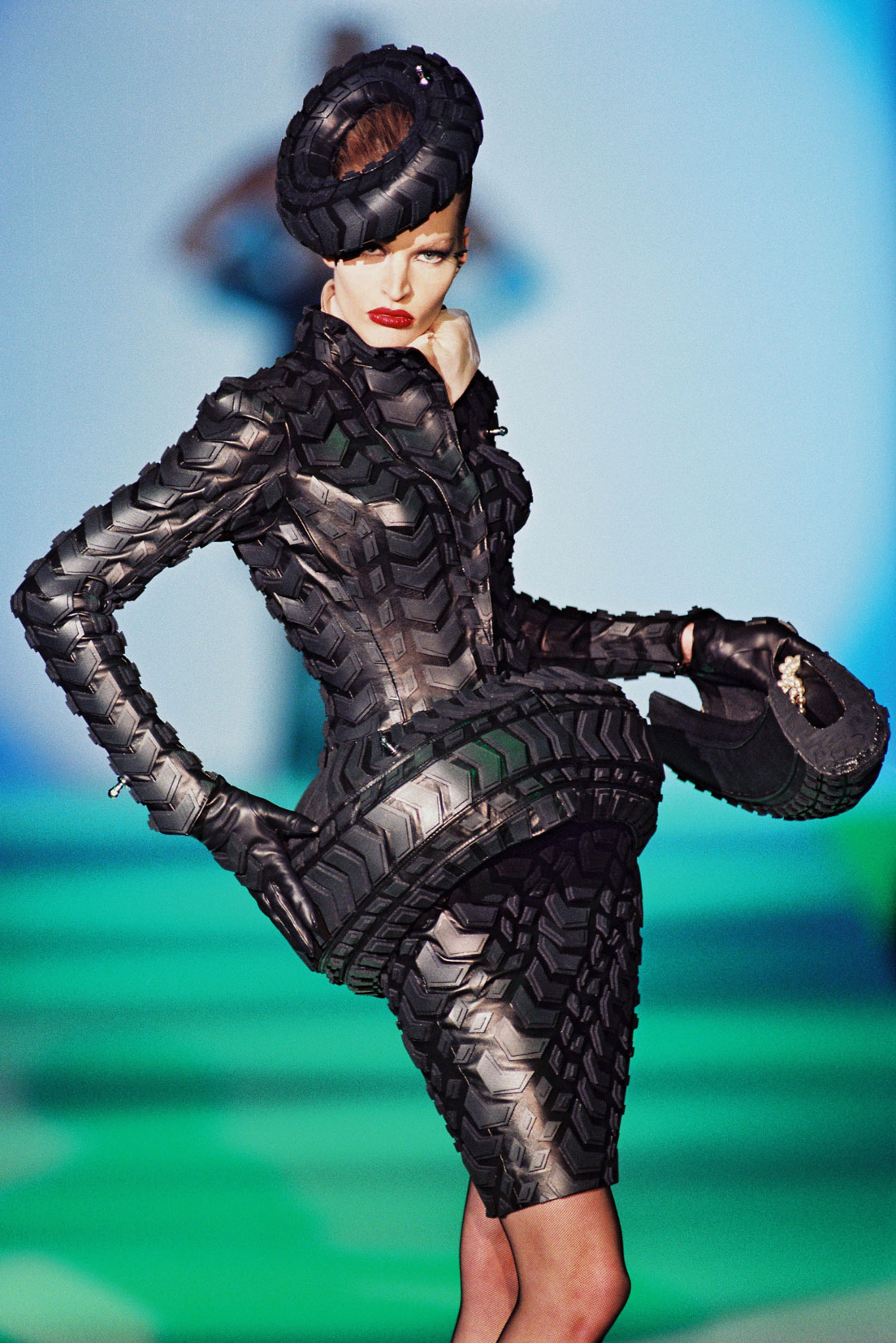