When it comes to luxury fashion campaigns there’s always something more to consider in each image or video than just the clothes you can see.  Thought provoking is just another way of saying ‘engaged’ which is the holy grail in marketing for any brand in any industry.  And, for the best campaigns, different people will will be able to take different things from each one.

In the second part of our look at the new 2020 fashion campaigns for next season we find different approaches, famous names, exotic locations and even slight subversions of expectations to keep the viewer engaged.  What remains consistent however is the artistic efforts made to create something that either inspires or provokes: 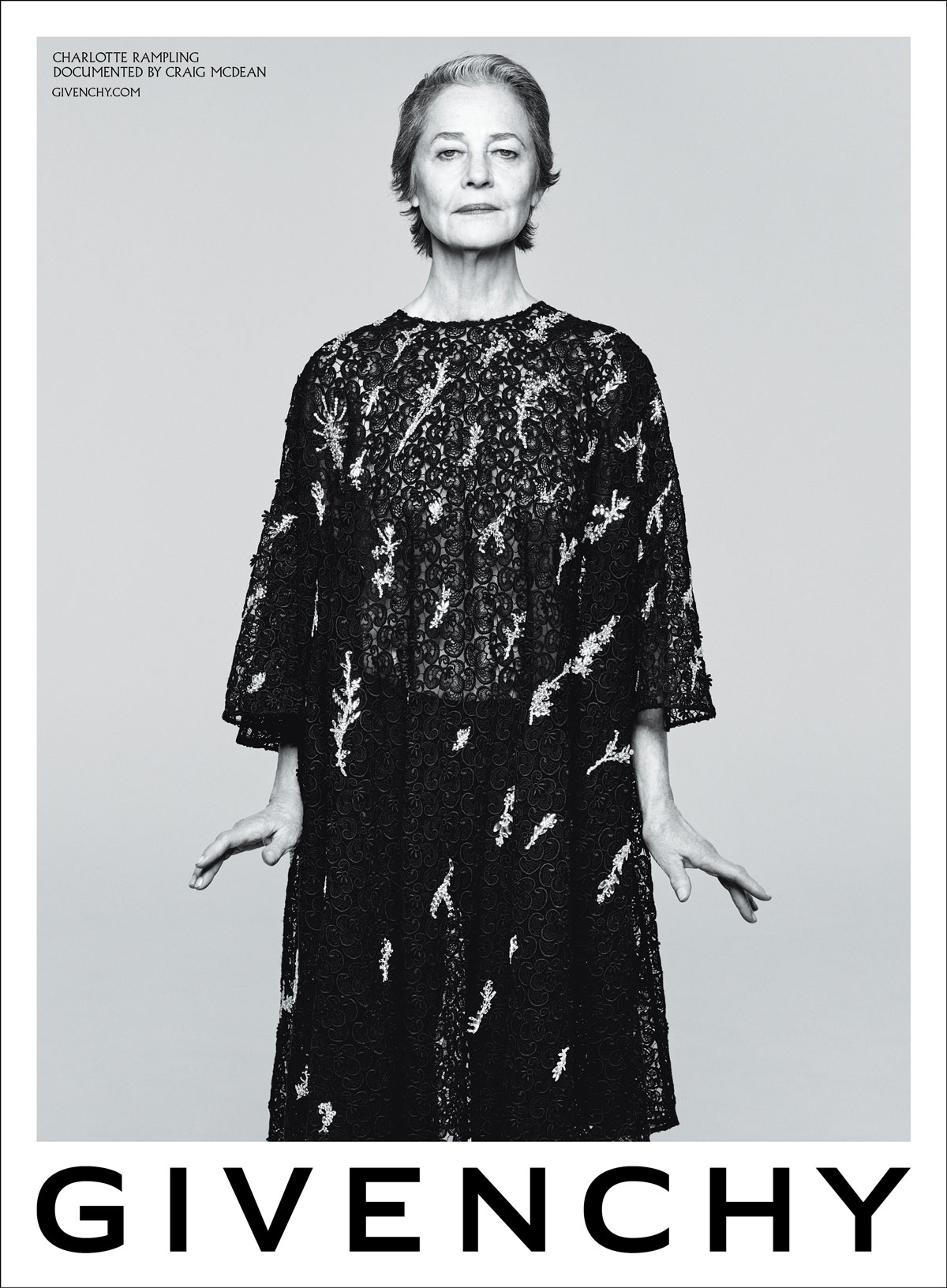 It’s an often under-reported fact that Clare Waight-Keller was the first woman to be appointed artistic director at the house of Givenchy in its illustrious history.  Bold appointments like that naturally leads to subsequent bold decisions on their behalf.  Nowhere can that be seen more clearly than in their new campaign for the summer.  Made to invoke memories of the classic ‘Givenchy sitting’ images from its heritage, photographer Craig McDean’s stark black and white photos features English acting legend Charlotte Rampling and, somewhat improbably, American fashion designer Marc Jacobs. 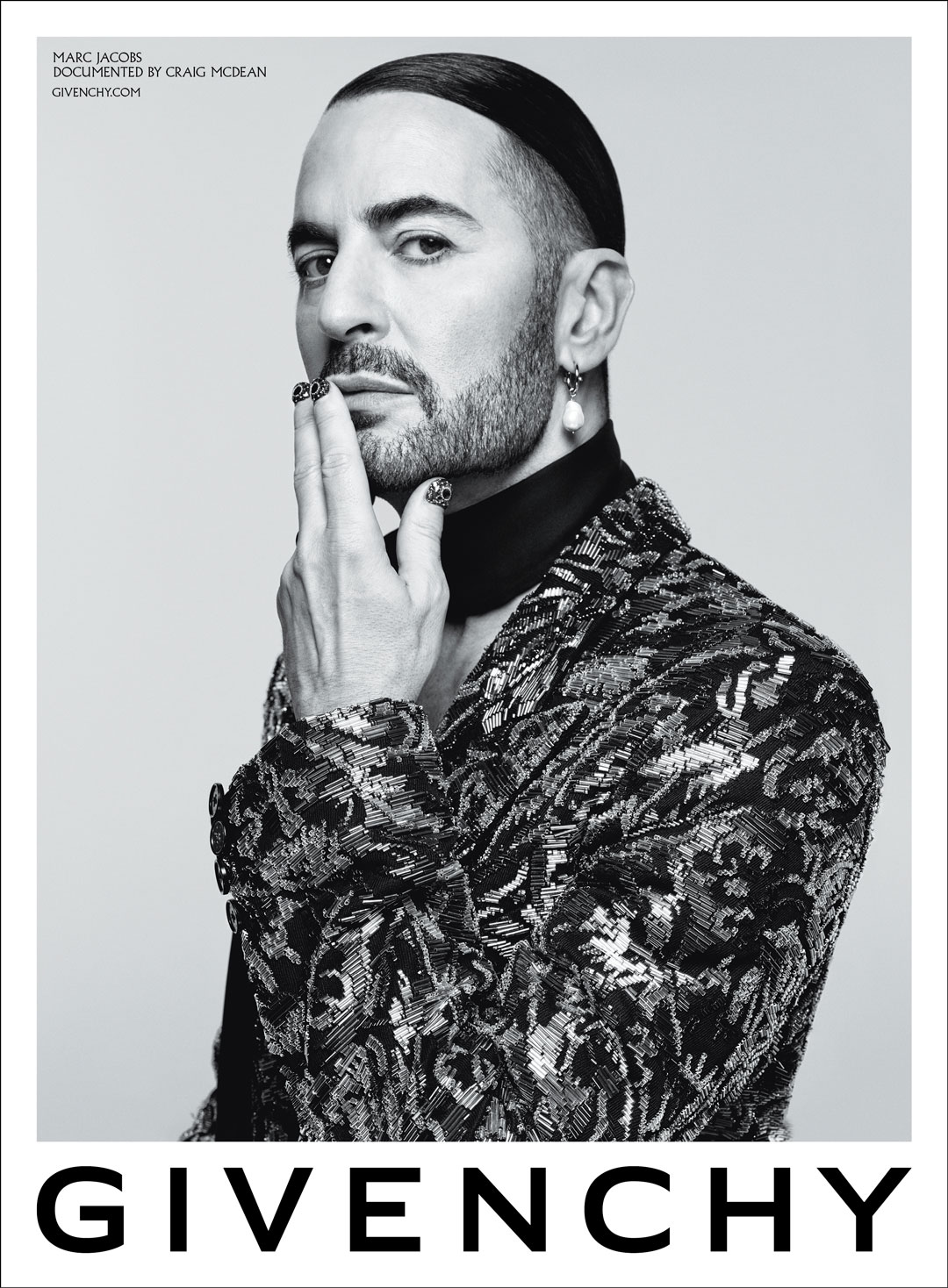 These images, along with an accompanying video clip, represent the first wave of the spring/summer campaign and cleverly sets up real anticipation for what else they have in store for us in the next instalments in the series. 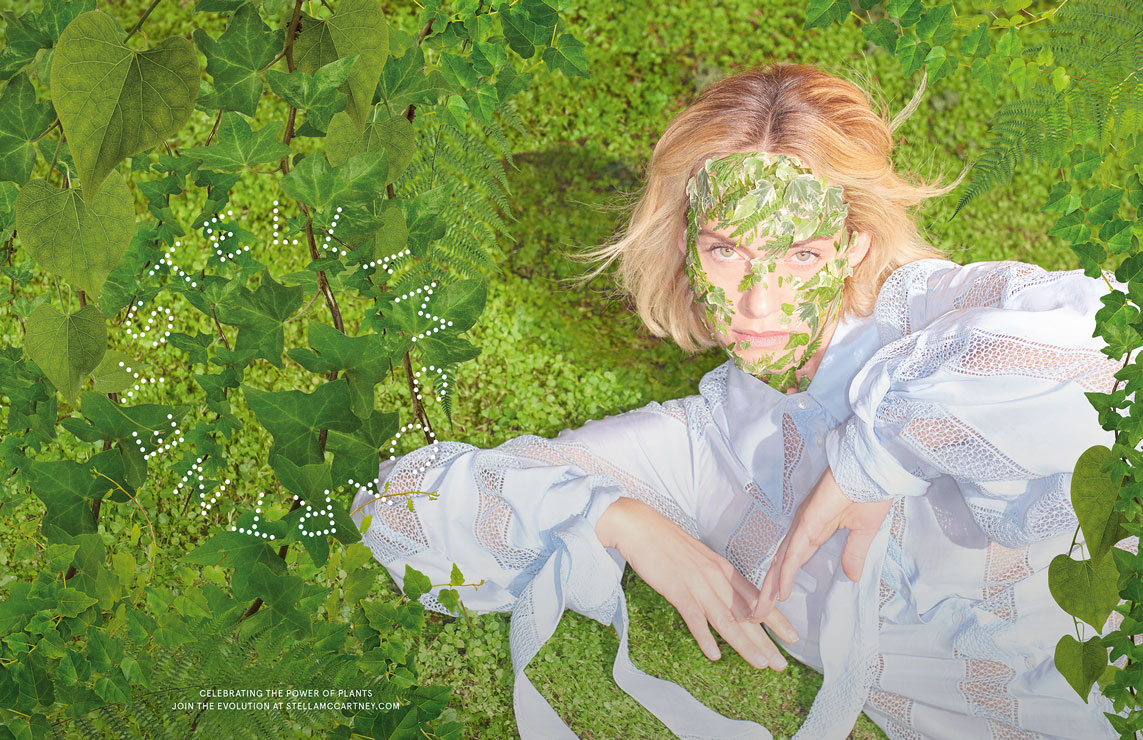 Actress, model, activist and brand ambassador Amber Valletta returns to lend her weight to another McCartney campaign that again leans heavily on the brand’s environmental credentials.  The campaign images themselves are particularly notable for just how much plants and foliage dominates each frame – almost as though the direct reference is that McCartney’s clothes are in perfect harmony with nature.  In fact, one of the images in particular seems to indicate the clothes themselves are an indistinguishable part of nature. 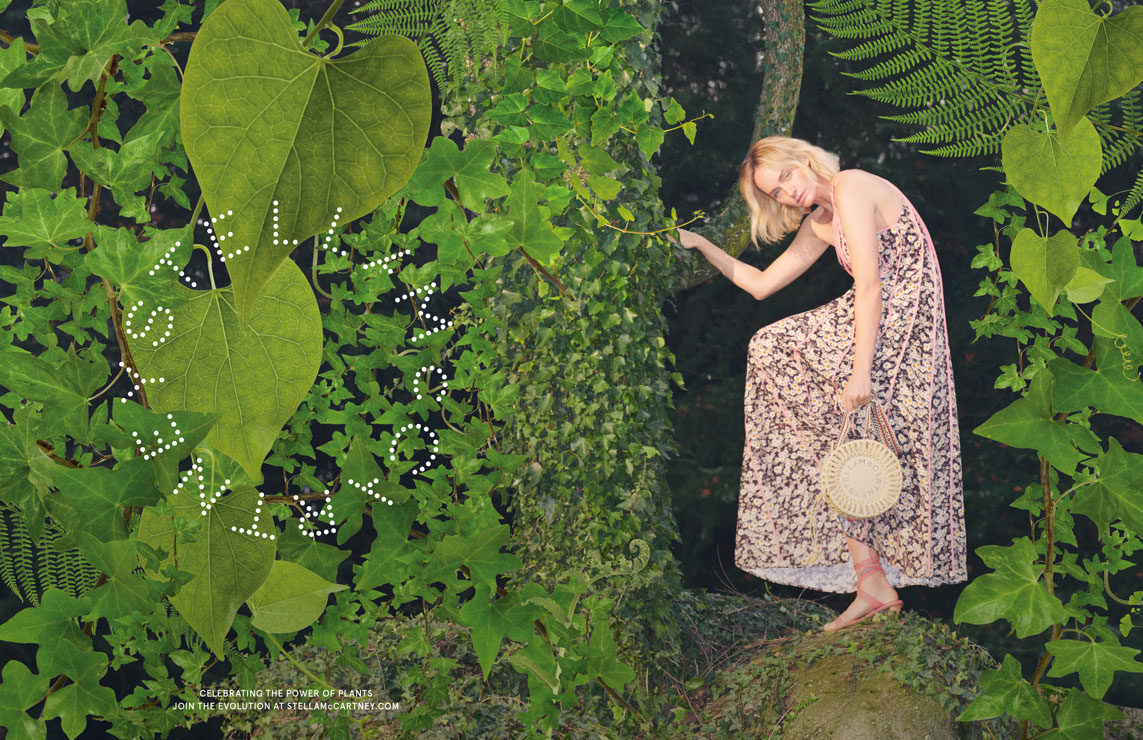 For anyone who may miss the visual symbolism, the slogan for the campaign – Celebrating The Power Of Plants – reinforces the cornerstone principle at the core of the brand. 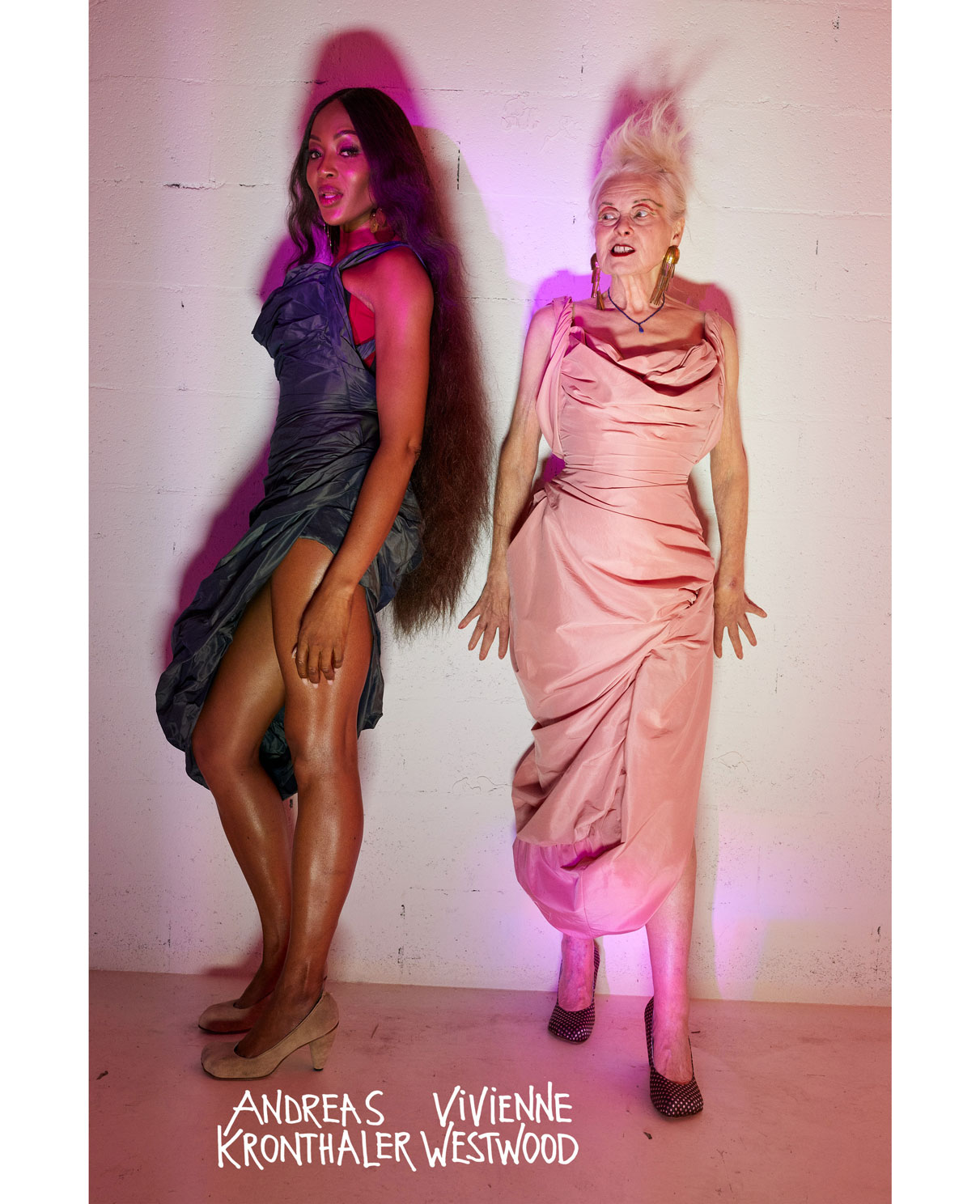 The artistic direction for Westwood’s new campaign should come as no surprise to those who recognise the designer as one of the original queens of English punk.  Andreas Kronthaler’s addition to the creative engine behind the brand has only served to further enhanced the wonderfully left-field take on luxury fashion Dame Viv has been know for her entire career.  So here there are no exotic locations or over-produced set-ups.  There’s just an intense of realism deliberately colliding with high art designed to make people stop and ask questions about what it is they are really seeing. 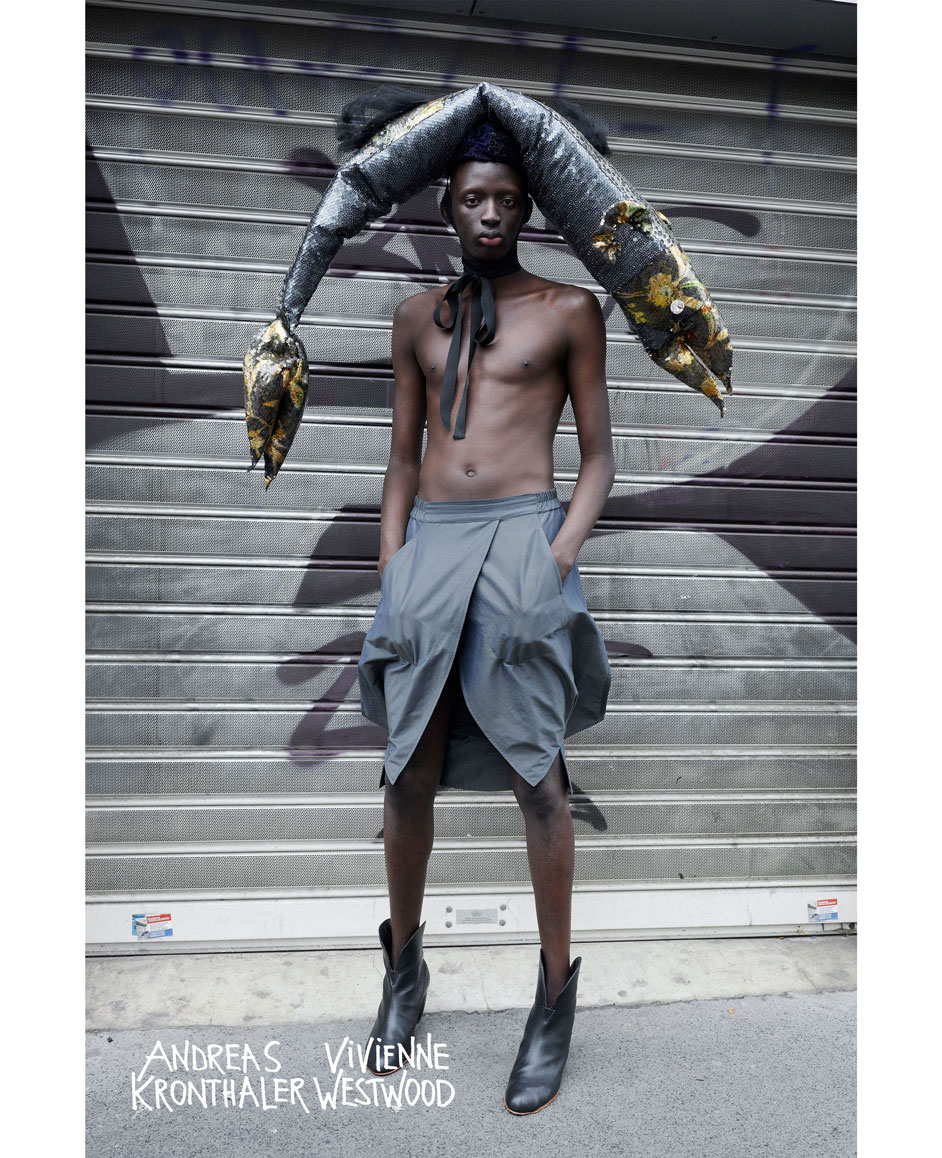 While catwalk royalty Naomi Campbell adds real star power, it’s always the addition of Dame Viv herself in each campaign that makes them special.  Arguably, there is no other designer in the industry who could appear in their own campaigns and for it to seem perfectly natural.  In fact, the campaigns would actually seem odd without her. 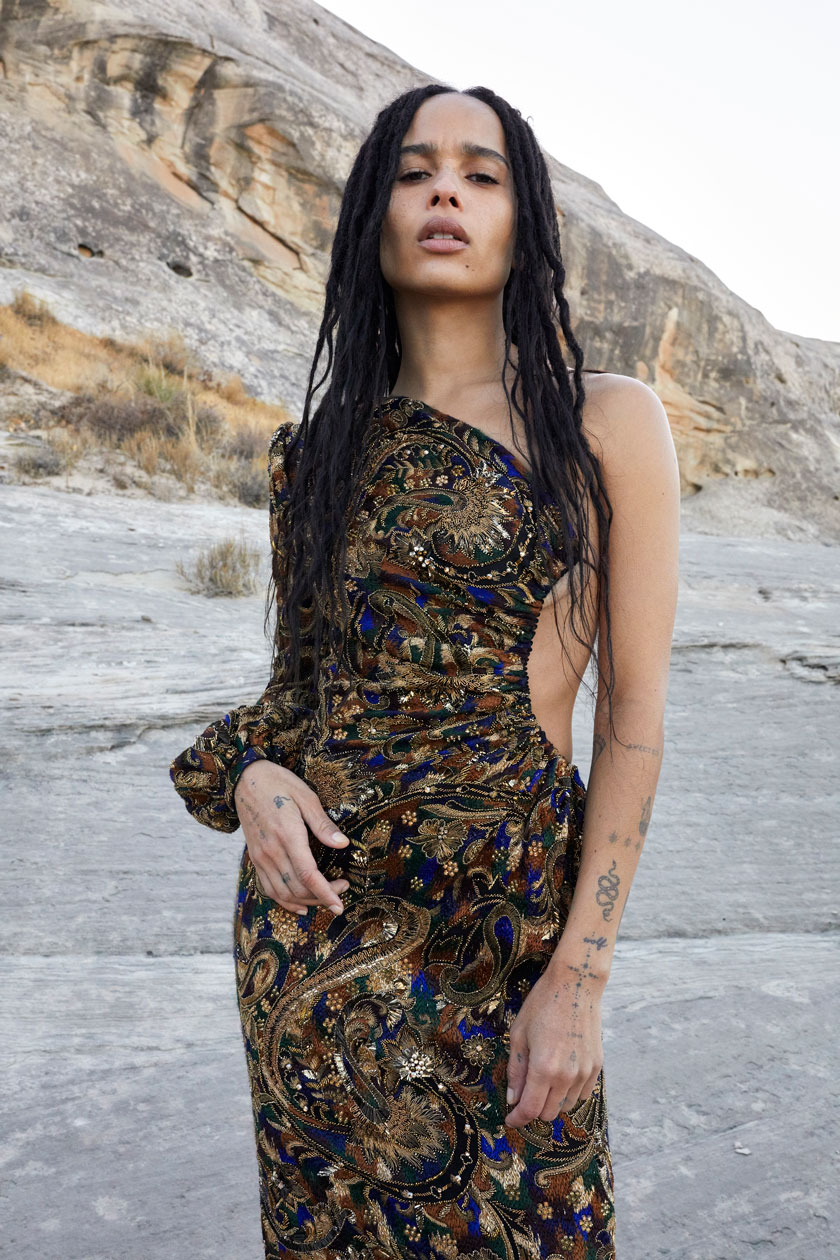 Creative director Anthony Vaccarello’s vision for #YSL31 this summer juxtaposes high fashion more used to be being seen in metropolitan cities at night with an arid, Arizona desert-like location.  It’s a dynamic that almost begs the question: what happened the night before for them to end up here?  Glamorous evening cocktail dresses and sun-bleached rock formations are not your typical bedfellows but it does provide Saint Laurent with a very stark canvas on which to display their art. 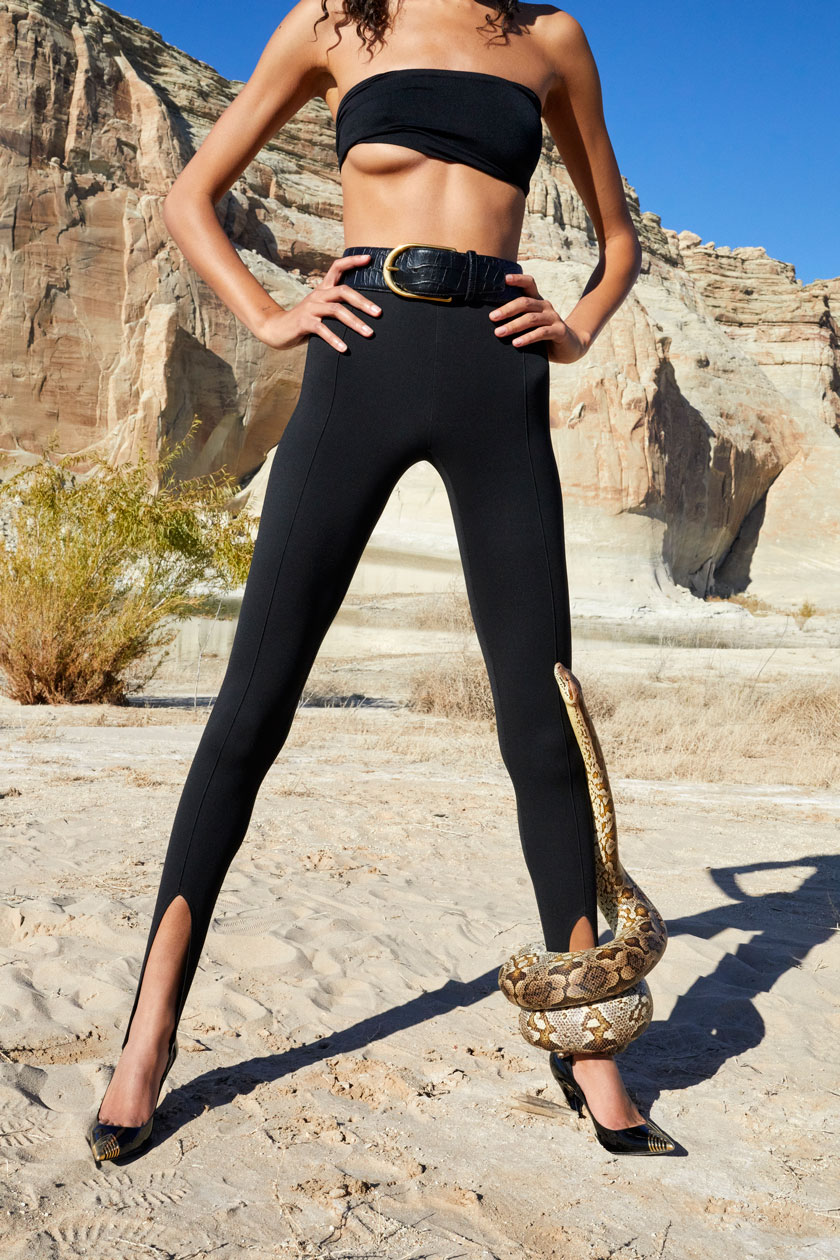 Actress Zoe Kravitz, herself the daughter of two giant creative talents, is a perfect addition to the campaign but yet she shares top billing with something else better suited to the location – a rattlesnake called (we kid you not) Charlie Brown.   It’s creative like this that makes Saint Laurent such an exciting brand to follow. 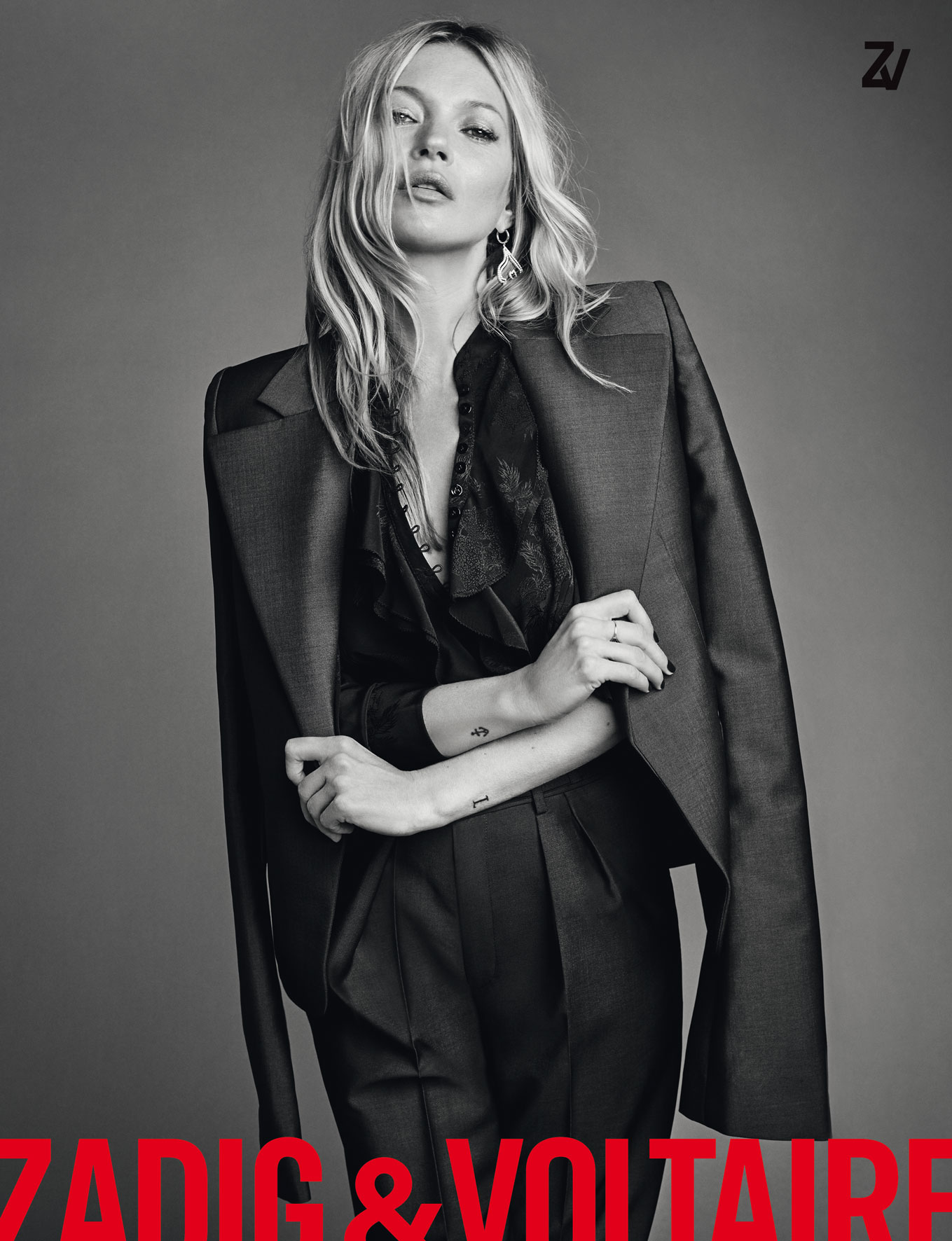 Z&V’s new campaign leans heavily on their recent association with their new brand ambassador – and the other English queen of the catwalks – Kate Moss.  This is a simple campaign that is just about Kate and the clothes, no other distractions needed (not even shoes).  Here it’s the stimulating designs that will do the talking. 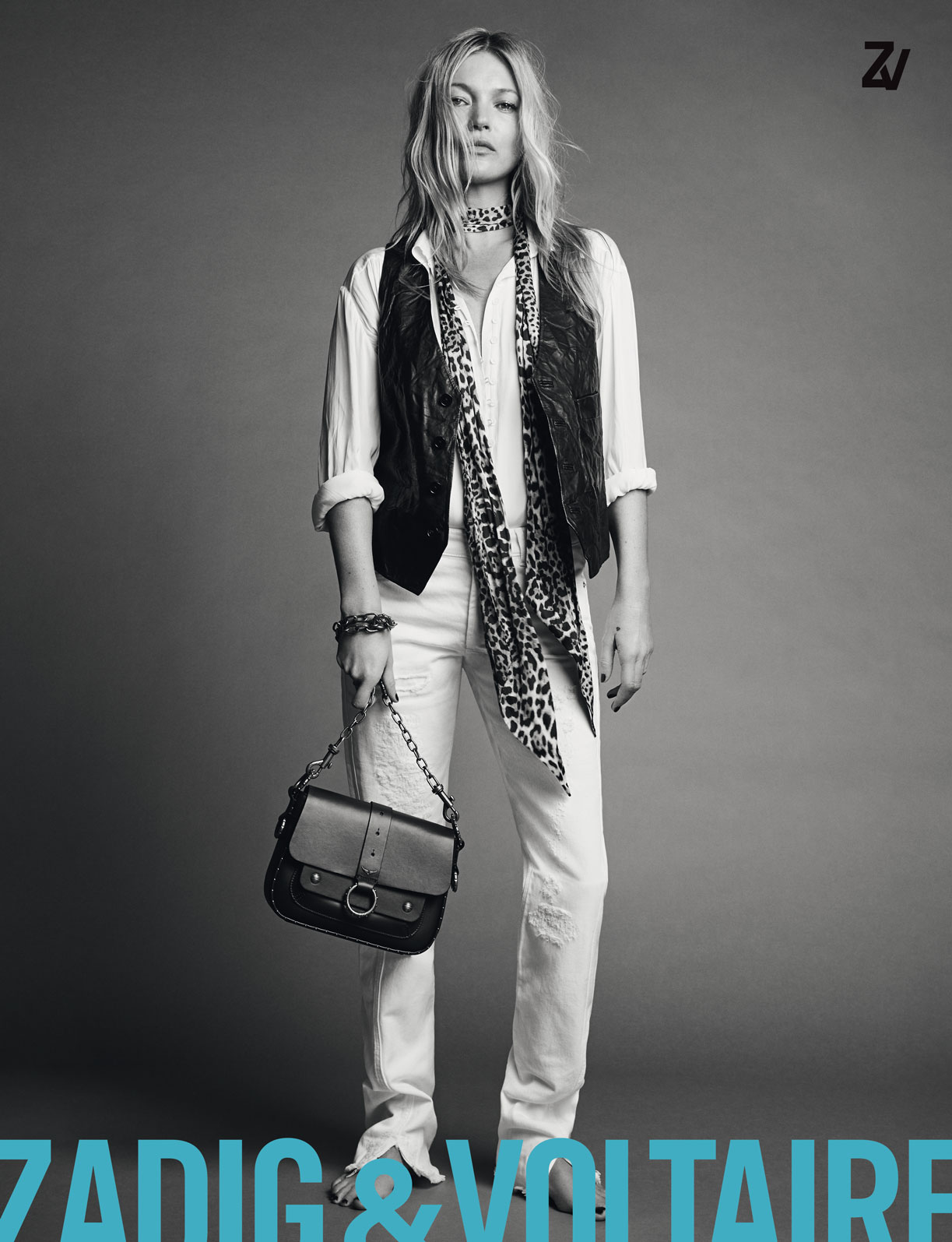 Notable about the campaign is that all the images are in vivid monochrome, with the only colour coming in the form of the various bright tones for the cropped logo at the bottom of each layout.  It’s only one of two campaigns in our list shot entirely in black and white, which is an unusual choice for the summer but makes them stand out all the more for that reason.  The video to this campaign, however, is not so strict with the colour palette and makes full use Z&V’s association with rock music.

Visit our YouTube channel to see videos from these campaigns and for a bonus 2020 campaign video from Moschino visit THE FALLtv.

Click here to see part 1 of our feature on SS2020 fashion campaigns.