The art of fashion campaigns is a very specific discipline.  There are so many different components and considerations that go into each one that it sometimes becomes easy to spot the ones where there have perhaps been too many cooks in the kitchen and/or not enough joined up thinking.  It can be a real minefield of competing interests and visions.  But when it’s done right there’s no doubt that these very specific projects not only have the effect of positively affecting a company’s bottom line but also could be (and previously has been) elevated to stand-alone exhibition art by itself.  With that in mind, in the first of a two-part feature we take a look at some of the best new campaigns for the coming spring/summer season that look certain to fulfil that artistic and financial promise: 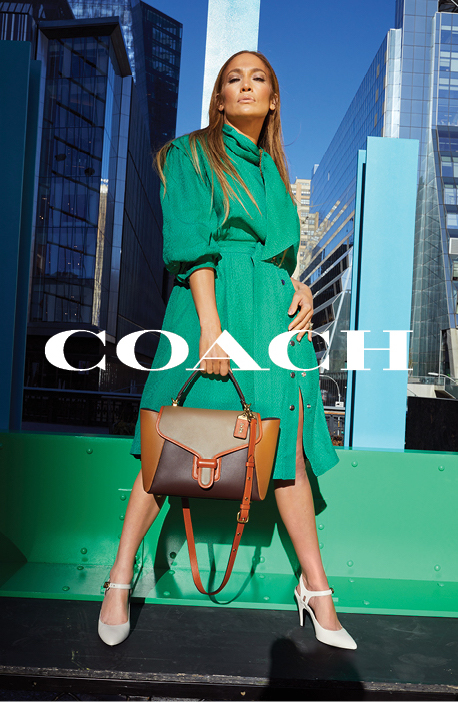 The Originals Go Their Own Way campaign for the slick New York stalwarts finds entertainment superstar J.Lo joining veteran Coach ambassador Michael B. Jordan in front of the camera for the first time.  With Jordan currently riding high on the global critical acclaim of his latest movie Just Mercy and Lopez’s current resurgence about to go through the roof with her upcoming and highly coveted half-time show slot at the Super Bowl this Sunday, Coach have certainly hitched their wagon at the right time to two people with massive creative credibility. 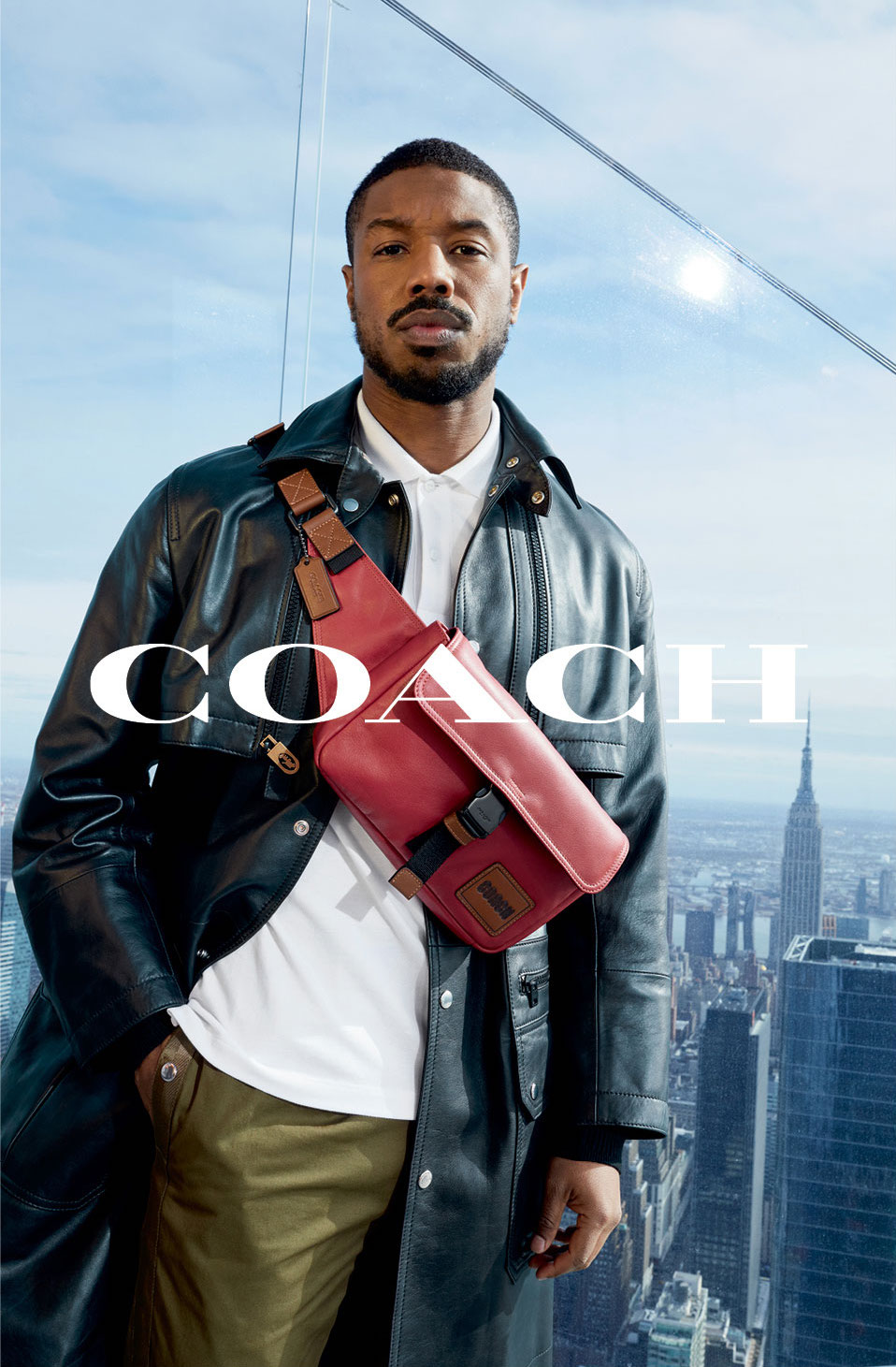 The campaign itself of course features The Big Apple as a backdrop and reflects the quality, class and sophistication of the new season’s collection – particularly when it comes to Coach’s renowned leather goods accessories.  Best of all, we’re loving the bold and bright colours on display for next season. 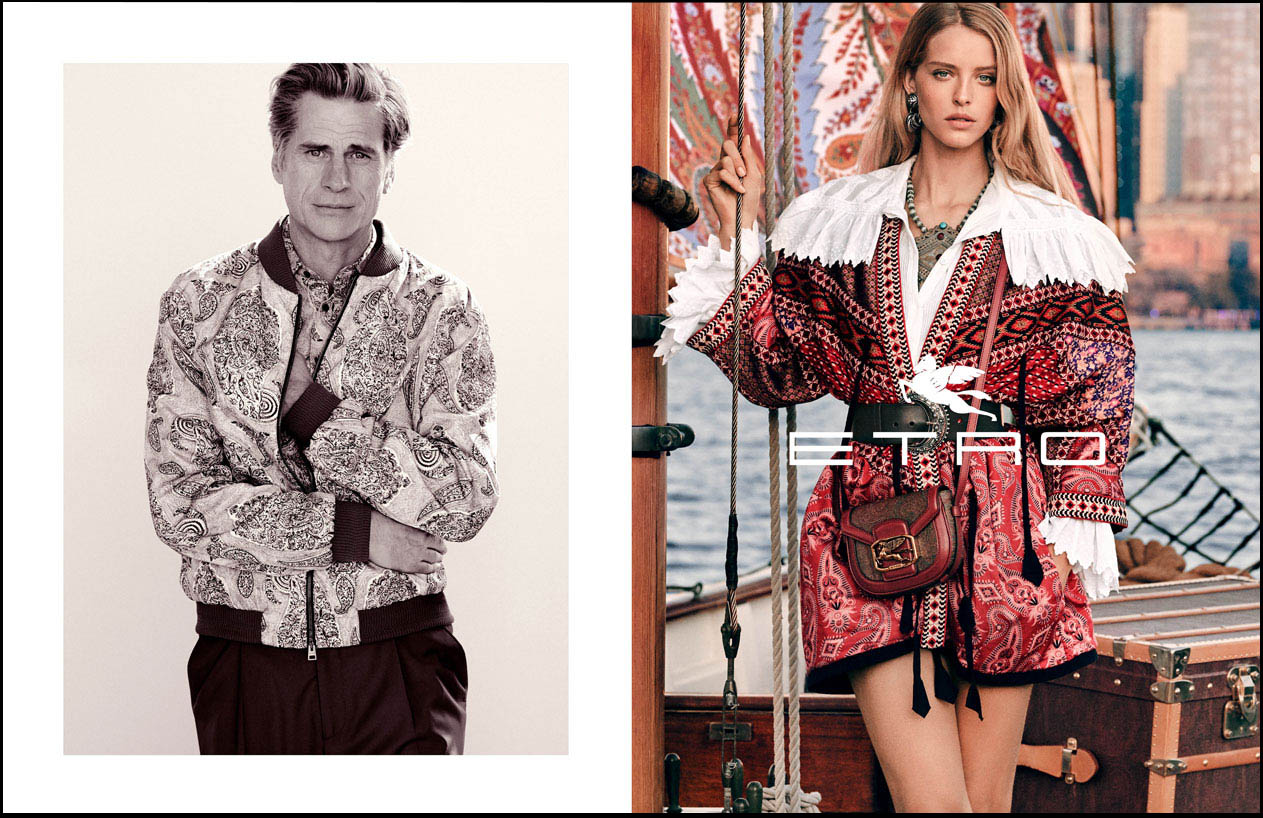 With a campaign titled We Are All Nomads you’d probably be able to guess where the artistic direction for this campaign might go before even seeing the images.  Etro are taking their intricate patterns and extraordinary use of colour on the road, or, perhaps more accurately, on the high seas.  As their press release says, ‘life itself is an adventurous journey’ and, in that respect, that makes us all nomads of one kind or another.  The genius of any marketing strategy is in eliciting genuine emotions from a target audience and it would be hard not to feel like there’s a real as well as metaphorical journey on offer with Etro next season. 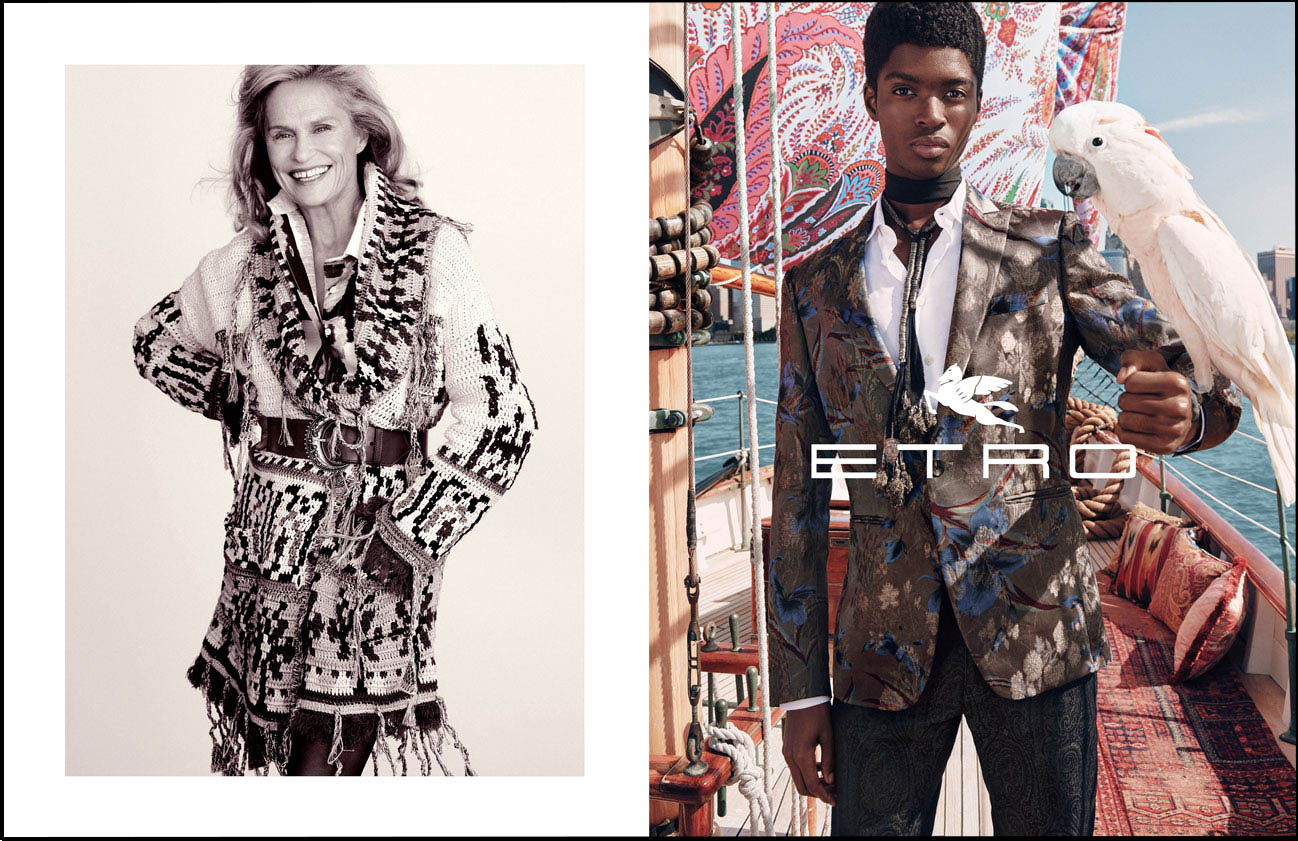 This campaign has also been enhanced by the guest appearances of Hollywood royalty like Lauren Hutton and catwalk royalty like Mark Vanderloo. 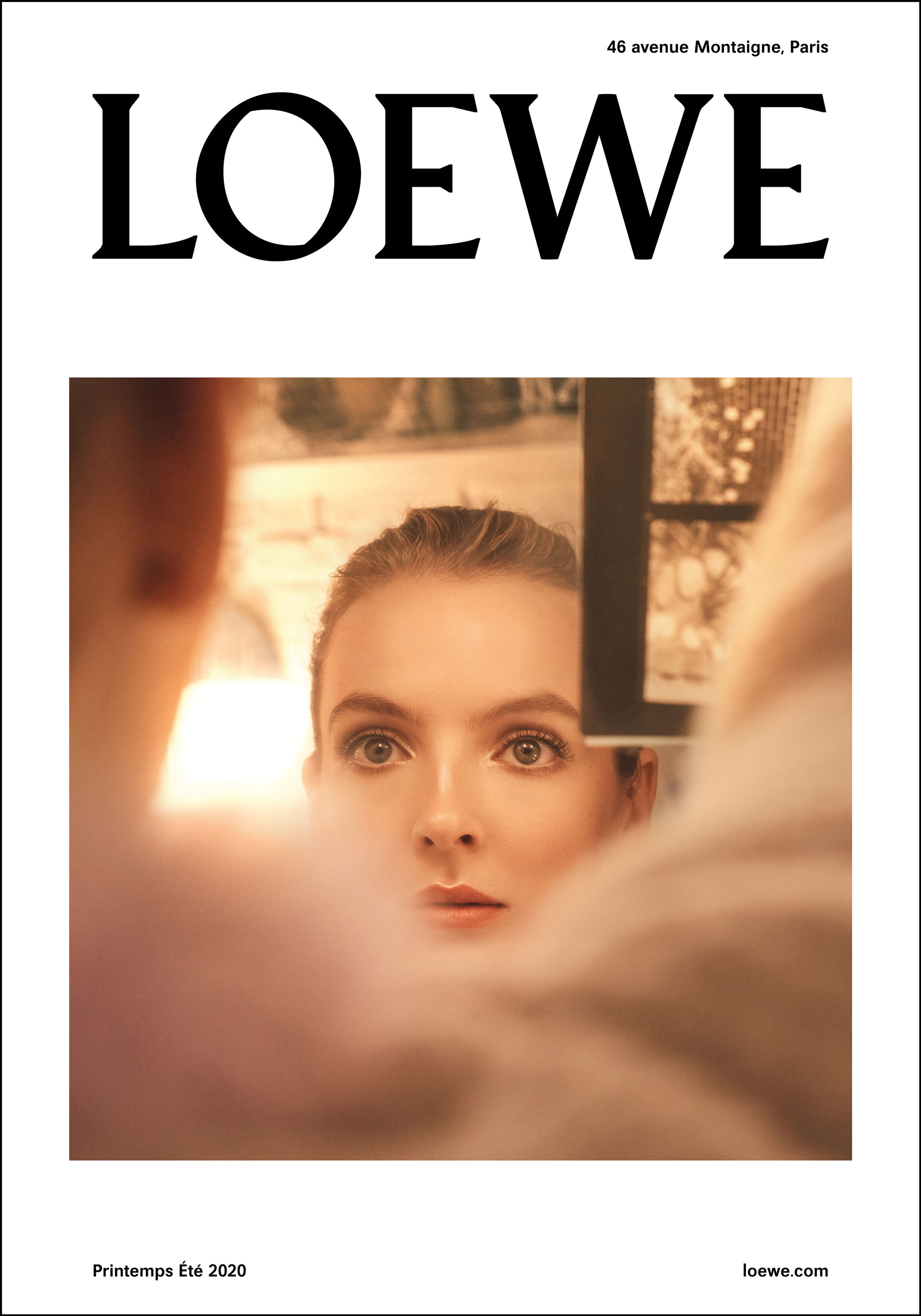 Creative director Jonathan Anderson’s new campaign for the Spanish luxury fashion house features two of the brightest British acting talents in entertainment today, Killing Eve’s Jodie Comer and Stranger Things’ Charlie Heaton.  In keeping with that calibre of talent, Loewe’s summer campaign, shot by the legend that is Steven Meisel, is vibrant, creative and unique.  Comer is shot almost as though  she had been caught in an unguarded moment by a surreptitiously placed camera while Heaton looks like he’s been caught playing make-up in the mirror.  Notably the talent takes centre stage here rather than and expected focus on the clothes.  Comer also employs her acting talents in the video clip that accompanies the camapign. 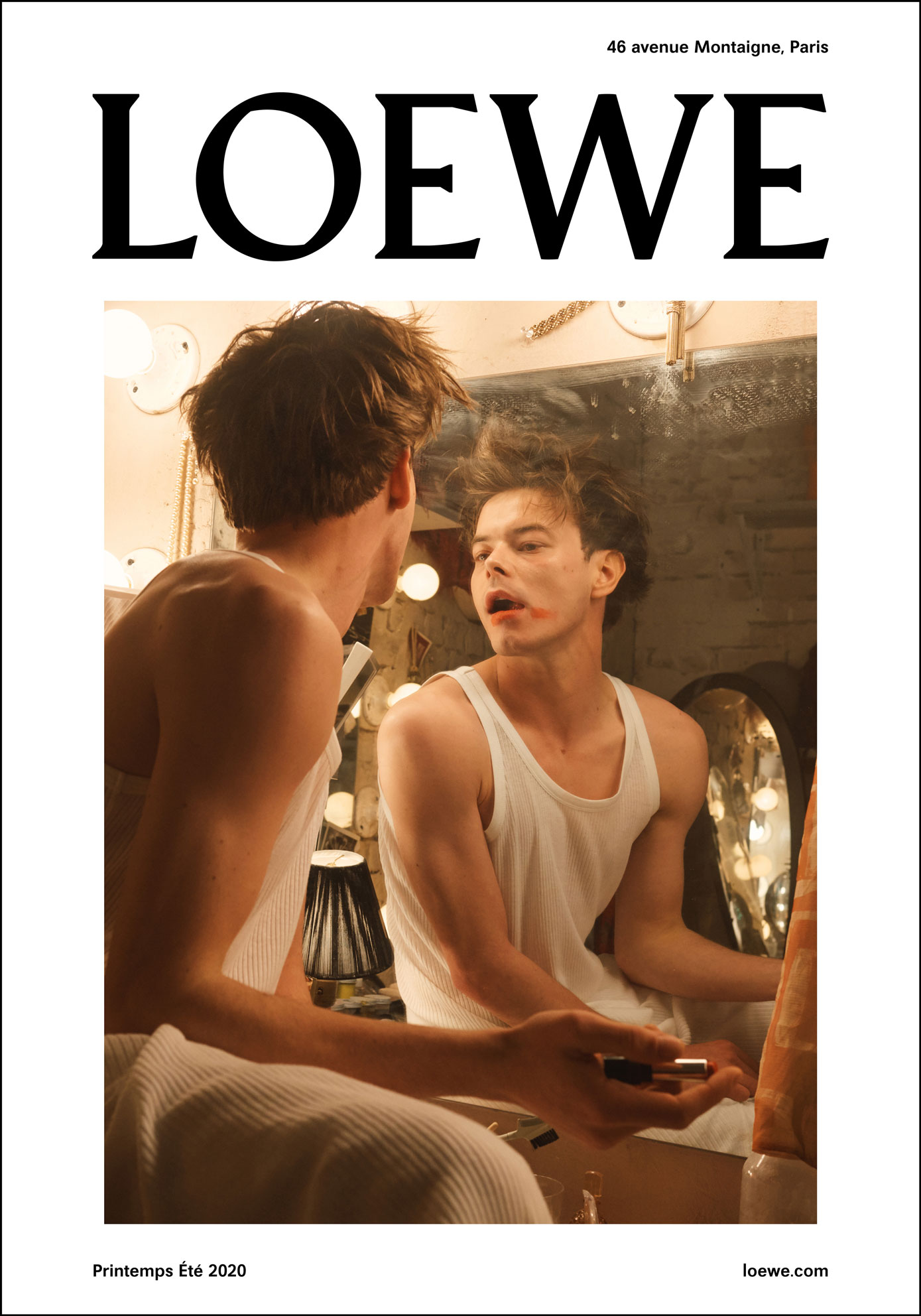 This particular part of the campaign is backed up by layouts focused specifically on Loewe’s staples – luxury leather goods – while other layouts firmly lean into the realms of pure art by only featuring disembodied hands manipulating various materials. 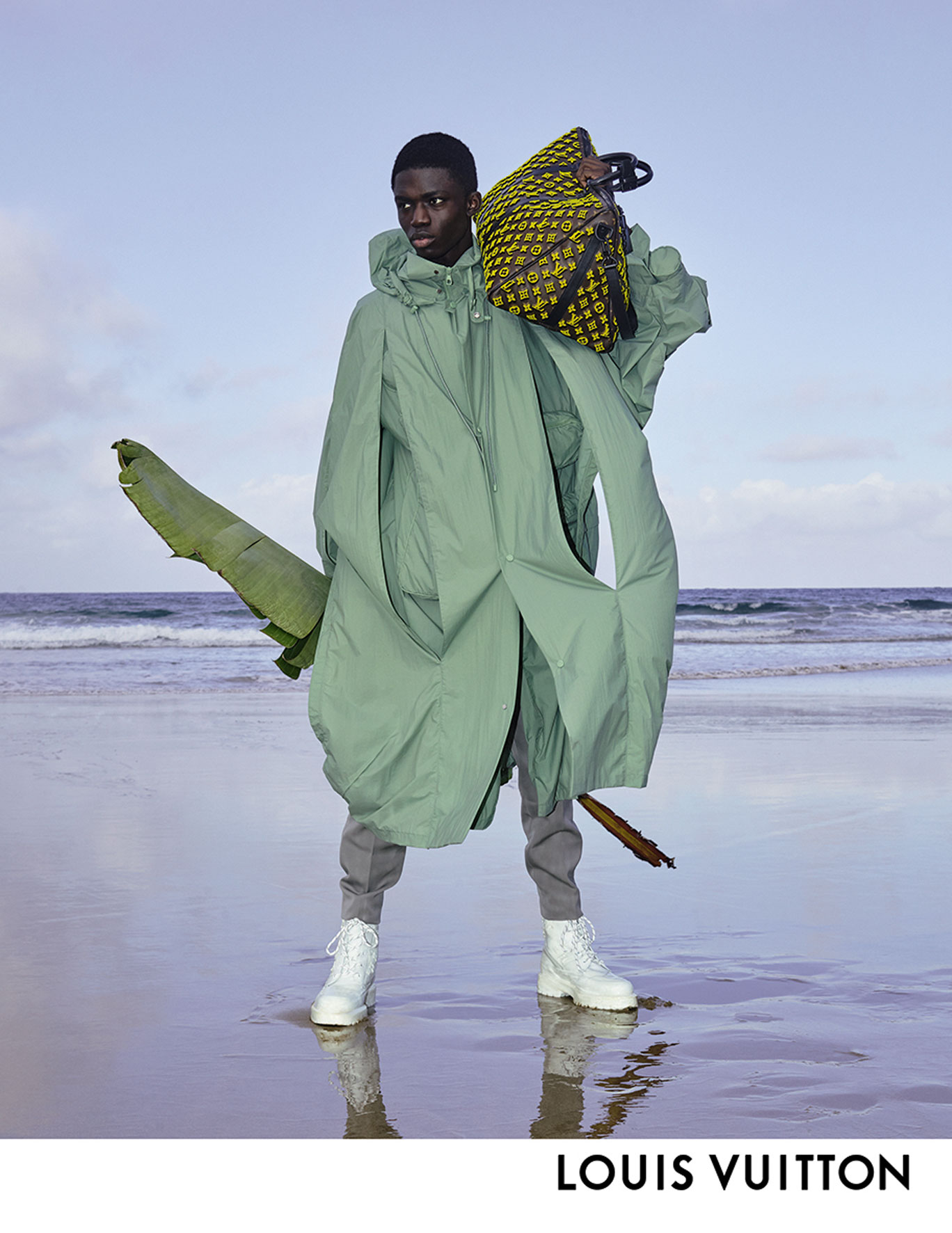 LV’s new menswear campaign for the summer has a decidedly fresh and windswept feel to it.  Shot on a barren coastline, the sea breezes help to emphasise the comfortable, loose-fitting nature of some of the collections pieces while providing a neutral backdrop for injections of contrasting bright colours.  Large sheets of light fabrics caught in the winds and models launching kites into the air helps to put us in mind of our own coastal trips of the past on bracing and crisp spring mornings. 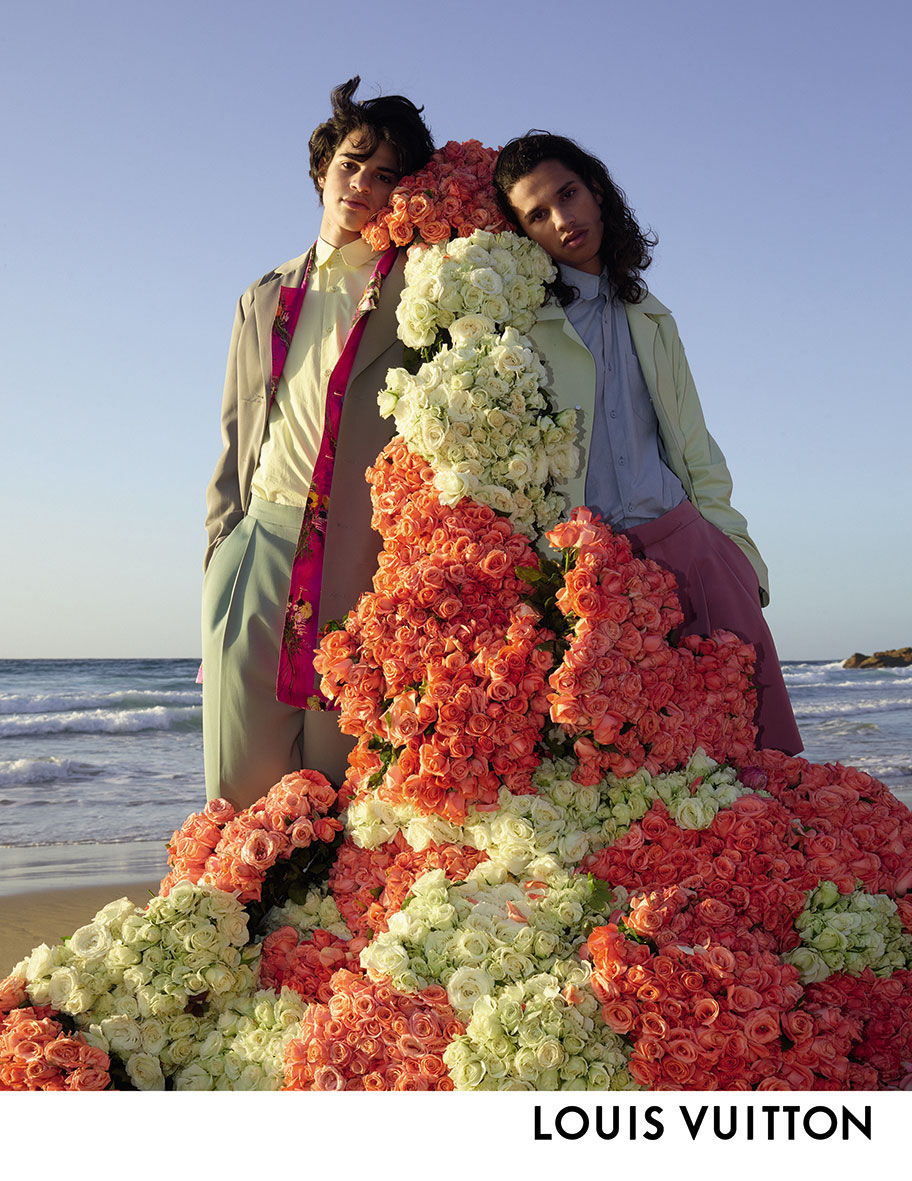 A twist to the campaign’s narrative comes in the form lush and colourful flower and foliage arrangements that acts as an alternative artistic focal point for the featured models. 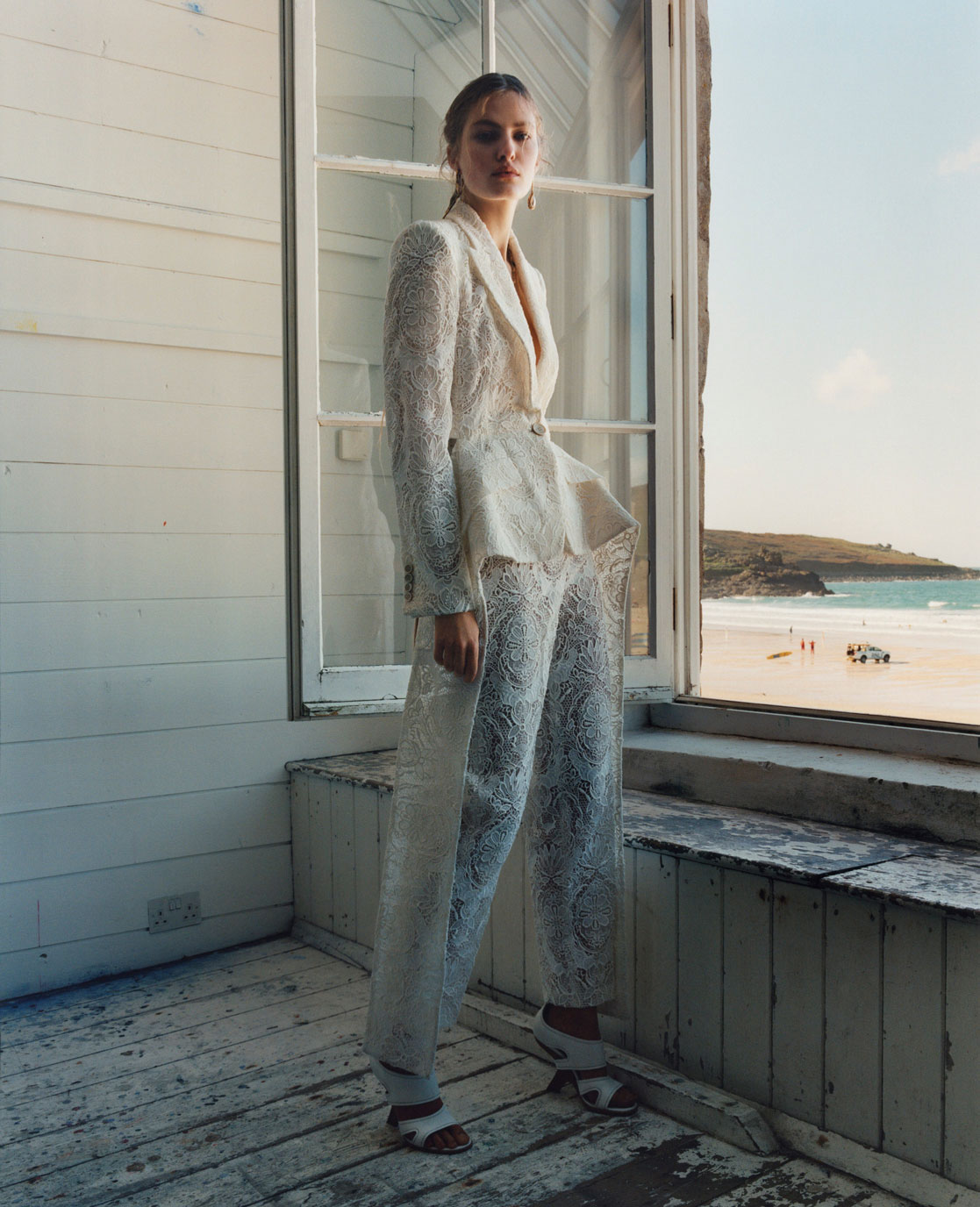 By creative co-incidence, the team at McQueen also decided that the seaside would be the perfect backdrop for their summer womenswear collection campaign, though, in this instance, they also decided to make full use of some suitably ‘shabby-chic’ beachside property to underwrite the classic romanticism running through the collection.  Here, it really is the clothes that take centre stage – no household names, no extravagant set designs and no debate-provoking props. 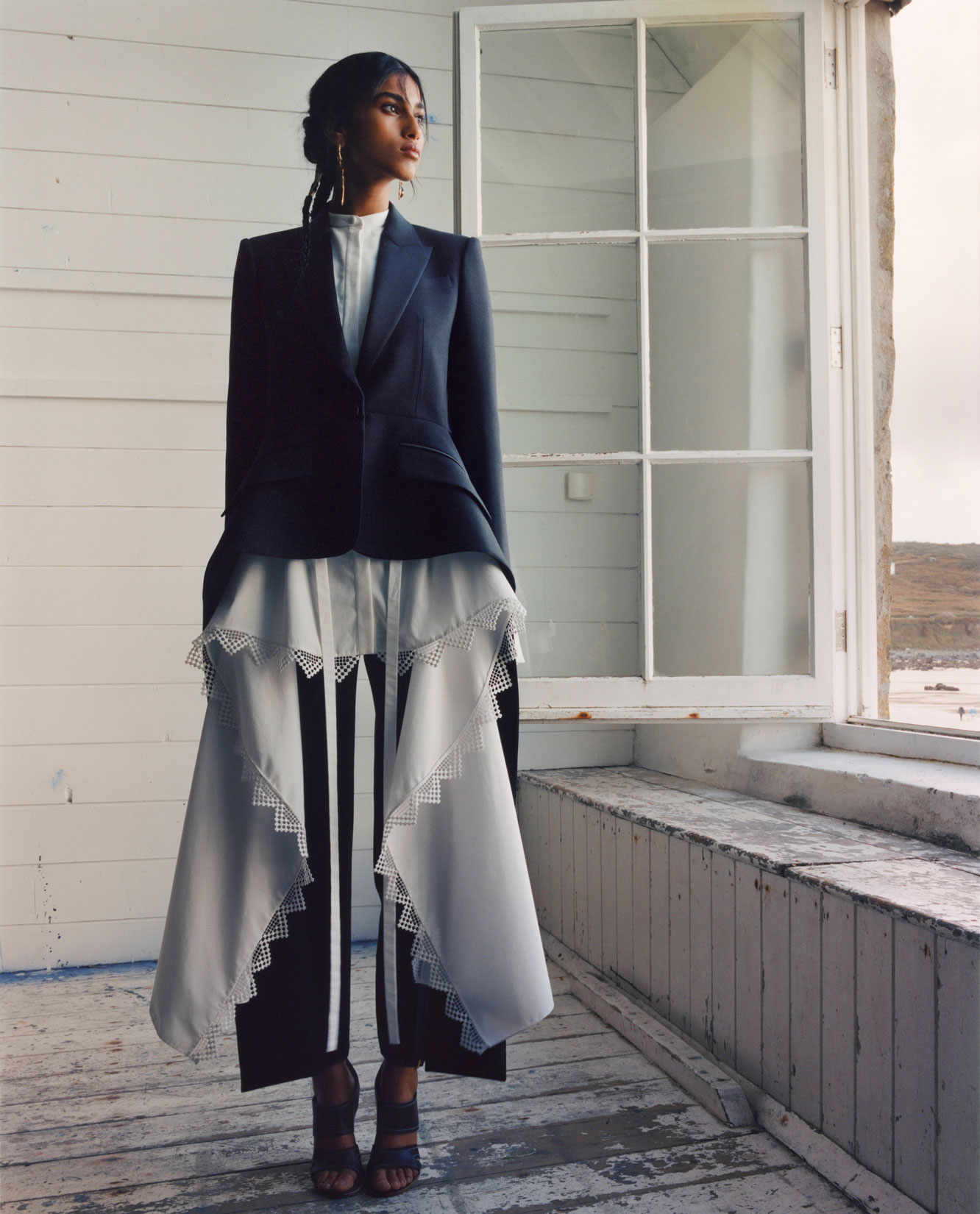 Just beautiful clothes on beautiful models in a beautiful location.  Job done, as they say.

Look out for part two of our feature on SS2020 fashion campaigns, and to view more images from these campaigns follow us on Instagram.