Coach Puts JLo On The Field

There was a really good reason why JLo’s debut album way back in 1999 was cryptically called, On The 6.  It was because that was the train she used to take to her dance classes every single day in New York in her determination to crack showbiz – The 6.  There are probably a million anecdotes by now about who Jennifer Lopez is but this is the one that probably situates her the best.  New York is not just where she grew up, New York made her who she is.  It’s the foundation on which she built everything else.  ‘Bronx girl made good’ isn’t much of a story without the Bronx part.

So, if you’re a luxury fashion brand (whose existence and identity are also intrinsically tied to New York) looking for a new brand ambassador, how many seconds would you need before getting on the phone to Lopez and her team?  Since those days travelling The 6, JLo has gone on to carve out for herself an icon shaped place in the history of global music and entertainment.  It would take too long to list all the music awards she’s won in her career and it’s said that her movies have grossed a combined $3+ billion to date.  She’s also been an inspiration to millions of young girls over the world – particularly in the early part of her career when it wasn’t so easy to see Latina entertainers in the mainstream.  Of course, she’s not been totally free of controversy but, again, she’s a native New Yorker – what’re you gonna do?

I’m so excited for this collaboration with Coach.  It’s a timeless brand that I’ve always been a fan of and the upcoming collection really speaks to my personal style––an uptown downtown mix. – Jennifer Lopez 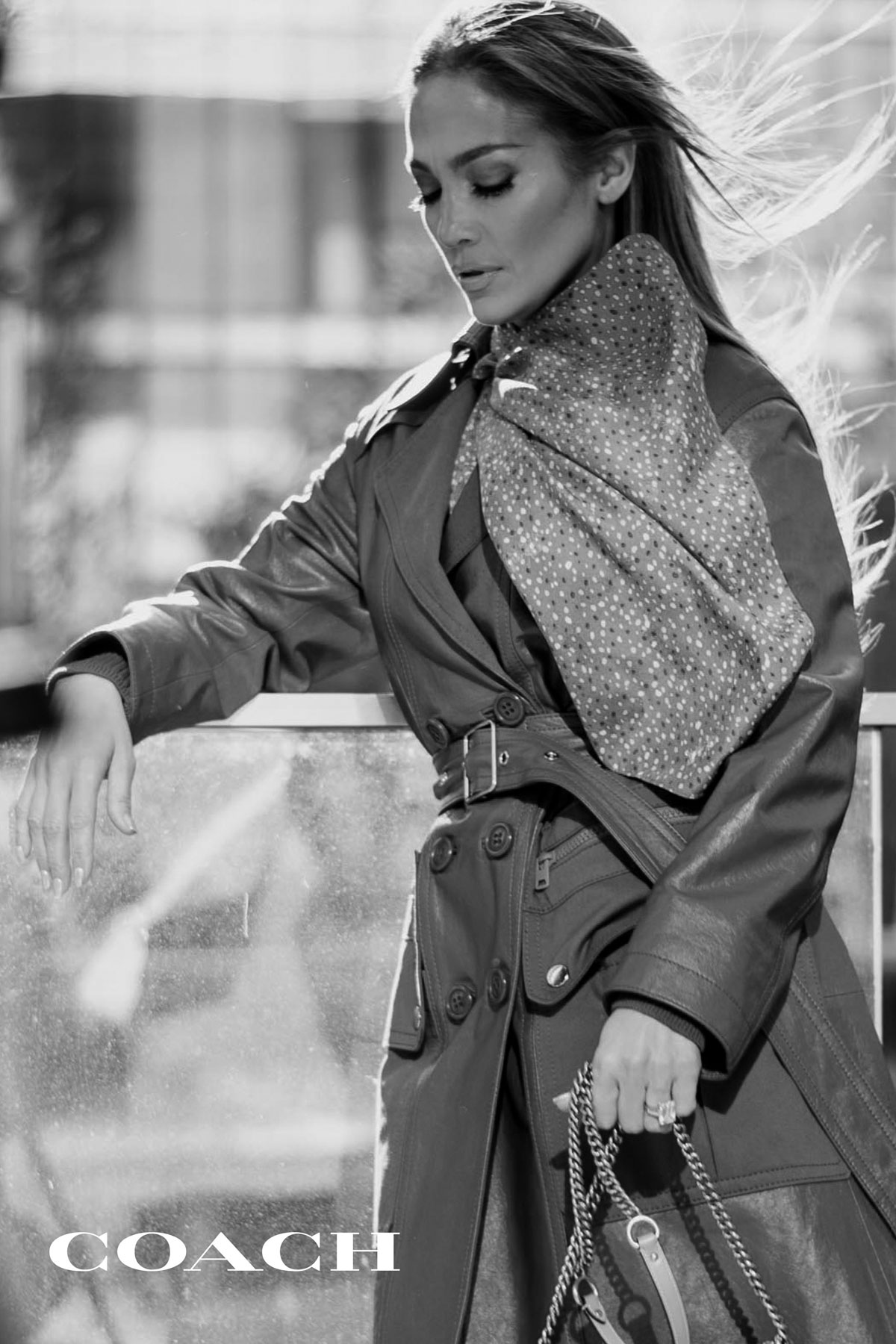 It’s that combination of artistry, creativity, determination, style, culture – and a little controversy – that defines New York and its natives.  It’s what makes JLo the perfect ambassador to represent Coach and their shared ideals for next season.  Not a bad gift for her 20-year anniversary, especially for the girl whose first ever job was as a dance extra in a Janet Jackson video.

Look out for more campaign images from Juergen Teller soon.  For more on Coach click here.

Click here to see our last feature on Coach.