Prada makes like Bond with a globe-trotting new campaign

Prada has long been known for the sharp, uncomplicated elegance of its future aesthetic, which is both eminently desirable and aspirational while at the same time being entirely accessible and wearable – for those of us with deep(ish) pockets.  It’s the sort of combination that takes real skill to pull off successfully and it’s the hallmark that highlights Prada as such a unique brand in fashion.  It’s the kind of signature that means most of us can tell when someone is wearing Prada from a distance and in a crowd – without the need for garish colours or bizarre cuts to be screaming its name.  That kind of almost subversive simplicity is the foundations on which the stylish new Resort 2020 campaign has been built. 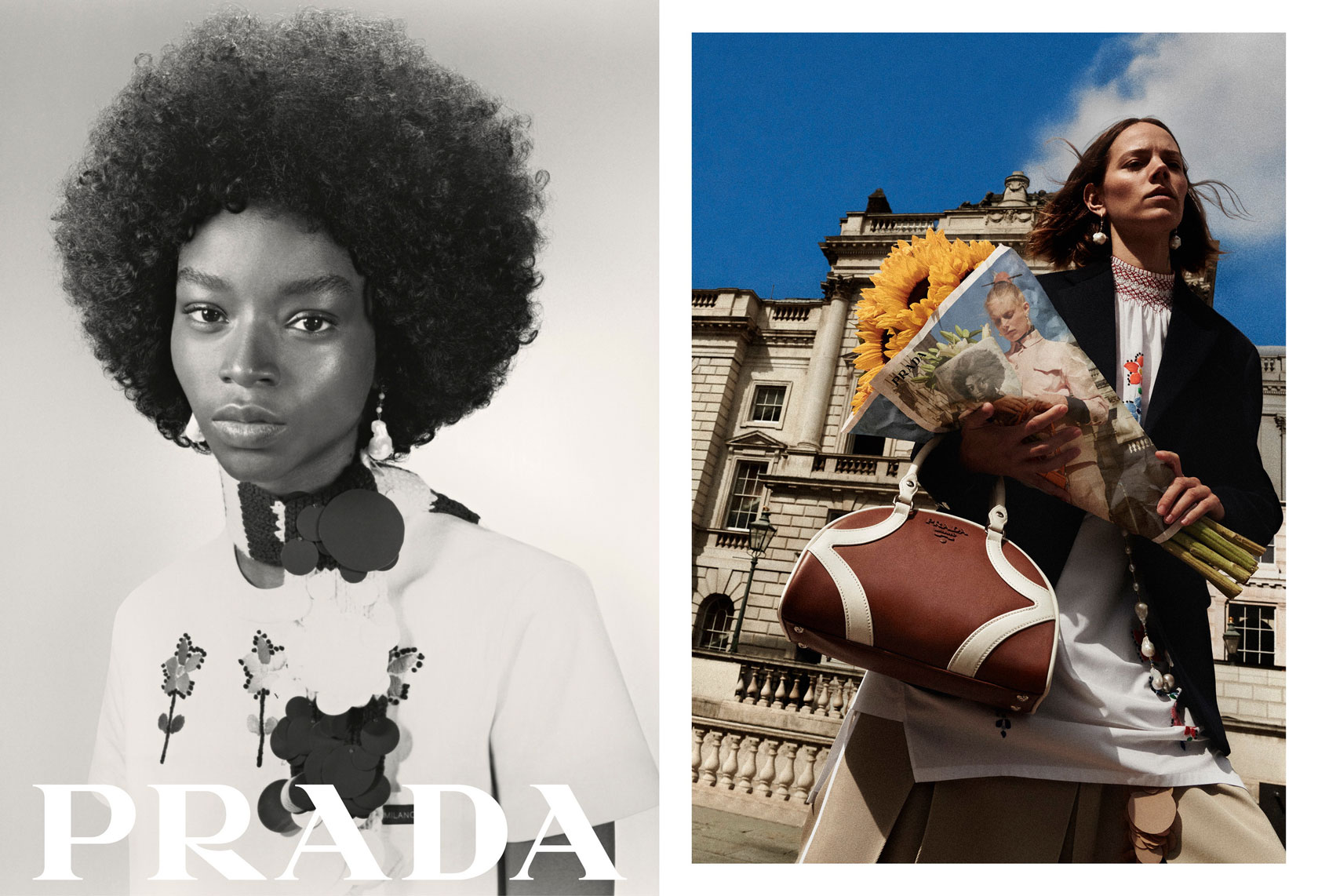 The campaign itself takes in as many fashionable locations as the average Bond movie – London, Milan, Moscow, New York, Paris, Shanghai and Tokyo.  So it’s not just the clothes and the models that we have to feast our eyes on.  But there’s a little much more to be had than what can be seen on first glance.  There’s also a story within the story being told for those looking closely enough.  In a sharply meta move, the models themselves are pictured carrying flowers as if rushing home to present them to their loved ones after a long day at work.  However, the flowers are wrapped in what looks like old newspapers that feature the very same Prada print ads the models themselves are in.  And yet, they remain completely unaware of it. 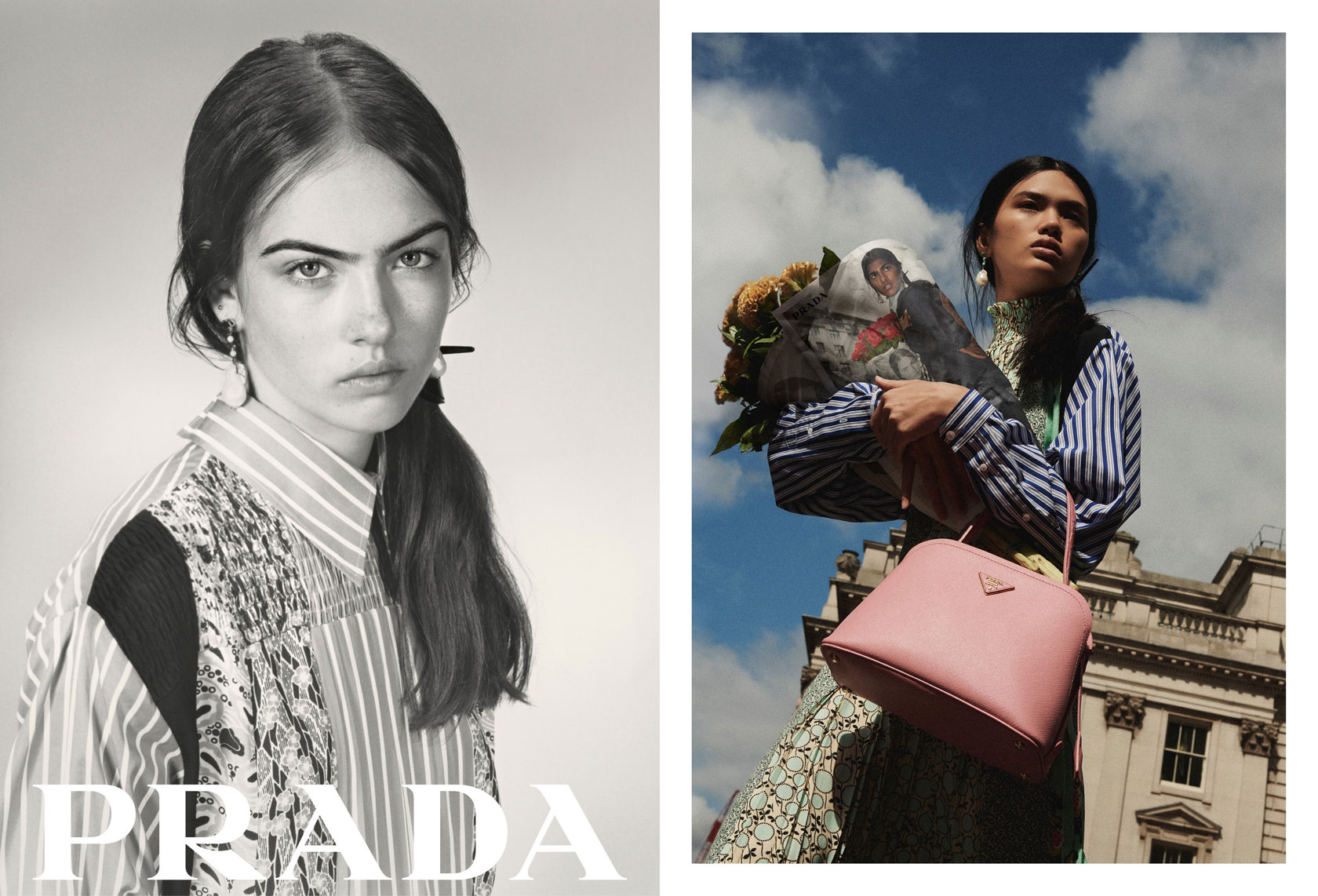 As Prada explains it, ‘the images themselves are in conversation, the campaign built on the juxtaposition of two different languages, a reflection of the duality and manifold personae integral to the identity of Prada.’  Or, to put it simply, it’s just really clever.  It gives you a moment of pause to make you think about the dualities of fashion and fashion advertising.  Because while we here in the UK might associate yesterday’s newspapers with being today’s wrapping for fish ‘n’ chips (in a bygone era), Prada uses them to wrap beautiful fresh flowers for one blissfully unaware model while their counterparts in each ad observe you intently and directly as if to say, ‘you’re missing something’.  And once you’ve actually focused properly you’ll find that extra little effort has been rewarded.  Suddenly, you’re having a philosophical ‘chicken or egg?’ conversation with yourself.  Not such a bad way to draw people in, is it? 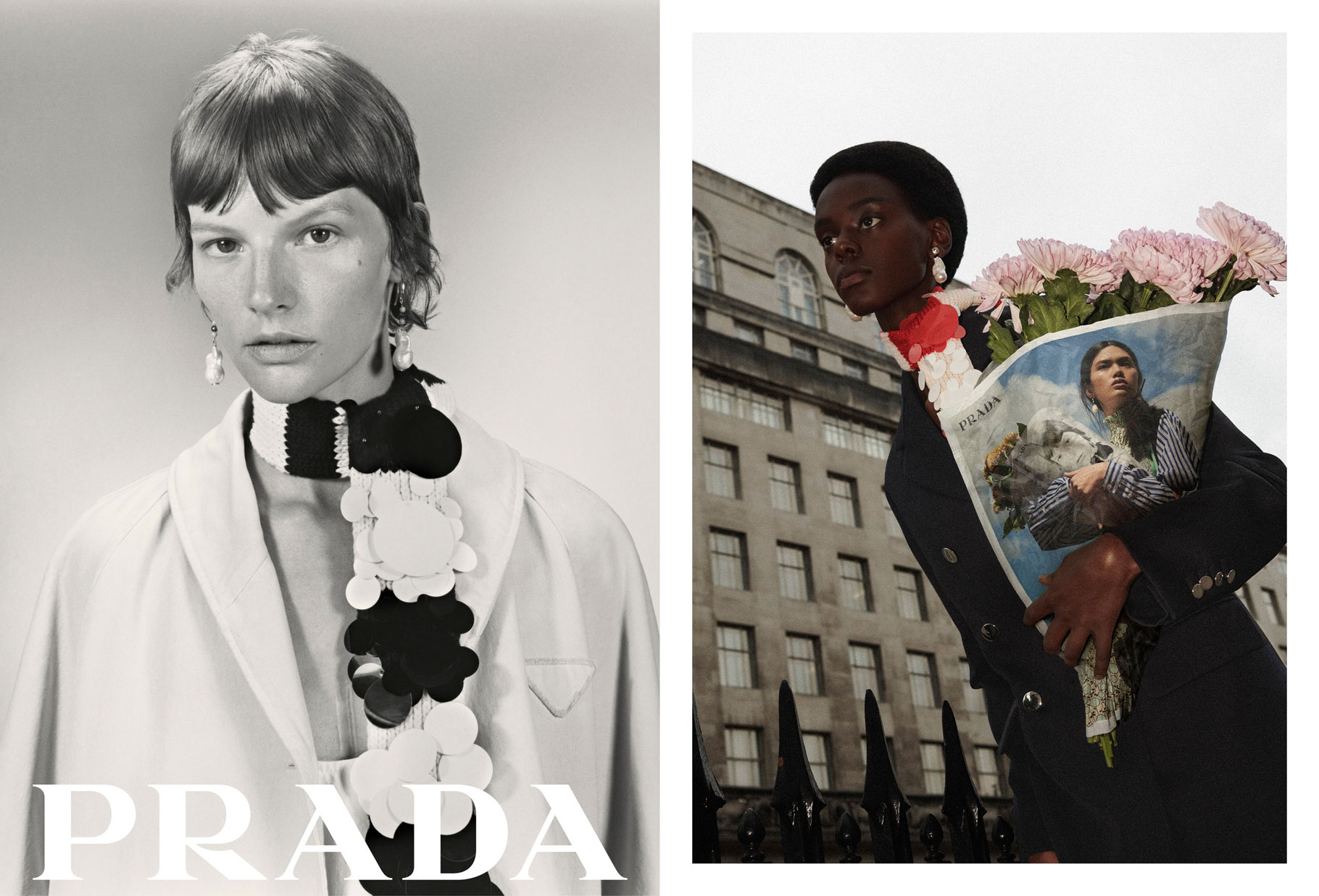 As befits the duality of the campaign itself, two different photographers were tapped to put each half of these stories together.  New Yorker, Drew Vickers drew from his well as an acclaimed portrait artist to shoot the black and white half of each ‘diptych’.  Japanese photographer Keizo Kitajima literally took his street style to the streets for the colour location shots that complete each pair.  Two different styles, two different points of view, one unifying message.  Prada is ready for 2020.

Look out for the short films rolling out across social media.  For more on Prada click here.