We keep on saying it: we’re all now living in a new fashion world.  The global circumstances surrounding the Covid-19 pandemic have forced all industries to re-evaluate how they do business and, just as importantly, how they reach and interact with their customers.  By it’s very nature, the fashion industry hovers closer to their customers at street level than other industries.  And, by the mere fact that it’s an industry filled to the brim with creative souls, fashion has become one of the leaders in this new business dynamic.  Enter Riccardo Tisci’s Burberry.  When Tisci assumed the creative director’s chair in 2018 evolution was always on his mind.  One of the first things he did was to elevate the spirit of the founder, Thomas Burberry, by introducing a new Monogram collection featuring  Gigi Hadid based on his initials, ‘TB’.  The latest Monogram collection features another superstar, Kendall Jenner, and leans into her own particular style of digital know-how to produce, honestly, an extraordinary digital campaign for the summer. 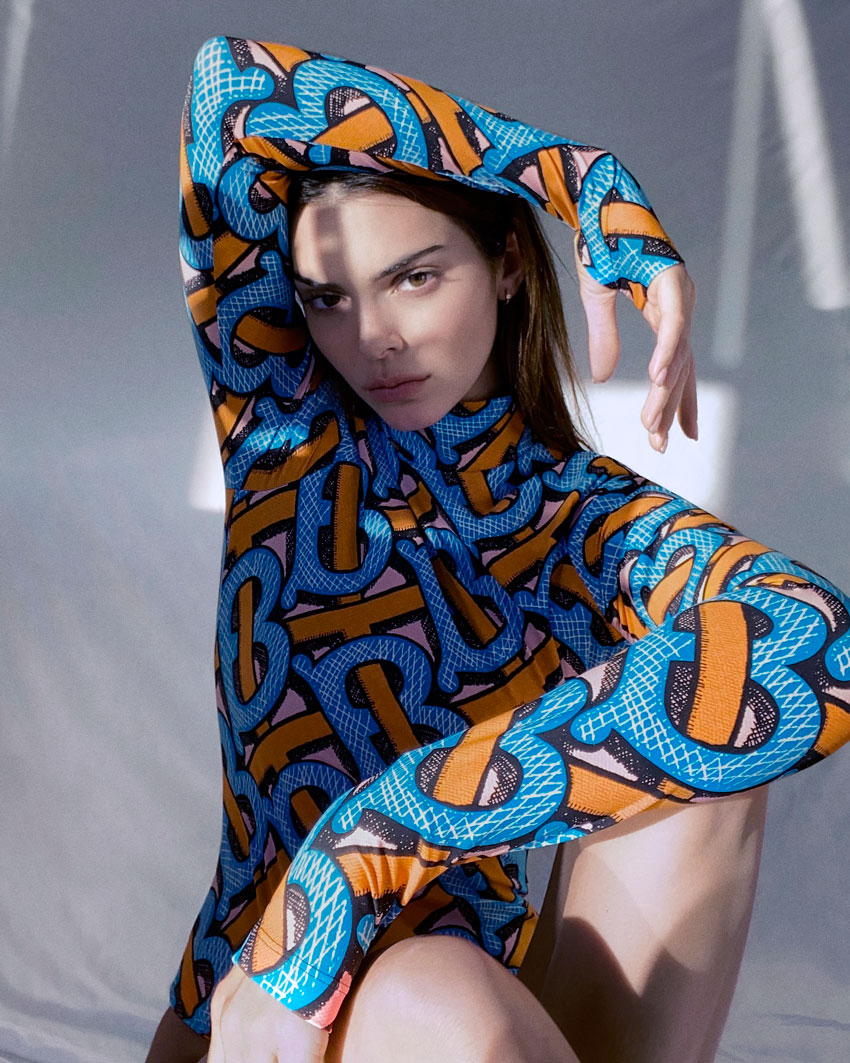 The now widely recognised ‘TB’ symbol was conceived of and created by Tisci and art director Peter Saville and forms the foundation of the summer pieces from the new Monogram collection.  The images show La Jenner wearing a body suit from the collection that is dominated by a bold interlocking TB design repeated throughout in a colour combination of dark beige, azure blue, graphite, cobalt and orange.  The shoot’s setting is the first clue to the digital innovation with which this collection was launched.  First, there was the first of Kendall Jenner being her own campaign videographer and photographer.  One of the new dynamics social distancing regulations forced on all of us was the idea of the ‘remote fashion shoot‘.  Here, Burberry teamed up with iconic British fashion photographer Nick Knight and uberstylist Katy England to take things a few steps further. 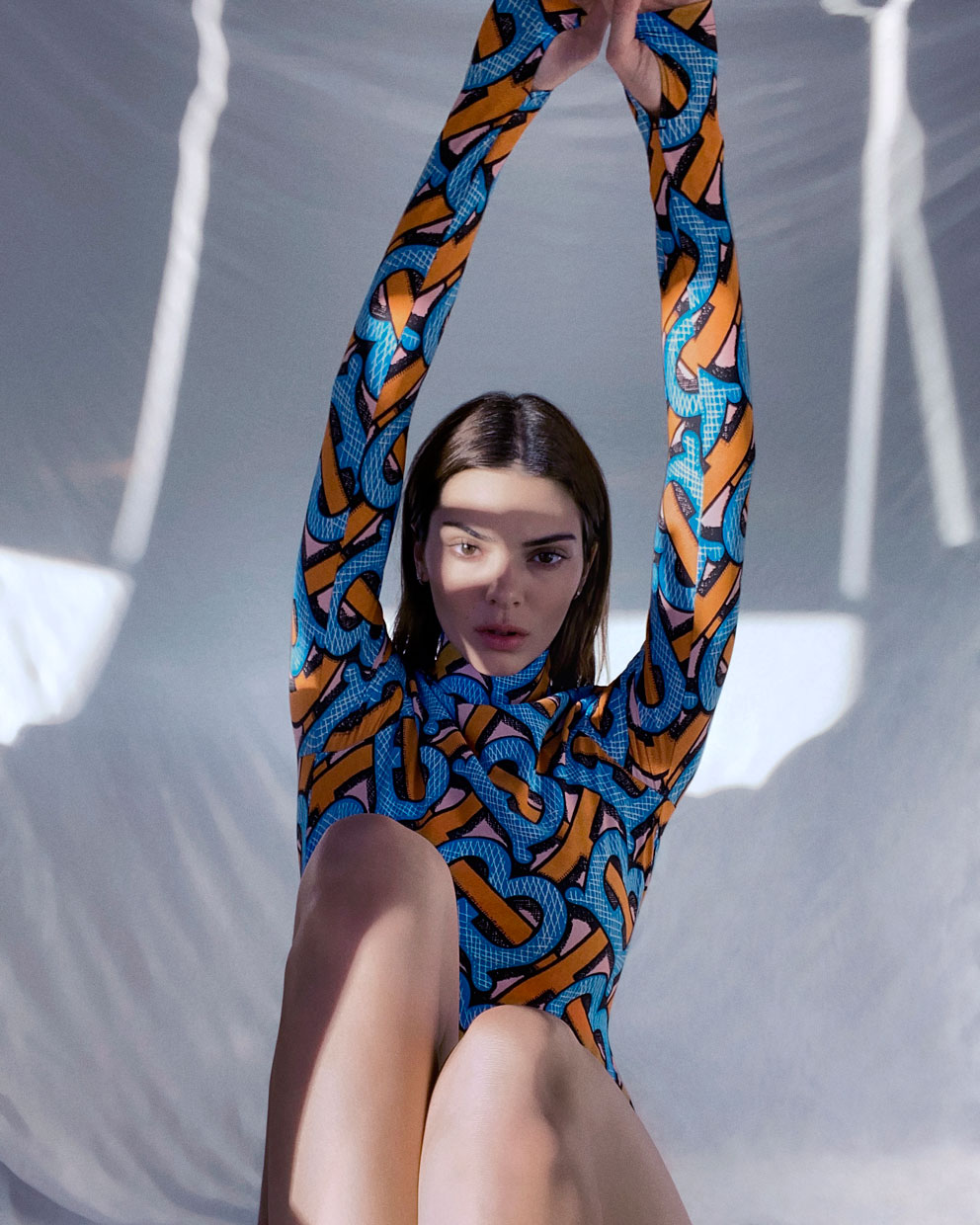 The real heart of this launch lays in the video clip Burberry created from Jenner’s raw footage.  The team took what they had and inserted everything into an amazing, completely virtual, 360 degree CGI dreamscape inspired by skatepark culture and emptied out swimming pools (this is still the summer after all, even if being outside is the normal we’re only now just returning to).  It’s literally like being introduced to a brand new world, and the parallels with being introduced to a new collection are obvious (click on the link below to see the full clip).  The digital innovation doesn’t stop there either.  The clip itself has a heavy, heavy dubstep-esque soundtrack and accompanying it there’s a full musical playlist for the campaign you can listen to on Spotify.  There’s even a new Burberry online racing game coming called B Surf to add to their previous two games, B Bounce and Ratberry.  Make no mistake, fashion is leading the way. 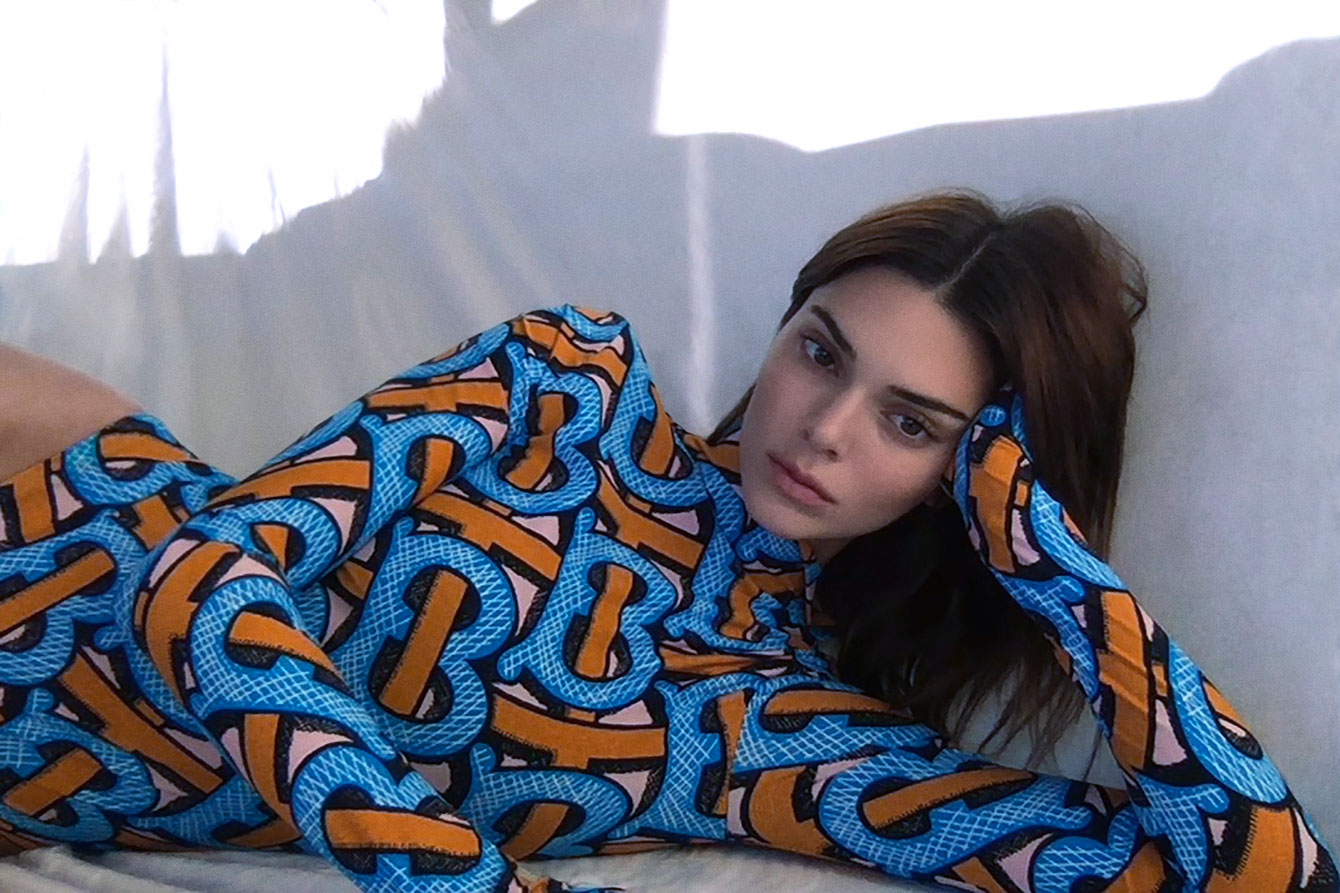 Click here to see our previous feature on Burberry.