Cruise?  Resort?  The clue is obviously in the name.  For those of us who found a little extra left over in our pockets and purses after rinsing them clean on the SS19 collections, there’s still the summer holiday outfits to think about.  Fortunately, each year the major fashion houses kindly do most of that thinking for us.  And they don’t mind being a little ‘on-the-nose’ with the theme either.  Prada went to the river, Chanel went to the train station and Dior went to the desert.  It seems only fitting then that Louis Vuitton Cruise should head to the airport for their 2020 show – the architecturally impressive TWA Flight Centre at JFK airport in New York, to be exact.  Nothing says ‘travel’ like an airport. 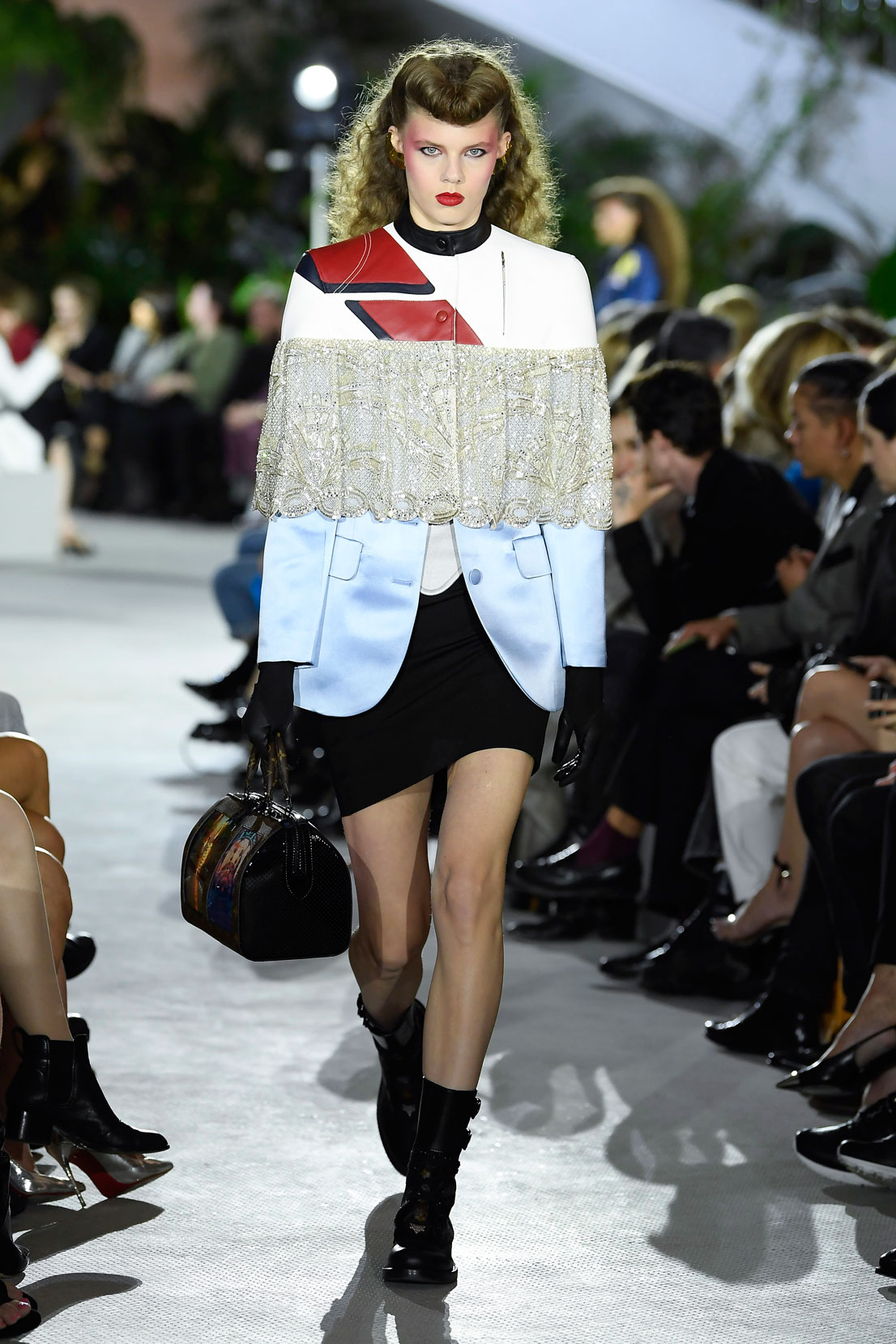 For creative director Nicolas Ghesquière and his well-known love of architecture, showing the collection in the cavernous 57-year-old building designed by Eero Saarinen must have felt like a busman’s holiday (pun intended).  Clearly not afraid to drive the theme home, even the soundtrack to the show began with – we kid you not – the BBC Radio Four shipping forecast for the first few minutes.  At least two-thirds of the celebrities and the glitterati in attendance must have thought it was just another performance piece. 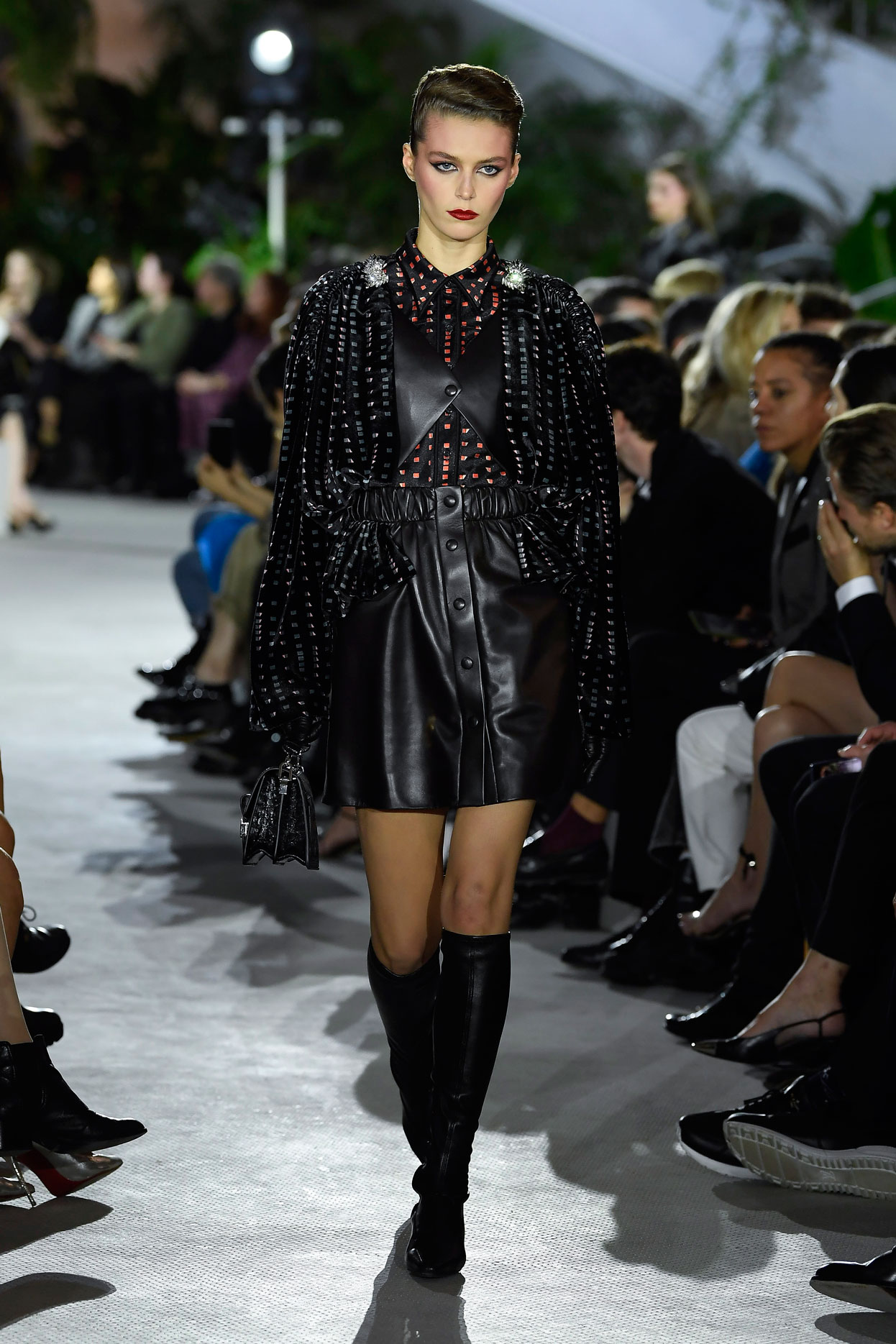 Everything came together and slotted into place as each model made her way up, down and around the huge venue.  The Art Deco flourishes of 1920’s New York began to regularly punctuate the designs.  Yet filtered through Ghesquière’s modern French eye there was no sense of tired nostalgia or over familiar vintage.  Black was clearly the base colour for the evening with shocking pinks, electric blues and canary yellows incorporated into bold graphic designs to keep you on the edge of your seat.  Even the iconic 1920’s shift dress was there in the collection – if you squinted.  Perhaps including a whole shift dress would have been too obvious.  So instead Ghesquière merely hints at it with elaborately embroidered lace panels that hang from jackets mid-way down the torso and across the sleeves; replicating that nice ‘shift’ effect when walking. 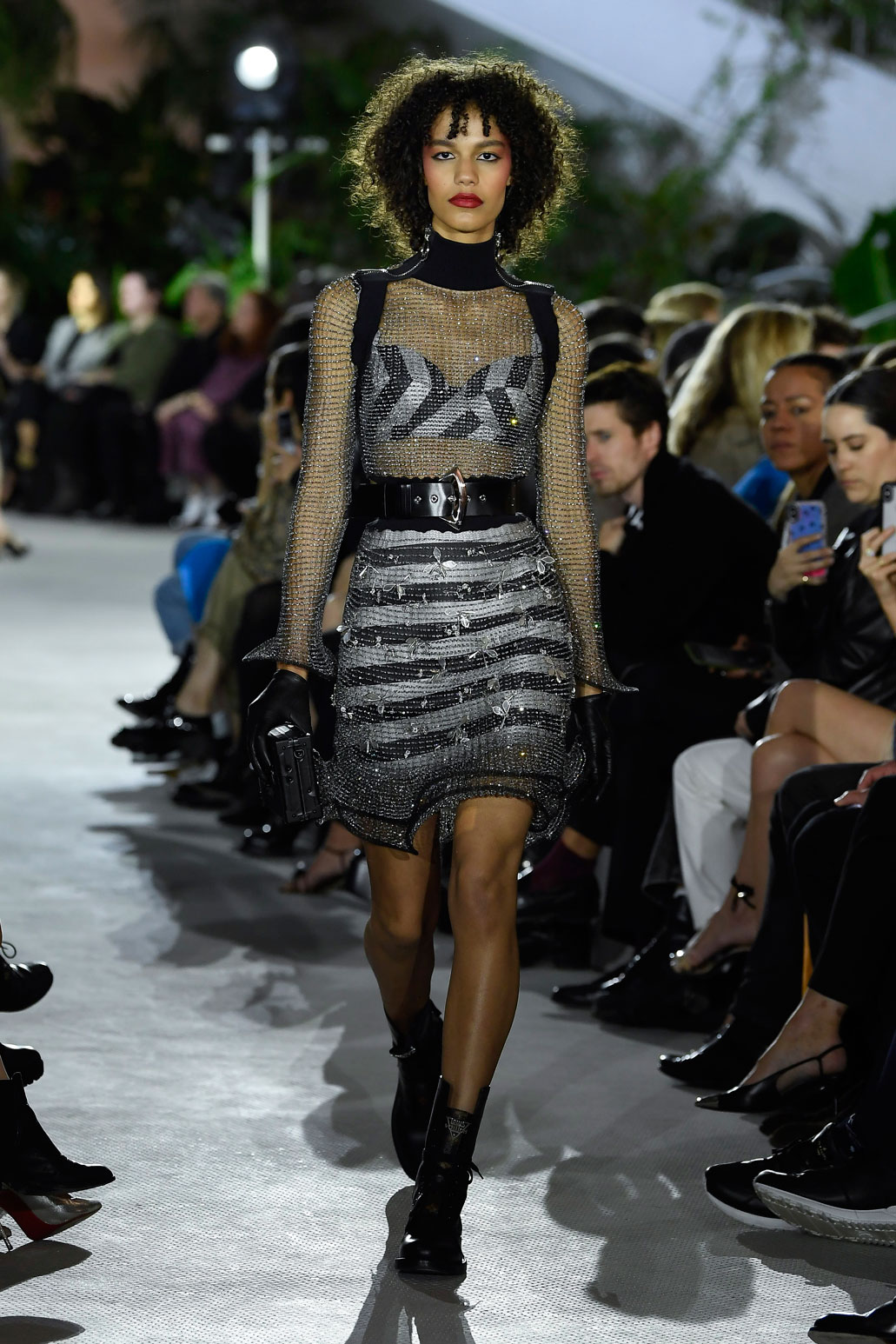 Not content with drawing inspiration from real world history there was also some gothic fantasy to delight in as the silhouettes became more pronounced as the show continued.  Big shoulders on bolero style jackets teamed with trousers instead of skirts, poufed 80s style mini skirts teamed with stark biker jackets, no-nonsense black tailored pant suits – it was all here, cut to perfection and with exquisite detailing.  Apparently Louis Vuitton have ensured that no matter where you’re heading off to this summer, there’s a Louis Vuitton Cruise 2020 outfit or two perfect for just that destination.  Just find your way to the airport. 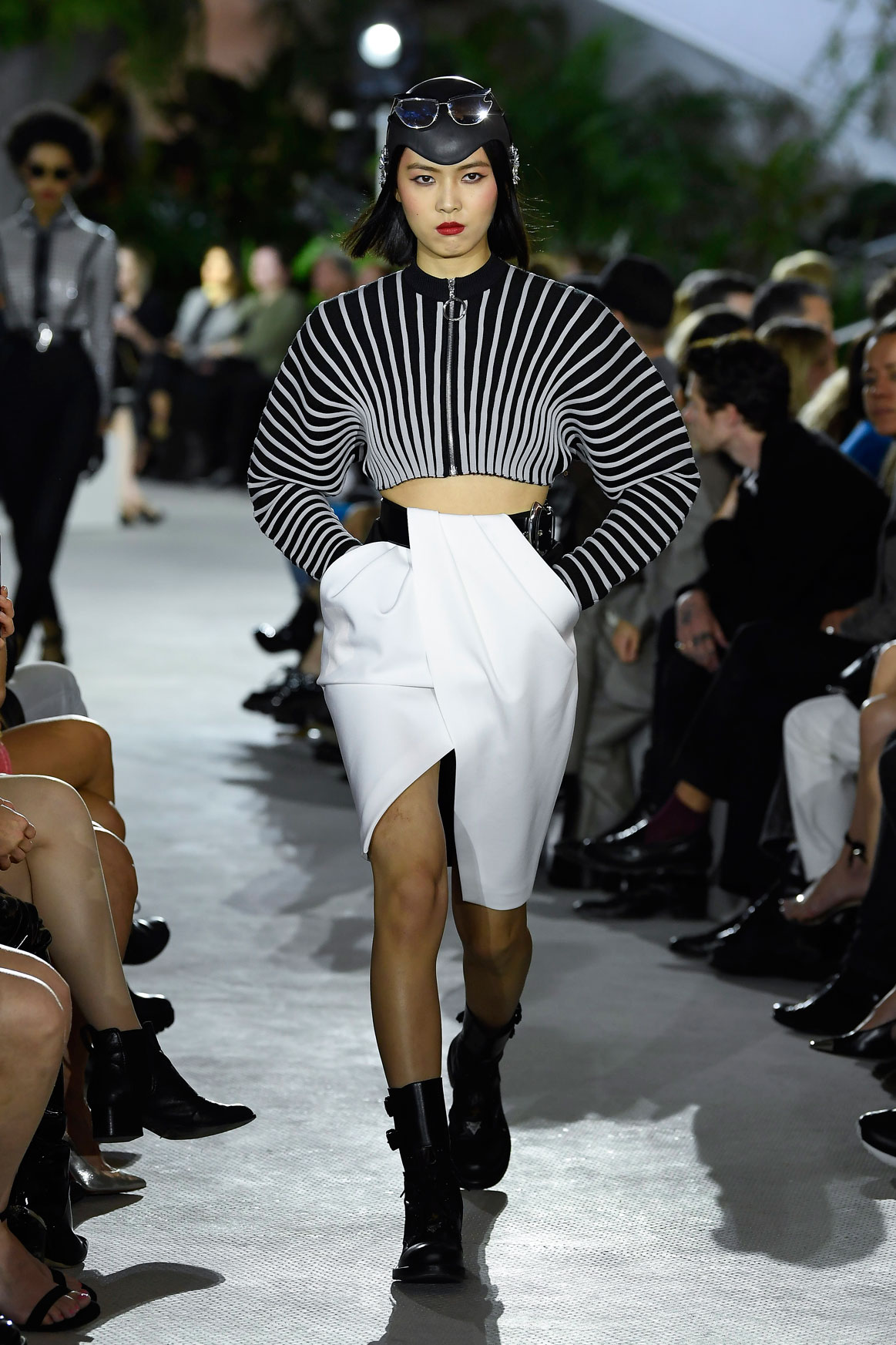