How has the influence of Louis Vuitton's new menswear creative director shaped the luxury fashion house's communications strategies for the new era?

“A seat at the table.”  There are many ways to interpret this saying.  For most it means a certain group having at least some representation when important decisions are made.  That’s not to say the right decisions wouldn’t be made otherwise but the percentages tend to drop drastically without that representation.  Louis Vuitton is just one of the many legendary fashion names that have clearly seen the benefits of inclusivity – not just in hiring choices as window dressing, but embracing inclusivity as a viable and successful business strategy.  Just look at all the catwalk shows from the most recent seasons.  Look at the new editor of British Vogue and his new team.  Fashion has (finally) cottoned on to the fact that inclusivity simply makes good business sense and doesn’t have to be grudgingly offered as some offshoot of CSR policy. 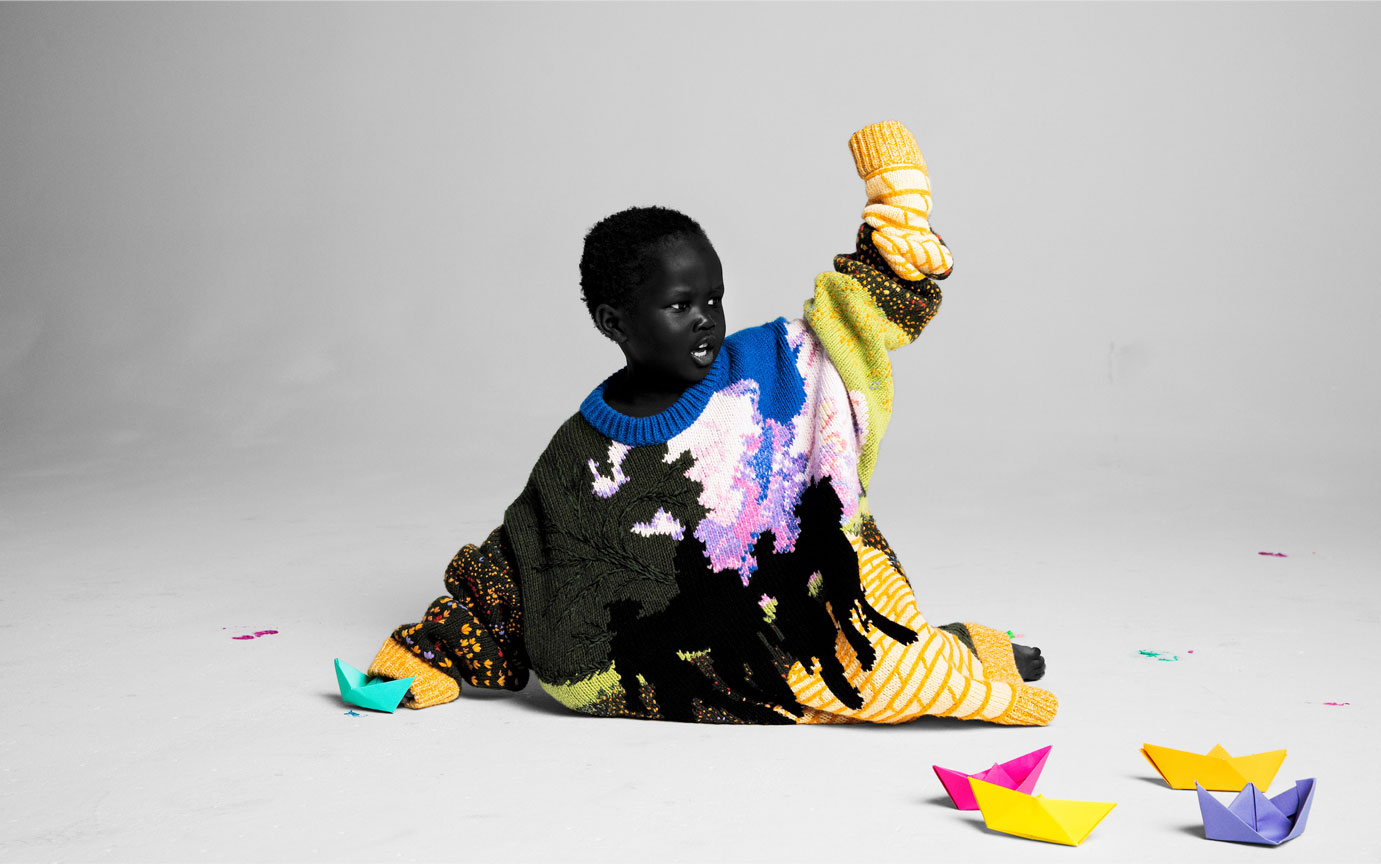 Virgil Abloh is someone THE FALL has previously highlighted as one of the most talented and fascinating names in fashion – for all people, regardless of race, gender or background.  So, if a fashion house like Louis Vuitton hires him to be their latest creative director for menswear what would be the point of trying to stifle who he is as an artist – the very thing that made them hire him in the first place?  After all, the bottom line is all companies are in business to make money.  And Nike proved last year that being on the right side of history is simply a nice consequence of having someone like Colin Kaepernick advertise your wares.  The 31% increase in sales his campaign achieved – despite the  predictably small-minded Conservative backlash and viral videos of the smartest among them burning their own Nike gear – was the true goal.  Embracing inclusivity is now just a necessary and profitable business strategy for forward thinking fashion companies. 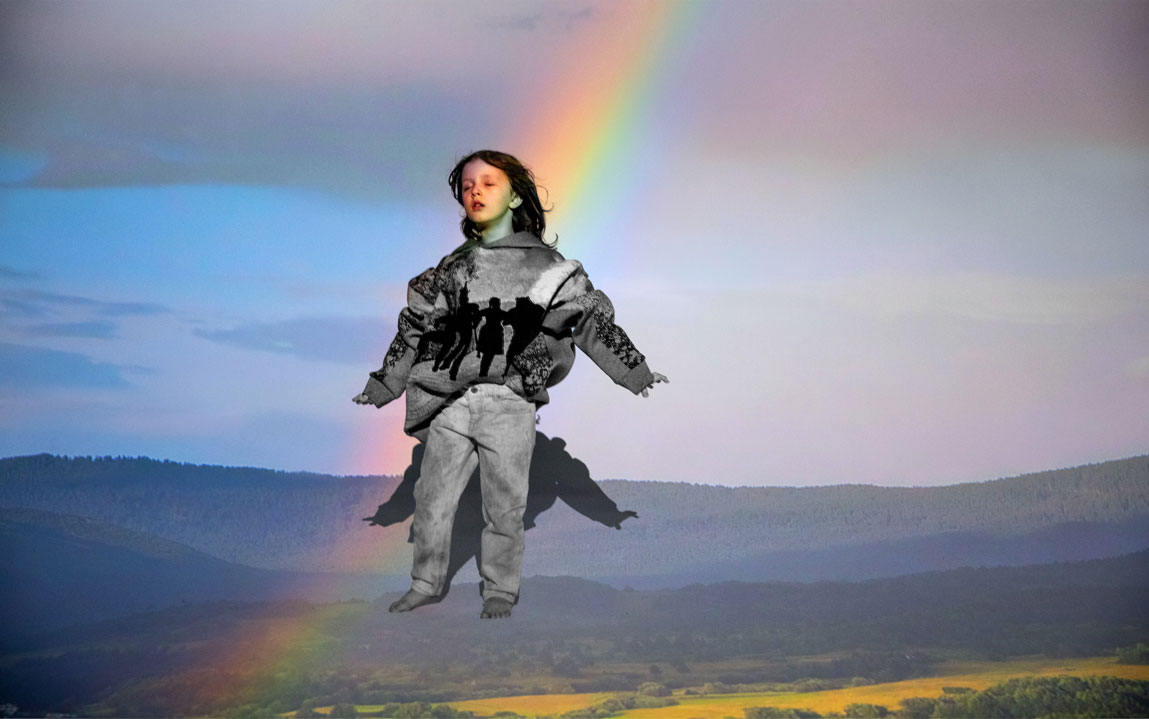 Inclusivity is, in fact, the theme that punctuates Abloh’s first advertising campaign for Louis Vuitton Menswear SS19.  Significantly though, inclusivity is not what the campaign is about.  The first part of the campaign, released last week, depicts a theme common to all people of all colours – growing up.  The images by sought after Dutch photography duo Inez and Vinoodh beautifully captures moments starting at new born through to adolescence and the first attempts to ‘find one’s own feet’ and the wardrobe choices that come with discovering one’s own identity. 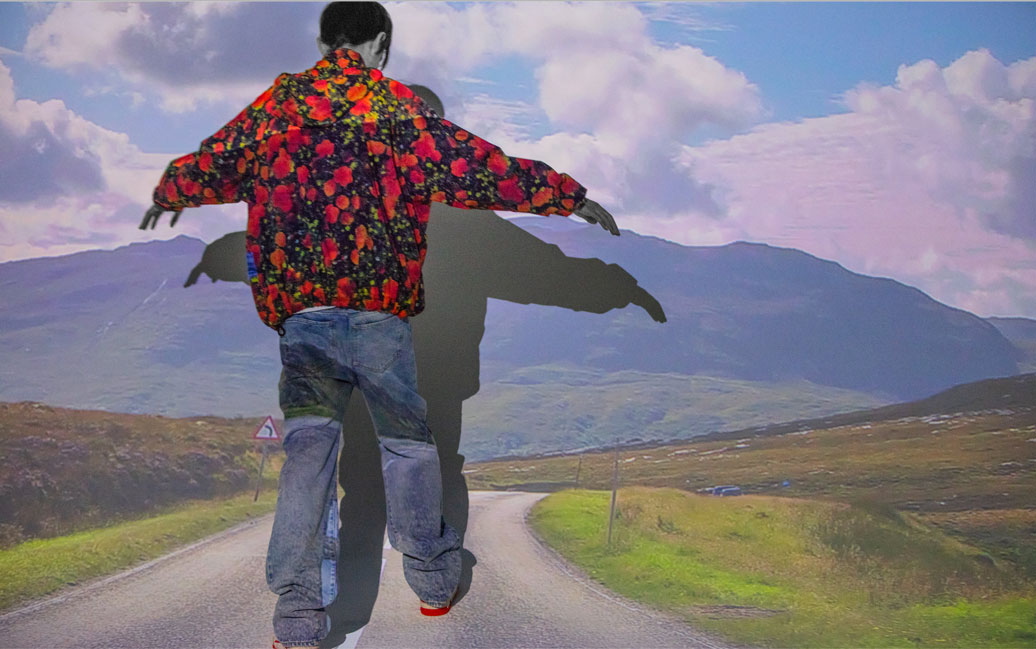 The second part of the campaign, to be released on February 1st, calls back to the classic painting ‘The Painter’s Studio’ by one of the vanguard of 19th Century realism in French painting, Gustave Courbet.  Courbet finished the painting in 1855, one year after Louis Vuitton was established, and it has been re-interpreted by photographer Mohamed Bourouissa to depict Abloh at the creative centre of his own artistic universe, as opposed to Courbet being in the centre in the original. 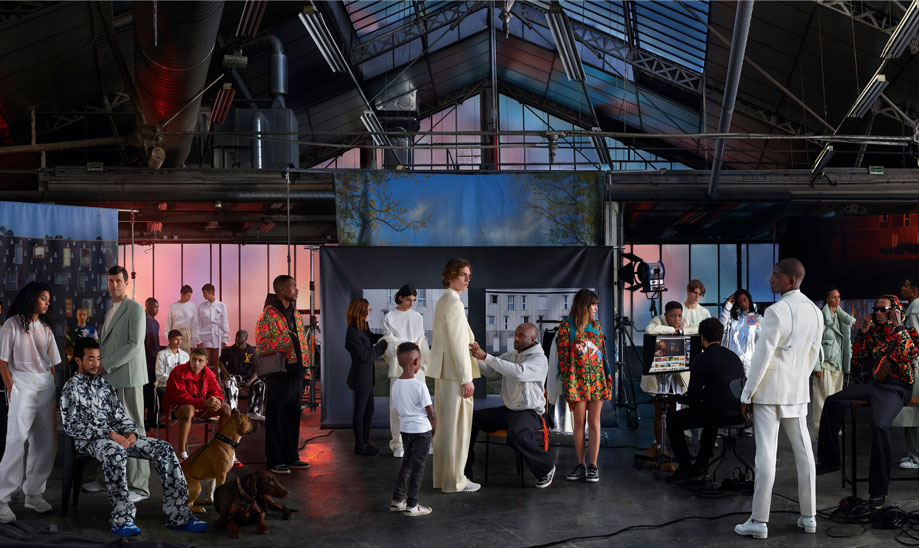 The last part of the campaign, by photographer Raimond Wouda, is with us on March 22nd.  Here he visits ordinary schools in LA to depict the sometimes organic utilitarian dress code of high school students who latch on to an item of clothing that has captured their collective imaginations.  The items in this instance being, of course, colour blocked Louis Vuitton t-shirts reminiscent of SS19 show. 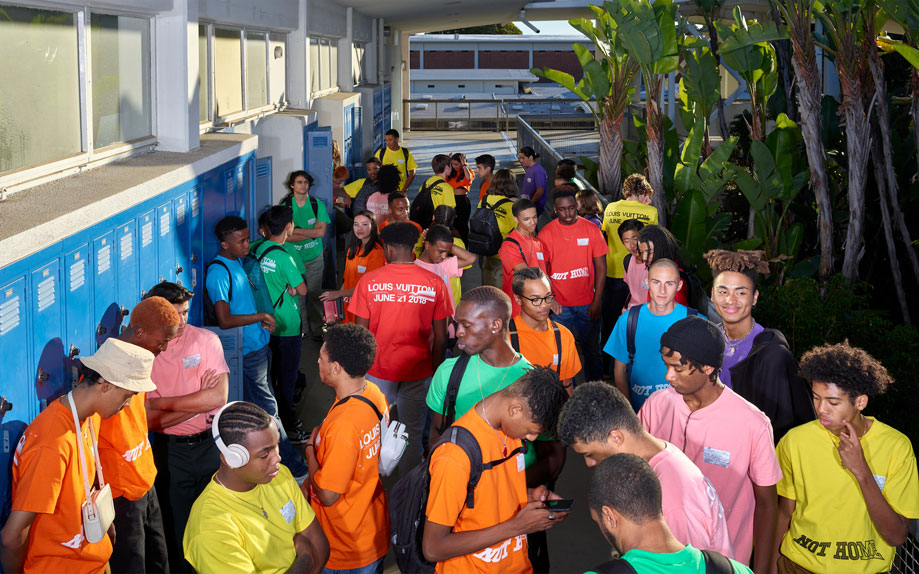 Overall, it’s a fantastic campaign that says so much about fashion and inclusivity without overtly saying anything about it at all.  That puts Louis Vuitton menswear, one of the world’s oldest fashion houses, right up there as one of today’s leaders of the new school.