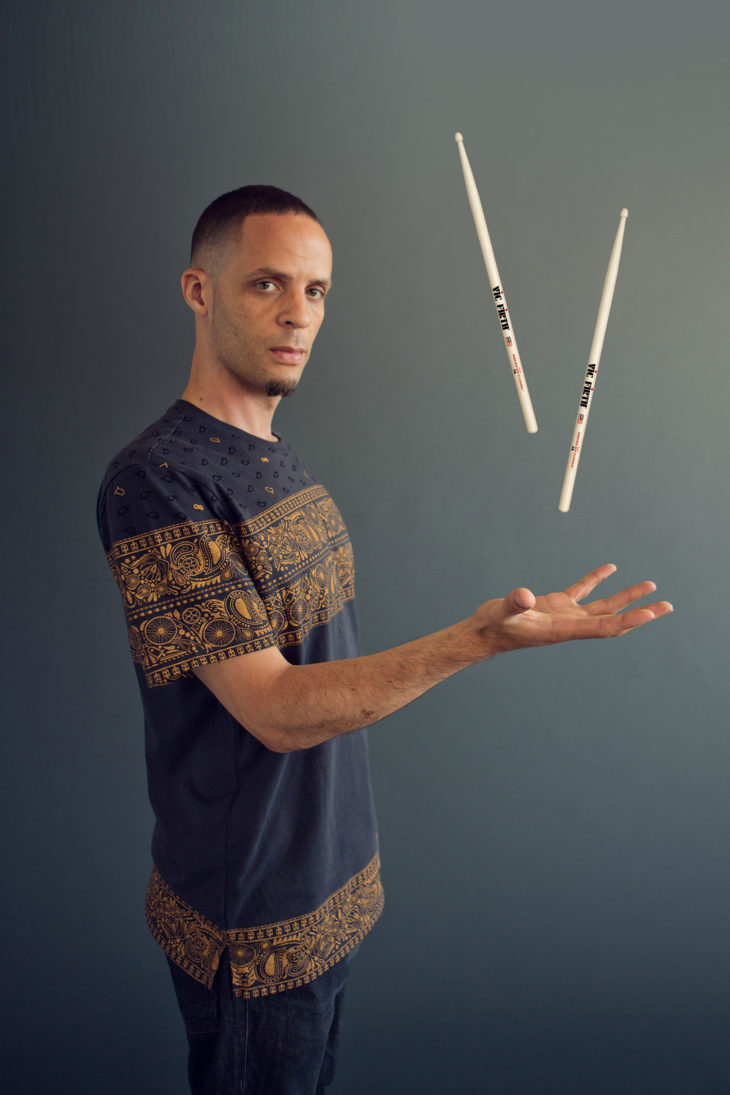 The birthplace of jazz, America has always maintained an intrinsic tie to the improvised genre. From the jaunty angles of ragtime to the swinging bombast of New Orleans big band, be-bop freneticism, West Coast ‘cool’, Afro-Cuban multiculturalism, and amorphous cosmic freedom, the United States lays claim to the definitive lineage of the genre. Yet, formulating an identity and sound in the midst of such a heritage can be a daunting task. Where does originality and innovation lie once Pharoah Sanders has transmuted the metal of his tenor saxophone into 20-minute successions of breath and sweat on John Coltrane’s Meditations, or after Miles Davis has strung out the synthesised chaos of aural thought into electricity on Bitches Brew?

Originality persists, though, it is the lifeblood of this intimidating, open genre, and there is a new generation of American musicians who are at the forefront of jazz’s progression, pushing it not only into new musical territories but global ones also. And this month, they will be bringing their work to British shores, as part of the London Jazz Festival. 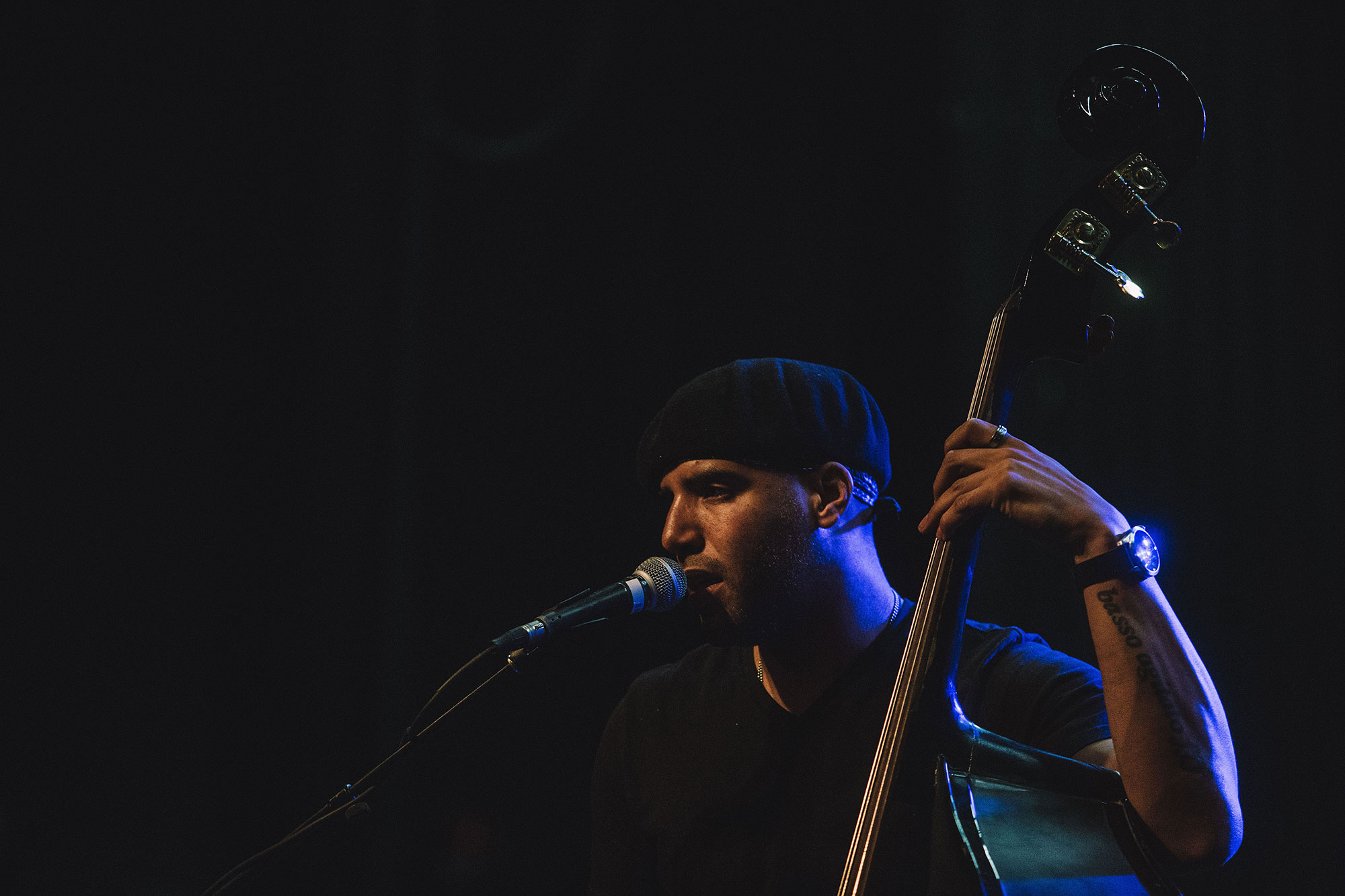 One artist who exemplifies the American ancestry of jazz is bassist and composer Miles Mosley (above). A beneficiary of ex-President, and keen saxophonist, Bill Clinton’s public investment into jazz in the 1990s, Mosley earned his chops through live performances in his hometown of LA. “Los Angeles is a wide-open city”, he explains, and so “being immersed in Hollywood as a young student meant I was always looking to make big-sounding productions, something that felt sprawling and massive.” Consequently, Mosley formed the West Coast Get Down collective with his friends, classmates, and fellow musicians drummers Tony Austin and Ronald Bruner Jr., saxophonist Kamasi Washington, keyboardists Cameron Graves and Brandon Coleman, and trombonist Ryan Porter. Developing a deep grounding in the standards, WCGD were able to “really develop our own sound, one that melded genres, had big hooks, and club grooves”. By the sheer numbers of performers on-stage alone, the WCGD live experience fulfills Mosley’s desire for the musical expression of LA’s unpredictable, entrancing sprawl.

Not content to just remain a sideman and MD for the likes of Lauryn Hill, as well as WCGD, Mosley has just released his latest LP as a bandleader, Uprising. Singing as well as playing bass on the record, Uprising is a development of Mosley’s creative vision and testament to the music’s possibility. Recorded during a thirty-day session with WCGD, one which also produced Kamasi Washington’s critically lauded 2015 The Epic release and 170 other tracks of music, Uprising was a collaborative effort, but one that also stands out as an individual concept. “I’ve always chased the dream of being at the front of the stage leading a creative vision”, Mosley states, and even though he only started singing at 23, he believes “the best way to reach people is through the power of words”. Singing, therefore, “became a vehicle to express myself poetically. A bass solo is how I get my emotions out, but singing fills my soul.” 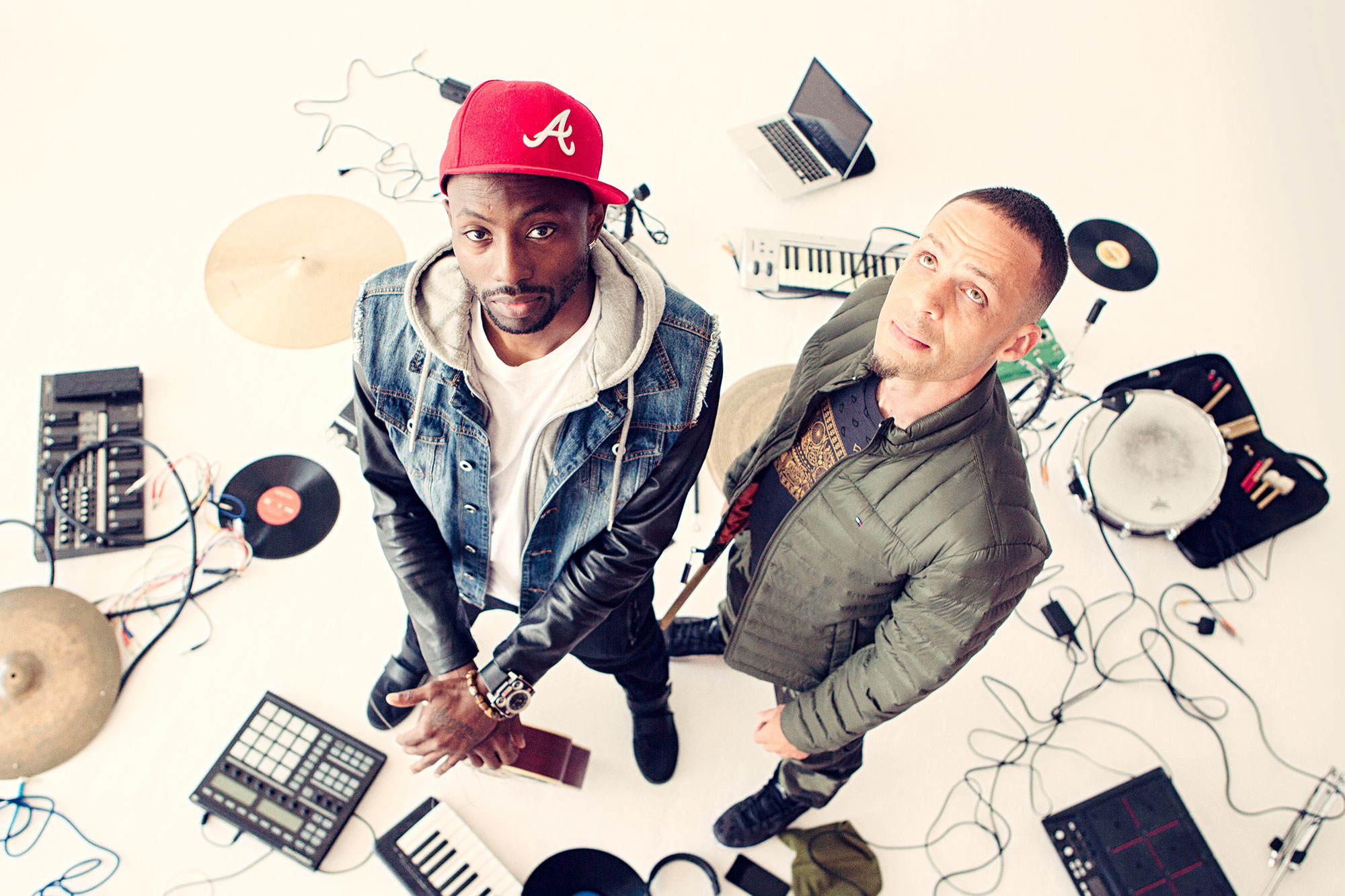 Another artist who prioritises the soulful power of the voice in his jazz-related work is drummer Jaimeo Brown. Whereas Mosley’s upright bass screeches with the distorted urge of a Hendrix solo and his arrangements carry the funk grandeur of a Sly and the Family Stone record, Jaimeo Brown’s work is altogether more introspective, though no less powerful. With his Transcendence project, co-produced by Q-Tip and Jay-Z guitarist Chris Sholar, the duo “look at the world through the eyes of the earliest black experience to try and understand the impact and influence that those first African American music-makers had”, Brown explains.

“They would create music that wasn’t necessarily for entertainment but to heal the community, to worship and to transcend incredibly traumatic experiences”, Brown states, channeling the strength of these spirituals in his own pieces, using their latent power to overcome present-day difficulties. This latent power manifests most clearly in the voice, as sampled on the railroad work song of recent single ‘Be So Glad’. “The voice communicates something that is considered ancient to us,” says Brown, “but through it, we seek the future also. It’s in the vocals that you get the rawest notion of earthiness and human emotion.”

This rawness is an essential component of the traditions of jazz, it can be found amongst the blues of Nina Simone and in the guttural scrapes of Albert Ayler’s saxophone. But Brown’s work isn’t harking back, it is looking forward. He states, “we have to tell stories with the music, that’s its main function. It should paint pictures”, pictures not just of history but of “the creation of this new language through which we express what we’re living.” 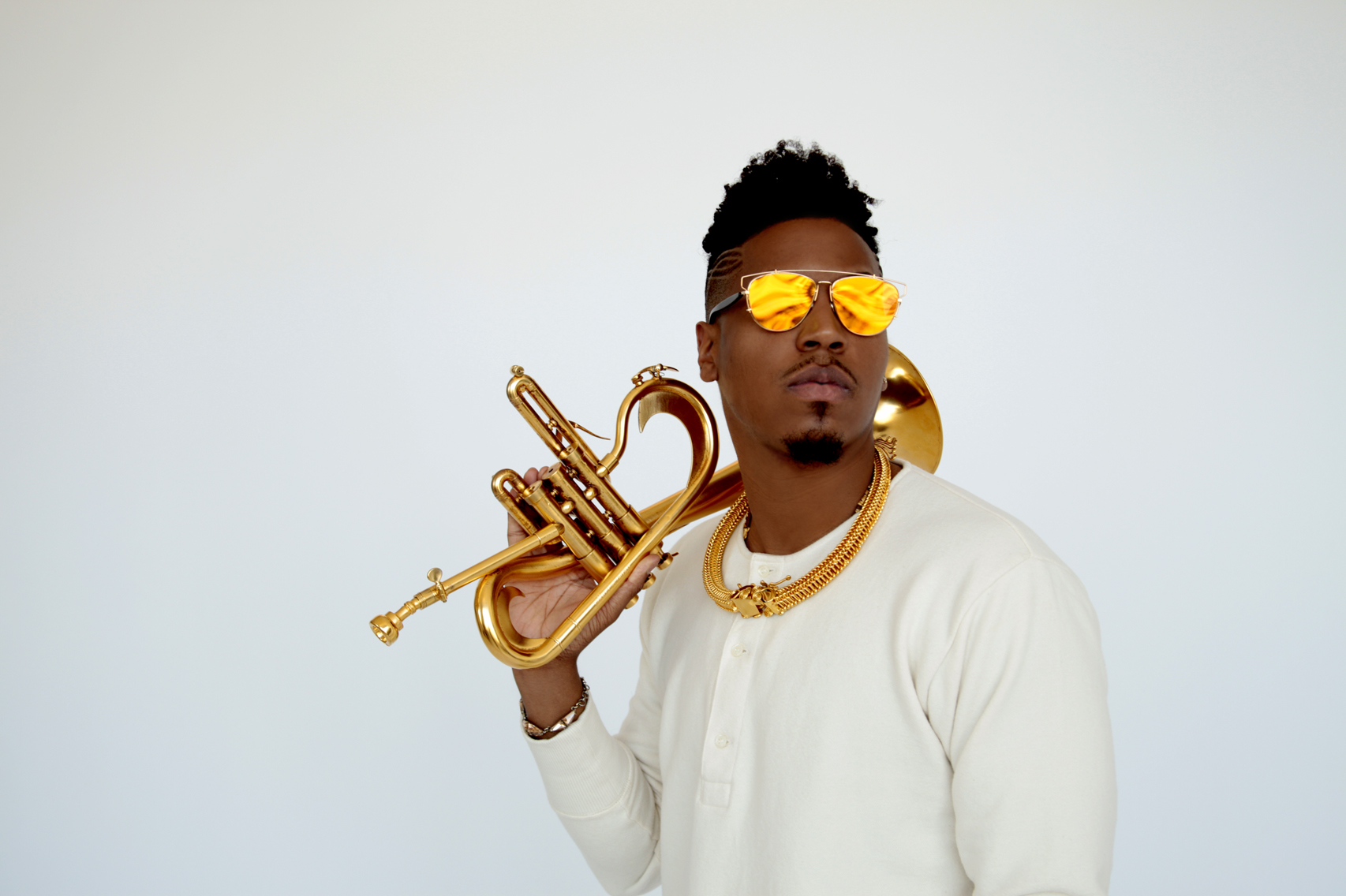 In appropriating the work songs of early 20th Century African Americans, Brown juxtaposes the ancient tradition of the voice and oral storytelling with the hip-hop mentality of sampling. It is here that his work embodies the jazz concepts of improvisation and experimentation, using technology to expand instrumentation rather than fight against it. Similarly, trumpeter Christian Scott incorporates technological advances into the vernacular of his new jazz music.

A proponent of ‘stretch’ playing, a style of harmonic forecasting which prioritises improvisation within the constraints of melodic intent, Scott is an influential mentor to the next generation of talent. “Most of the musicians on my previous two projects, Stretch Music and The Centenary Trilogy, have been under 25”, Scott enthuses. “I want to cultivate an environment where collaborators like [saxophonist] Braxton Cook and [flautist] Elena Pinderhughes can expand their knowledge-base and vocabulary. I want to encourage dynamic and rebellious musicians and create an environment where we promote courage”. This ‘courage’ is employed not only in experimental arrangements but in Scott being “honest about what I see in the music I express, being a witness to stand up to what I believe in”, manifesting in tracks like ‘K.K.P.D.’, a haunting retelling of police harassment Scott himself was the subject of.

As its title suggests, Scott’s latest project, the vastly ambitious Centenary Trilogy acts as a sonic metaphor for the current trajectory of jazz. It exists to “comment on all the music that has grown in the last 100 years and uses it to re-evaluate how we should communicate musically at the stage we are at now”. The three records, therefore, incorporate the Afro-Native American rhythms of Scott’s heritage, as well as stuttering 808 hip-hop drums, trap bass, and washes of guitar. It is experimentation in the mould of Mosley and Brown, incorporating the lessons of forebears to “create an environment that reflects what we’d like to see in society”, Scott explains. “It’s social music, an acculturated music; we might mix Senegalese music with alt-rock and Delta blues since this mixing reflects my aspiration that people belong together and all are welcome, valid and legitimate.”

Ultimately, even the term ‘jazz’ is perhaps outdated to describe this new means of self-expression. As Scott explains, “the more adjectives you use to describe something, the more inaccurate it is”, and Mosley concurs, saying, “I want to create an embracing sound that doesn’t feel elitist or untouchable. My audience don’t have to understand 100 years of jazz history before they press play. It only matters that they enjoy what they hear. The music is about bravery, no matter what genre appeals to you.” And what they hear is inevitably new. As Brown concludes, “we’re not trying to recreate anything, we’re trying to contribute to the historical dialogue and that can’t happen by repeating what’s already been done.”