There’s an old saying that goes: you’re only as old as you feel.  There are slightly more risqué variations to that saying that all end, ‘as old as the person you feel’ but, no matter which way you come at it,  if either is applied to Dame Vivienne Westwood then she’s probably no more than 30-years-old.  If that.  There’s a reason why Dame Viv is such a treasured part of not just British fashion history but global fashion history.  It’s just an undeniable fact that if it were any other designer who was so consistently front and centre as the face of their own marketing campaigns we would all feel varying degrees of unease about it.  Yet, it’s also an undeniable fact that even in her 80th year, Dame Viv as the face of a Westwood campaign feels as natural and as comforting to us as dawn and dusk.  There will come a time when we’ll no longer be able to marvel her uniquely aggressive zest for life and her refusal to let age shape her enjoyment of it.  At the point the hole left behind will be as big as the ones left by the likes of Karl Lagerfeld and Yves Saint Laurent before her. 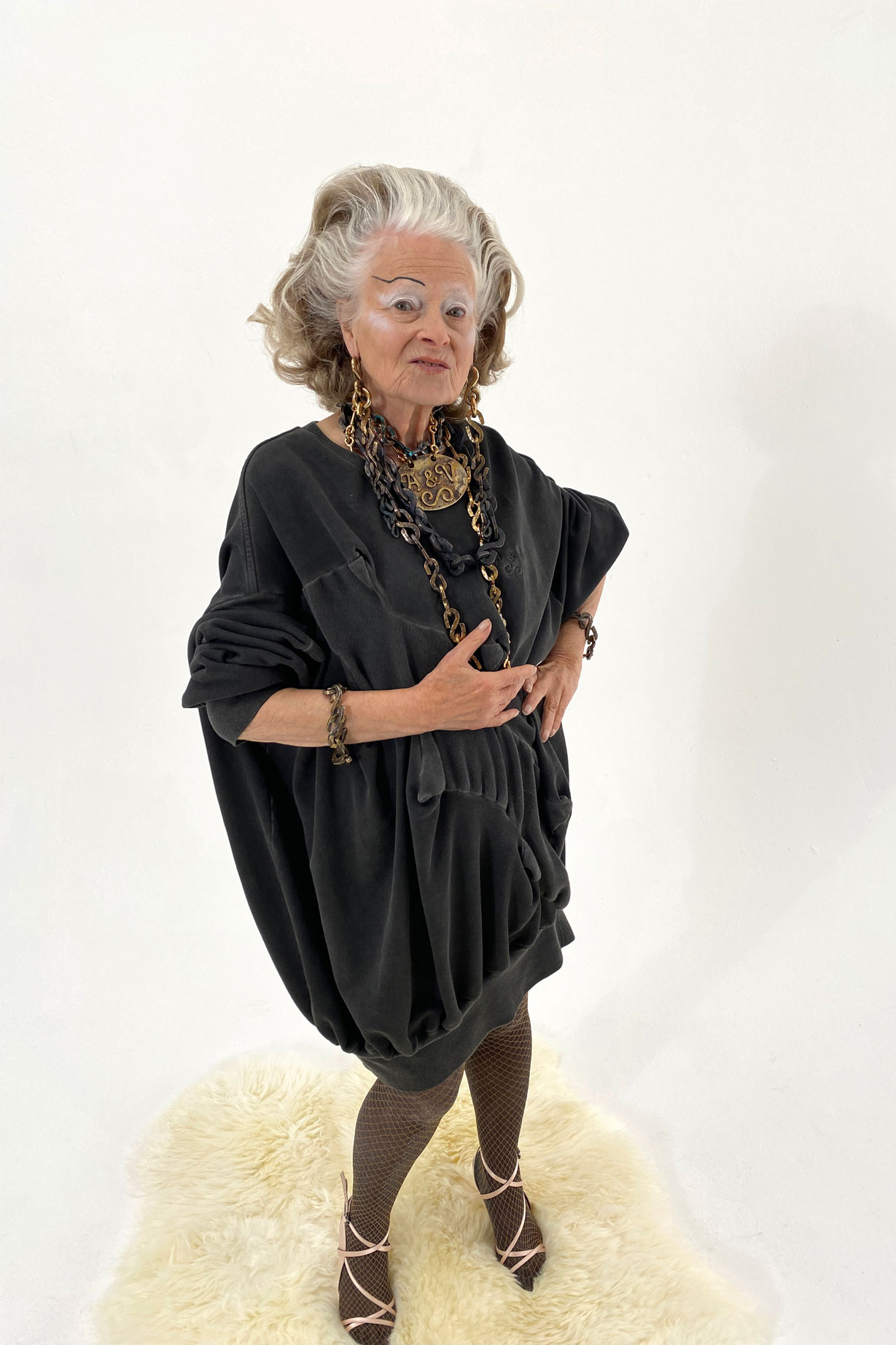 So, for now, it’s all we can do to relish every bit of creativity she brings into the world lest we have to later sit in regret for not having paid enough attention when we had the chances.  So how could we not take the time to indulge in another chapter in this story with the release of the new lookbook for the S/S2021 collection?  It not only features a cast of unique models – including legendary original Westwood muse Sara Stockbridge – but also Dame Viv and Andreas Kronthaler himself, who also doubles as the campaign photographer shooting on (we kid you not) his personal iPhone.  Every part of that sentence marks Westwood out as something singularly unique in fashion and impossible to replicate or duplicate. 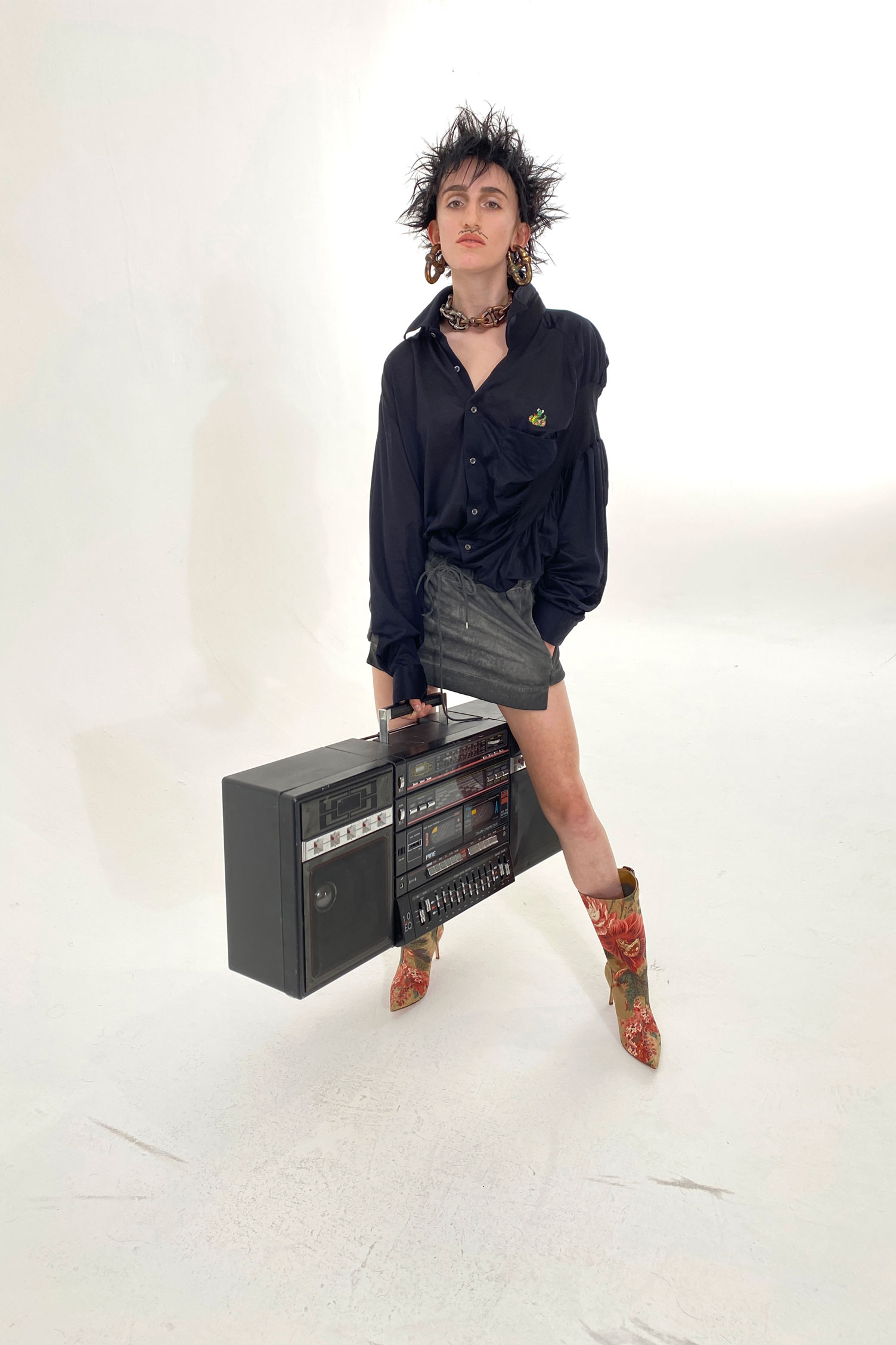 It should not be overlooked, however, that everything they do is based on the clothes they make.  And everything they make has Dame Viv’s environmentally sustainable credentials woven into each piece of fabric.  Recycled, upcycled, ecological and environmentally sustainable, organic, FSC certified are just some of the many subplots to the main narrative.  As with another British fashion institution, Stella McCartney, the design always comes first.  Everything else is just a bonus.  It’s just a happy consequence of their perspectives on life in general that those bonuses also materially help to save our planet. 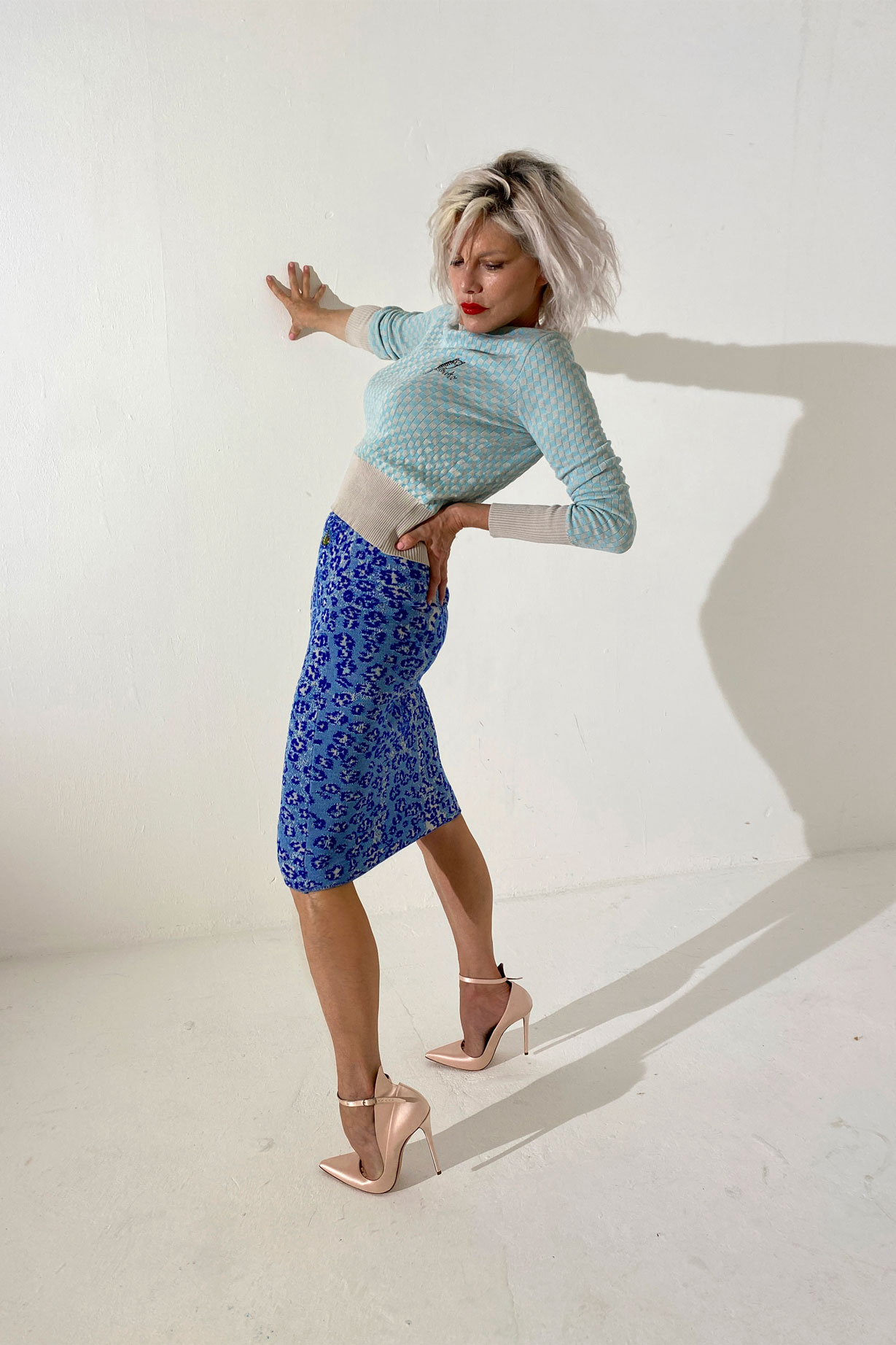 That’s the foundation on which everything is built and the reason why Westwood as a label is so revered and successful.  Everything you would need to indulge your own creative sensibilities is there – the amazing silhouettes like the enveloping velour  sweater-dress in deep grey; the drama of the floor-length gowns emblazoned with giant cherub graphic prints;  the chic elegance of the architecturally unfathomable crushed bustier top teamed with a mint green, half-length pencil skirt and the easy wearability of the ink-blue shirt with the quirky cartoon snake insignia teamed with a casual grey, draw-string waisted mini-skirt.  At a certain point it almost seems to do the collection a grave disservice to try and describe it in words but, fortunately, team Westwood has always been masters (mistresses?) of maximising their visual language so it’s perhaps always been better to let the pictures do the talking. 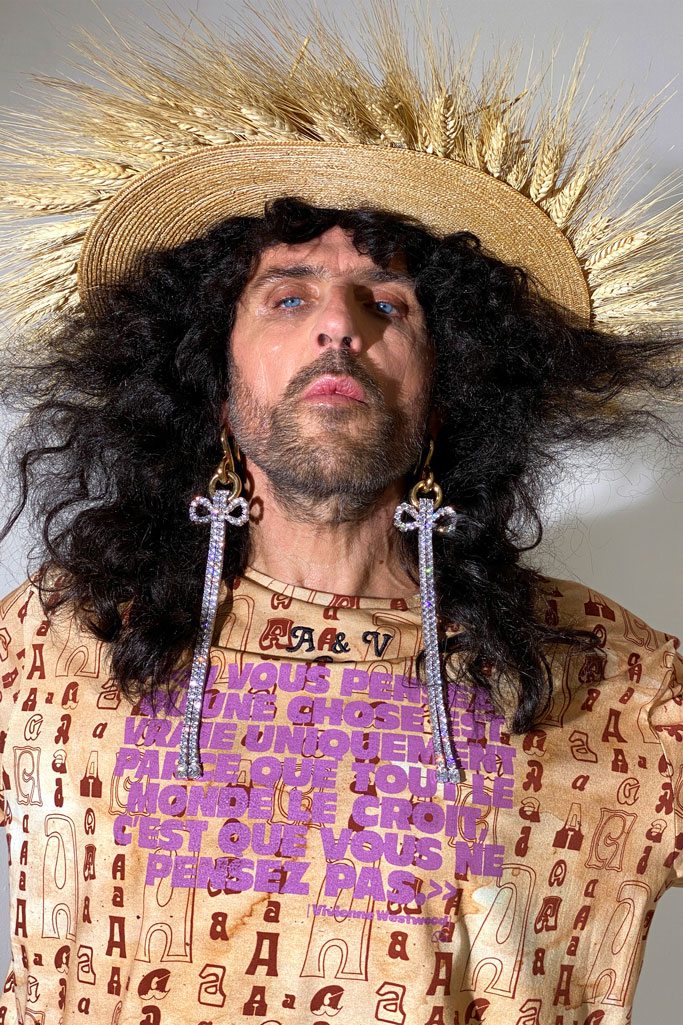 To let more pictures do the talking follow us on Instagram today to see more of the Vivienne Westwood S/S2021 collection and visit THE FALLtv to watch the campaign film (also shot by Kronthaler on his iPhone).

Click here for part X of our Sustainable series.