Streetwear Fashion Designers To Look Out For Autumn/Winter 2018

Nicola Formichetti, the man behind Nicopanda, has the kind of pedigree in fashion that can only mean good things for the future.  Coming from both Japanese and Italian heritage, he’s paid his fashion dues working for some of the biggest brands in the industry.  He was Diesel’s artistic director (the company’s first) for five years until he decided to leave at the end of 2017.  Prior to that he was the creative director at Thierry Mugler.  Despite these heavyweight roles in the industry he also found time to work on numerous fashion magazines, consult for numerous brands – Dolce & Gabbana, Alexander McQueen, Nike – and style some of entertainment’s great and the good – Lady Gaga and Kim Kardashian, to name a few.

Bizarrely, he’s also a trained classical pianist and a former architecture student.  It’s these experiences and and clashes of cultures that make’s him the creative force he is behind Nicopanda, the label he co-founded with his brother, Andrea.  Now into its third year the brand has firmly established itself on the catwalks of London Fashion Week and a rapidly growing cult following can’t get enough of his innovative, fun yet ultra stylish designs.  Let’s not be silly though.  You won’t be wearing them to church any Sunday soon but at the skate park, flea-market, club or bar on a Saturday night, no-one will be able to hold a candle to you. 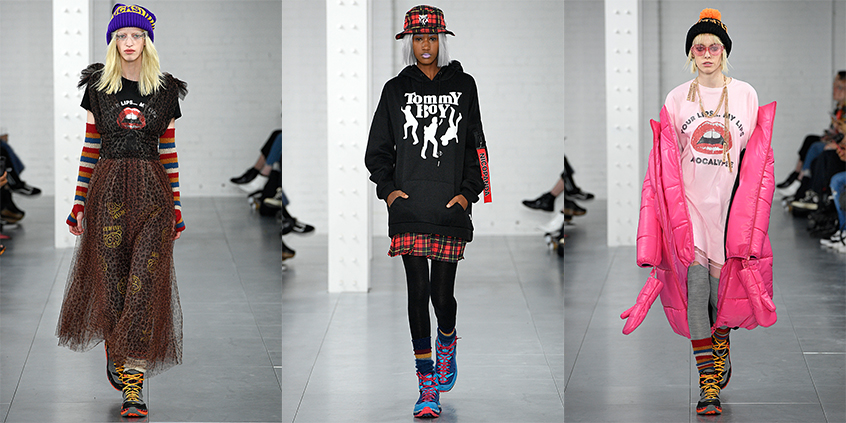 To see footage from Nicopanda’s A/W18 show at London Fashion Week visit and subscribe to our YouTube hub here.

The other streetwear fashion brand that (still) excites us this season is Danish born Astrid’s eponymous label. Astrid Andersen has been gathering a head of steam ever since it launched primarily as a menswear label back in 2011.  Coming through the Fashion East initiative started by Lulu Kennedy in 2000, Astrid joins an illustrious alumnus that includes names like JW Anderson, Gareth Pugh, Simone Rocha and House of Holland.  All of them have gone on to do great things and Astrid Andersen is no exception.  It’s a brand we love so much that THE FALL ran an extensive feature on her previous winter collection for our A/W2017 issue.  And here we are again, one year later.  Time flies when you’re having fun.

It’s Astrid’s luxury casualwear aesthetic that we can’t get enough of – designs that make you look dressed up without feeling dressed up.  It’s a feeling that’s obviously shared by many if a client list that includes superstar recording artists like A$ap Rocky, Rihanna and Drake is anything to go by.  The affinity doesn’t end there either.  For Astrid’s A/W18 show in Copenhagen earlier this year she invoked the Buffalo fashion era of late 80s/early 90s London, a period of fashion that’s dear to many of us who aren’t (unfortunately) millennials.  Buffalo gave us legendary uber stylists like Ray Petri and photographers like Mark Lebon.  As our own tribute to that era we had Mark Lebon shoot the cover feature of that same A/W2017 issue with Swedish actress Noomi Rapace.  What’s not to love when creativity breeds creativity like that? 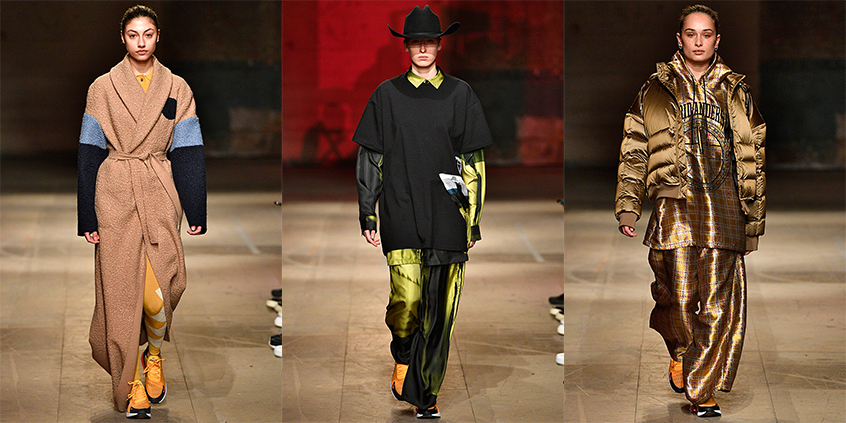 To see the BTS film of our cover shoot for the A/W2017 issue between Noomi Rapace and Mark Lebon visit and subscribe to our YouTube hub here.