Astrid Andersen, Girls Will Be Boys 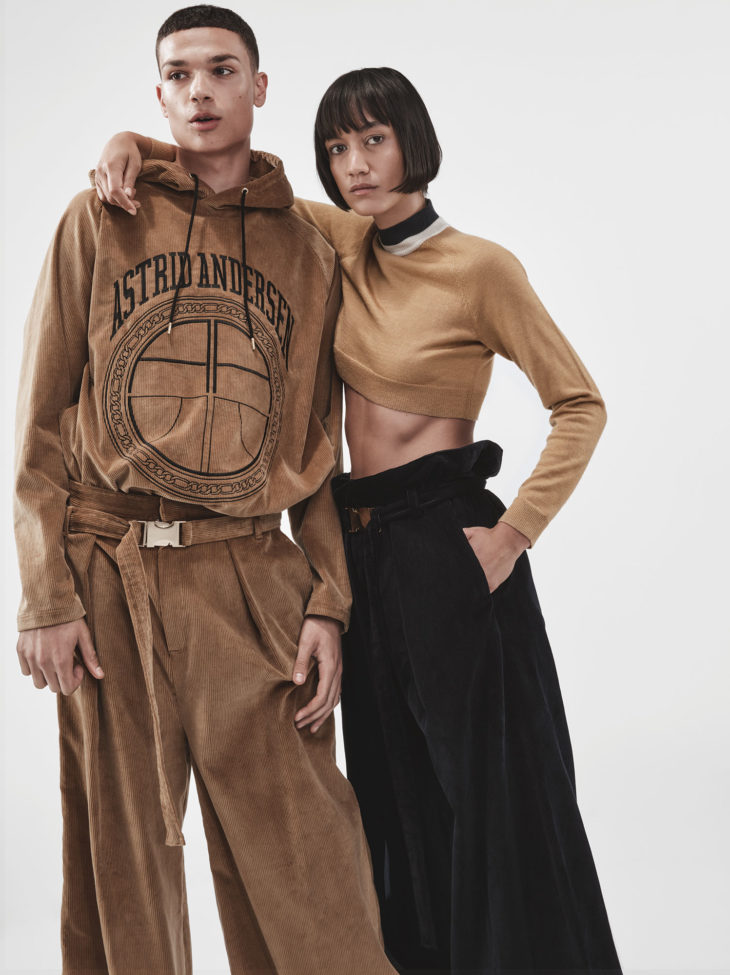 Photography by Hans Zeuthen | Styling and Words by Elgar Johnson

Women have been buying Astrid Andersen’s menswear since day one. “I feel like the girls have somehow picked it up along the way and insisted on becoming part of this world,” she explains. “What I feel is exciting in menswear has somehow always been a relevant style for women who wanted this look, and they have happily bought my clothes as menswear.”

We’re meeting on Andersen’s home turf of her Copenhagen studio, where the designer is launching her new collection… for women. In the five years since London Fashion Week Men’s first launched, arguably its biggest success story has been this unstoppable Danish powerhouse. In that very first presentation as part of the hugely successful and influential MAN platform, Andersen dramatically turned up the heat on the menswear scene in London, and now her name is synonymous with her fully established luxury menswear brand, which has been proudly worn by the likes of urban music icons A$AP Rocky and Drake. And at the beginning of the year she finally unleashed her womenswear vision.

She’s absolutely honest about womenswear never being a central part of her plan, though. “I didn’t always want to design for women,” she confesses. “I love doing menswear and I think being a woman in that world has been to my advantage. My approach to menswear has always been from a female’s perspective and now the re-translation back into womenswear comes from a menswear perspective and so, somehow, I’ve come full circle in some bizarre way… Does that make sense?” 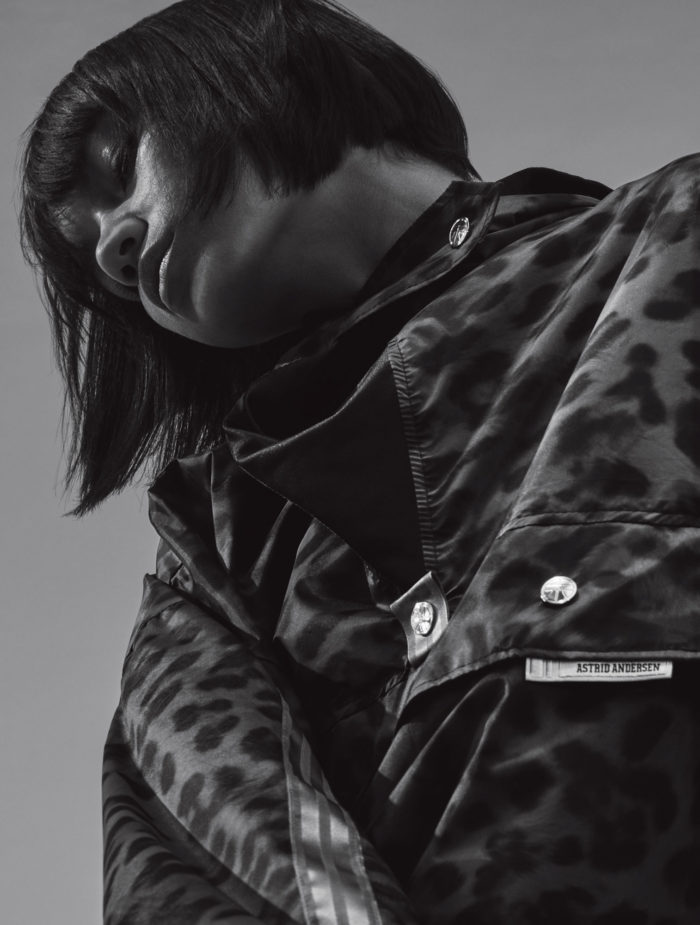 “It’s neither streetwear or sportswear. It’s a lifestyle brand”

I first met Astrid back in 2012, when the iconic stylist Simon Foxton invited me to cast her show during the autumn/winter season that year, and almost immediately it was easy to sense just how important she was going to be to the fascinating luxury menswear/streetwear scene. We’ve been working together ever since, and it’s been something of a privilege to have a front-row seat while she’s made her sensational rise over recent years. A graduate of London’s Royal College of Art, Andersen has been steeped in authentic men’s streetwear from the start, although she declines to label her clothes as such. “It’s neither streetwear or sportswear. It’s a lifestyle brand. It’s about redefining luxury and lifestyle using elements from sports and streetwear, because these are the essentials for our generation.”

Warming to her theme, she gets passionate when asked how streetwear has changed over the past few years. “The term streetwear has been understood and then misunderstood, reworked, revamped, totally exploited and now I feel like, ‘Why can’t we just agree that we are a generation of men and women who demand to be comfortable?’” she pleads. “I don’t need to look different in the street or the club or my office and that’s the essence!” But now that she’s turning her attentions to womenswear in a serious way, who, I wonder, is the Astrid Andersen woman?

“She is cool. Very cool,” Andersen says firmly. “She contains all the elements of the Astrid Andersen guy – she is just as confident and strong minded. She is sexy, but too busy to pose about it.” 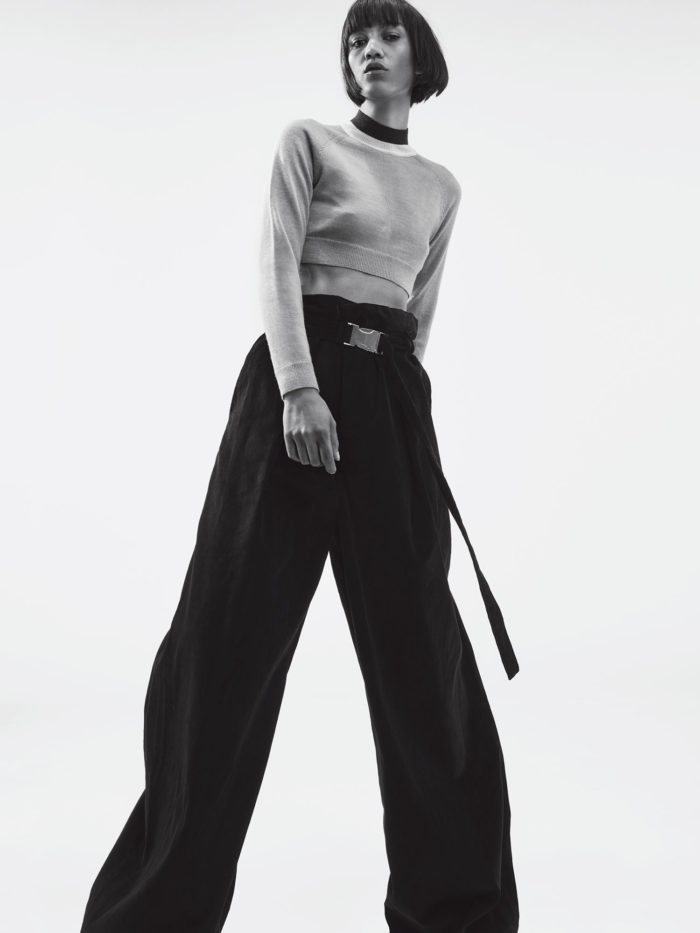 And how would the Astrid Andersen man and the Astrid Andersen woman get on? With a sly chuckle, she offers the perfect answer: “They have been best friends for about 15 years and then they realise they are the loves of their lives… I hope they act on it!” Clearly a romantic, Andersen has just shown her second womenswear collection in her hometown of Copenhagen, where she also showed her first, something that could be seen as quite a sentimental decision. “Well, the collection truly reflects me as a person and my vision, as I travel and spend my life in between London and Copenhagen, so this was a good way to tell that story. Secondly, I like to take things slow and watch them grow before I apply too much pressure, and Copenhagen somehow feels safe to me. I feel at home here with my family and it’s a smaller scene than when we show in London.”

Of course, she also makes it very clear she sees herself, and her clothes, breaking down boundaries all around the world. “I love that my brand is international,” she says. “I have also shown in New York and in Shanghai, and it makes total sense for the brand to travel like that.” But she adds, crucially: “London will always be home for my aesthetic and that won’t change.” 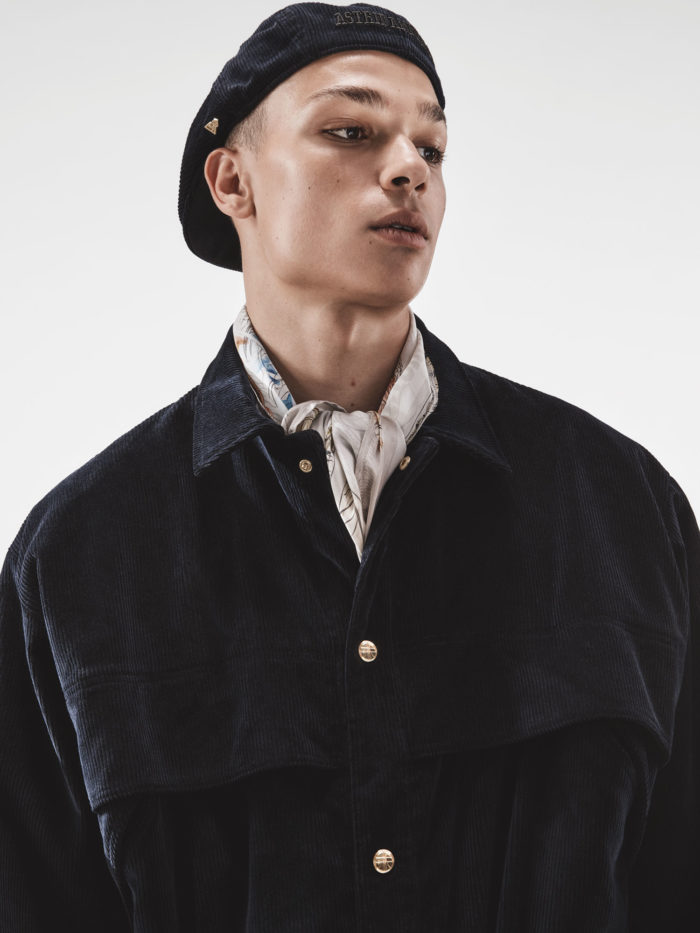 “I make clothes for people to wear and feel good about themselves in, so whenever I see people wearing them, it totally blows my mind”

Having known her for years now, it’s always exciting to spot her clothes being worn in high-profile situations. I mention to her how I once saw a Miley Cyrus video in which an Astrid Andersen T-shirt was being worn and how I freaked out about it. She laughs at the story and seems grateful to be kept informed about such moments. Her high-profile fans also include the likes of MIA, with whom she recently collaborated, and the mighty Marilyn Manson. It has always been an eclectic mix of high talent appreciation for her, season after season, but what they all have in common is the passion they share for her designs. The question is why?

“Because they are true artists and they see the genuine personal vision in my clothes,” she says. “They appreciate the non-corporate hard work and that I don’t look for lame, bullshit endorsements. I’m about independence and they completely identify with that. I mean, that’s my really bold interpretation, anyway – you might have to ask them why they like my stuff.” 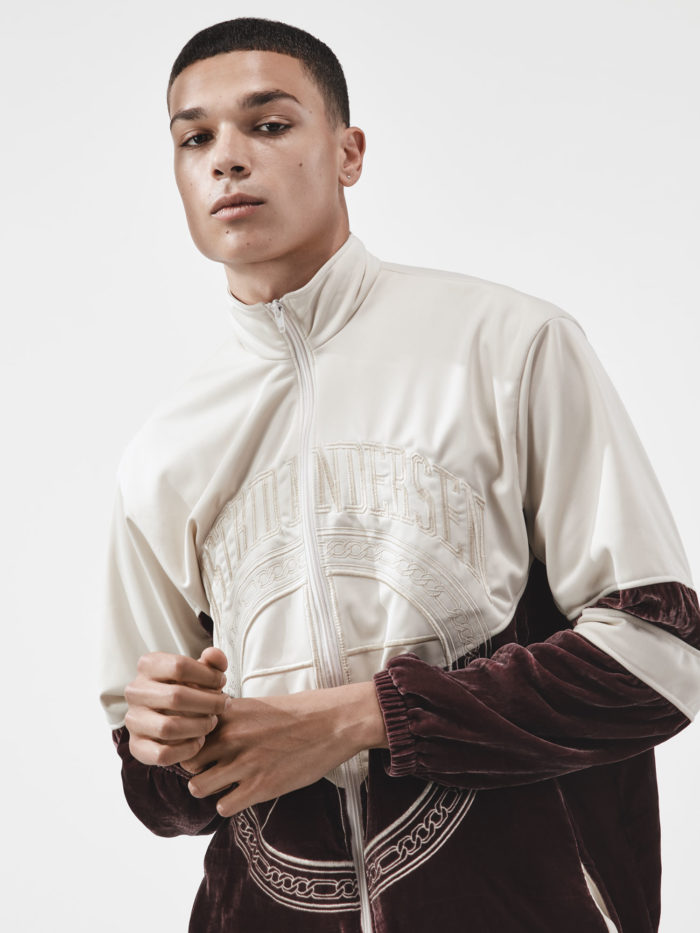 When it comes to avoiding the bullshit, true to her word she is just as excited to see ordinary members of the public as well as celebrities wearing her clothes. “That’s the goal, you know? I make clothes for people to wear and feel good about themselves in, so whenever I see people wearing them, it totally blows my mind. And that’s what I love about my web shop as well,” she says. “We get all hyped in the office when someone in the smallest town out in the middle of nowhere orders something, because it’s just exactly what I dreamed of.”

As the day winds to a close, the conversation turns to what her dream collaboration might be and, true to form, she offers a suitably surprising answer. “I love it when a collaboration is unexpected. There are too many completely obvious, profit-driven collabs out there, if you ask me. So I would love to do a Mont Blanc pen.” Like most of my peers, I imagine, I can’t remember the last time I actually put pen to paper, but I still can’t wait to see the Mont Blanc by Astrid Andersen pen. No doubt it would be just as exciting as everything else in Andersen’s dazzlingly bright future. 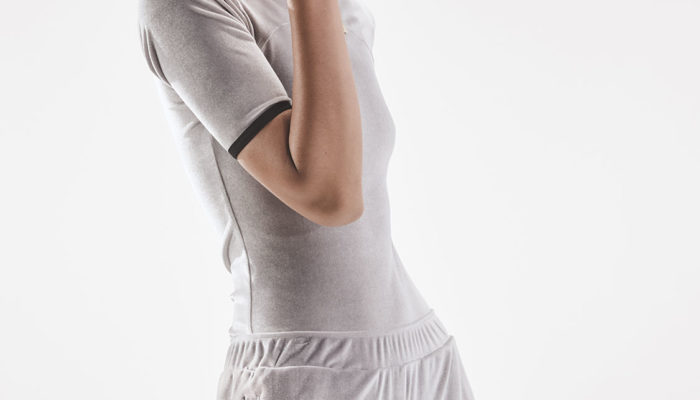 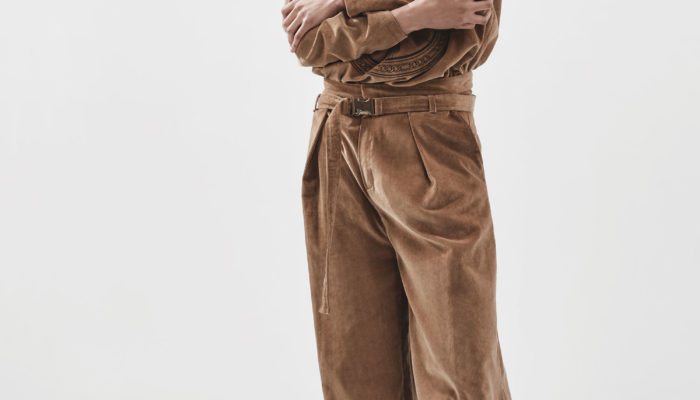 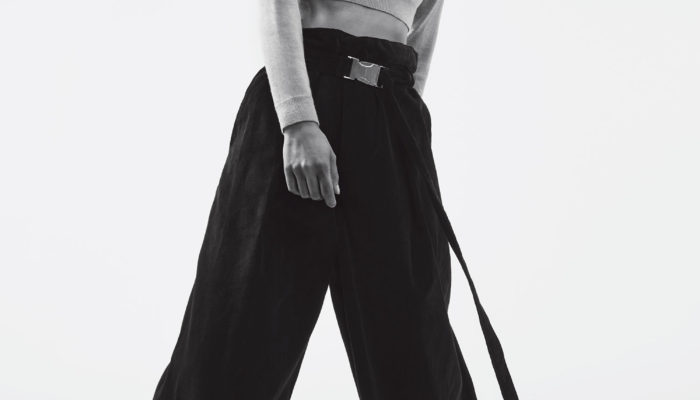 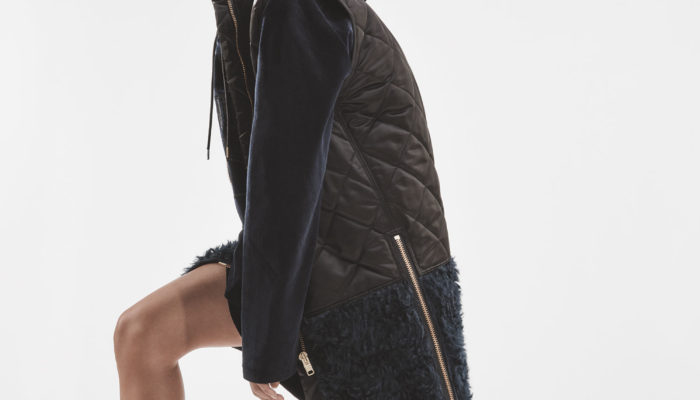 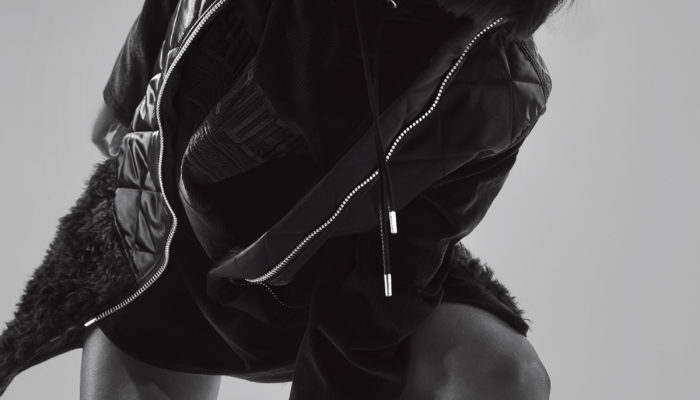 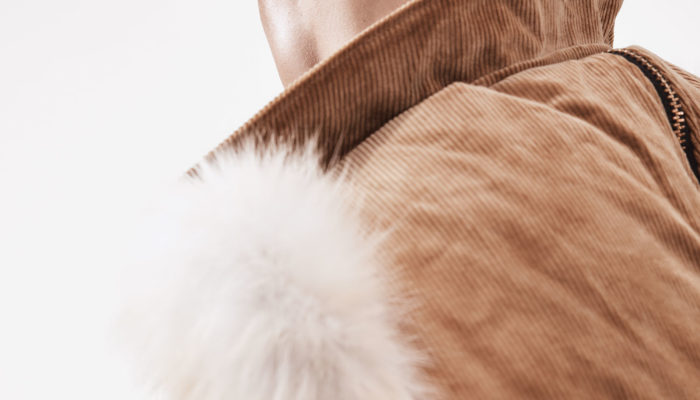 This is an an article taken from the latest issue of THE FALL available to purchase from nationwide retailers and our Shopify store here.