Polaroids of Women – by Dewey Nicks

There are a lot of ways people view photography.  It can be thought of as an expression of art by some, as a way to inspire for others or as a personal examination of the photographer’s own personality and soul.  It can also be a contemporaneous documentary of a moment in time.  In truth, the photography that resonates the most with people will have some, if not all of these elements.  Sometimes it’s the most unexpected, off-guard moments captured on camera that give the us the best chance to glimpse all of those separate elements in one place. 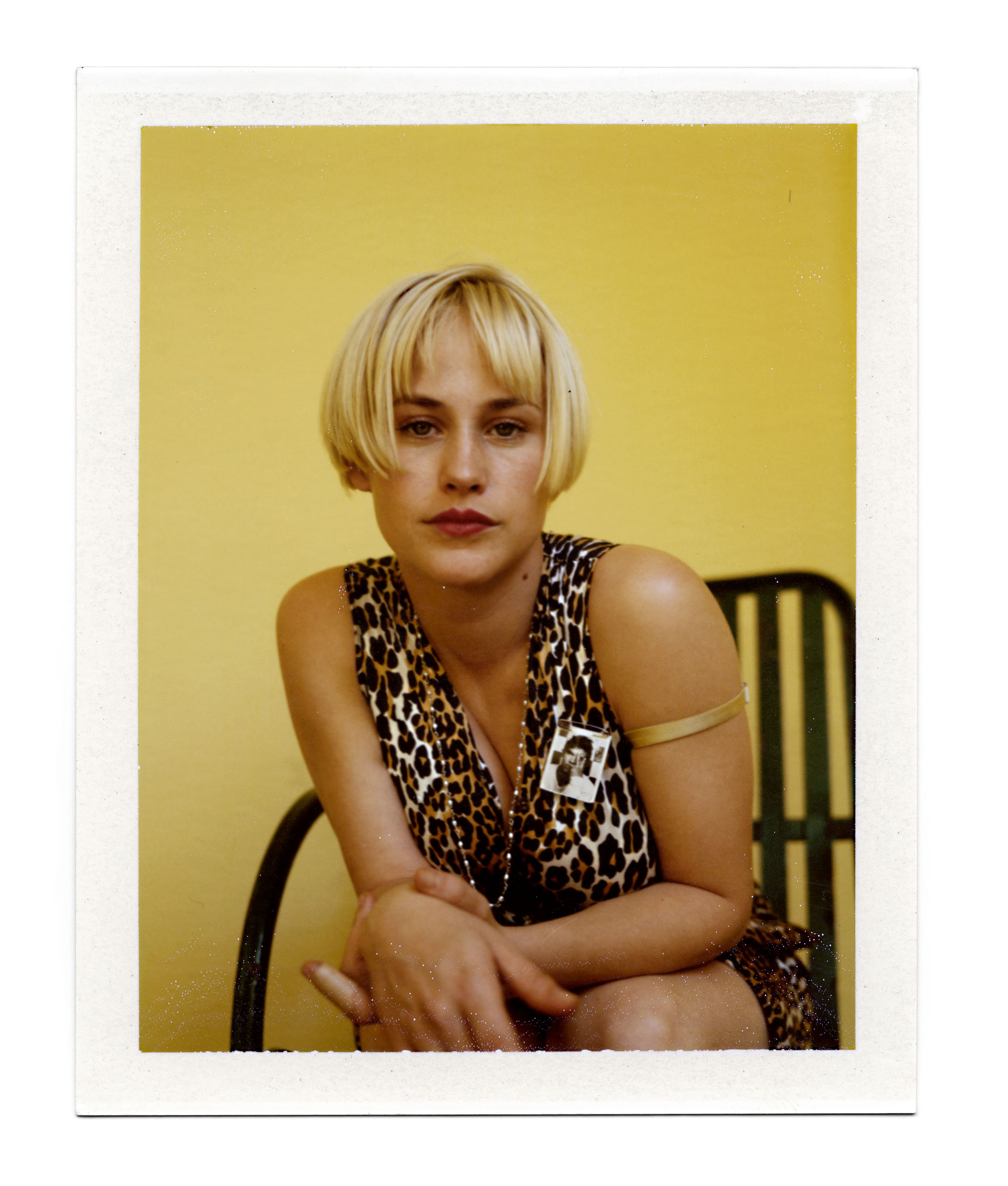 Missouri born fashion photographer and filmmaker, Dewey Nicks, has been in the business for over 30 years.  And, as the old cliché goes, it would be far easier to name the few magazines and brands he hasn’t worked with during that time than to list all of the ones he has.  Let’s just say there are very few articles written about him that doesn’t also include the word ‘legendary’ subtly sprinkled throughout the piece.   It’s aways been quirk of nature that if you get a number of different factors like that all colliding together at the same time, and in the right way, that’s when the unexpected gems can happen. 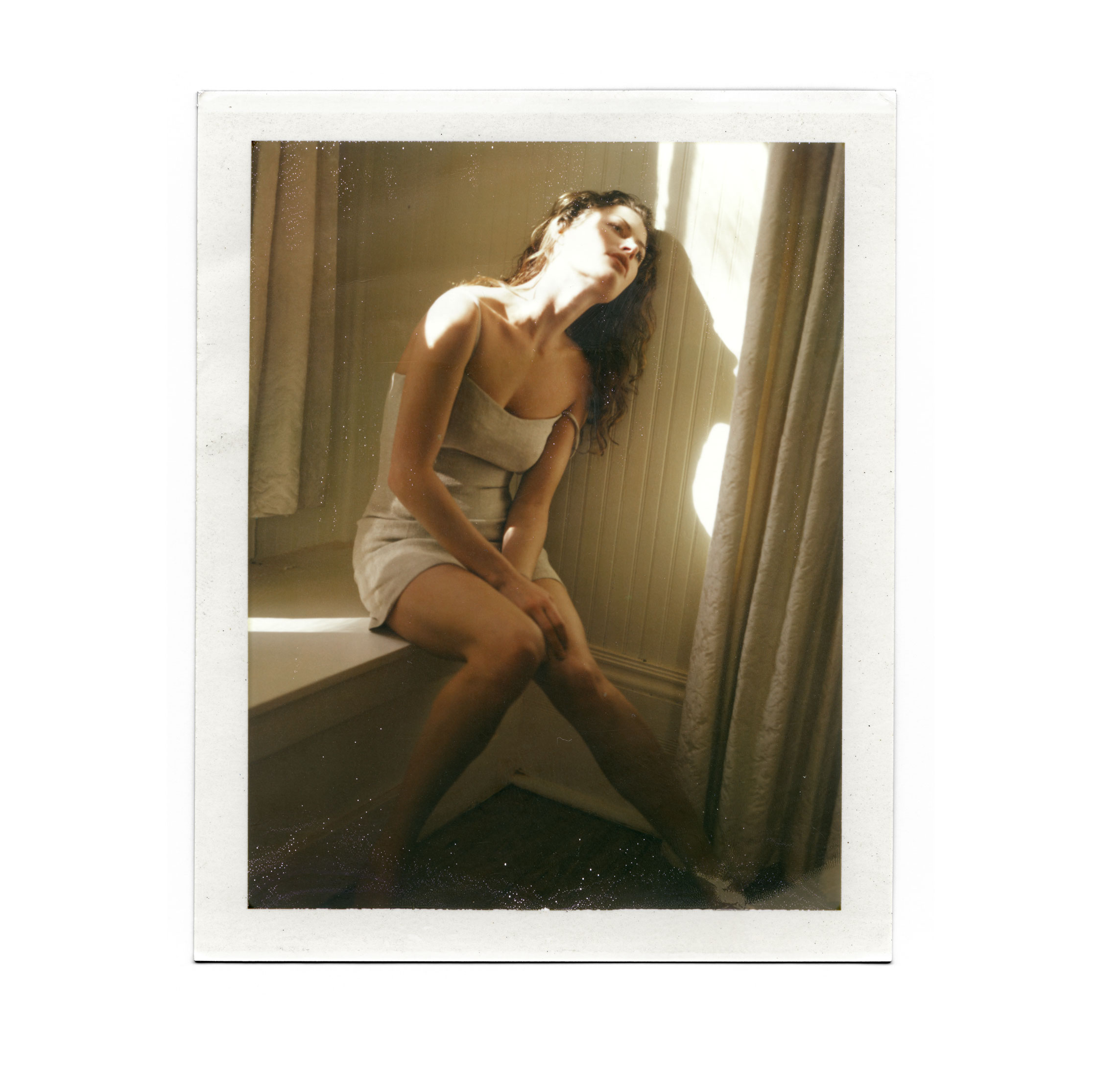 Nicks began his photography career long before the advent of digital technology did away with the need for obligatory test Polaroids before the real shoot began on set.  Combine that with Nicks’ particular gifts behind the camera being recognised all over the world at the time, and suddenly you have an artist documenting the rise of other artists who were on the cusp of, or just beginning their journeys to, the international stardom we associate with them today.  For Nicks, this meant there was an ever expanding archive of unguarded and perhaps less media jaded ‘snapshots-in-the-moment’ with people we would now consider to be household celebrity names.  Years later Nicks rediscovered those Polaroids and became fascinated by the individual stories they told and the over-arching narrative about the real moments that they revealed.  As a way of laying these thoughts bare he recently released an extensive collection of these Polaroids as a book, Polaroids of Women, and we caught up with him to talk about the significance of the project to him and the wider impact and reactions to it.

Congratulations on the book.  How long have you been in the business and tell us the story about re-discovering this particular box of Polaroids.

I’ve been in the business since I was attending the Art Centre in Pasadena in the early 80’s.  I started getting jobs while I was still in the program and have been working ever since.  I made a point of archiving all the work prints, the negatives, the whole inventory over the years.  Three years ago I moved out of the archive space I’d had for over 20 years.  Tucked away on a high shelf, I found a box full of Polaroids that were stored together and represent about a seven-year span of photo shoots from the 90’s.

Did you always keep all your Polaroids or was there something significant about this particular collection that made you want to keep them?

We tried to keep almost everything over the years, but what makes this book really work is that they were curated by my friend Tom Adler, the book designer.  I showed him the whole box and he said, “Let me take this and think about it for a few days” and he came back with this very specific collection by putting his genius eye over the images and selecting shots that told the story of a particular period of my career. 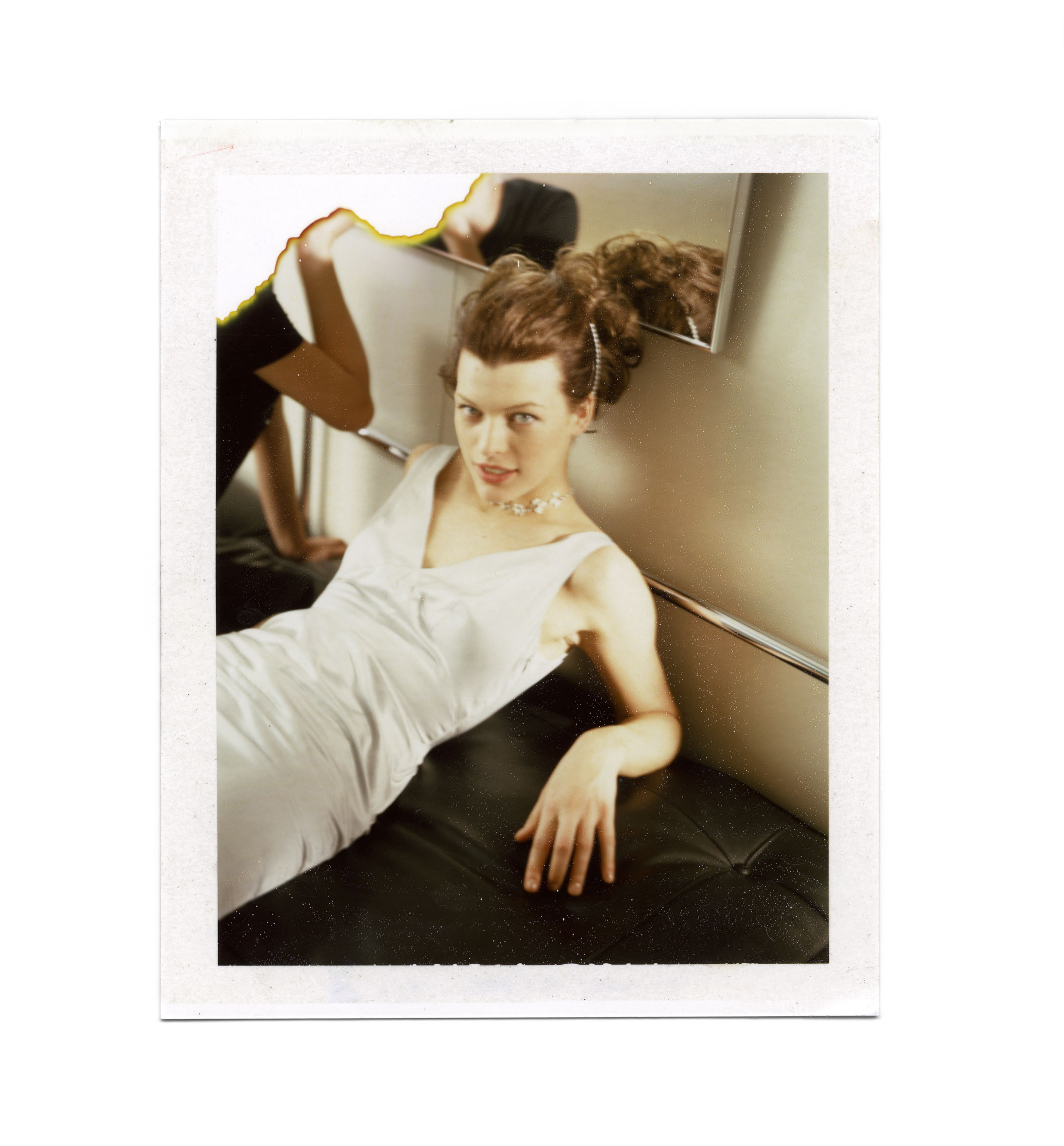 Why did you want to publish your discovery as a book now?

I was fascinated by the box.  So much I had forgotten about.  So many gems that brought back memories.  When I showed them to my daughter she said, “I can tell you really like everyone in these pictures.  You’re so enthusiastic.”  Through my longstanding friendship with Tom Adler, I knew these could be presented as a small monograph.

What are your memories – not just of that time in your life overall but also in terms of some of the images in the book?

My memory of that time of my life is that we were going from shoot to shoot very quickly and there was an air of excitement from meeting a lot of people all the time.  We were experiencing new places and collaborating with great talents almost every day.  Looking back, I feel so lucky to have worked with so many talented editors, producers, hair & makeup artists, and the on-camera talent.  I love that these Polaroids are behind the scenes moments… this is how we did it before iPhones, they’re loose and inspired by the people on set trying to make each other laugh, super casual.  Looking through them brings back memories of those days and the people I worked with.

What, if anything, stands out to you?  Are there any stories behind any of the images that have yet to be told?

The opening picture in the book of my wife and I was taken at Itacho restaurant in Los Angeles on one of our first dates.  It was a little hole in the wall in a mini-mall with great service and food.  At the time it was ground zero for a lot of people we knew that lived in Hollywood.  I had so many dinners there with great friends and collaborators… Lance Acord, Robert Lussier, Susan Hootstein, Elizabeth Saltzman, Sophia Coppola, Paul Jasmin… the list goes on.  When I saw that particular shot, I looked around to see who else was at the table.  It’s a great memory of an early time with the woman I married. 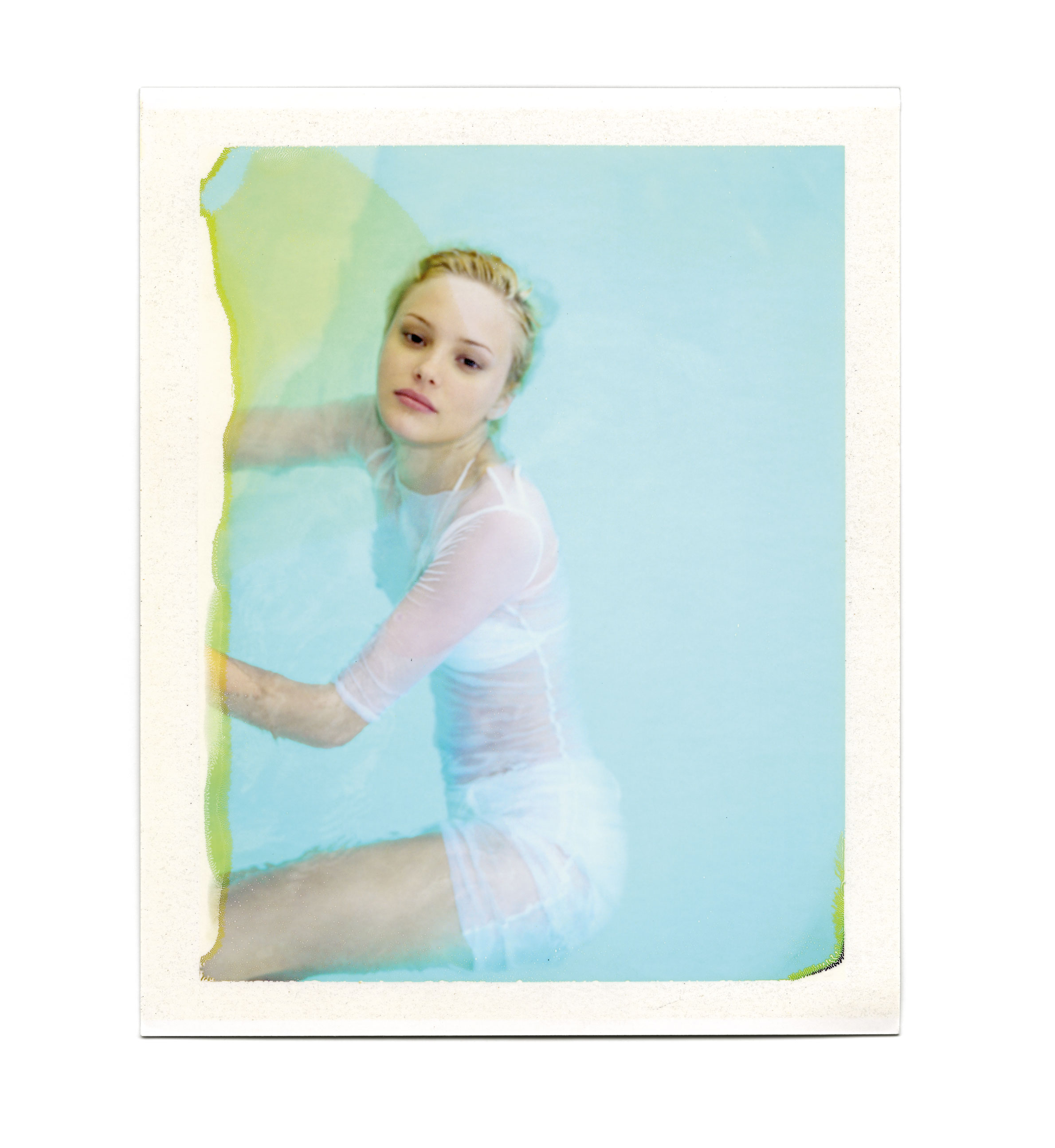 As an overall piece of work, would you agree the book represents something different to the work you are known for?  And, if so, what is it you’re hoping the general public take away from it?

The story I was trying to convey is just that the great part of photographing people is that you get to meet new friends, have a conversation, and capture that moment.  With everyone in the book, I always had a respect for their style or energy or the way they presented themselves.  I tried to capture a part of them that felt truthful to me.  Those are the pictures I was drawn to and presented in the book.

Given the nature of the images in the book, would it be fair to say the subjects were not expecting the Polaroids to ever see the light of day?  What has been the overall feedback from those featured in the book?

I contacted everyone who’s in the book for permission of course, and was blown away by the great responses.  Some of the images were very close to the published images.  Some were a pleasant surprise; forgotten moments that were going to be brought forward after all these years.  We felt lucky to have captured those moments on film because they’re all a 1 of 1 edition, there’s no negative, no multiples of it anywhere.  It’s a very unique photographic scenario.  Everyone was very happy to participate and everyone was incredibly gracious.  I sent everyone in the book a copy of it and received so many lovely reminiscences from the people in it.

Do you have any favourite images?  Are there ones that mean more to you than others for any reason?

The picture on the back cover of my wife in our New York loft with her hair in her face stands out to me, because it represents the beauty and mystery of her and the medium at that time. 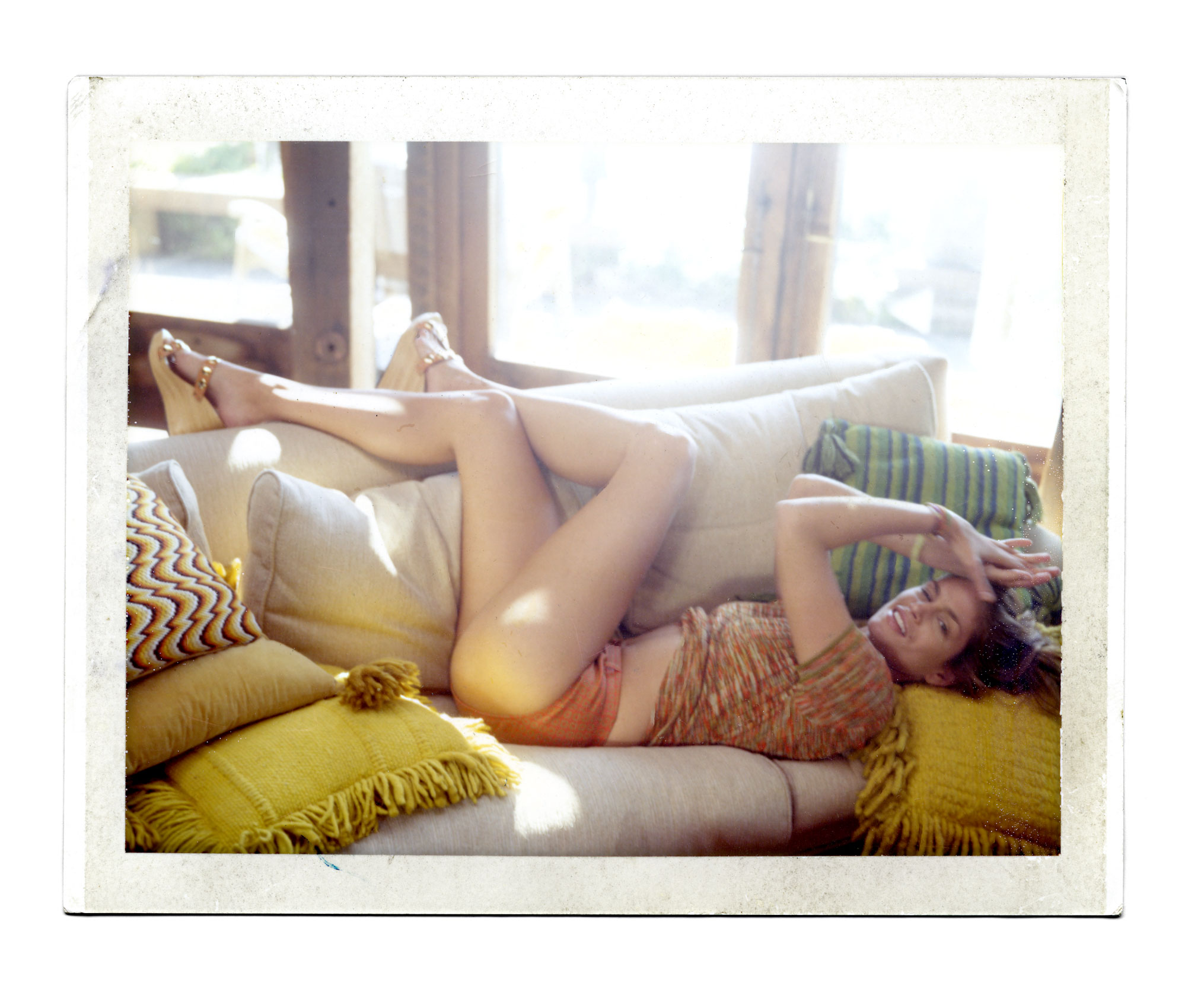 Yes, I’ve started to use the Polaroid camera again and tracked down a lot of Polaroid film that’s not being produced anymore.  I think the idea I rediscovered is that a really simple, unique click of a shutter can be more magical and impactful than the consistent drone of a digital motor drive.  Twelve frames per second isn’t necessarily better than a single perfect click.  I’ve always been inspired by people that were active and unique and genuine and that has never changed and still my number one interest today – to photograph people in motion.

Some of the people you shot were not so famous at the time you shot them.  Has anyone met the expectations you might have had for them at that time?  Did anyone surprise you?

I would have to say that because we’ve had so many special book-signing parties, many of the people in the book came and I got to catch up with a lot of old friends.  Everyone proved to be just as beautiful as I remembered.  I’m really proud of the group of people that were in the book and thankful I had the chance to photograph them and that I can consider them friends to this day. 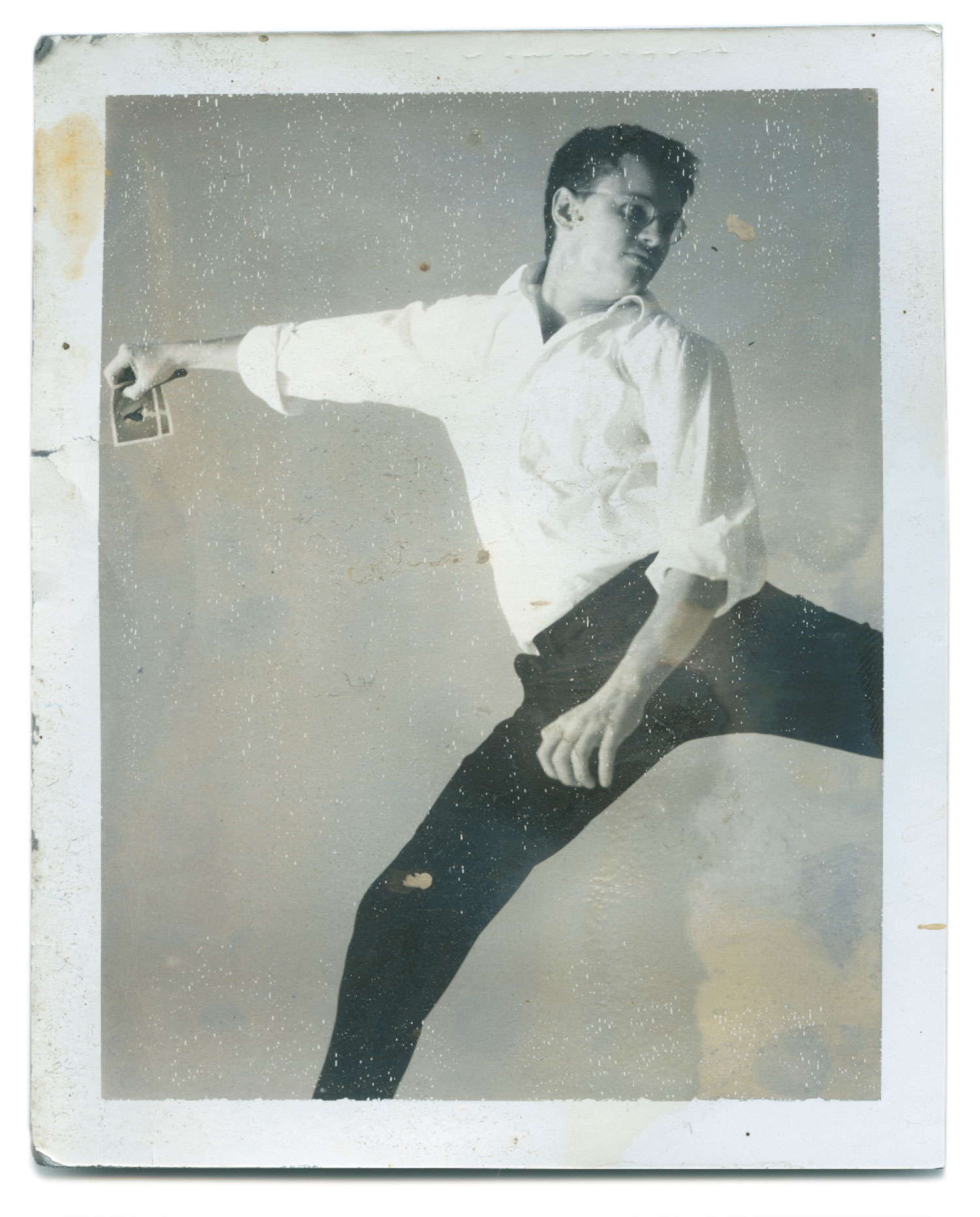 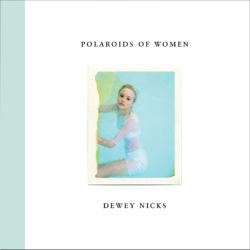 Finally, is this book a one-off or do you have material for more volumes of this type?  Will we see ‘More Polaroids of Women’ or ‘Polaroids of Men’ in the near future?

There are a lot more Polaroids that will see the light of day so I’m very excited about what the next collection will show.

Click here to read our interview with photographer Michel Haddi on Debbie Harry.