Debbie Harry has a place in histories of both culture and music all to herself. André Howard Gayle talks to fashion photographer Michel Haddi about the singer he worked with so much he recently published a book of her photographs.

Blondie.  There are certain names in music that tell a story and conjure a history without a need for explanation.  No-one really needs to hear much more than ‘Madonna’ to instantly access a box full of memories and information stored in the brain.  The Beatles, Björk, Queen, Beyoncé, Hendrix – unless you are really very young or very ignorant of popular culture most people don’t need more than those names to get on the same page.  That’s when you know you’ve transcended the fad or trend of the moment and have a real shot at legendary status.  Which returns us to, Blondie. 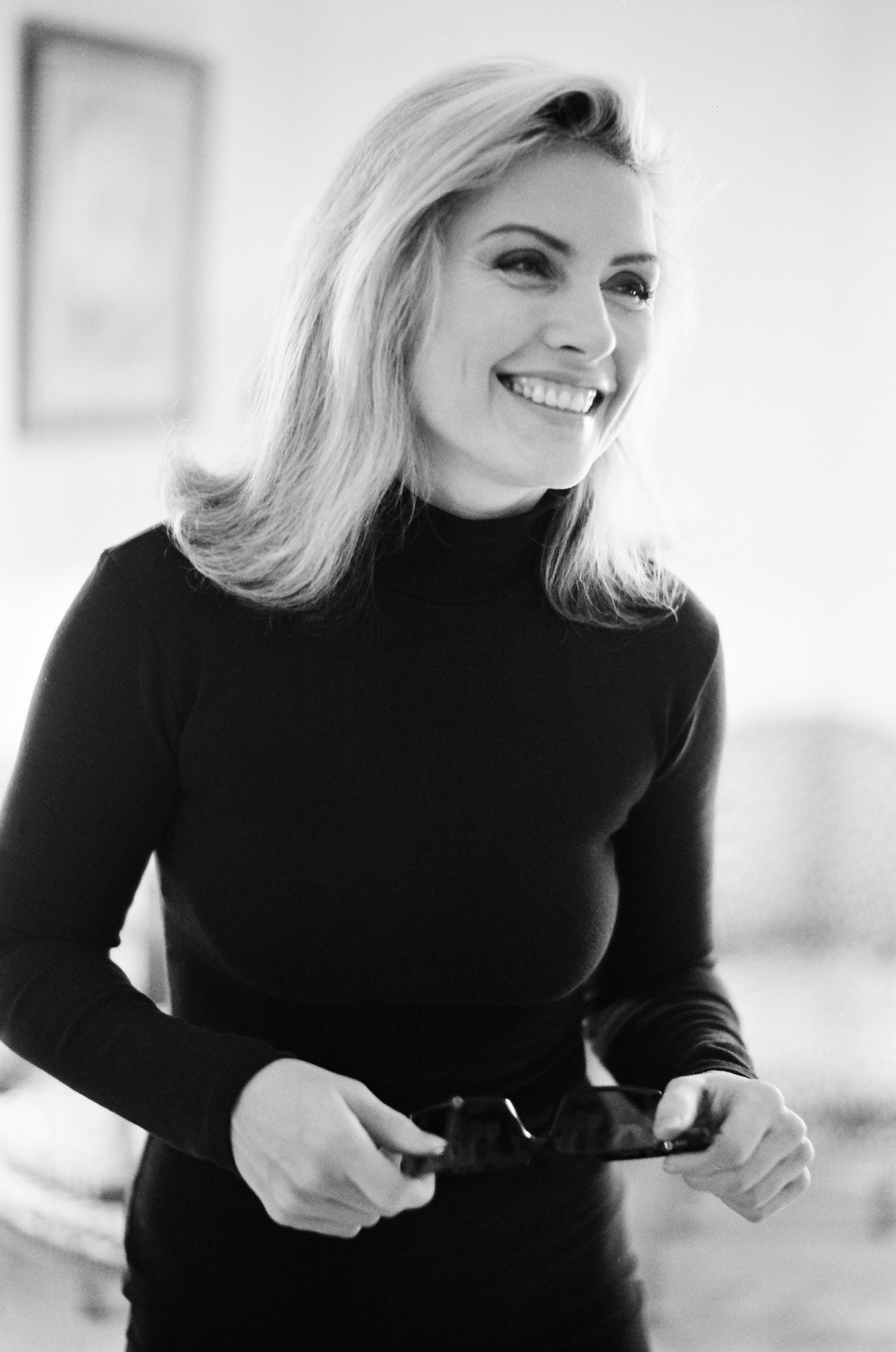 For those of us old enough to remember when Top of the Pops and The Old Grey Whistle Test was a thing, Blondie became something of a phenomenon when they first burst onto the scene as a disruptive new wave punk band from New York City in the latter half of the 1970s.  The time was right and their music spoke to a generation that had been fed a rich diet of Patti Smiths, Tom Pettys and early Springsteen.  But it was lead singer Debbie Harry that really made the difference.  She was the former art student and backing singer with the breathtaking cheekbones, the New York attitude and the mess of blonde hair that took the band global.  For most people she was (and to a certain extent, still is) Blondie, both literally and figuratively.  For a long time people just assumed Blondie was actually Harry’s stage name, not the name of the band.  However, their legacy wasn’t built on image and cheekbones alone.  Bands only continue to be relevant if they continue evolve and speak to new generations on an emotional level.  To date, Blondie have released an impressive eleven studio albums – the first was the self titled album in 1976, the last was 2017’s Pollinator.

Blondie always had real gravity.  Most people forget that Debbie Harry herself is credited with being the first artist to take rap to number one when Blondie released Rapture from their fifth album, AutoAmerican, in 1981.  It was a little blonde girl from a punk band that brought a taste of rap to the masses for the first time in music history, a full five years before Run DMC did it with Walk this Way.  That was a moment that meant a lot to the hip hop community of the day because it was music that came from a genuine place, even if the source was pretty unusual.  They respected that Harry knew and had an understanding of the culture (no-one name checks Fab Five Freddy on a track if you don’t know Fab Five Freddy).  The moment was even recognised in true hip hop fashion when rap godfather KRS One sampled Harry’s sung vocals for his own track Step into a World (Rapture’s Delight) from his 1997 album, I Got Next. 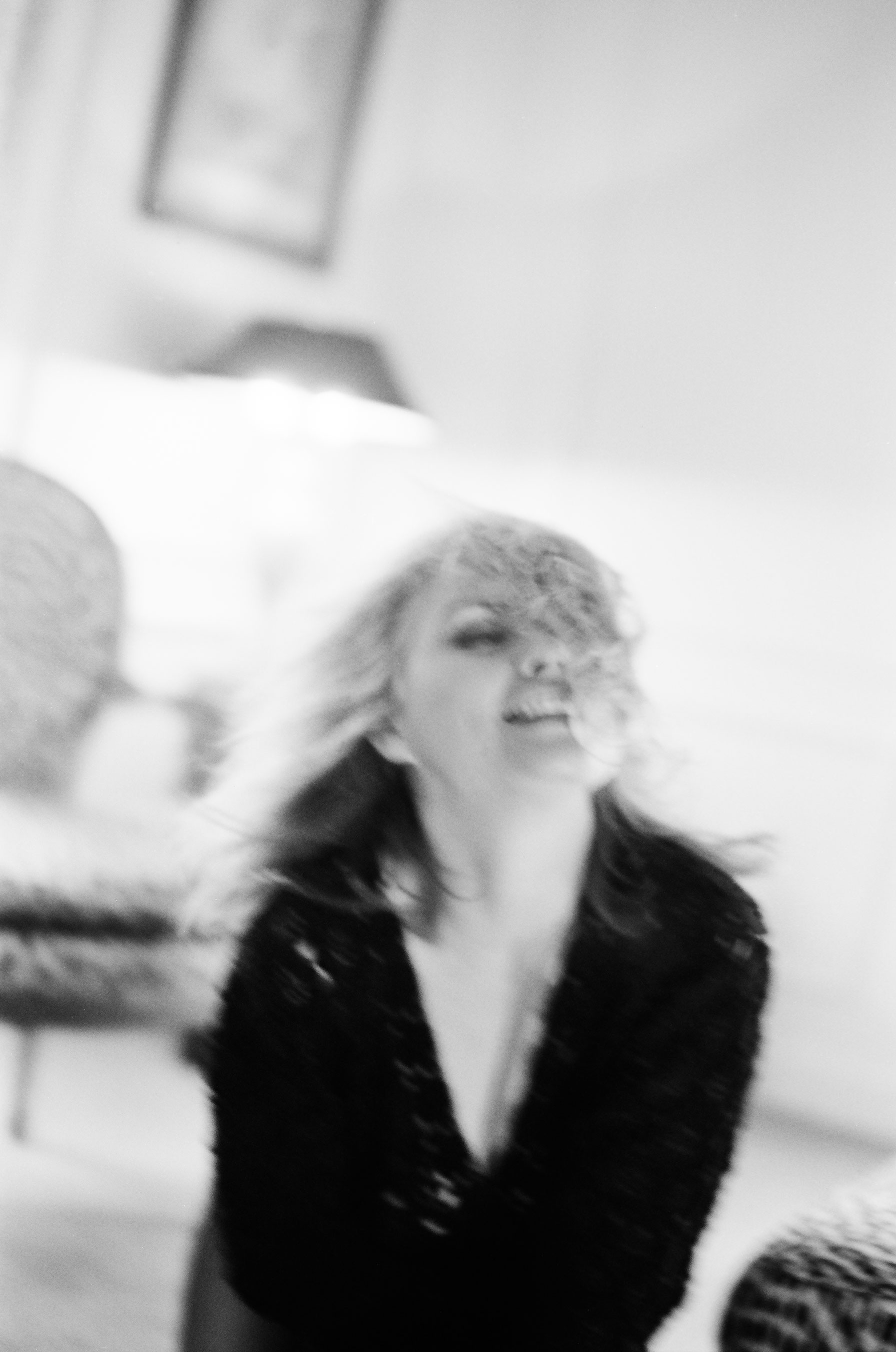 Of course, the continuing rise in popularity of Blondie’s music mirrored the continuing rise in the profile of the band – particularly for Debbie Harry.  The combination of the music, the attitude, the image and those aforementioned cheekbones naturally became irresistible to the world’s music and fashion press, and that has been true almost every day since.  One young French photographer who was commissioned to shoot her for British Vogue, Michel Haddi, succumbed to her enchanting aura and soon became her neighbour and close friend.  They have now been friends for decades and as a way of celebrating that friendship, and Harry as an artist, he recently published a new book of photographs of Harry from the late 80s to the early 90s – some from commissioned works, some from personal moments – to offer another fascinating angle to one of the world’s most iconic music artists.  We spoke to Haddi in the wake of the book’s release to find out more about him, his working relationship with Harry and their friendship: 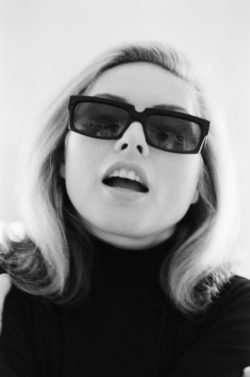 Reading through your biography some might say that you were born to be a fashion photographer. It’s something that seemed to have been in your destiny from a very early age.  Would you say that’s true?

I actually always wanted to be a movie director, but I’ve loved fashion ever since I was 6/7 years old.  My mum used to bring Vogue magazine back from the hotel where she worked, plus my father always used to have my mum dressed in Chanel and Dior.  She was always very elegant.

Your work does exhibit a very cinematic style.  Was that an unintended consequence of your love for film or a deliberate creative decision on your part?

My life is a movie, it’s an obsession, I am obsessed with human interaction.  The great thing about movies is that you can create stories, whatever it is – a love story, or a dance macabre, etc.  I feel the same when I work, I put myself in the context of a story.

How do you keep the inspiration going? What do you do or where do you go so you can find the next great concept for your shoots?

I watch thousands of films, TV series’, street art, anything fresh to keep me in the moment.  For example, if I watch Game of Thrones that will give me a story line for maybe something [Alexander] Mc Queen, or if I watch Barry Lyndon, then I will go towards maybe a [John] Galliano story. 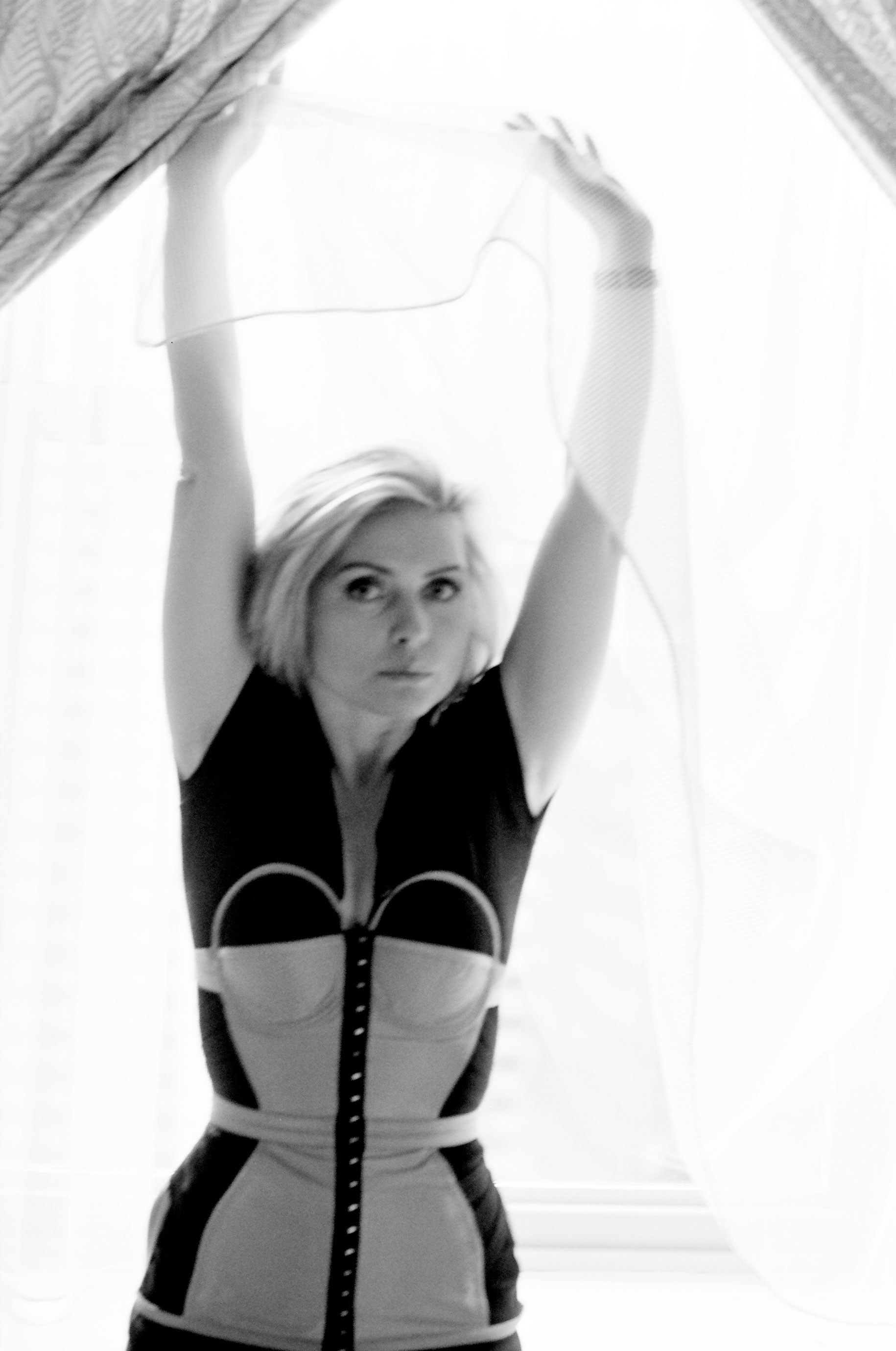 How do you view your own work?  Is it something you’ll have to wait until your later years to look back on to fully appreciate?

I don’t want to know what I have done.  I still feel like a little boy trying to achieve something.  I refuse to be the artist looking at his past work and feeling happy, or saying it was better before.  Watch the film Sunset Boulevard with Gloria Swanson to understand.

I hope that I will die while working on a project.  To be frank, I just want to be the best at what I do, just for my own satisfaction.  The rest is irrelevant.  A true warrior is the one who does the same gesture every day in order to find the reason why he does it, and the goal is to never be satisfied.

Talking of your work, Debbie (or Deborah, as those not so close to her call her) is iconic to the point of being legendary in the music industry.  In fact, your book on her is called ‘The Legend’.  How did you first come to know her? 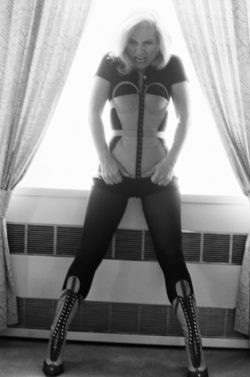 I met Debbie for a shoot for British Vogue and I fell under her spell.  We became neighbours in New York and, yes indeed, I call her “Debbie.”  All the work was commissioned for Vogue and Harper’s Bazaar. [For me] this book is personal and all I can say she is a very dear person to my heart.

What is it you’re hoping to say with this book?  What’s the story you want to tell or what insights will people get?

I like her, love her; all her talent and her sweetness.  All I hope is for the people to feel the same.  She is the epitome of the legend.  The book is a love letter and it would make me happy if people feel that too.

How many books have you published in your ‘Legends’ series?

This is the fourth book.  I’ve also published books on David Bowie, Rick Owens and Paris [the city].  I’m currently finishing one on Marisa Berenson and the next book that I’m shooting is on Yasmin Le Bon and family.

Is there anyone that you still have a desire to work with?  Or are there any legends of the past you would have loved to have worked with?

The problem with legends is who are they and where are they are.  Only time will help me to find the right ones but there’s people like Liza Minelli, Tupac, Aretha Franklin, Tim Burton, Francis Ford Coppola, etc.

Finally, what is the next big project for Michel Haddi?

I’m working on a feature film called ‘Miles August’, a British spy film.  We’re also working on a book and exhibition tour called ’Talk like a Director’ which will travel around the world and end with a big retrospective exhibition back in London.  Though I am French I have lived in UK for over 40 years, so this is my home. 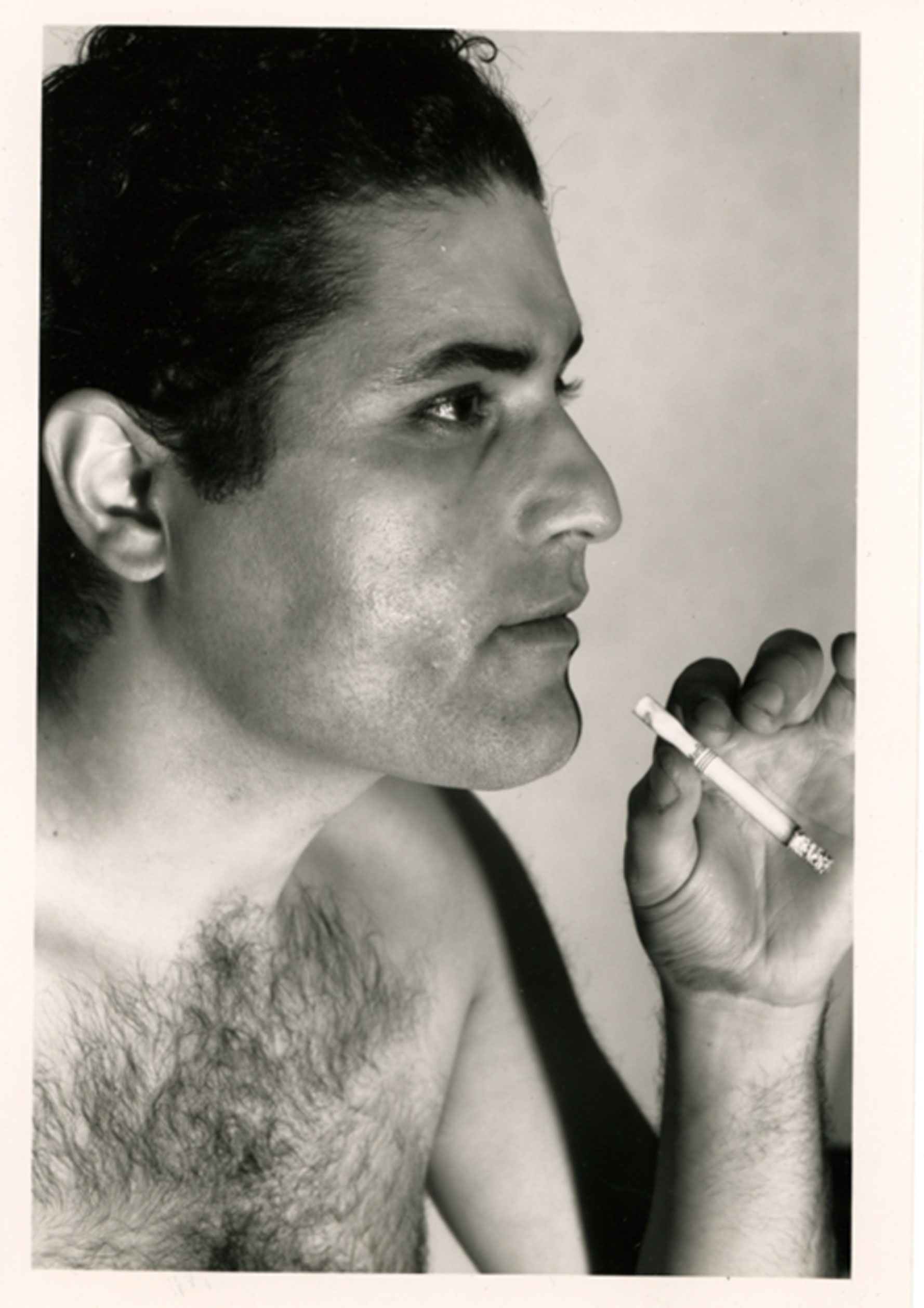 For more on Michel Haddi’s ‘The Legend series click here.

Click here to read our interview with Richard Corman on Basquiat.