Was Issey Miyake the only real 'show' at Paris Fashion Week?

Issey Miyake shows are always somewhat unique during show season in that they are almost always actual shows, not simply just a parade of outfits.  We also saw this with the winter shows earlier in the summer.  For Pais Fashion Week this time you could have been forgiven for thinking you were watching  a performance at Sadler’s Wells as dancers, performers and skateboarders showed off the movement that is such an integral feature of the fabrics used for Miyake designs.  Even the amount of wire work seen throughout the show rivalled Cirque du Soleil. 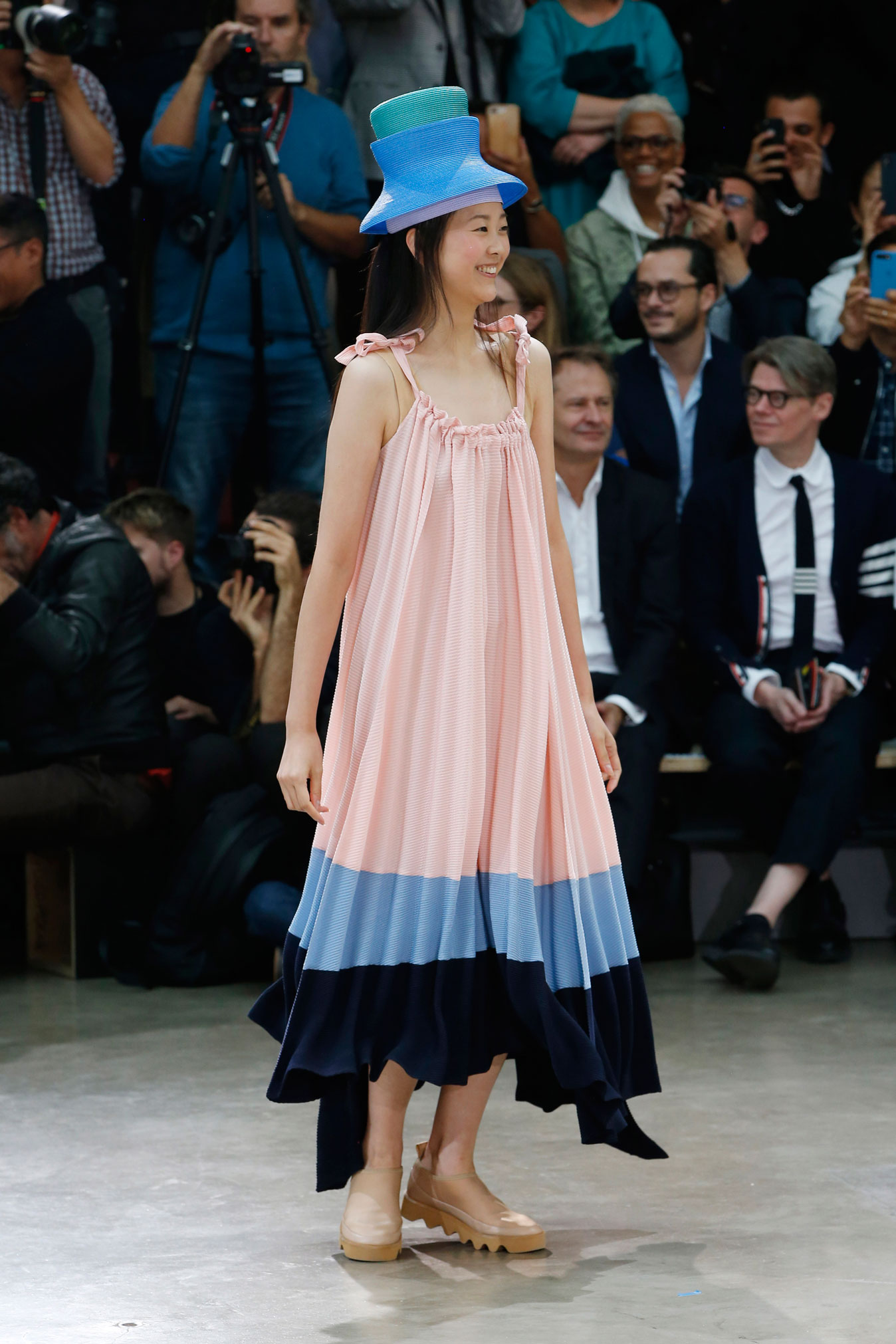 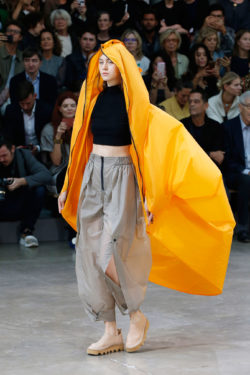 What this should all be telling you is that Issey Miyake is made to be lived in.  There was no attempt to restrict, constrain or contain your freedom of movement in any of the designs.  In fact, the exact opposite was true.  Creative director Satoshi Kondo designed a summer collection for you to feel as carefree as possible as well as fashionable.

Everything draped in all the right places and moved in all the right ways.  Beautiful, colour blocked, tie strap long dresses bounced happily as the models danced.  Over-sized parachute coats in black, grey, yellow, and red billowed like air pockets with the wearer’s gait – as did the wonderfully fun parachute dresses. 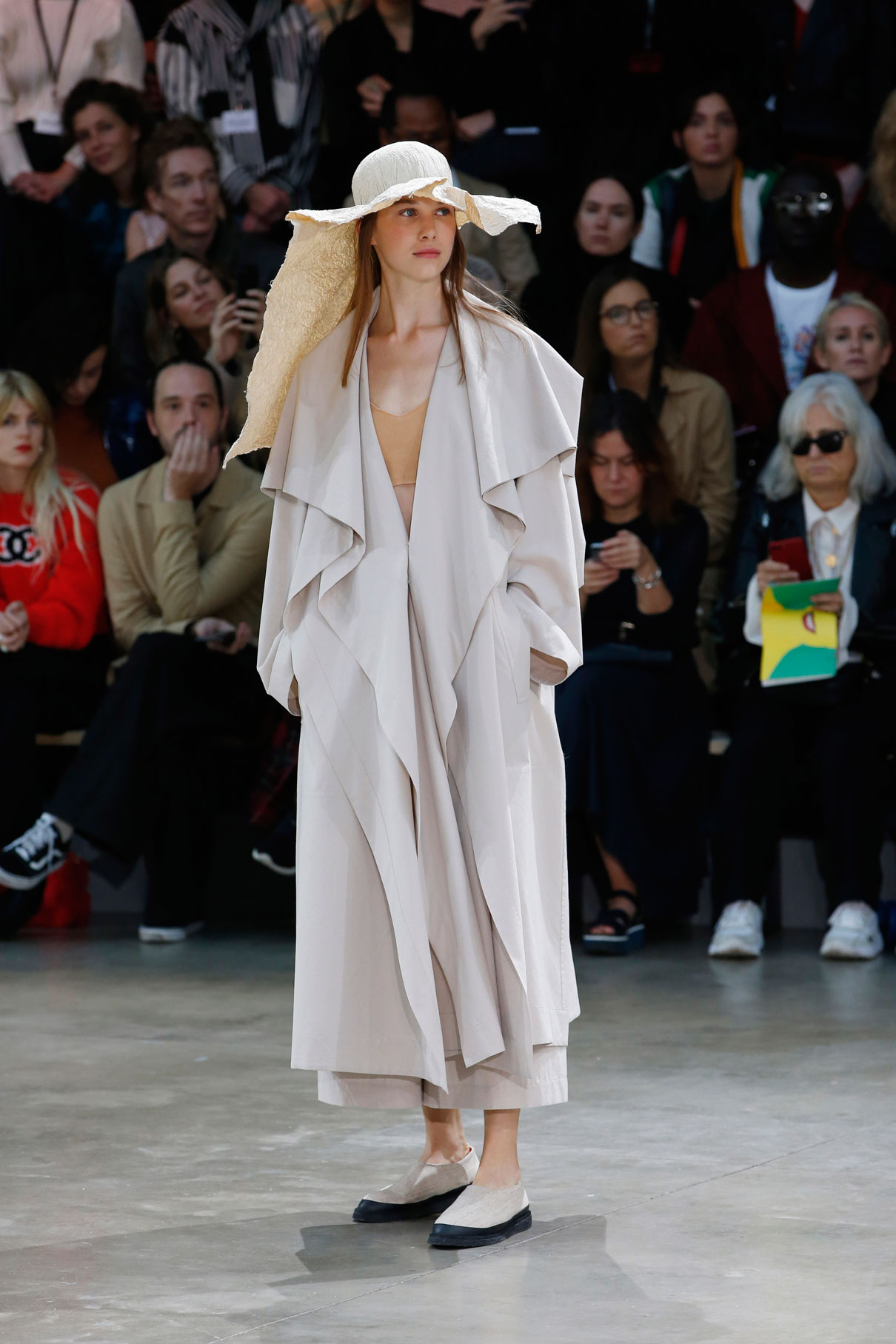 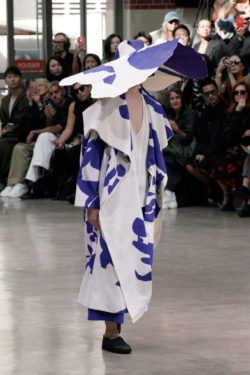 The cream overcoats – sleeved and sleeveless – cut a particularly pleasing silhouette with their masses of excess fabric expertly folded and fashioned into recognisable shapes.  The effect was even more marked when we saw the bold brown on tan, purple on white and navy on mauve versions make an appearance.

Each time they were crowned with extraordinary hats to complete the looks that looked made out of crushed then starched fabric – no two were the same.  Actually, no two coats were the same shape or style, meaning there was something for whatever your own personal creative aesthetic might be. 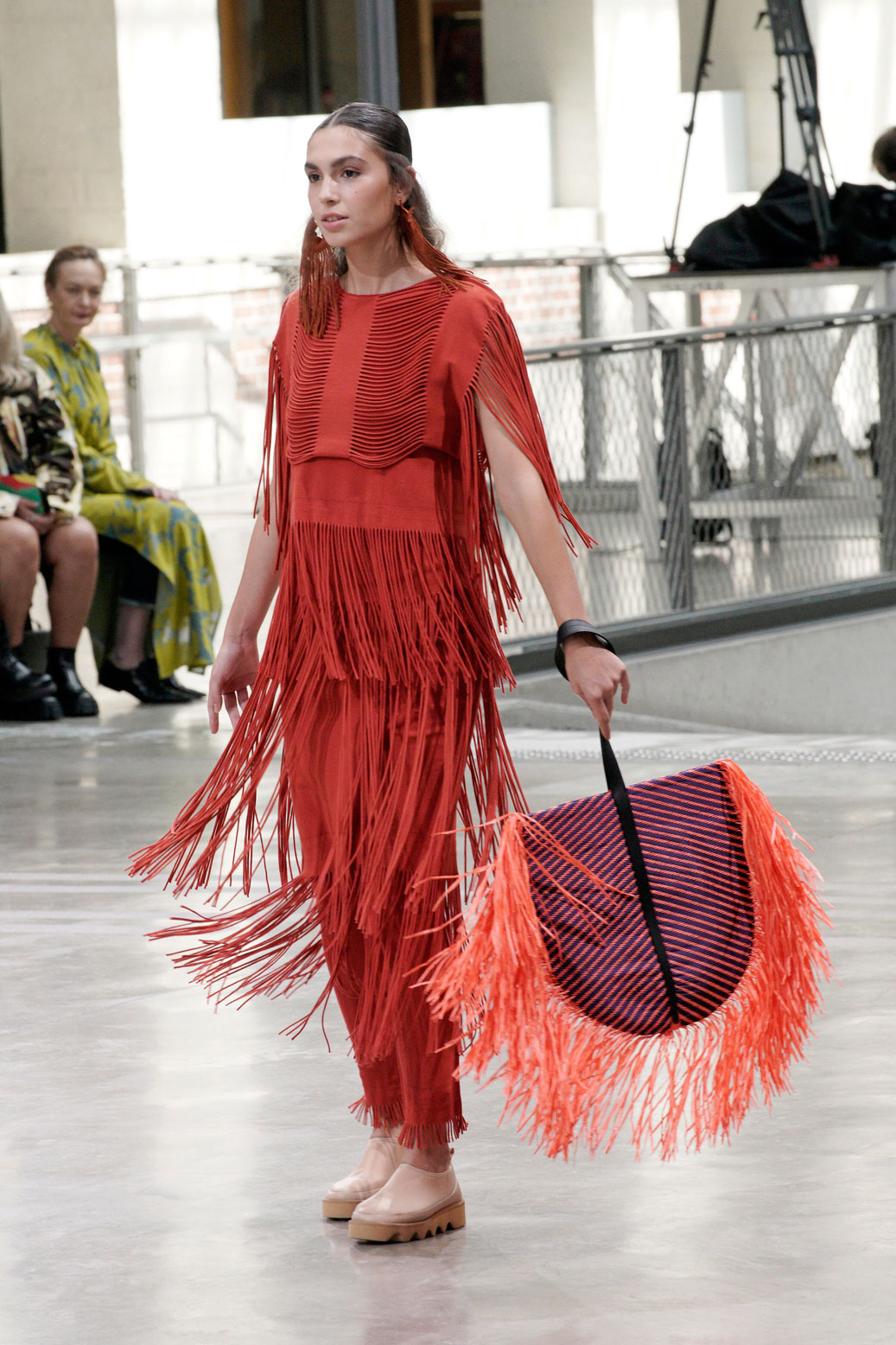 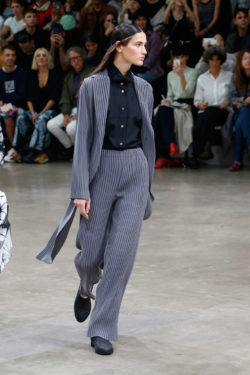 Fringing was also a reoccurring theme for the show – popping up on long wide-mesh dresses, turning short tops into (near) mid-length dresses, adding some bohemian to the hems of trousers or making bags damn-near ‘stroke-able’.  The famous Miyake pleat was also well represented in the show – particularly in some of the skirts and dresses – and presented in a perhaps looser and less tightly packed style to no doubt accommodate for the more sunnier climes.  The singular highlight of the show, however, were the smiles seen on the models and performers throughout.  You honestly don’t even register just how unusual it is not to see one on a catwalk until you actually see one (or, indeed, many).

If that’s the Sense of Joy wearing Issey Miyake can conjure up for you next summer, then who are we to argue? 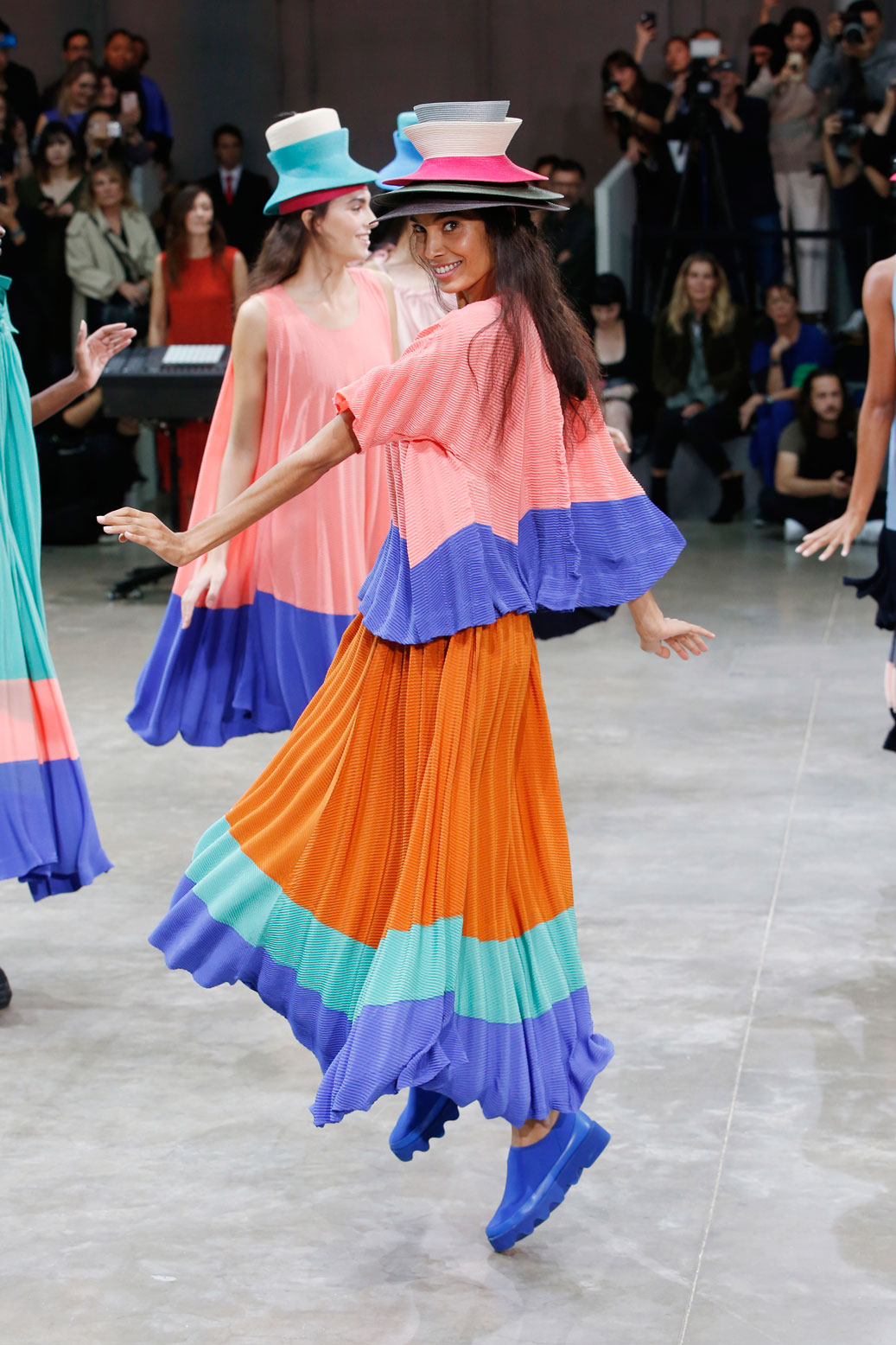