Loewe has been on an evolutionary path for a number of years now.  The Spanish luxury brand was primarily known for it’s fine leather goods and, building on that long foundation, in 2013 the company hired British designer Jonathan Anderson to be their creative director and increase their presence in the luxury fashion market.  Given the brand’s illustrious history of supplying luxury goods to Spanish Kings and Queens for over a century, the need to continue to be relevant in a modern world was no doubt pressing.  Anderson’s unique design aesthetic represented a happy means to that end.  It was a bold move to pick such a contemporary designer for such heritage brand but the move has since paid off handsomely. 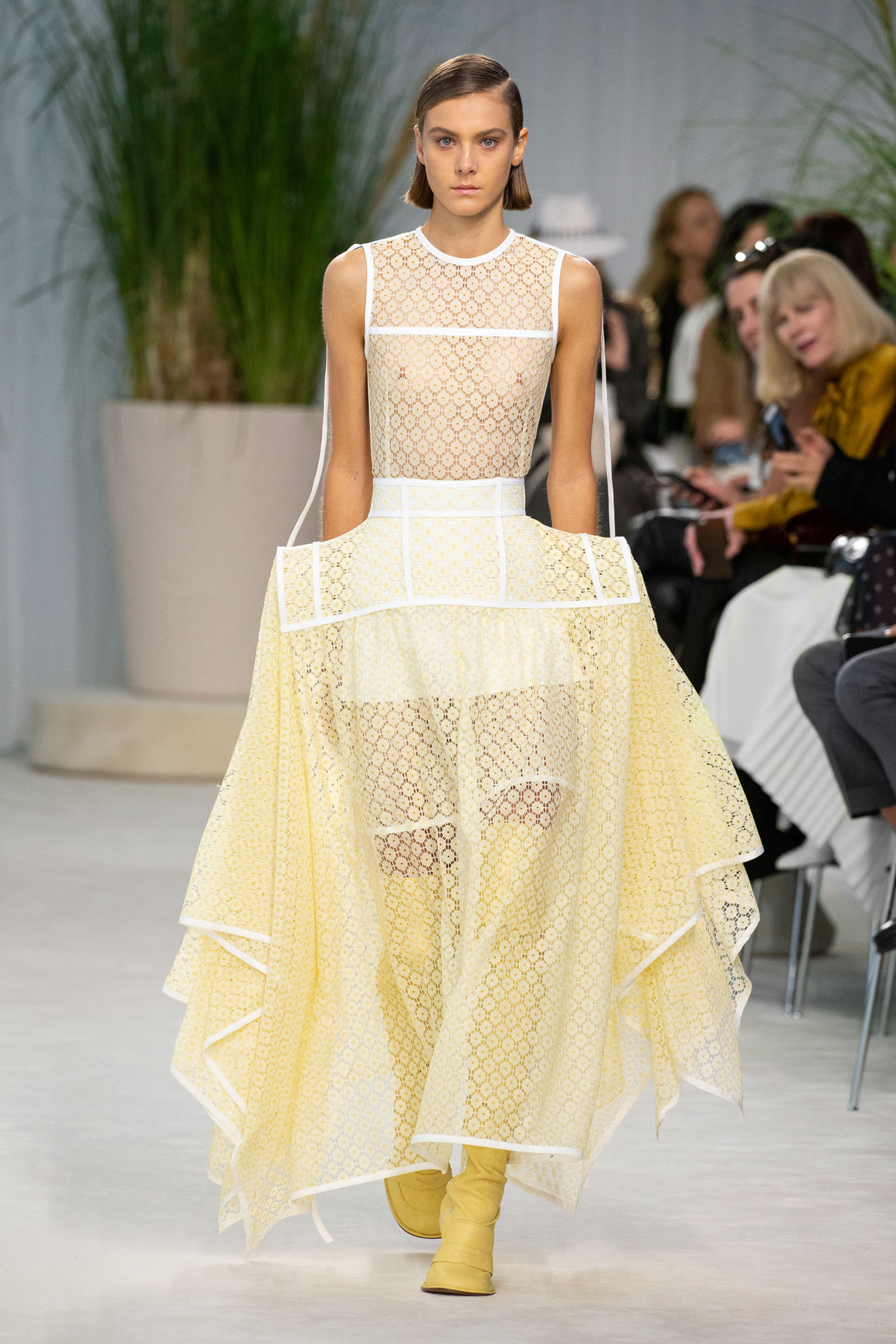 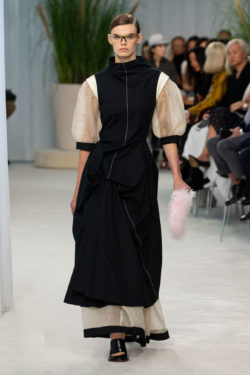 The success of that appointment was evident again with the Loewe show for Paris Fashion Week.  In our review for Anderson’s own label show at London Fashion Week we remarked on his exceptional eye for creating different and exciting silhouettes.  That unique talent was again on display for Loewe.  There were the surprising re-interpretations of 18th century fashion with dresses constructed to really exaggerate the hips and make getting through doors a function of a ‘twist and slide’ motion.  There were the round-necked suits that flared, mermaid fashion, at the hem of the jacket and the trouser legs.  There were the long black dresses that could conceivably be described as deconstructed Nun’s Habits.

There were so many exciting new shapes and constructions on offer that (once again) it would be impossible to absorb it all in one sitting. 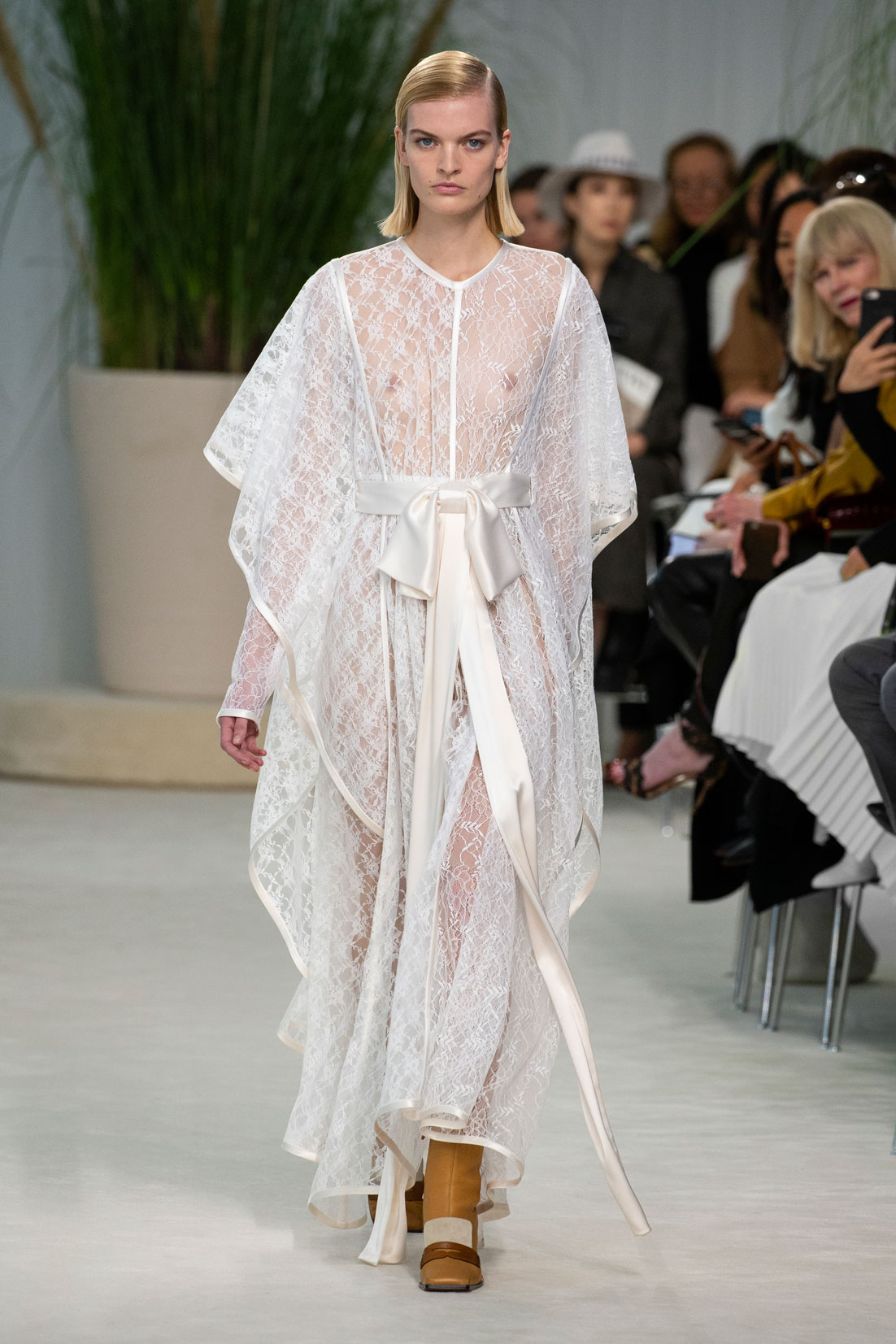 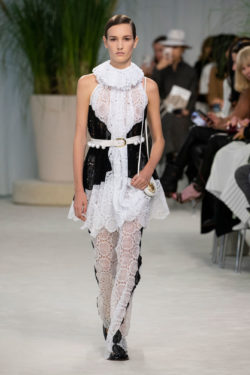 Perhaps as a nod to the heritage of the brand, lace was the reoccurring theme on the catwalk, and a rare fabric seen on any catwalk during show season.  When it did appear, the combination of such a traditional fabric used in such contemporary ways required a little time for the eyes to adjust and not be influenced by the thoughts of your grandparent’s lace mantelpiece scarves.

Fortunately, the modern twists and shapes that were given to the lace outfits quickly overpowered any lingering familial influences to perfectly slot into the overall story of the collection. 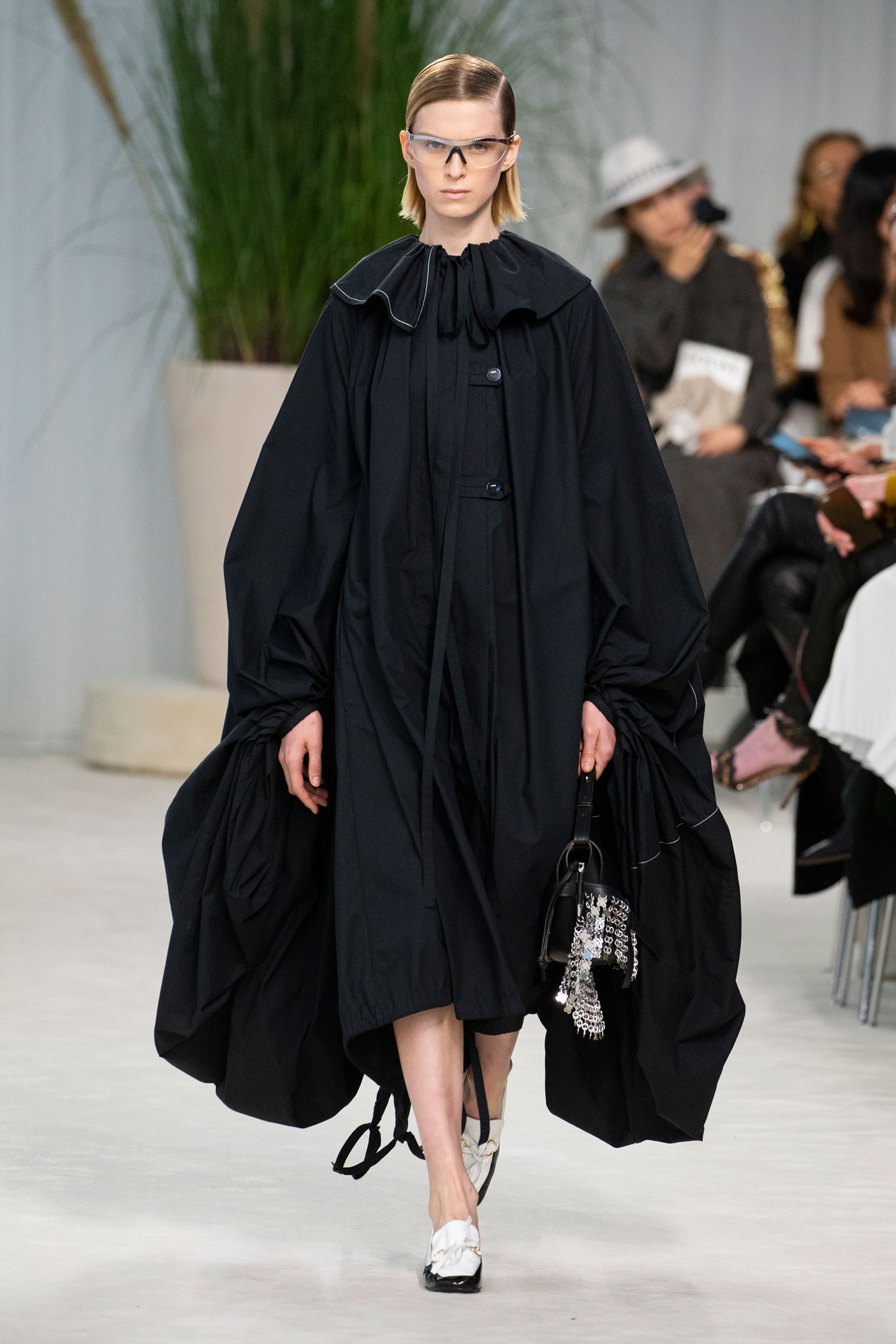 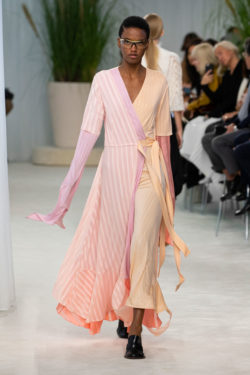 And the moral of this story was, as it’s always been, there are few things Jonathan Anderson could lay his prolific little hands on that wouldn’t turn to gold. 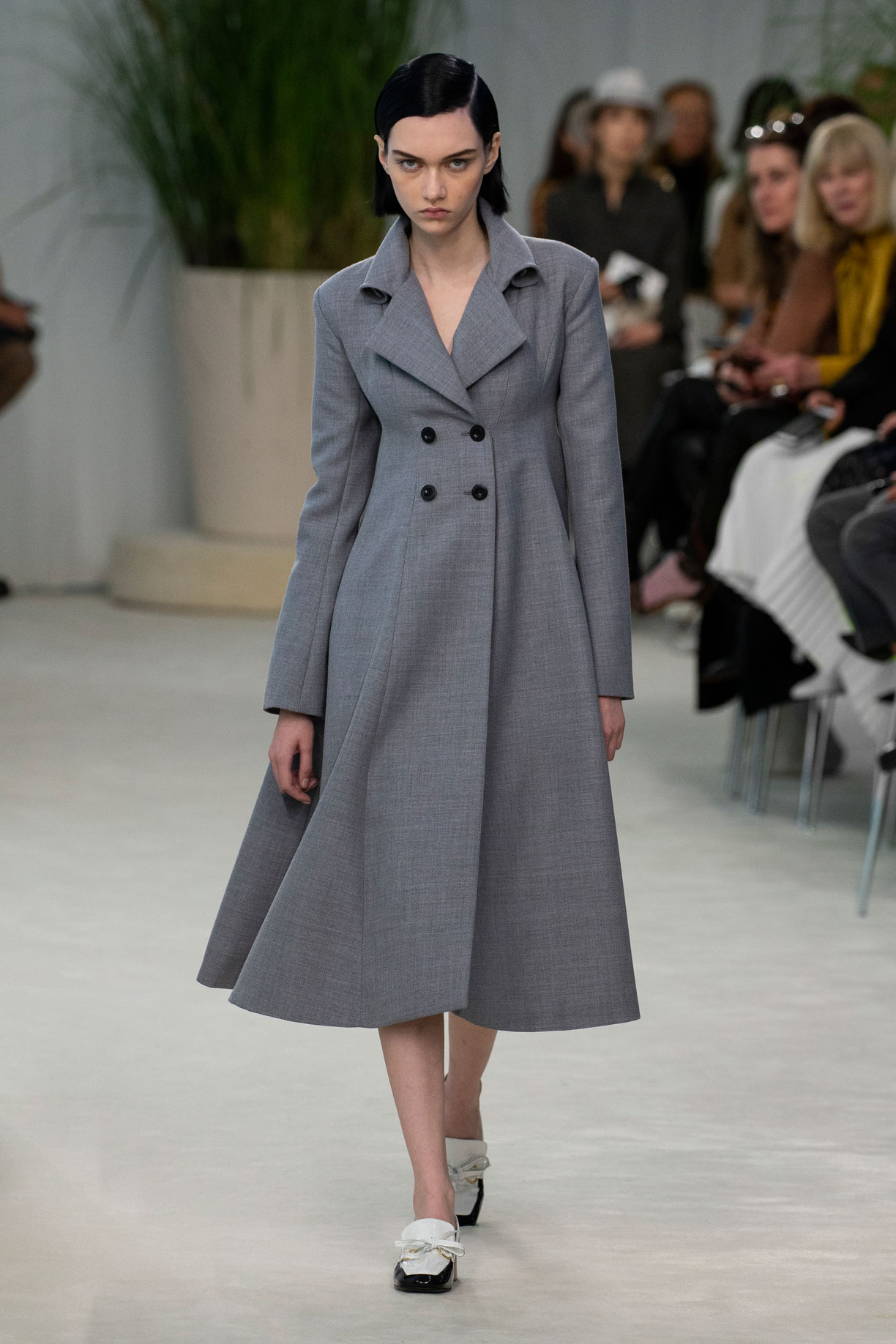