For anyone who ever knew, came into contact with or had just watched him from afar, Lee McQueen was, first and foremost, a regular guy with an irregular talent.  His ‘regular-ness’ meant he shared a great affinity for ‘the people’, just like the ones he grew up with in south east London.  The continued success of the fashion giant he founded owes a great deal to creative director Sarah Burton’s continuation and expansion of Lee’s tactile nature.  It wasn’t too long ago the flagship Alexander McQueen store on Bond St was remodelled to include open exhibition and educational space catering to customers, the curious and fashion students from all over the world.  Even if you need a library of curated music to lift your mood in trying times, McQueen literally has an app for that.  And, true to form, not even a Hollywood-level global pandemic was going to blunt their desire to keep as close as possible to the people who ultimately provide the real inspiration.

McQueen Creators is a digital project that was launched six weeks ago by the creative team to not only keep in arms reach of their own creative community, but also to ensure the essential exchange of art and ideas doesn’t atrophy due to an enforced lack of exercise.  The project centres on invited creators from the McQueenworld community interpreting Alexander McQueen creations in their own style and through their own preferred mediums.  Each week a new project is released on their digital platforms to inspire conversation, debate and, hopefully, more creation.  On the eve of the sixth new instalment of McQueen Creators we wanted to take a look at the previous five projects that have kept as all fashionably sane. 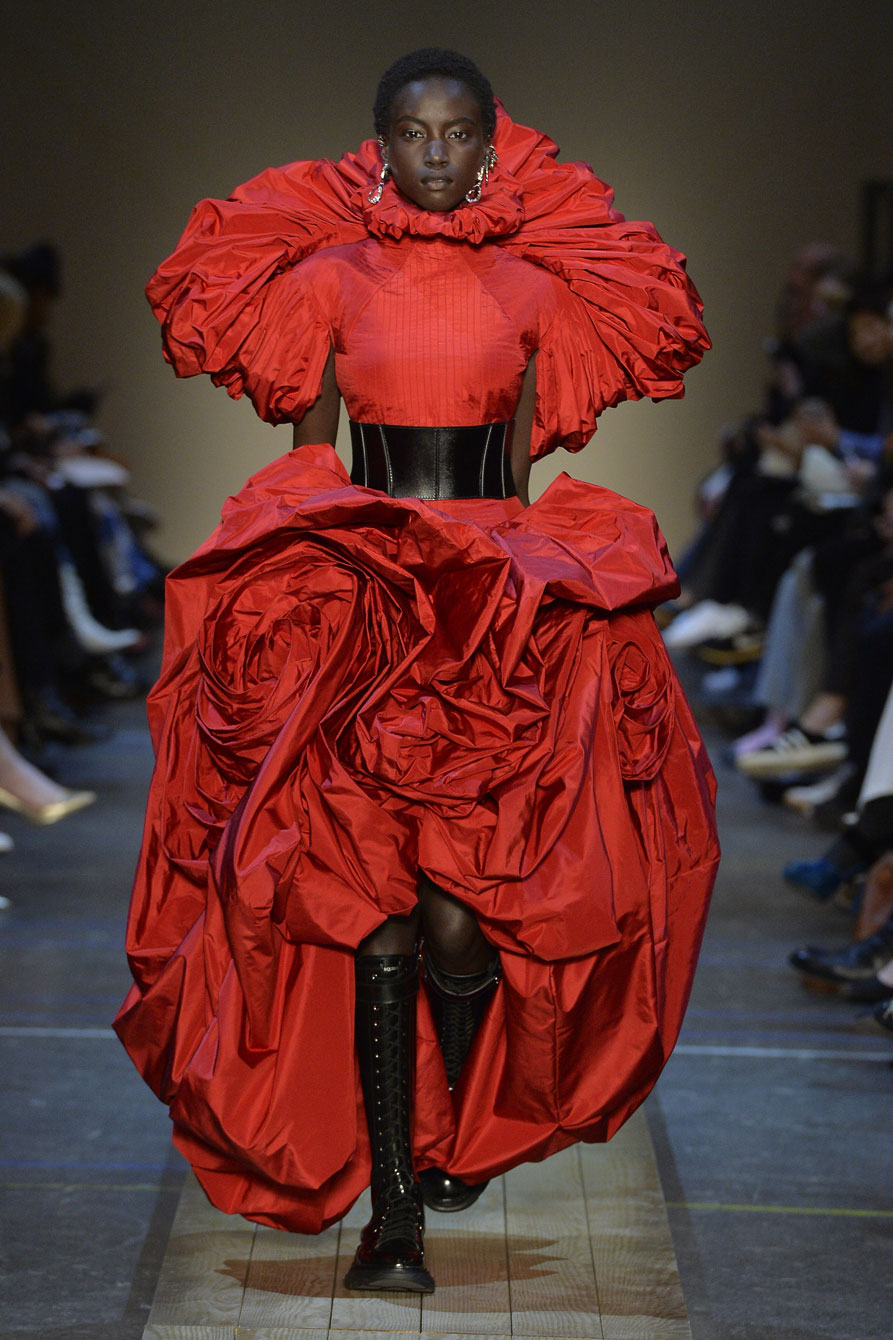 One of McQueen’s most iconic looks, the Sarah Burton designed Roses gown from the A/W2019 collection (that also takes prime position in the exhibition space), was the first piece they invited collaborators to re-imagine and take inspiration from.  Below are some of our favourite artistic submissions from McQueen’s final selections.  As well as some of the more direct interpretations we also loved some of the responses that chose to use the theme as a jumping off point to explore other ideas instead. 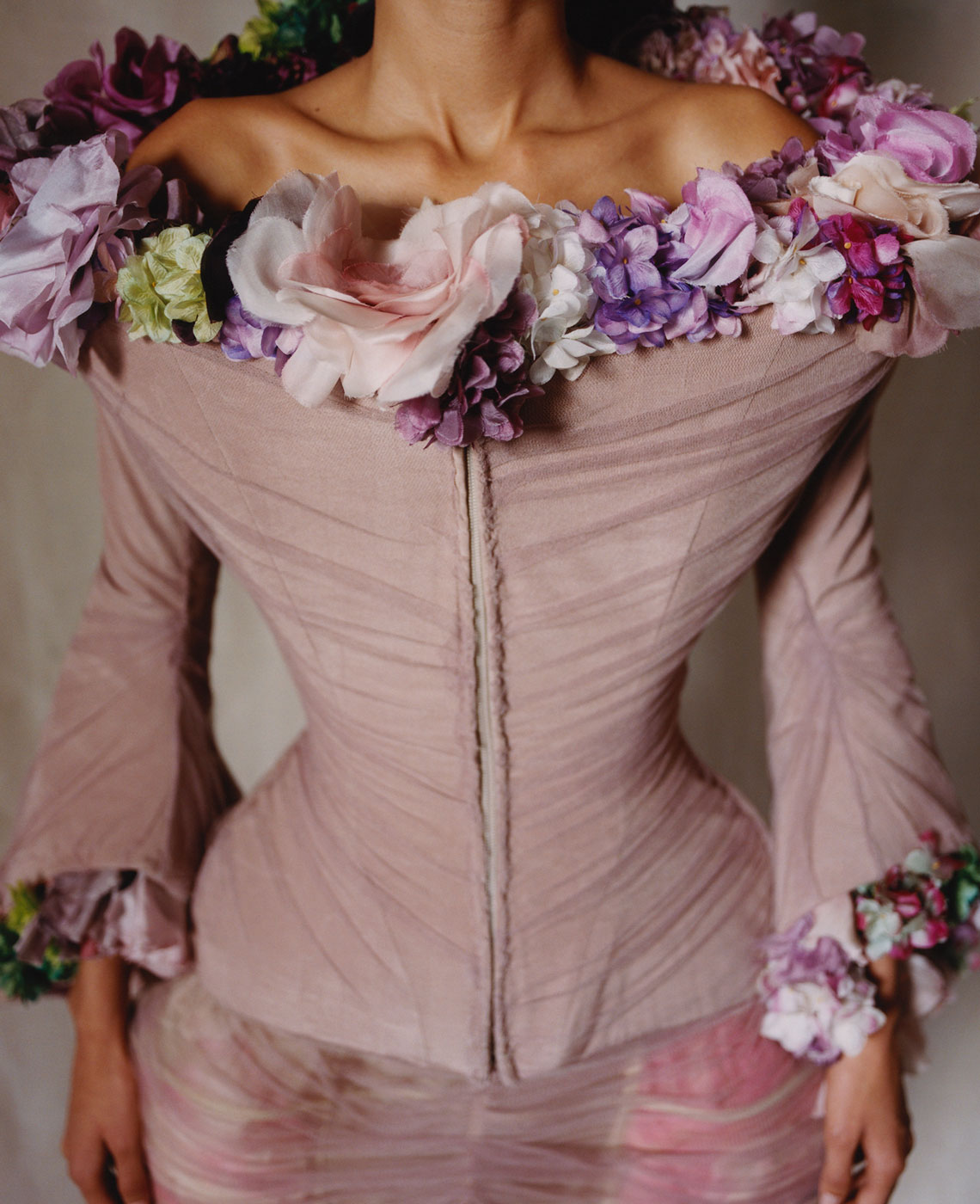 The second challenge McQueen set for their community was to build on the theme of the first and inspire creators to move from two dimensions on a page and create a flower, or representation thereof, in 3D using whatever materials people could find in their homes.  Whether through ingenuity, necessity or a combination of both, people found a lot of different household items to turn into a lot beautiful flowers. 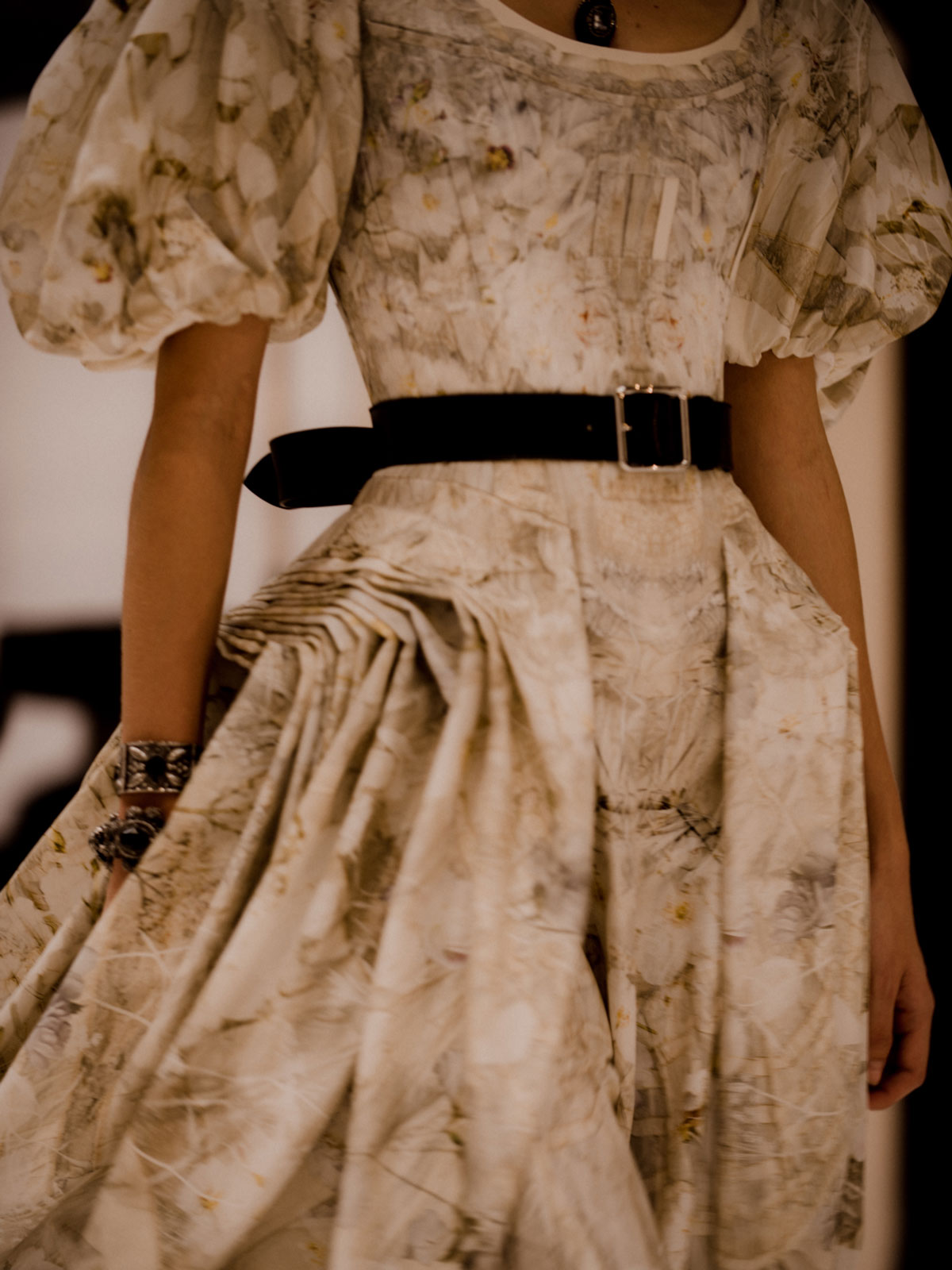 Challenge number three saw people invited to create their own prints, whether they had the tools already or had to make their own blocks and stamps to print with.  Or, of course, a steady free-hand worked just as well (and perhaps an unsteady one worked even better).   When you give fidgety creative people a lot of options it’s always wise to clear some room for the inevitable results. 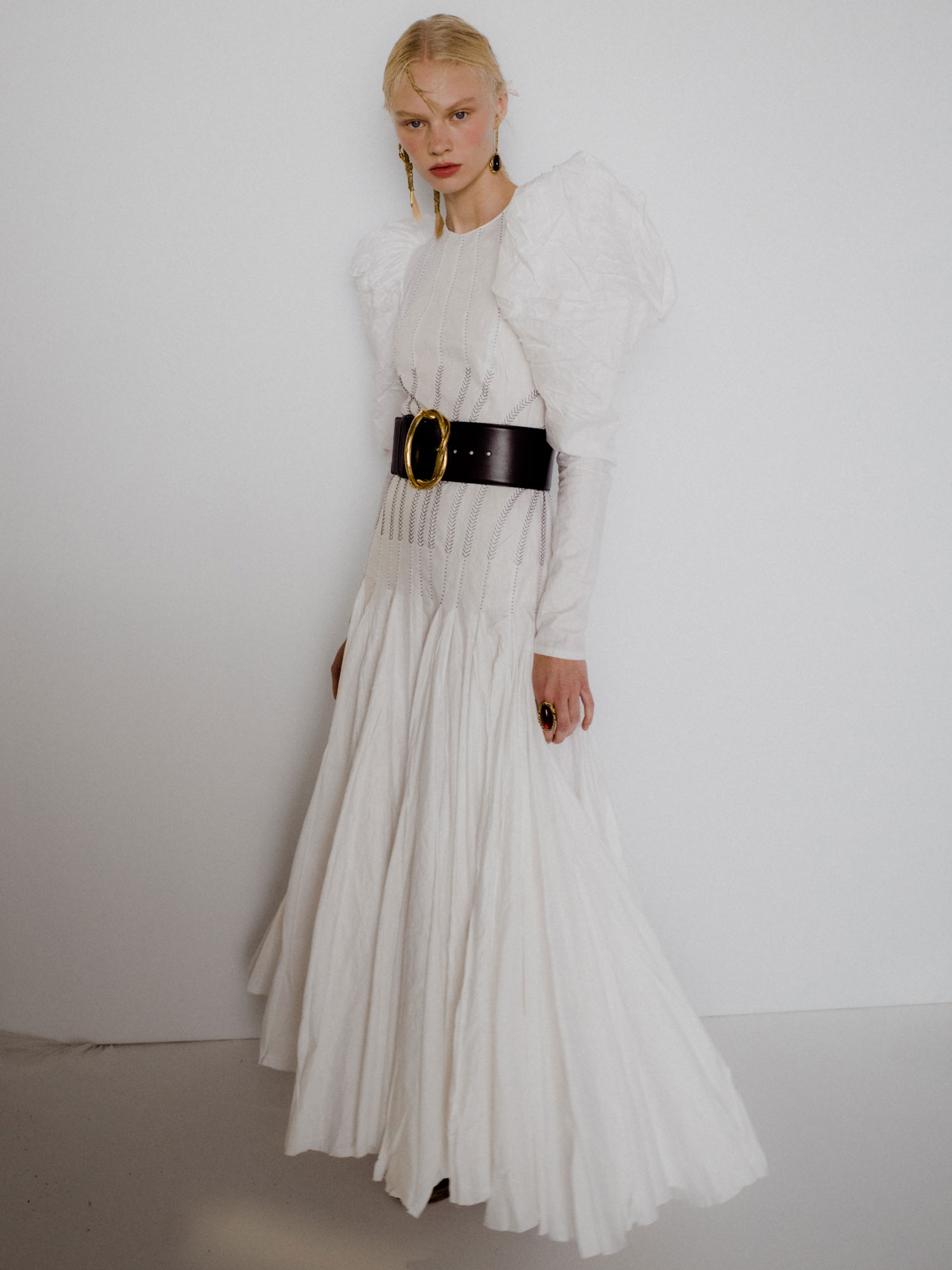 For those that don’t know, or may not even have considered it, there’s a real art to drawing a silhouette.  For the fourth week, McQueen Creators decided to add to the creativity they’re inspiring within their community and focus in on this very particular discipline with a fascinating video masterclass featuring renowned figurative abstract artist, and long-time Head of BA Womenswear at Central St Martin’s, Howard Tangye. 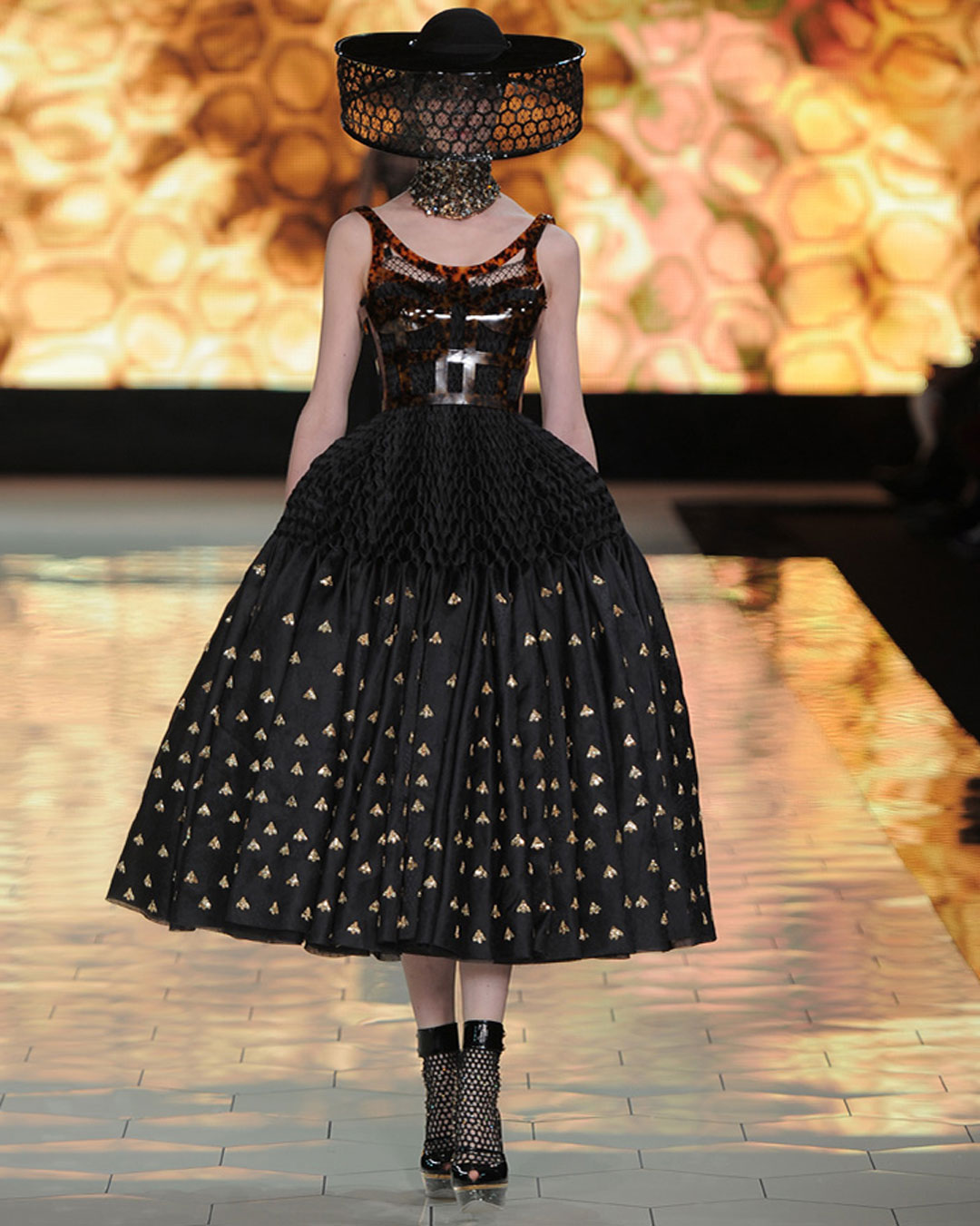 Taking inspiration from the bee dresses in 2013 spring/summer collection, the next challenge to creators encouraged them to use whatever materials they could find in their homes to re-create their own versions of the embroidered bee.  To inject a bit of extra inspiration McQueen filmed another video masterclass with one of their embroidery team showing how the bees from the 2013 collection were originally created.

Click here for more on McQueen Creators and to stay up-to-date with future instalments.