A new exhibition at Alexander McQueen brings the history of the house alive with living colour. Images by Chloé Le Drezen and Tim Beddow

The new Alexander McQueen exhibition hasn’t arisen in a vacuum.  The UK has long had some amazing fashion brands, labels and designers in its midst.  In fact, we produce designers that go on to sit at the head tables of some of the biggest names in luxury fashion in Europe and around the world.  With all that being said, the term ‘British fashion house’ doesn’t trip of the tongue quite so easily as when talking about the likes of Saint Laurent, Givenchy, Dior, Chanel or so many others that come to mind.  It’s not a term that’s so easily defined for the layman either.  Most labels could conceivably be described as a ‘house’, in the strictest sense, but for those in the know there are connotations of history and stature that are all important to consider before bestowing that honour. 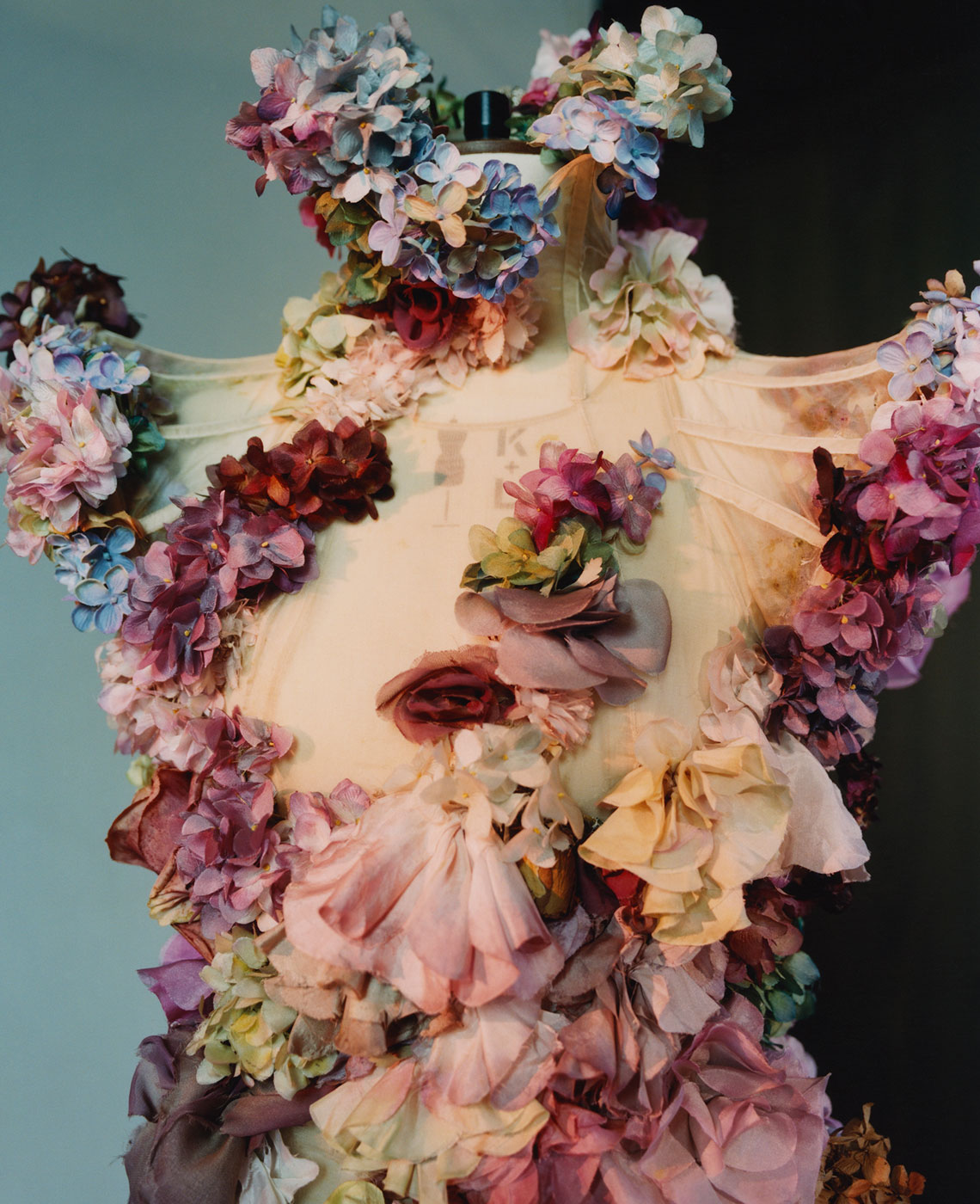 When Lee McQueen started his label, Alexander McQueen, he probably wasn’t thinking that far ahead.  But there a few people now who would argue that his vision has grown into a house to rival the best of them in Europe.  And as with them all, his spirit as tangible in everything that’s still being created, even if his body is not.  To celebrate and honour that spirit, the House of Alexander McQueen is hosting a unique new exhibition at its mightily impressive flagship store and headquarters on London’s ever fashionable Old Bond Street thoroughfare.  Roses pays tribute to the, literally, show-stopping Sarabande dress that closed the Alexander McQueen show for Spring/Summer 2007 collection.  Originally constructed with bouquets of fresh flowers, it was the kind of moment in fashion that made the phrase ‘the talk of the town’, relevant and apt again.  The Sarabande dress stands at the centrepiece of the exhibition in concert with the equally lauded Red Rose dress that closed the Autumn/Winter 2019 show created by McQueen’s spiritual successor, Sarah Burton. 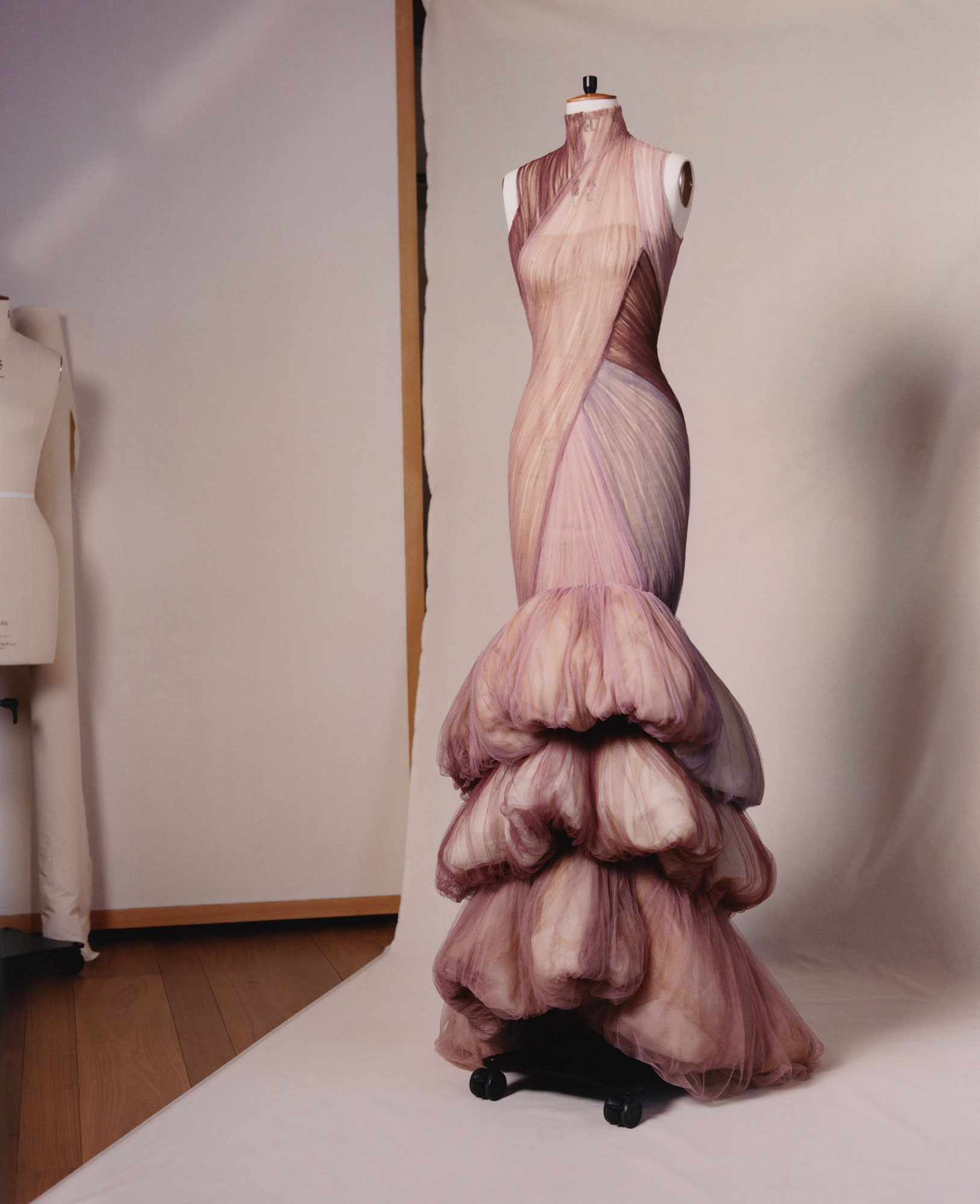 The Alexander McQueen exhibition itself stands not just as a remembrance of history but, as with all the best houses, it’s also stands as an opportunity for education, allowing curious observers and fashion students alike from all over the world to walk through exhibits and video installations documenting what it took to construct such amazing creations.  There’s even a certain sense of intimacy in discovering exactly what Sarah Burton was actually thinking around the conception of each collection that offers a fascinating window into a sometimes all too obscure creative process. 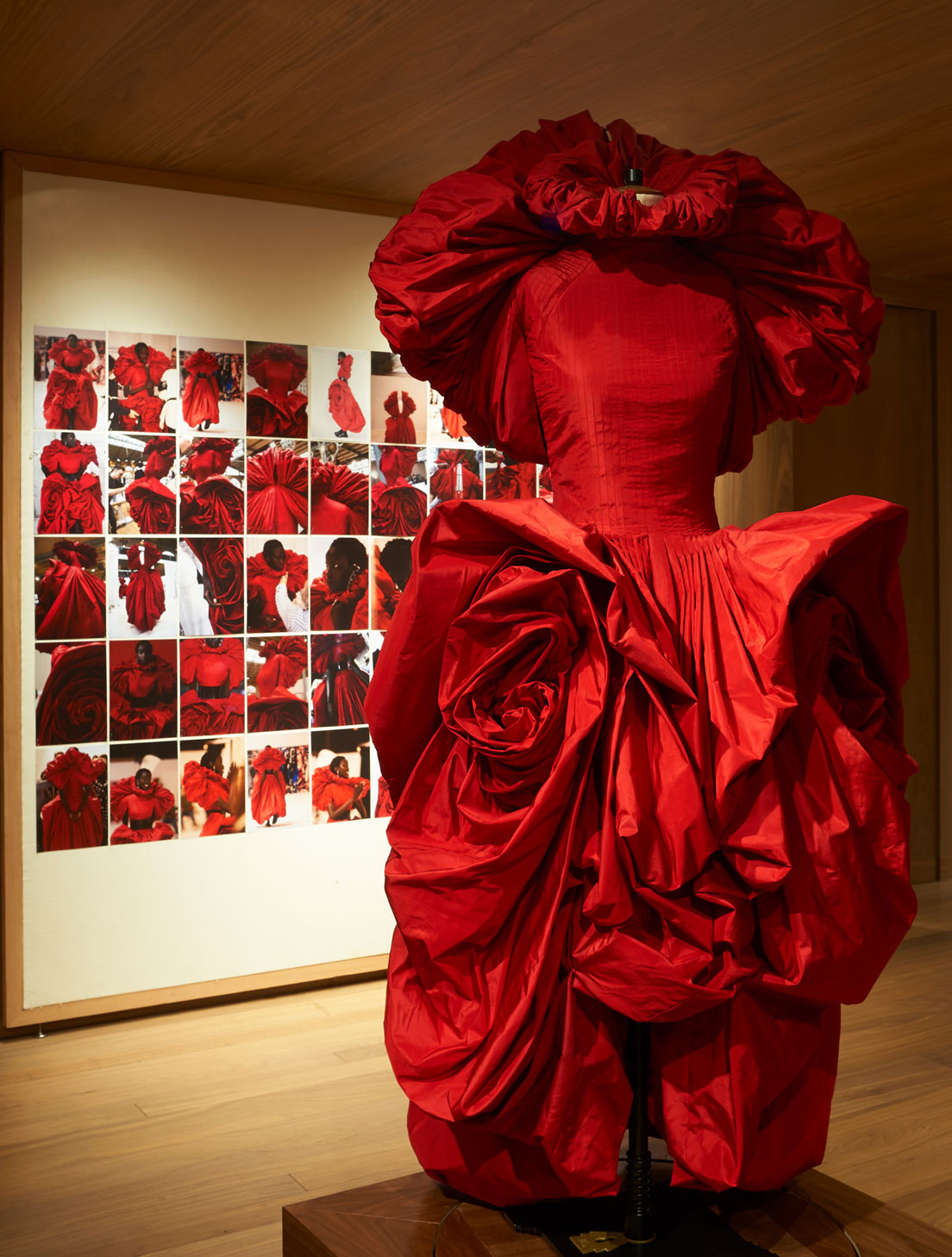 In fact, it was Burton who first introduced the idea of collaborative educational access for the house a year ago, with a dedicated floor for students at the flagship store and guided tours retelling the history of Alexander McQueen available to anyone with an interest.  The initiative has been so successful it’s now become a focus  for universities, art schools, lecturers and the creatively-minded from all over the country.  In turn, the opening up of the McQueen legacy has only served to deepen that legacy by cementing its place in history, and in context, in the minds of a constantly replenishing and always influential clientele.  This exchange is not always just one way either.  Drawings from a class at Burton’s alma mater, Central Saint Martin’s, held by acclaimed illustrator Julie Verhoeven, connected with the McQueen spirit so much Burton including them as prints on a dress that became part of the recent Spring/Summer 2020 collection.  All of which just goes to show, you never know when and where your opportunity to be a part of history will arise. 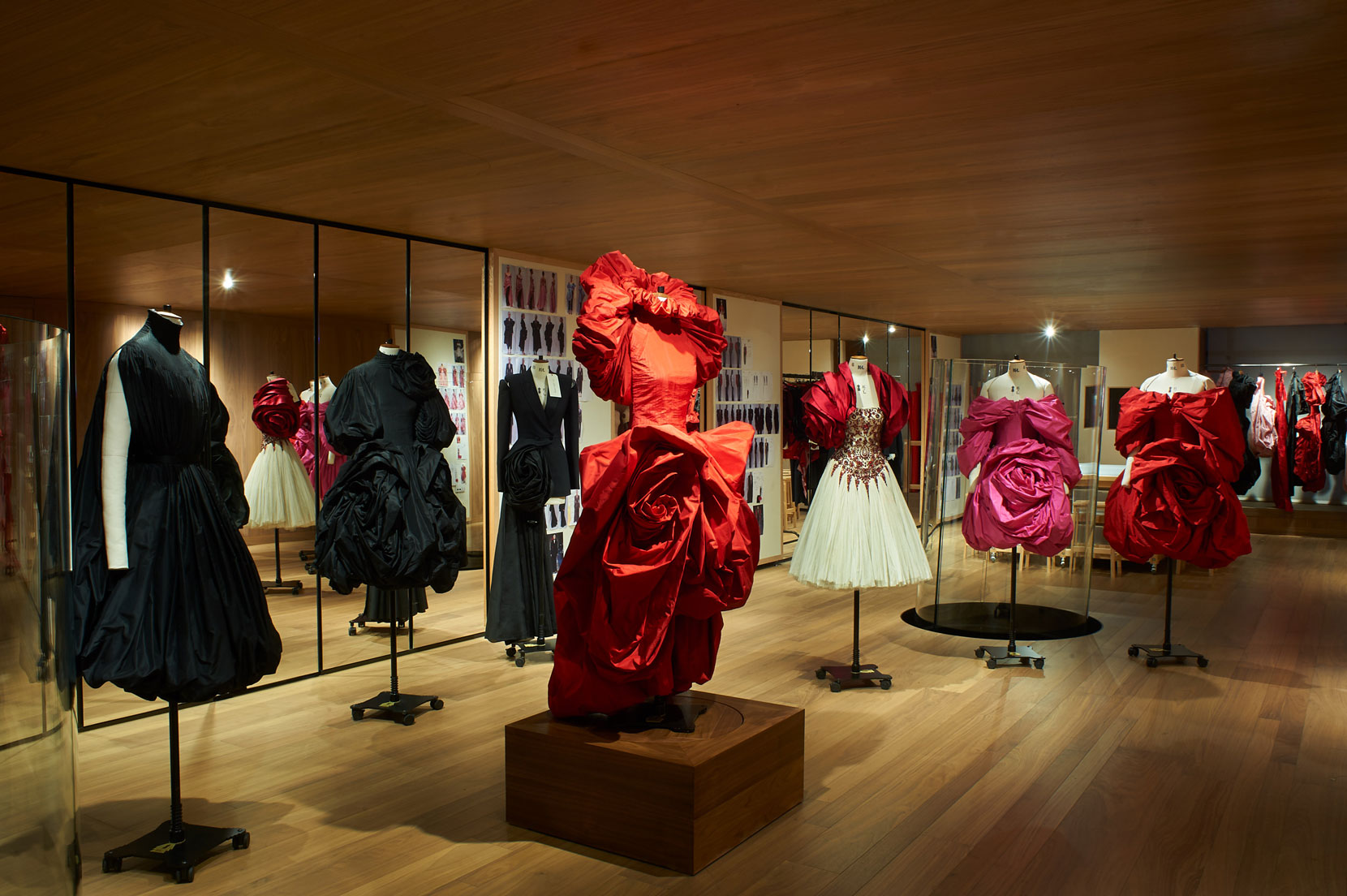 If you want to increase your chances for a shot at history, the Roses exhibition is on now on the second floor, Alexander McQueen, 27 Old Bond St, London W1s 4QE

Click here for our last feature on Alexander McQueen