Iris Law and Peekaboo for Fendi

As the daughter of actor Jude Law and actress and fashion designer Sadie Frost, it was always inevitable Iris Law would hit the spotlight sooner rather than later.  With a godmother like Kate Moss, the nature of that eventual spotlight was perhaps also inevitable as well.  Last year she turned 18 and was just another student finishing her final exams for her A’Levels.  This year, after making her debut on the catwalk in Paris in February and then launching a line of her own handbags, she’s now the star of Fendi’s fun and innovative video series revolving around their iconic Peekaboo bags.  Economists might characterise a trend like that as ‘exponential growth’. 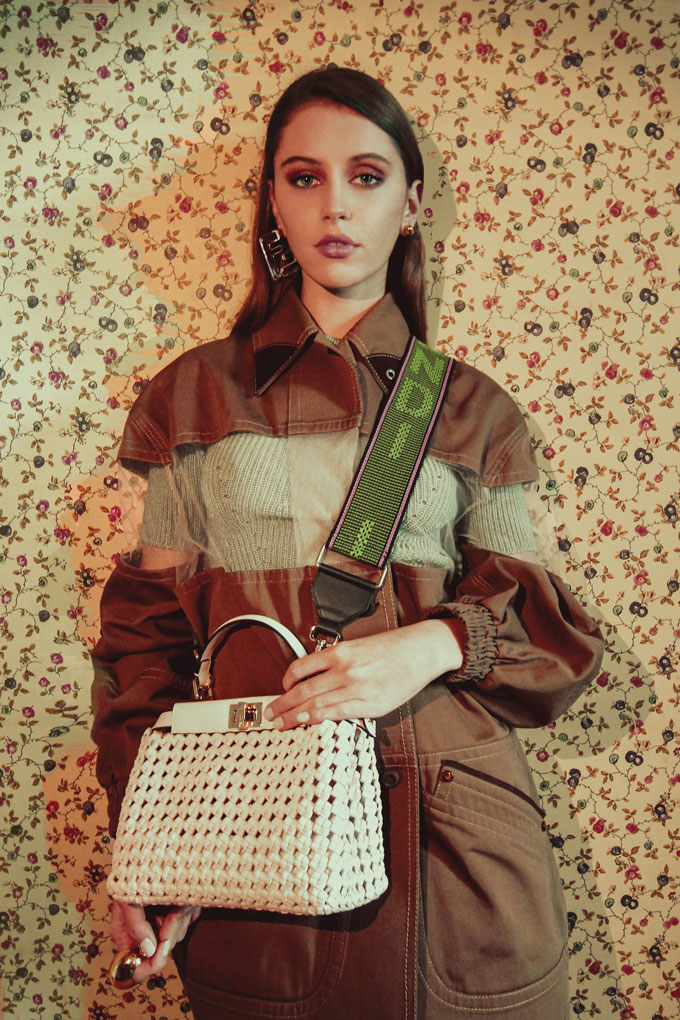 For Fendi it’s been a perfect addition to the series.  The Peekaboo bag has always been about ‘young’, ‘trendy’, ‘independent’ and ‘optimistic’, and who better than Law to represent those qualities?  Particularly when she’s on the cusp of making a potentially significant impact in fashion in the coming post-Covid, new fashion world.  And Law herself is in good company.  Previous ambassadors in the series include supermodel Winnie Harlow and Hollywood royalty Catherine Zeta-Jones.  The difference here is that the new clip is less of an unspoken ‘glossy’ narrative and more of an impromptu video diary, giving the whole thing a real, natural and vibrant aura to it to set it apart from the others.  The 90s vibe of the screen interference, the background wallpaper and the camcorder (remember those?) seen in the clip is underscored by the equally 90s bouncing soundtrack and, to emphasise the difference, Fendi have chosen to release this new instalment along with a quick Q&A with Law herself:

What does Fendi Mean to you?

Use three words to describe the Peekaboo bag. 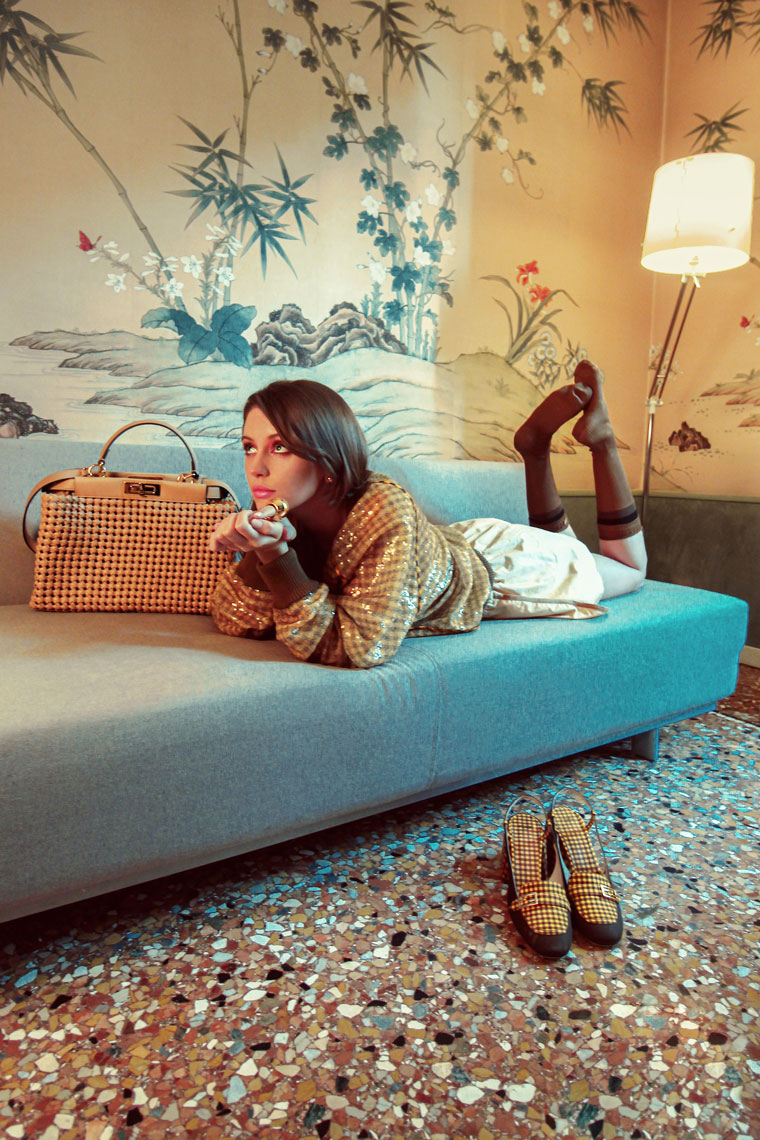 You described the Peekaboo bag as ‘timeless.’  Why?

Yes.  It can be dressed up and down as well as applied to anyone’s style in different ways.  Peekaboo for me is an everyday bag.

How would you describe Iris Law in relation to the Peekaboo?

I think of the Peekaboo as someone who loves having a personal and versatile sense of style.  It’s useful to have a bag which can be worn according to the various vibes of  outfits I wear day-to-day.  Some days I want to dress androgynous and the Peekaboo bag could easily go with a suit and boots, while with a dress it also works perfectly.

Tell us of an essential inside your Peekaboo.

What was it like on set for the clip?

I had lost my phone during the ‘hectic-ness’ of fashion month.  Luckily it was handed in at my hotel the next day.

Finally, the Peekaboo is all about secrets.  Tell us one of your secrets.

If I told you, it wouldn’t be a secret. 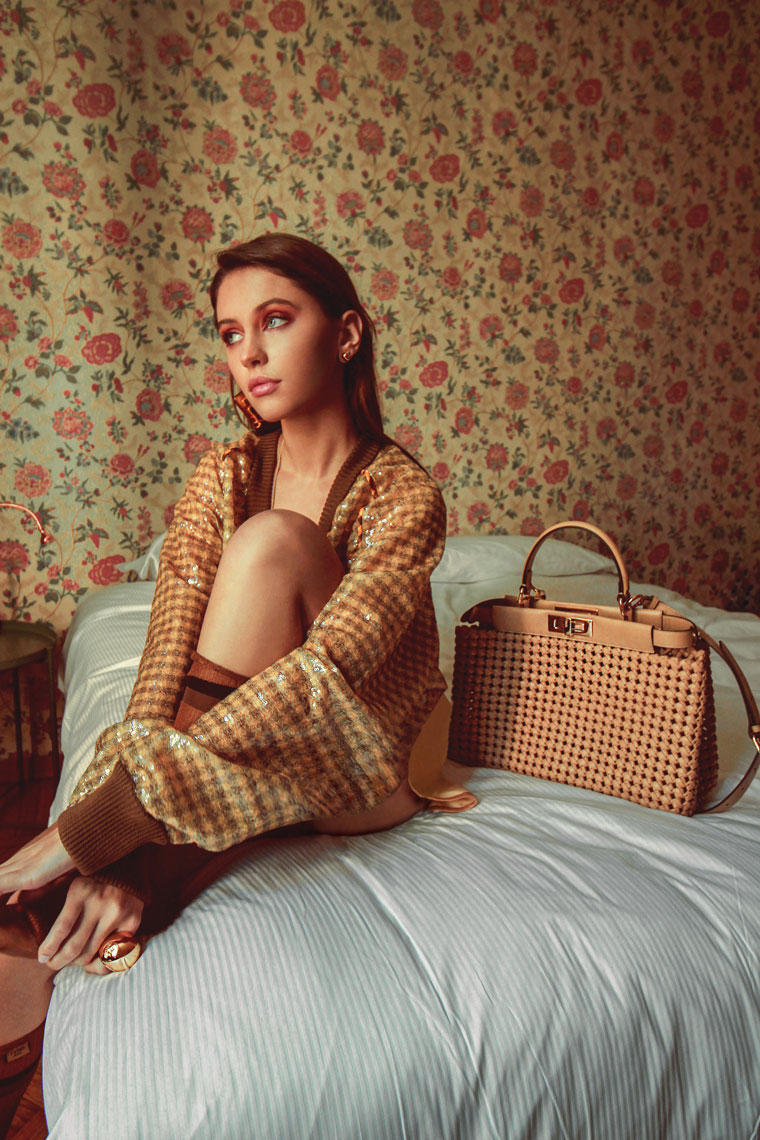