There was a really good reason why Dior menswear creative director, and general man about town, Kim Jones wasn’t able to attend last week’s British Fashion Awards.  Not even being named British Designer of the Year for Menswear could put a dent in those long arranged plans.  In fact, Jones and the Dior team were already in Miami at the time debuting their new menswear pre-fall collection for 2020.  When all is said and done, the day job has to come first.  That’s not to say anyone begrudged his absence, of course.  After all, it’s why he’s the award winning designer he is.  And if the week started great it only got better when his new collection finally hit the catwalk. 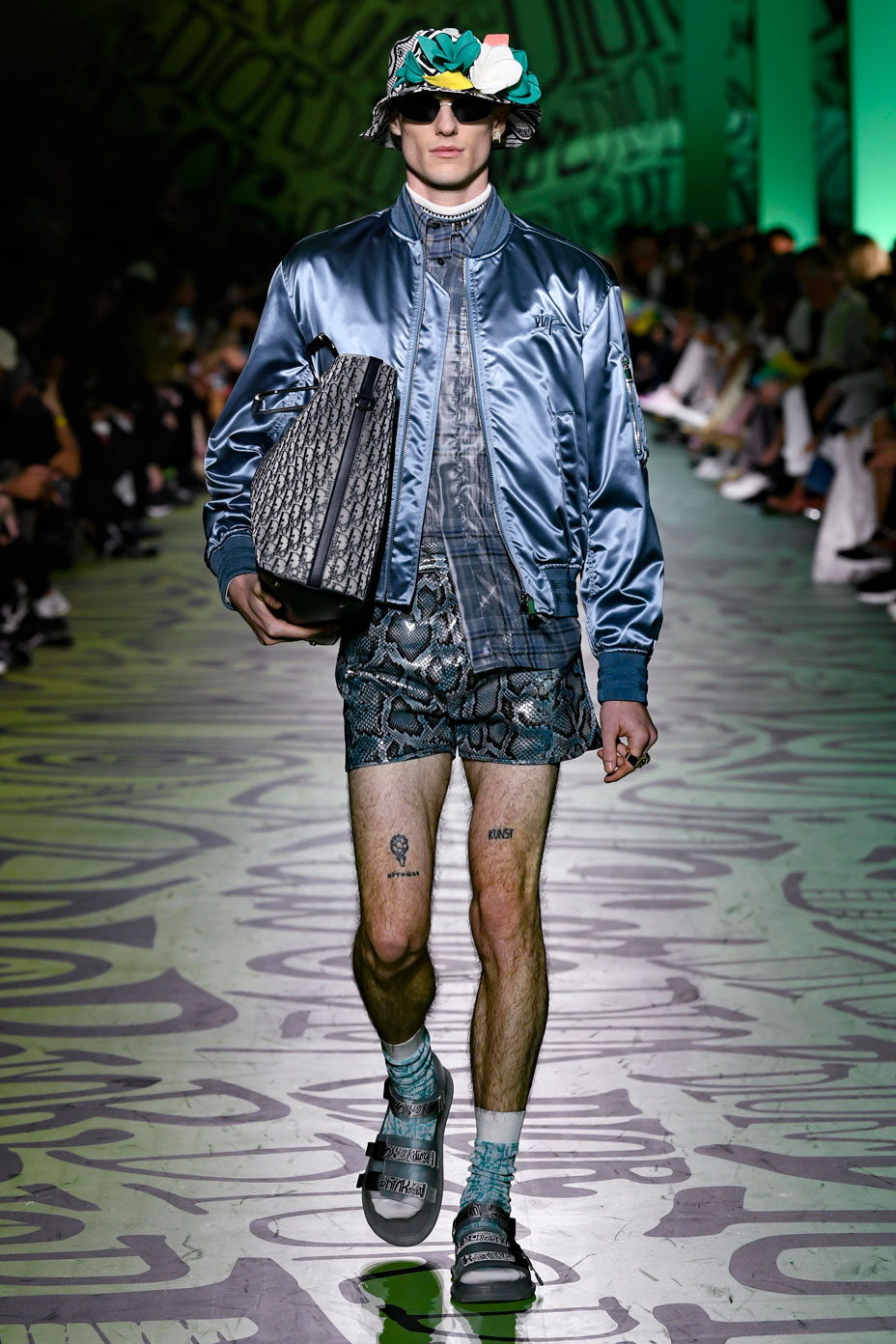 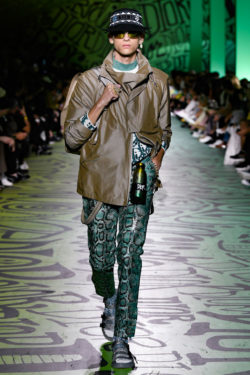 The fact that Christian Dior himself was a long-time art enthusiast and gallerist before he became a revered couturier is now a part of fashion history folklore.  So it was as a tribute to the great man himself that this Dior show took place in Miami to open the week long Art Basel Miami fair, just across the road from the renowned Rubell Museum – a museum that houses one of the biggest private contemporary art collections in the world.

The long distances from Dior’s spiritual French home didn’t stop the great and the good from the worlds of fashion and entertainment descending on Miami to attend this extraordinary show either.  Many of them no doubt getting early glimpses of what they’ll be slamming their black cards down on the counter for next year. 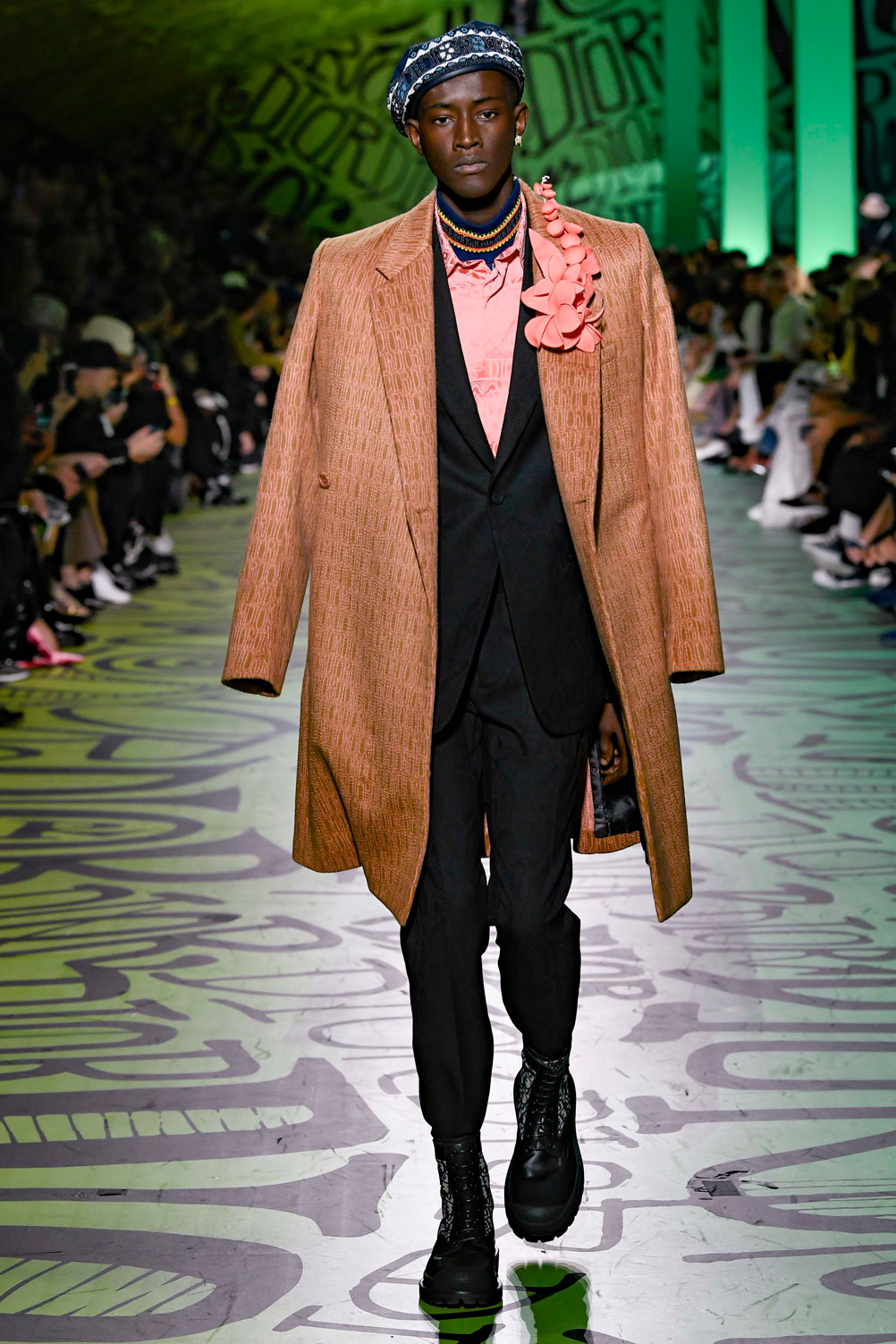 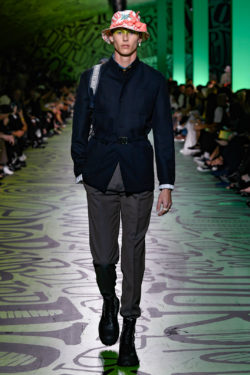 The cavernous show space was decorated in a heavy jungle green that was reflected throughout the show.  Shawn Stussy, a legendary designer in his own right, provided the graphic stencilling that re-imagined the Dior logo that found its way from the surroundings onto various pieces in the show.  The sense of exploring new territory wasn’t confined to just the location.  Short shorts were a regular feature that surprised and delighted, coming in a myriad of patterns and colours – blue snakeskin, taupe nylon, black alligator skin – and teamed with tan jackets and multi-coloured bucket hats (no doubt, another Stussy influence on the designs) that created a real air of ’19th century English explorer’.  The tailoring was, of course, immaculate.  Whether it was the terracotta flavoured, single-buttoned, double-breasted coat casually worn on the shoulders over the midnight black, single-breasted suit, or the ink-blue Nehru jacket cinched at the waist with a simple belt that recalled the iconic Bar Jacket, all the tailoring displayed the kind of attention to cut and silhouette that is the hallmark of an English craftsman. 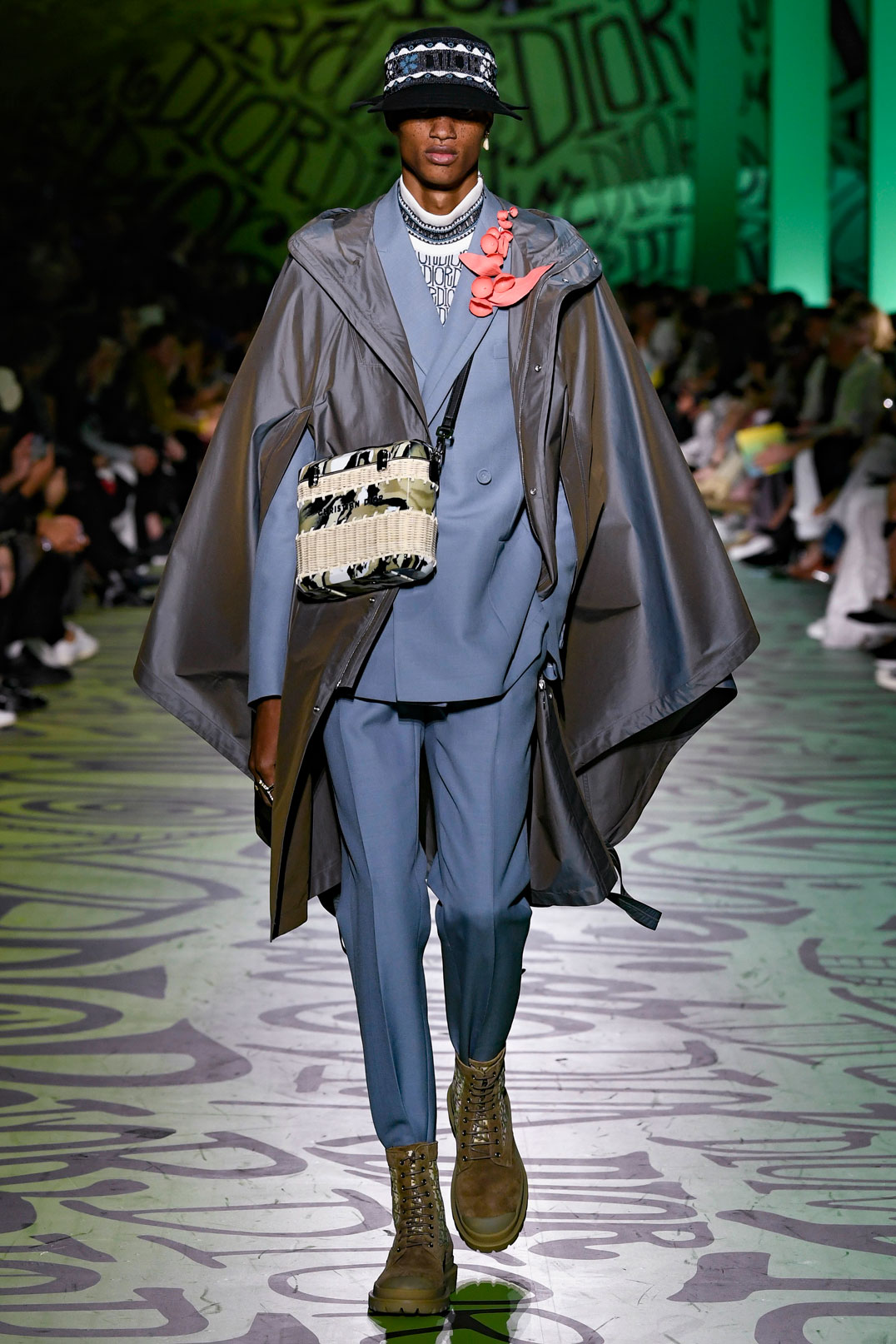 The prevalence of snakeskin designs in all manner of colours were another surprise of the night – shorts, jackets, coats, trousers, bags; the look punctuated the whole show.  Sometimes it was paired with heavily contrasting black floral shirts, sometimes it jumped out at you and grabbed the eyes as the main design flourish when teamed with muted solid colours.  It marked it out as the kind of collection worth travelling half way around the word for.  In fact, to paraphrase the clear message on one of the tops that came down the catwalk: it was the kind of collection that would make you want to shock the world. 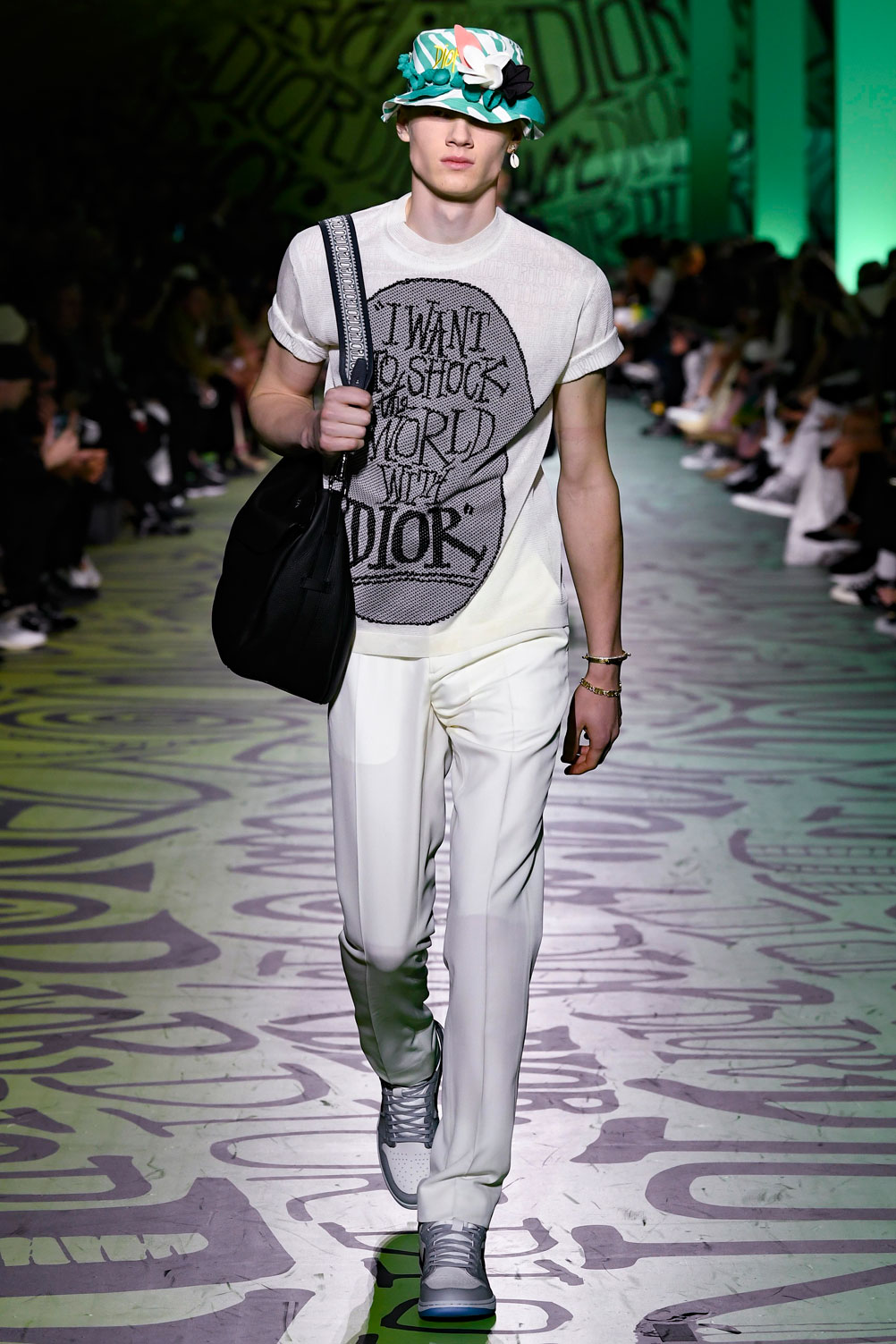