Let’s face it.  Patti Smith is a cultural icon.  She was made in the era that also gave us Tom Petty, a young Bruce Springsteen and a Fleetwood Mac-less Stevie Nicks.  She worked with all the legendary producers of her time, like Velvet Underground’s John Cale and budding music mogul Jimmy Iovine.  She’s recorded eleven studio albums in her career and has written over two dozen books of poetry and other musings.  She’s influenced everyone from The Smiths to Madonna to Florence and the Machine.  She’s the kind of creative force that has to be reckoned with no matter which decade you may be observing her from.  There is SO much to her legend that, conversely, it may even obscure who Patti Smith, the person, really is. 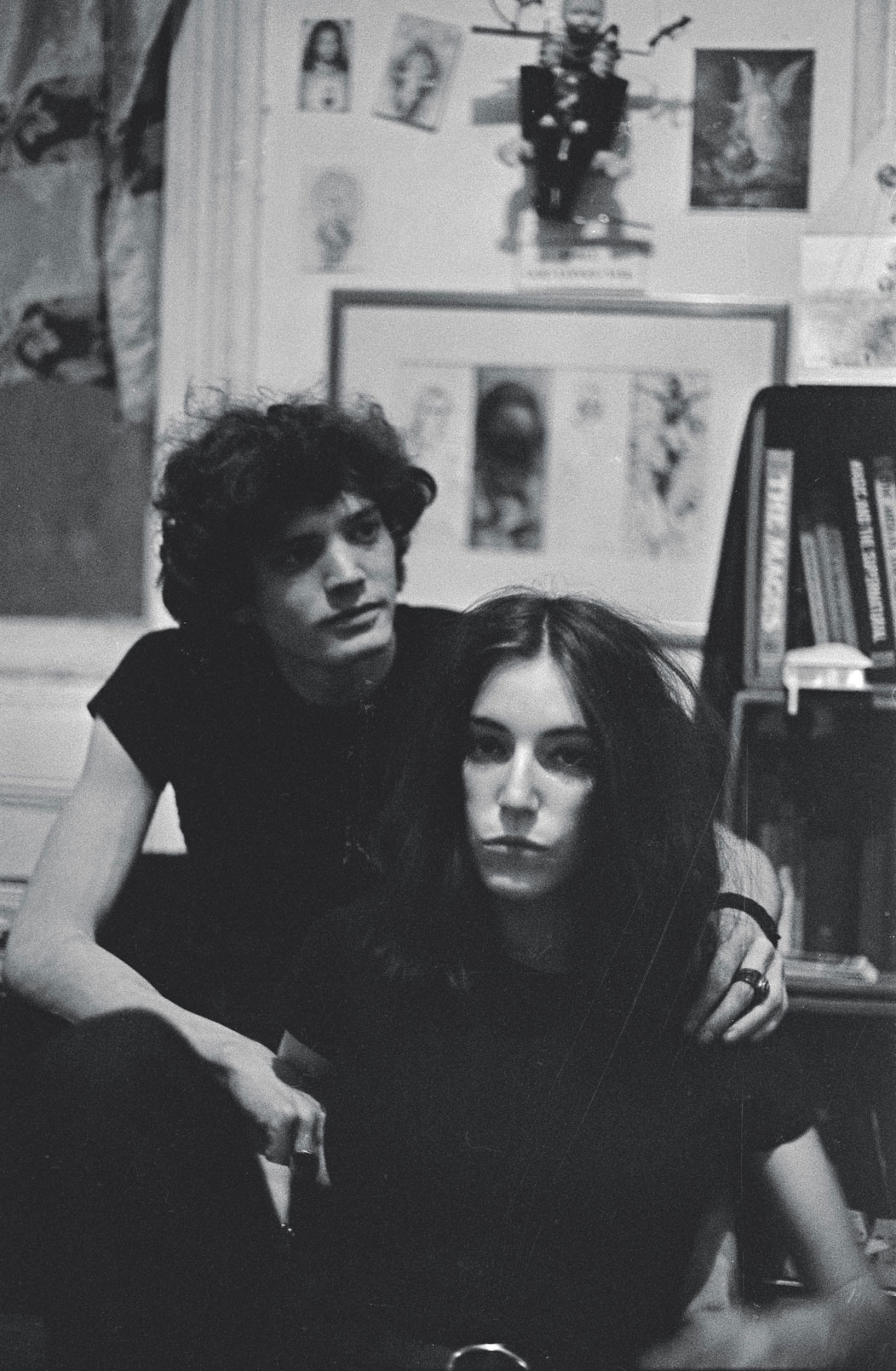 It stands to reason then that there was a Patti Smith before there was a Patti Smith, so to speak.  Every legend starts out as just another ordinary person with outlandish dreams but there will be only a few people who would be able to speak to and even recognise who that ordinary person is.  Photographer Lloyd Ziff is one of those people.  Long before Smith hit all the right notes with her first album, Horses, in 1975, Ziff was part of a creative trio that also included Smith’s then boyfriend, artist and photographer Robert Mapplethorpe.  In the swingin’ 60s they were all just young, wide-eyed creative dynamos experimenting with their art and building on every iteration they came up with.  Music hadn’t yet become the dominant factor in Smith’s life.  At that time they were just treasure hunting, picking up some gems along the way until their real passions, perhaps, found them.

While Ziff would later go on to become one of America’s most sought-after art directors for magazines like Rolling Stone and Vanity Fair (before returning to a life behind the lens), a camera and an impromptu shoot with Smith and Mapplethorpe was were it all started for him.  And now, decades later, it all comes full circle with the release of Ziff’s new book, Desire, which finally brings the images from that intimate shoot – and another early shoot – to the public for (not quite) the first time.  A couple of images from that first shoot had already been plucked from the Ziff archives by Smith for her 2010 memoir documenting her relationship with Mapplethorpe called Just Kids (with an expanded edition published in 2018).  But this is the first time all the images would be curated and presented as a collection to own.  So we wanted to talk to Lloyd Ziff to find out what it was like to work with legends, where his career took him and, of course, why he’s publishing the book now after so long: 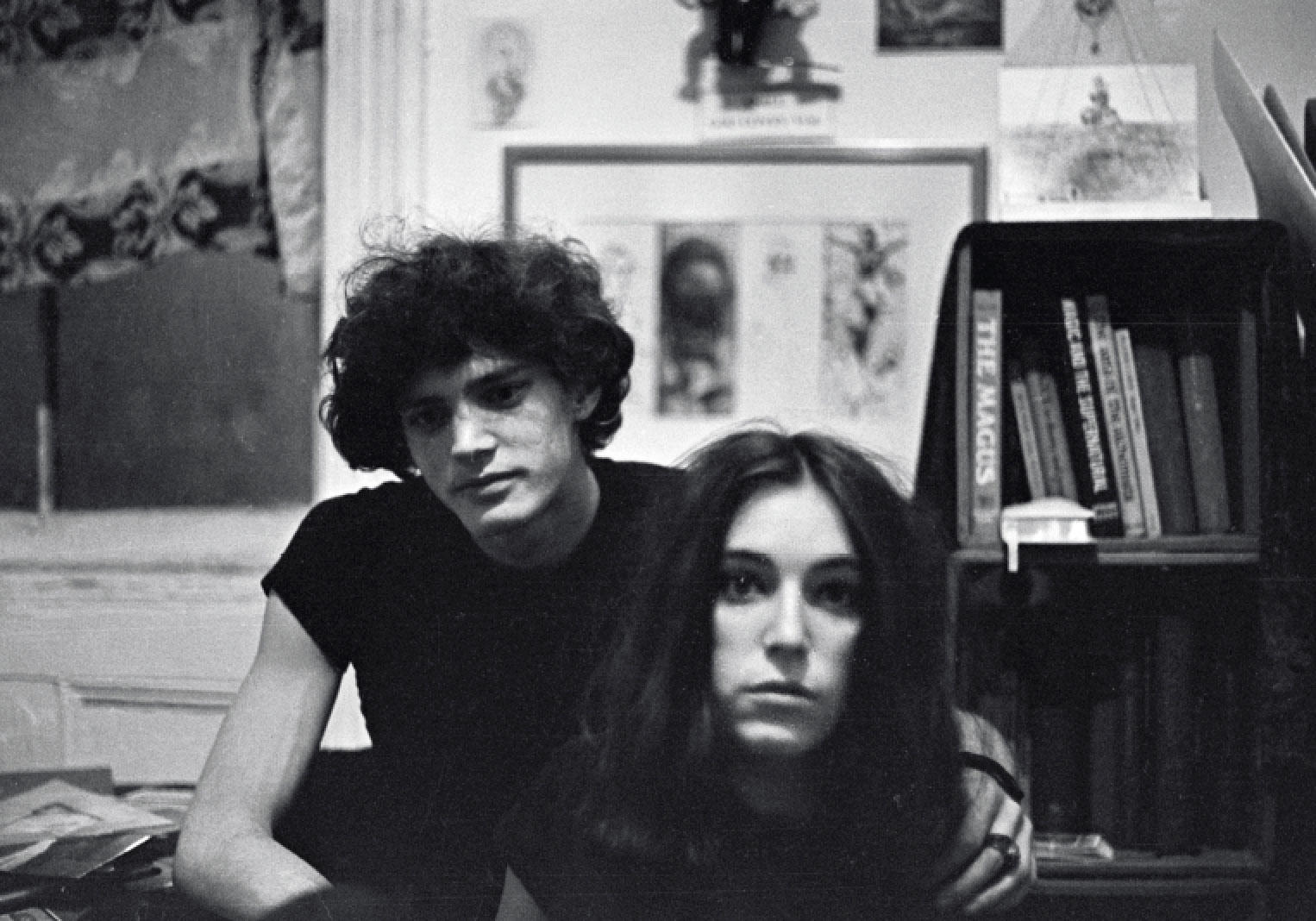 Congratulations on the release of the book!  It documents a very early and personal part of your career and, in terms of your professional origins, is it true you worked on a number of big international magazines before settling on photography?

Yes, for 32 years I was the Art/Design Director of several of Americas most prestigious magazines: Rolling Stone, Vanity Fair, House & Garden, Condé Nast Traveler, Travel & Leisure.  Because of my career, I was lucky enough to assign and work with many legends of photography.  Annie Leibovitz and I are still close friends from the time I slept on her floor in San Francisco when we both were at Rolling Stone in the mid 70s.

Then, working at Condé Nast in the 80s enabled me to work with Annie again, plus Penn, Avedon, Hiro, Horst, Bill King, Snowden, Sheila Metzner, Duane Michaels, even Lartigue! During this time, I was also always shooting photographs for myself and my friends.  This was my personal art.  I was only pleasing myself.  At the turn of the century, I had a mild heart attack and came to realize I had pretty much designed everything I had wanted to, and it was finally time to take my photographs out from under the bed and get them out into the world.  As you can see, by now I knew a lot of people, and I was encouraged by many of them.  I loved my professional career, but loved having my personal vision recognized even more.

What or who influences (or influenced) you professionally/artistically?

I’ve had 2 major mentors: Lee Friedlander, whom I got to work with in the late 60s when I was designing album covers for CBS Records and he was shooting jazz musicians, told me “Lloyd, there are pictures everywhere, it’s your job to find them.” Lee’s photographs still continue to amaze me.  The other important influence of my photographic life is Arthur Freed, my first and only photography professor at Pratt Institute in Brooklyn.  Arthur taught me that photography was not about equipment, but your eye.  And, most importantly, that it is easy to take a mean and unflattering portrait of someone, and difficult to take a loving one.  These 3 lessons have stayed with me and informed my art for 50+ years.

Your work is currently displayed in galleries all over America and has featured in most of the major magazines for decades.  It would seem your legacy is set but – in addition to Desire perhaps – what are you most proud of professionally, or what has meant the most to you so far?

When I was a magazine art director I loved seeing something and/or someone’s work and putting it the magazine and sharing it with a million other people.  Now I get to do that with my own work and the reception is thrilling to me. Three years ago I published my 2 volume book, “New York, Los Angeles, Photographs 1967-2015”.  Another milestone! 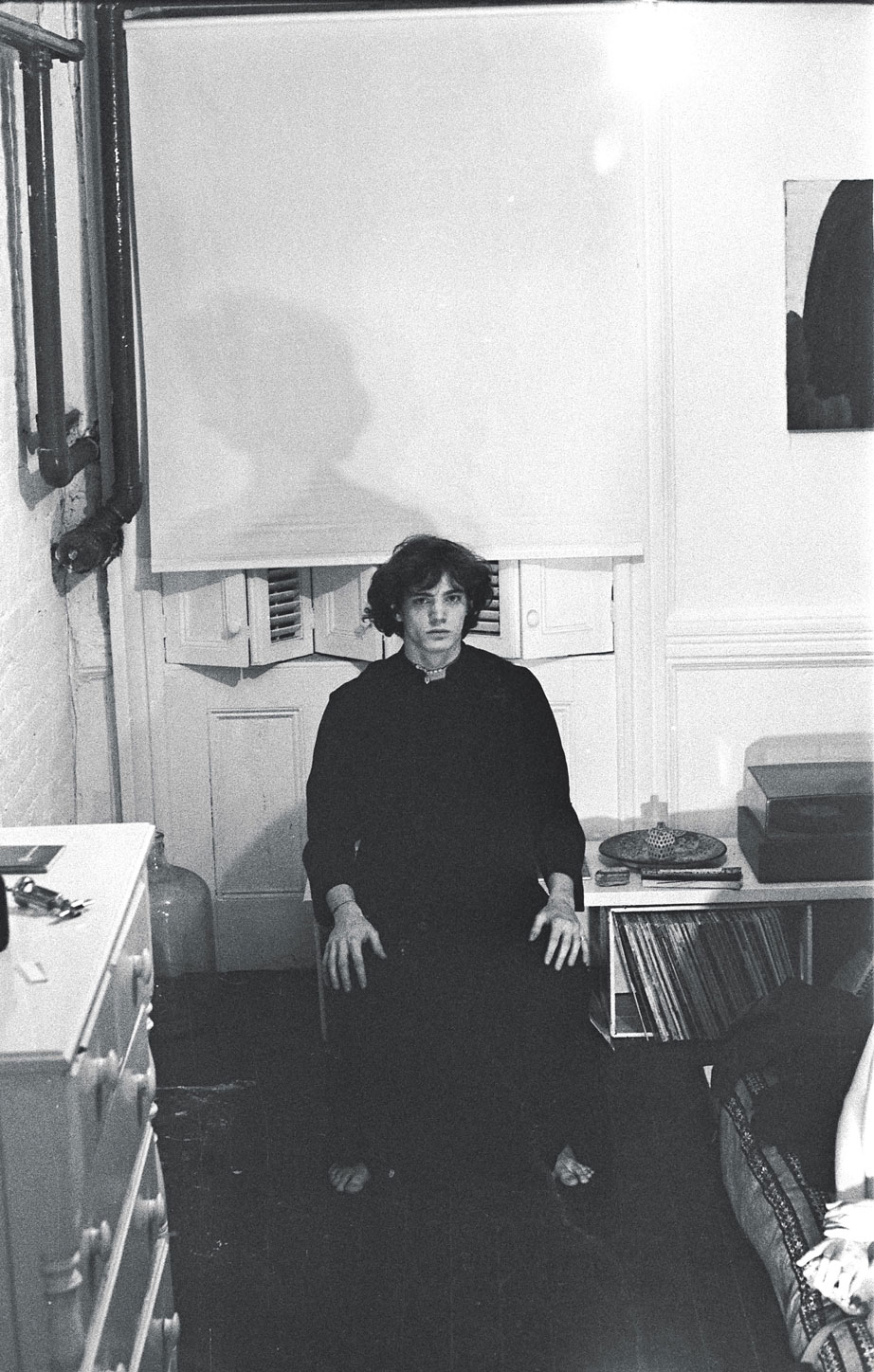 How did you become involved with Patti Smith and Robert Mapplethorpe?  What project, if any, were you originally taking pictures of them for?

Robert and I were both students at the Pratt Institute [in New York] as well as friends.  He started living with Patti around the time I started taking photographs.  They were young, beautiful, intense . . . “Just Kids”, as Patti herself has written.  Of course, I wanted to make portraits of them.  I asked and they readily invited me over their little apartment on Hall Street near the Pratt campus and we shot half a roll of film – about all I could afford at the time.

A year later, we had all moved to Manhattan – they moved to the Hotel Chelsea, and me to a basement apartment on Charles Street in Greenwich Village.  Robert phoned and asked me to shoot some nude photographs of them for an animated film he wanted to make.  Again, of course I said yes.  They came over, we hooked a spotlight to a chair, they took off their clothes and I shot the pictures Robert wanted.  We were friends, it was the 60s, there was no sexual tension. We trusted each other.  Later I gave Robert some prints, and, as Patti wrote in “Just Kids”, he lost interest in the project, and she suggested to him that if he wanted photographs perhaps he should learn to shoot them himself.

At the time, were you aware of Mapplethorpe as a rival photographer and of who Patti Smith was, or of how big she was becoming?

The time between when the photos were taken and the release of Desire spans a number of decades.  Did your personal/professional relationship with them continue after that first shoot?

Robert and I were friends until he died.  When I was an art director I enjoyed commissioning work from him, and he enjoyed shooting for my magazines – although by that time he certainly didn’t need the money.  I also liked spending a bit of time at his studio/apartment and showing him my personal photographs.  As Patti became a legendary poet/performer I was living in L.A. and only got to see her perform occasionally at clubs.  We would say hello and hug.  In the 80s, she lived in Detroit with her husband [Fred ‘Sonic’ Smith] and children until he passed away, and then moved back to New York City where I would see her again at book signings, art openings and performances.

Creatively/artistically speaking, what was it like to work with Smith and Mapplethorpe – particularly as they were both such creative forces in themselves? 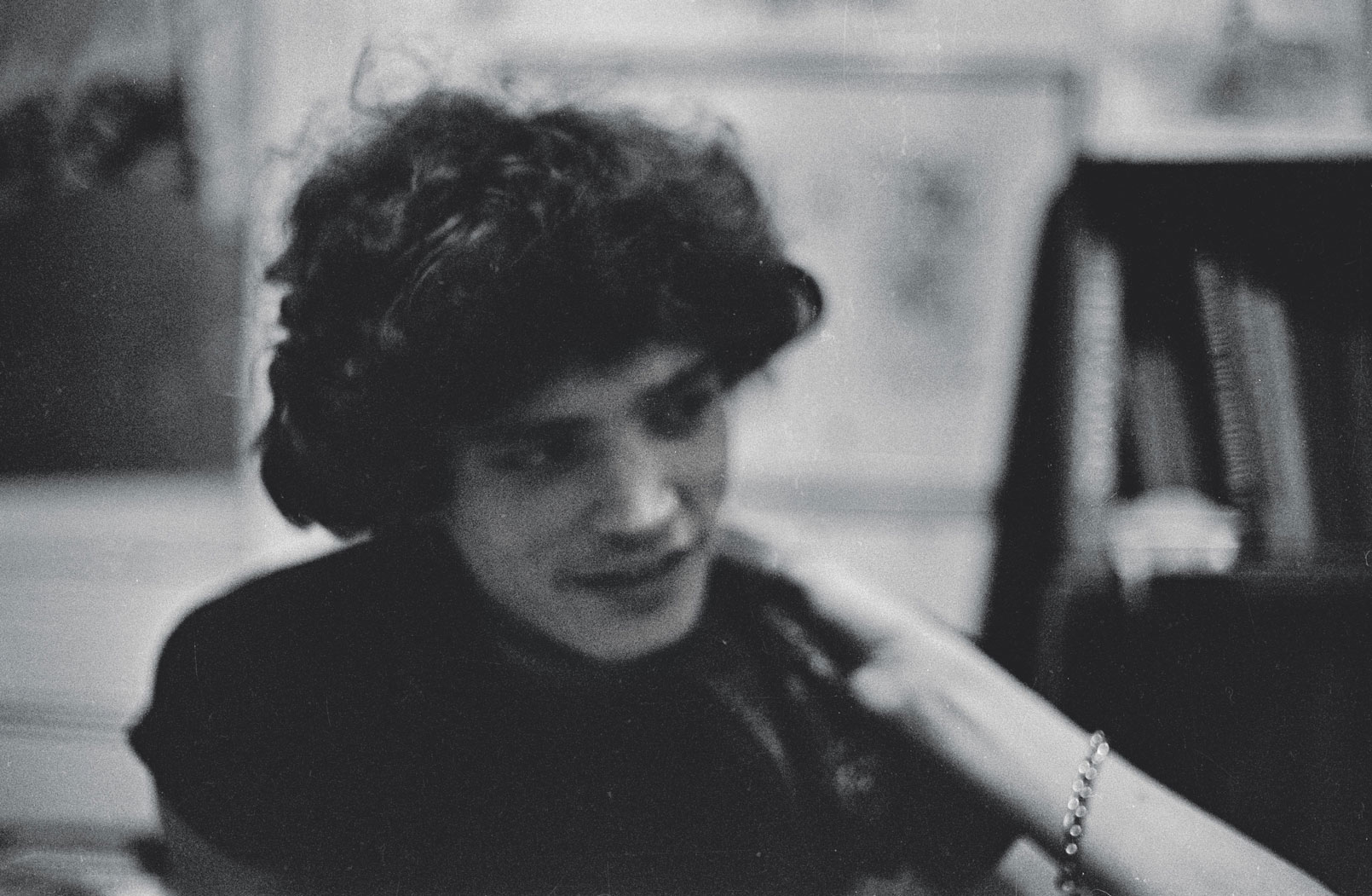 Why did you decide now was the right time to release Desire?  Presumably the images in the book have been eyes only for a long time so what was the thought process behind revealing them to the world now?

You’re right, I didn’t do anything with photographs for 45 years.  Patti phoned me in 2009 and asked to publish two of the 1968 portraits in “Just Kids”.  Of course, I said yes.  The next year her beautiful book was published and I was surprised and pleased to find she told the story of the ’69 nude session at my apartment.  I decided the photographs could now be shown after all these years, and in 2013 my friend James Danziger offered to exhibit them at his New York gallery.  Patti phoned again in 2018 and asked to run two of the nude photos of Robert in an expanded edition of “Just Kids”.  I, of course, agreed again.  Around the same time Nick Groarke, the English art book publisher, contacted me about a book of all the photographs.  At first I didn’t think there were enough for a book but, as you can see, he’s quite persuasive and creative.

How did you approach the compilation of this book and what is it you hope people come away with after enjoying the book?

It was Nick’s idea to include some of my New York City photographs from the same years as a prologue and afterword, printed on different stock, and serving as a kind of time capsule.  I would like people to experience something about what it was like to be in New York at that time; to be young and ambitious, and to be learning to keep your eyes open.

Did the finished project match or exceed what you had envisioned at the start?

Working for two years with Nick was a great collaboration.  We went through many different ideas until we finally got it right.  The book is much more than I thought it could be when we started.

What’s next for you?  What will be the next big project you’ll be talking about?

I am about to start editing over 40 years of my photographs for my next book, “My Friends’ Children”.  I have found that when my friends began having kids I really enjoyed photographing them.  Annie Leibovitz has offered to write the introduction.  I should be working on it right now. 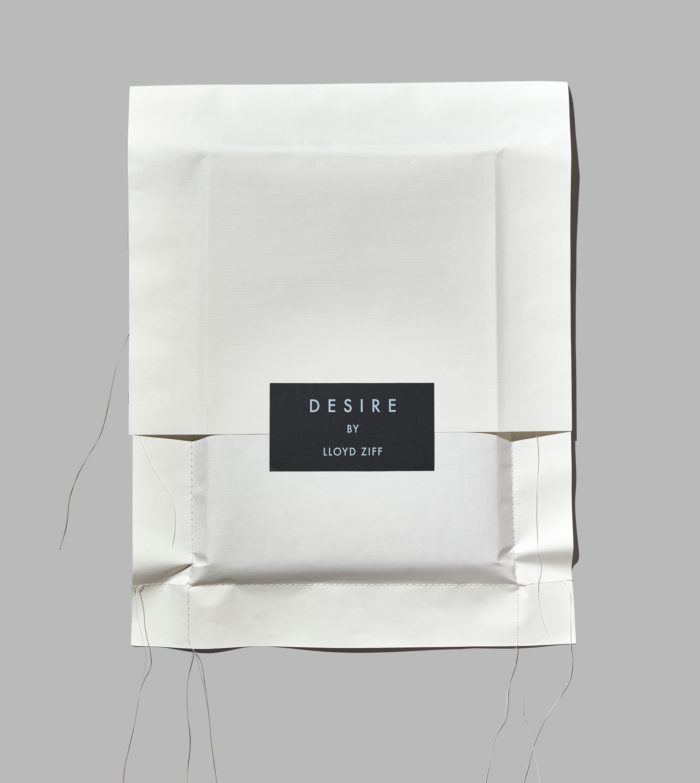