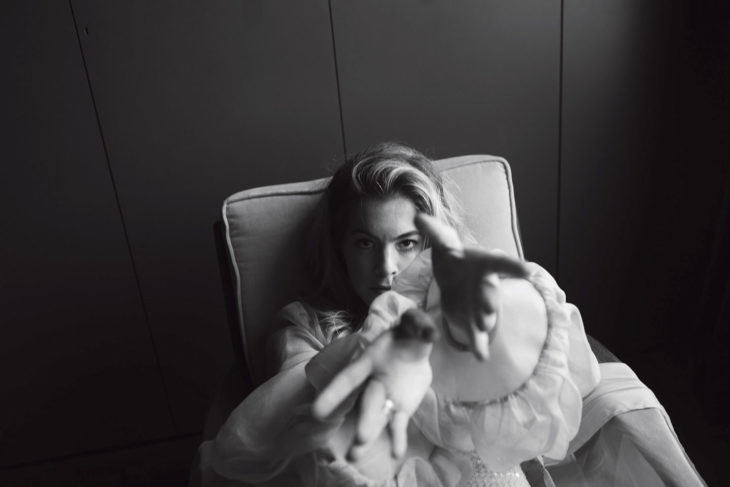 Chelsea Leyland is meeting me in the lobby of the Edition hotel in central London during the first stint of London Fashion Week. It’s sunny in London and in the lobby are models with oversized sunglasses, towering heels and sculpted dresses. When Leyland arrives with a mass of easy, relaxed blonde hair it’s a welcome relief from the contrivance of the fashion around us. The 29-year-old south Londoner is in town after a stint to-ing and fro-ing between LA and NY, and she is frantic. I tell her this is DJ life and she nods enthusiastically. Leyland has been DJing huge raves and fashion parties for the past four years and she’s taking it in her stride.

She made a name for herself playing at Ben Watts’s annual Shark Attack Sounds Fourth of July parties in Montauk, an infamously bohemian hotspot in the Hamptons, where Warhol had a house. She started by playing tracks from her iPod and later perfected her craft. “Those parties went from being 200 friends to 10,000-person raves,” she laughs. “So I had to learn fast.”

And she did. It didn’t take long for the fashion world to become enamoured with her, and it was her energy that saw her become a muse for global fashion week parties, playing at the New York Public Library and Guggenheim and working with brands such as Dior, Chanel, Christian Louboutin and Naeem Khan. She understands the performance element of DJing, possibly thanks to a background studying method acting at the Lee Strasberg Theatre and Film Institute in LA. While she readily admits that she’s not the most technically able DJ, she’s aware that her charisma radiates into the room. “Designers want you to bring a certain vibe,” she says shyly. “People say mine is… fun.”

Bra and corset by Rosamosario.

“There’s an art to catwalk music,” she says. “You work with a mood board. Sometimes you’ll sit down with a designer and they’ll tell you what the inspiration for the collection was and then you’ll come up with a soundtrack. Every minute matters. It’s a different use of your musical brain. I think the process is a lot more stressful. You’re kind of going back and forth, talking to people who aren’t necessarily musically well versed, so they’ll be like, ‘This part sounds a little screamy.’ And you’ll be like, ‘Well, what does that even mean? There’s no one screaming in it.’”

On the surface, it might be easy to dismiss her story as a relatively generic one – of glitzy fashion parties and international DJing. In reality, she’s using the platform to raise awareness about epilepsy – as a sufferer – and she shrugs off my incredulousness with a laugh. “I picked the most inappropriate job ever. It’s really quite ironic. People are always like, ‘Wait, how does that make sense?’ I just work around it. It’s in my rider that they can’t have strobes. When I’m out and doing my thing, it’s like my eyes are shut and I have my hands over my eyes.”

Bra and knickers by La Perla.

She mentions that working in music with the illness isn’t as unusual as you might think and cites Prince and Elton John as fellow sufferers. For Leyland, making clubbing safer and easier for those with epilepsy, such as banning strobe lighting, is a priority. She mentions how it’s made her think differently about the relationship between the brain and music, and her DJ technique has been enhanced as a result of fine-tuning her ear to sonic vibrations. She mentions Nicolas Jaar and Max Richter as people who have inspired her sonically. Are their slowed-down bpms part of her self-care as a DJ with epilepsy? “I’ve been researching a lot about how light frequency and things like classical music can heal the brain,” she says. “So it may not be bpm related, but there is definitely a case for slowing it right down.”

Bra and corset by Rosamosario.

Before we met, I scrolled through her Instagram, where she has more than 58,000 followers. Sandwiched between shots of her bathroom selfies and posing in Fendi at security checks, she’s proudly adorned in necklaces saying “Feminist” and T-shirts declaring we should “Raise boys and girls the same way”. They’re sentiments that relate well to a woman involved in the notoriously male-dominated DJ world. This year has seen moves towards making club spaces more female-friendly, with safe spaces, and increasing the number of female DJs who are booked by promoters.

Female activists from within the electronic music scene are attempting to shift the balance of power when it comes to DJ line-ups. The Tumblr Very Male Line-ups popped up in 2015 as a challenge to the “promoters” who continue to promote male-dominated DJ line-ups at club nights such as Deviation and FWD>> in London and Dimensions Festival in Croatia. The theme had already been gaining ground with female:pressure, a network of female artists who campaign for more visibility of women in the dance music world. In 2013, it published findings that showed that the presence of women DJs at festivals, labels and clubs worldwide was less than 10% of the total line-ups. 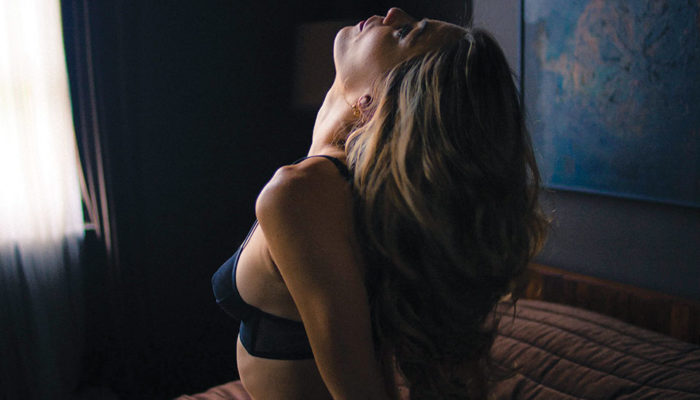 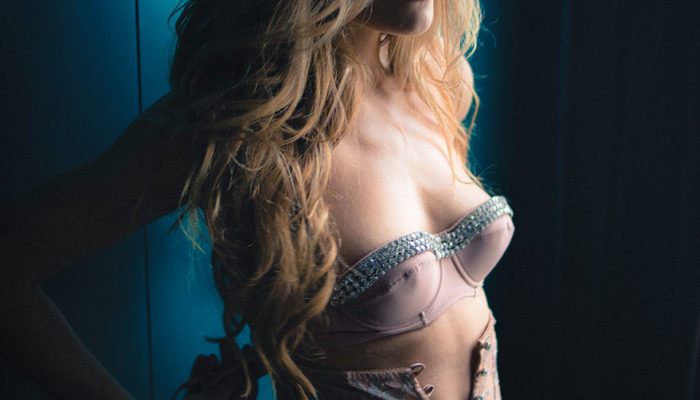 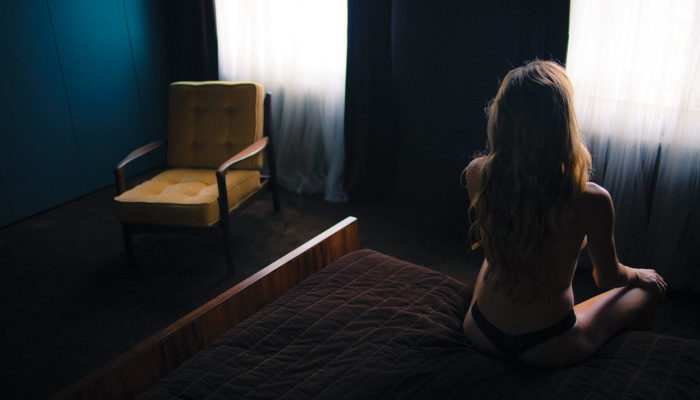 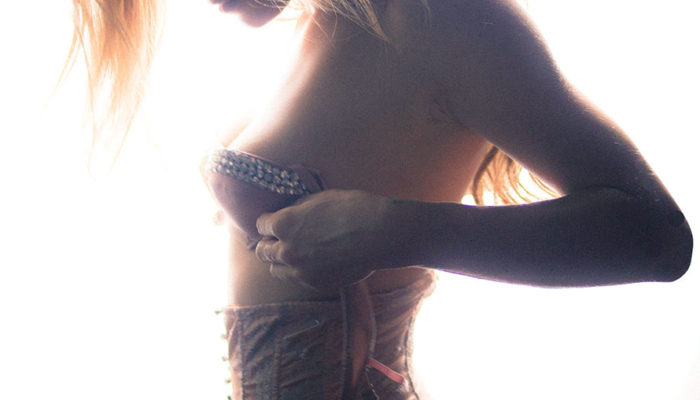 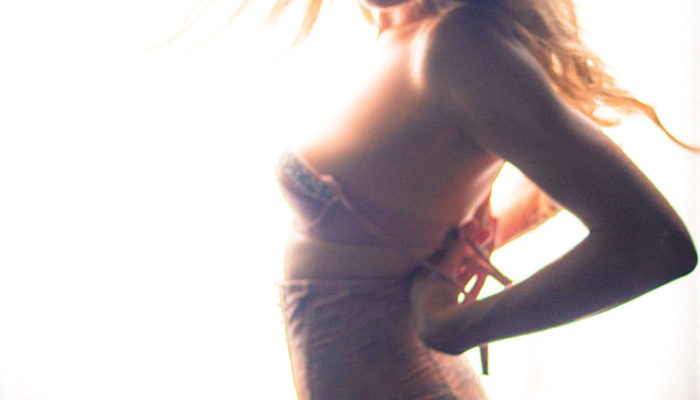 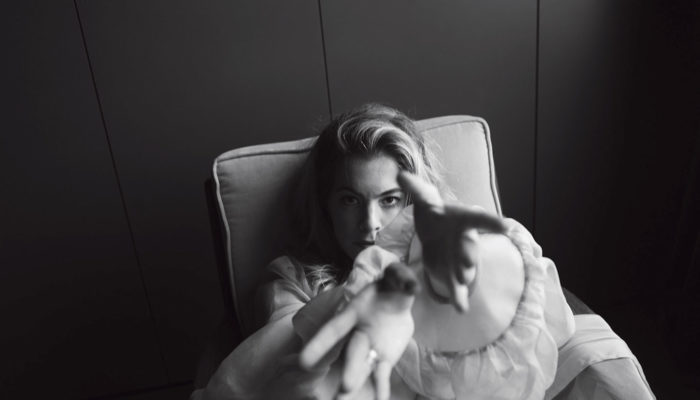 Leyland points at the gold vagina necklace she’s wearing. “Yeah, I mean, I’ve definitely felt that energy of men being frosty,” she says. “Or another DJ that’s going on before you or after you being slightly unfriendly or cold. They’re pissed off because they know you’re getting paid more than them, or they’re pissed off because they think they’re a better DJ than you and are wondering why they’re opening for you. If I get a man being shitty towards me, it’s only jealousy, isn’t it?”

On noticing a double standard she says, “There have been situations where I’ve done a red carpet-type thing and they are all flashing and I have to tell photographers [about my epilepsy]. I’ve had people laugh in my face, thinking I’m just being a princess. At a recent Burberry show I thought, ‘Fuck, I’m going to have a seizure right now.’ Flash photography is more in your face and intense than the strobe lighting.”

Having her illness reduced to “princess” behaviour is quickly shrugged off, though – she’d rather focus on brand collaborations, campaigning for epilepsy awareness and her work as a fashion commentator. For Leyland, whose career has perhaps unwittingly been about inspiring designers and fellow female DJs to be creative, she’s now taking control of the world around her and moving into acting, modelling and beyond. As we leave and her tiny frame skips off to her next international engagement, it’s clear she’s stepping out from behind the decks and her hands are off her eyes.