The Artist – Basquiat by Richard Corman

Legendary portrait photographer Richard Corman talks with André Howard Gayle in the wake of the publication of his extraordinary collection of photographs of another iconic artist, Jean-Michel Basquiat.

It’s sometimes surprising to think that Basquiat died over three decades ago.  So much has been written about him.  He had a presence and an aura that was unmistakable.  It wasn’t a contrived branding exercise either.  He was who he was.  The long documented troubled childhood drove him to create the kind of important art that long outlived the negative reactions he faced when he first began to show his work.  That’s a rare thing to say about anyone who died at just 27-years-old.  But it’s through his art and his history that we feel like we know him.  Or at least have a sense of him. 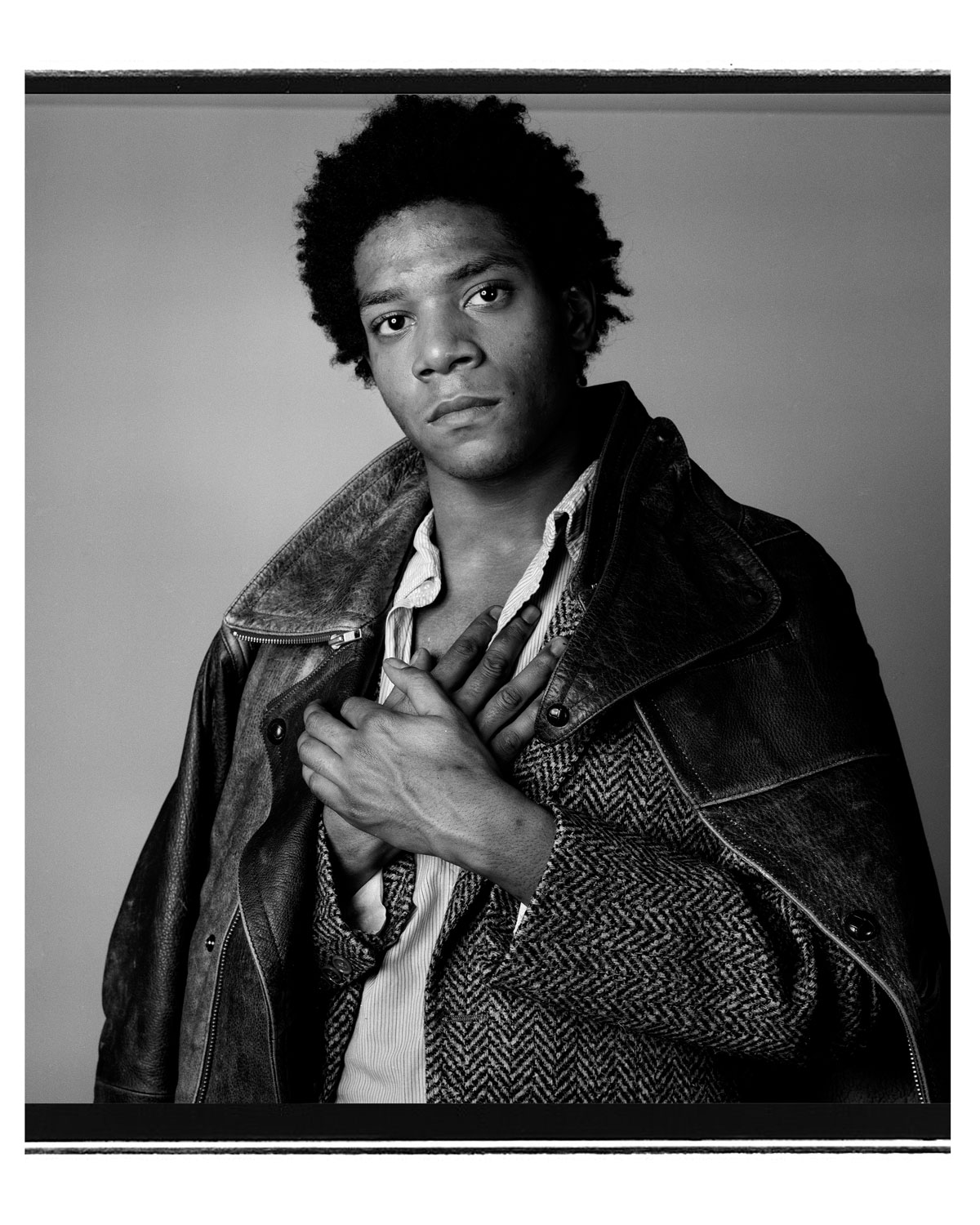 There would be no substitute for actually being in his presence at the height of his powers, though.  Richard Corman is one of the lucky people to have had such an experience.  This was back in 1984, on commission from L’Uomo Vogue and well before he ever had the likes of Ali, Mandela, De Niro and Pachino as his subjects.  But not before Madonna.  Talent naturally attracts talent apparently and Corman’s lens was capturing Basquiat’s and Madonna’s before the the world really even knew who they were (to become).  There’s a certain status that comes with being globally recognisable by only a single name.  So if Corman hasn’t shot Bono yet it surely can’t be too long coming.

In the meantime he’s reliving the time he had with Basquiat with the release of a collection of images from that shoot presented in a new and innovative book called BASQUIAT – A Portrait.  The innovation not only stems from from the fact that the portfolio of images unfolds to a length of almost four metres, but also because it’s only available to buy through the Vero app.   The book was released on April 24th and after the release THE FALL took the chance to get to know Basquiat, and Richard, a little better:

You’ve photographed an incredible number of artists in your career.  How did Basquiat compare as a subject and did you (or do you ever) feel extra pressure shooting another visual artist?

The extra pressure has nothing to do with photographing another visual artist.  The pressure has everything to do with the responsibility I feel when shooting any other individual.  JMB was a complicated person long before he and I met in his studio. For whatever reason, that hour we spent together felt raw, real, and vulnerable.  I will always be grateful for those moments.

What was your knowledge of Basquiat before you received the commission from L’Uomo Vogue?  In 1984 he would have been at the height of his powers and you had just finished working under Richard Avedon.  What was the artistic dynamic between two different artists each riding the crest of a wave?

I was a young artist at the time beginning my own wave, who knew so little and yet was so damn curious about those in front of my camera. I have always  felt that being a bit naive, inexperienced and knowing less at that time was an advantage, as I refrained from overthinking due to lack of experience!  Yes, the apprenticeship under Avedon changed my career forever, but I have always felt my ability to communicate with others has been my strength. I was most definitely aware of JMB and his infamous work as I was photographing burgeoning young artists at that time. However upon arrival, when I walked into his studio, there was the most dynamic sense of creative confusion I had ever seen; many people, smoke, art, music, conversation, and JMB leaning quietly in a corner.   He allowed me to move him away from all of the distraction where he and I were able to collaborate. 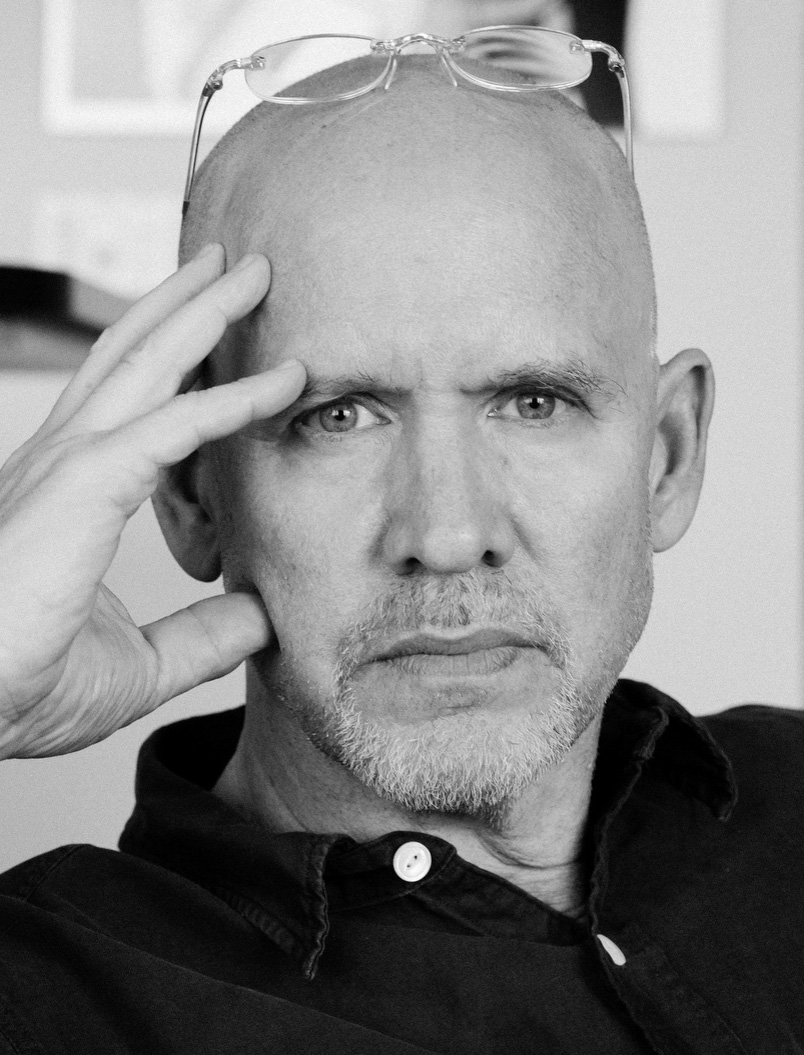 What was Basquiat like in person?  It would be fascinating to get a sense of where he saw his place in the world of art and culture.

JMB was angry, charismatic, intense, serene, beautiful and so intelligent.  His work in many ways remains more relevant today as his words, painting, politics and social commentary, incites the same conversations we are having today as our world appears to be at odds with itself.

Too many artistic genius’s succumb to their inner demons.  Did you ever have the sense of these demons while working with him, or at any point after?  What were your feelings when he passed?

We all knew he had a drug problem and his quick rise to celebrity might have been overwhelming and pushed him over the edge. Those demons were not revealed to me, although it was clear he was so profound and perplexing, unlike anyone I had met prior. However, like most of the greats, he was totally fearless and in his own world as he created such brilliant art. When he passed, my feelings were that the world has lost another messenger of TRUTH!!!

What is the impetus behind the book?  What occasion, if any, are you marking?

BASQUIAT – A Portrait, represents a short period in time, when I was fortunate enough to confront a complicated genius, see behind his eyes and present these images in the most simple format.  Although simple in format, abstract in emotion. For better or worse, I have always felt that this series of portraits were different than those seen of JMB in the past. 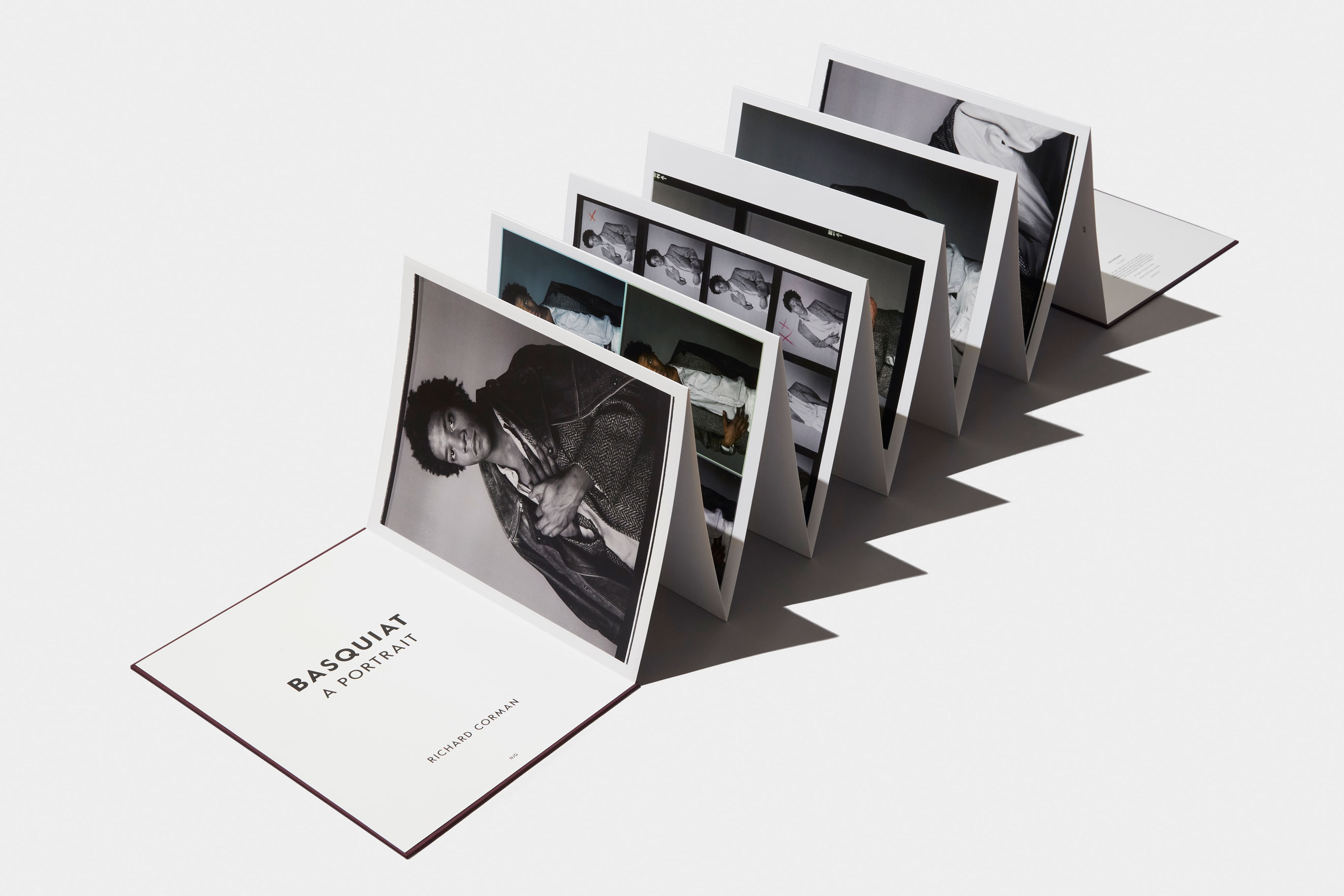 The design decisions behind the book are fascinating.  It does require a fair amount of unencumbered space to experience the full effect of those choices.  What were the factors that had to be weighed in terms of the artistic vs practical experience of ‘reading’ the book?  What was the reason behind going with this design?

Creative Director, Nick Groarke and I always try to think a bit outside of the box and create a more unique approach to publishing. I think the design always has to enhance the story we are hoping to share. Nick and I both think this design enhances the tactile and emotional content of BASQUIAT – A Portrait.

Given the number of inspirational people you have shot over the years you’re probably asked (too) often who your best subject has been.  But in terms of Basquiat where might he fit into that inspirational list for you – considering who the man was, the talent that he had and how those two particular things might (or might not have) factored into your excitement/desire to work with him. Was it a better or worse experience than you imagined it would be?

The experience will always outweigh any photography I can possibly take.  That day on 57 Great Jones Street, NYC, 6/1984 will always remain memorable.  JMB is at the top of that list of subjects I have worked with over the past 35 years as his honesty and trust in me was evident as we began to take pictures.  He became accessible and vulnerable in a way I had never experienced. 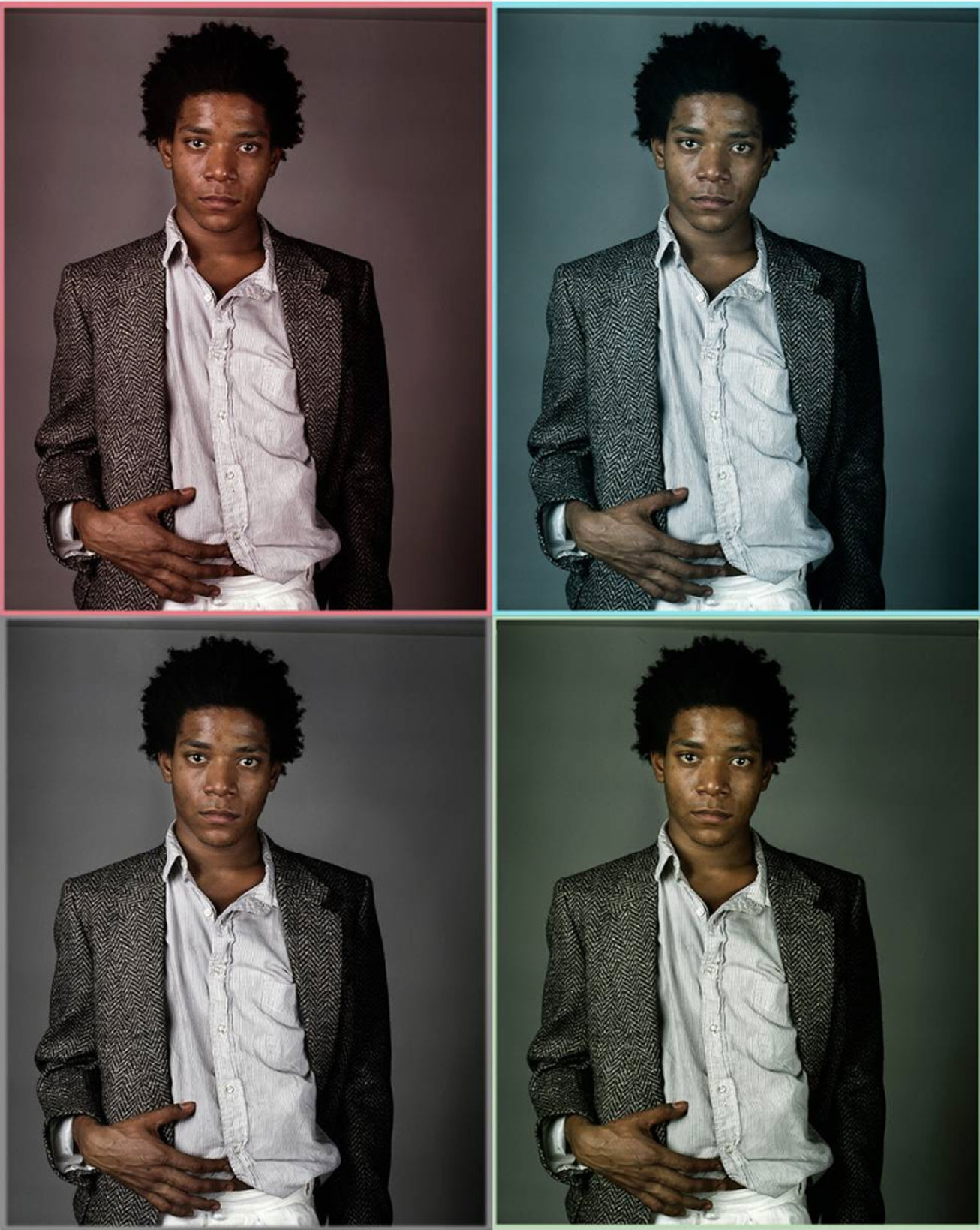 Finally, given your decades of work, do you consider yourself (as others do) to be a part of the wider artistic culture yourself or are would you prefer to be known as just a documentarian of it?  E.g., it would be very hard to describe Richard Avedon as ‘just a photographer’.  As with Basquiat, it would be interesting to know where you see your own place in world culture – past, present and future.

I will leave others to determine where I stand in terms of my own legacy.  Very simply, I am a storyteller! My life as a photographer has allowed my to see the world and touch individuals otherwise unattainable.  It would be wonderful to say that my past, present and future work will make a difference to others as they see the world and individuals through my eyes, but I think that would be quite presumptuous.  My journey as an artist will always continue and my hope is I will never reach the summit. As my mentor, Richard Avedon, shared as he signed one of his monographs to me: “Yours in the Struggle”.

BASQUIAT – A Portrait is available now through Vero.