Amanda Gorman – Birth of the Showstopper

Venetia Tyler takes a look at the growing cultural phenomenon Amanda Gorman ahead of her appearance at the Superbowl.

When Amanda Gorman stood up at Joe Biden’s inauguration on January 20th and prepared to recite her work to the world, she probably didn’t realise quite how much her life would change after she had finished.  A hard-working Harvard graduate with a life-long speech impediment, the young poet was transformed into a cultural icon overnight, gaining two million followers on Instagram almost instantly and befriending American royalty like Oprah Winfrey and Michelle Obama. 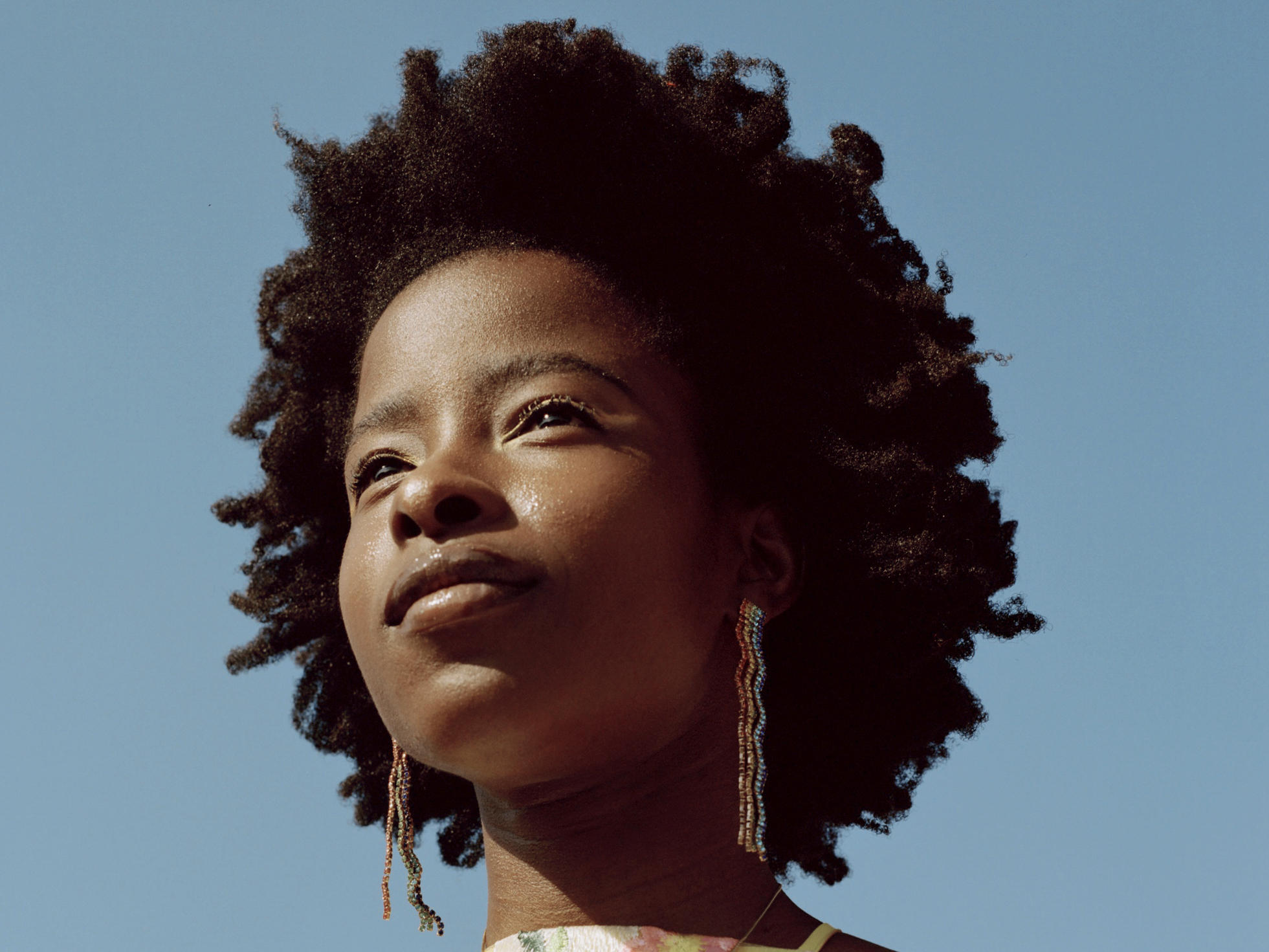 Despite the speech impediment Gorman suffered with up until two years ago, and with the spoken word being her ‘own type of pathology’, Gorman moved the world with the kind of poetry that drew a stark and welcome contrast from the snarling words of ‘American carnage’ delivered at the last inauguration.   Her struggles to pronounce the letter R, an ironic yet frustrating challenge for a “poetwy” writer to overcome, made her the perfect artist for the right moment in history.  Those struggles provided her with a certain awareness of sonics, and an auditory perception she probably wouldn’t have had without this giant obstacle to overcome and learn from. 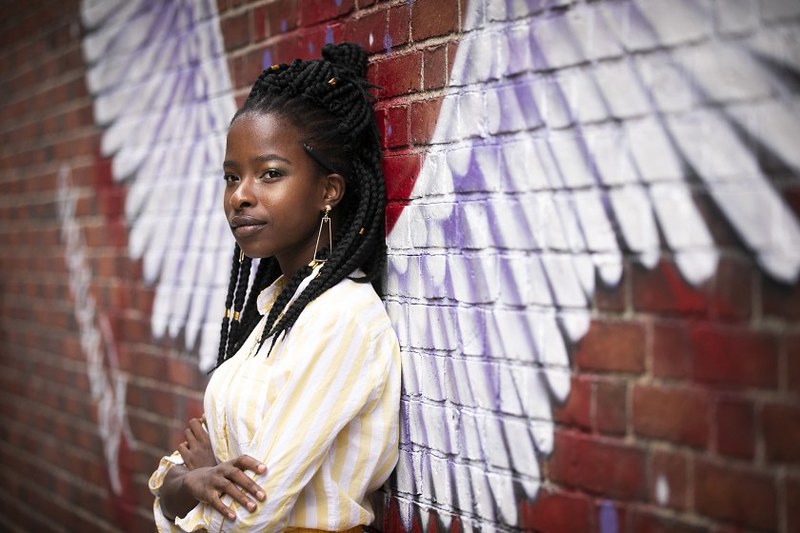 Whether you were in the sunshine outside the Whitehouse on that cold, crisp and socially distanced day or you were one of the millions watching the ceremony from your sofa at home, Gorman radiated light and – quite literally – illuminated the television screen.  Dressed in a full sunflower yellow Prada coat and a bird-cage ring gifted to her by Oprah Winfrey, she was impossible to miss.  She carried herself with a strong and assured presence for one so young performing on one of the biggest stages on Earth.  For a few minutes, the world stopped and she owned the show. 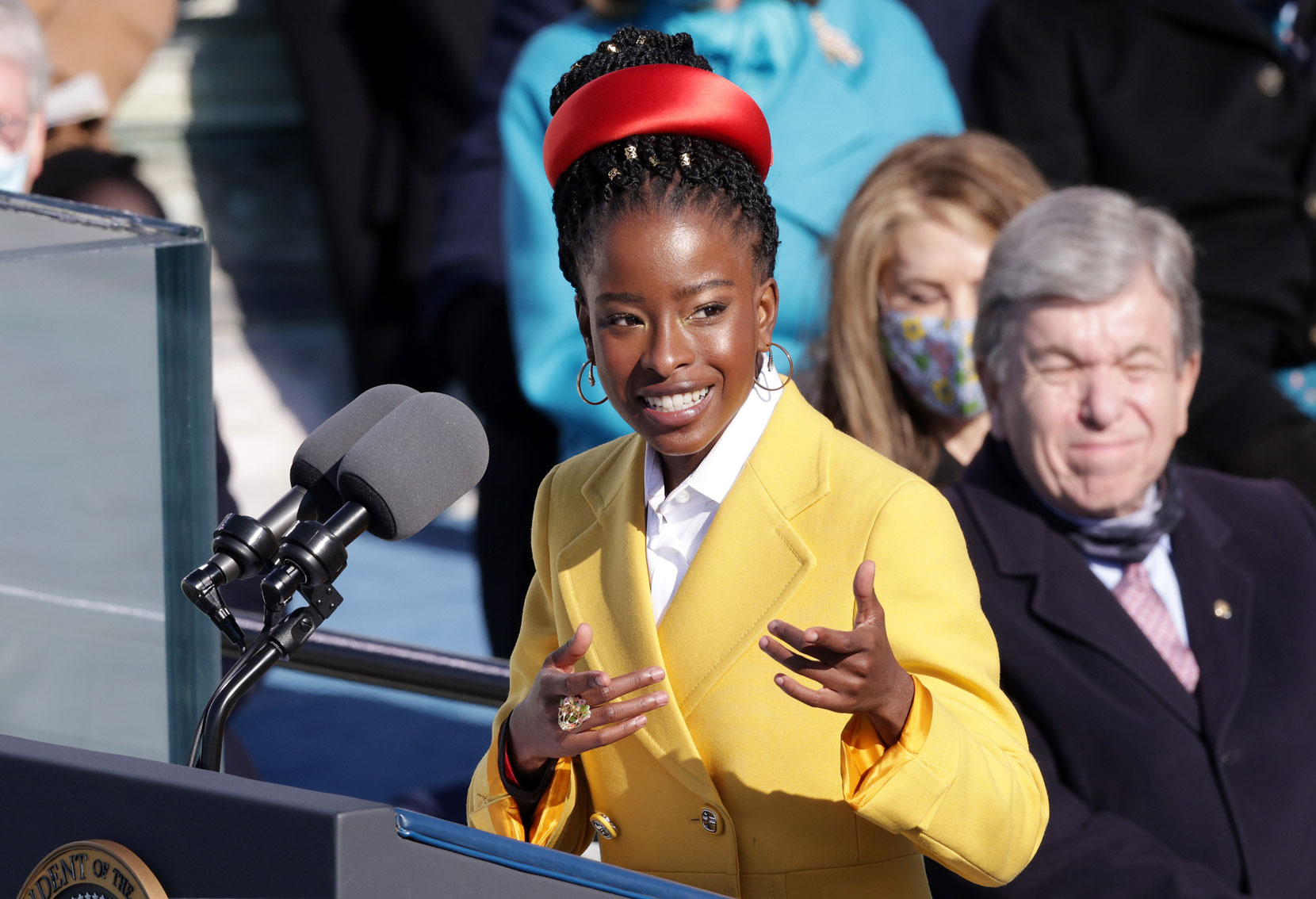 Despite her age, her words were perhaps the wisest and most poignant that have been spoken on the global stage for some time.  The poem Gorman recited, The Hill We Climb, was a moving piece of redemption and recovery, even though she had only finished the poem a week before the inauguration.  She had scribbled down the last verses just days after watching with the rest of the world as Trump supporters stormed the Capitol.  Her line: “we’ve seen a force that would shatter our nation rather than share it” succinctly told the story of that grotesque attempt to derail democracy, while inspiring us as only a poet like Amanda Gorman can with the line: “our people diverse and beautiful will emerge, battered and beautiful”. 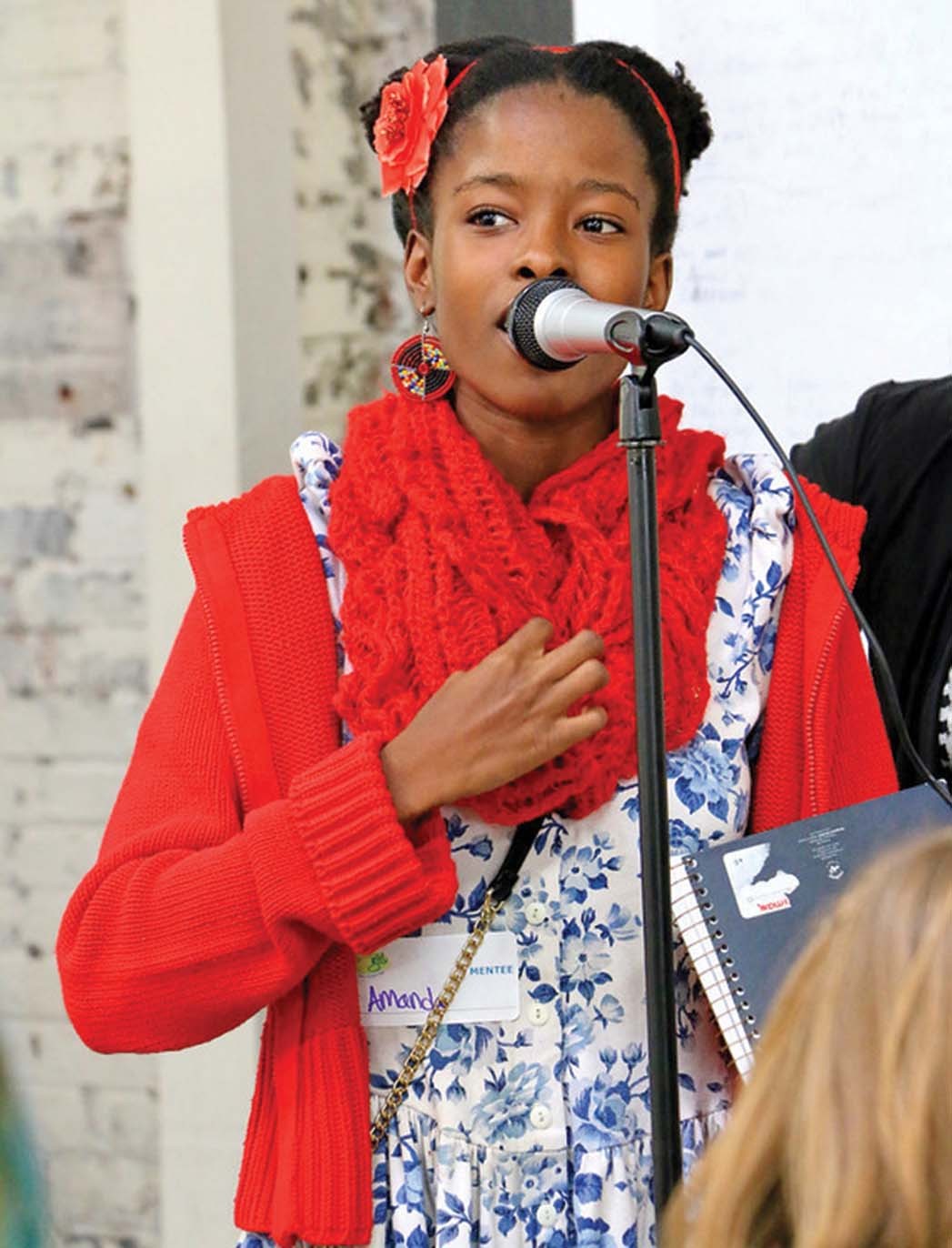 Gorman has emerged to the world as not only responsible for flooding the streets of America with optimism, words of hope and wisdom; but also as a role model, a teacher, and a fashion and cultural icon – a Maya Angelou for a new generation (if Angelou had also signed with IMG Models at the beginning of her career)?  That’s a lot of weight on young shoulders.  You can see how she carries it when she performs a new poem at the Superbowl in Florida this Sunday.

Read more in Culture on the new book of Madonna images here.