The British designers wows the centre of French chic

With speculation still rife about which of the current open seats in fashion Grace Wales Bonner might choose to fill, the British designer took her extraordinarily creative eye to the salons of the historic Hotel D’Evreux at Place Vendome for the Wales Bonner menswear AW23 collection at Paris Fashion Week.  It also marked the first of two times during the week that the epicentre of French luxury would be exposed to the sunshine of a Caribbean – specifically Jamaican – fashion aesthetic.  The treat was how it was perfectly interwoven with other black cultural touchstones from near and afar. 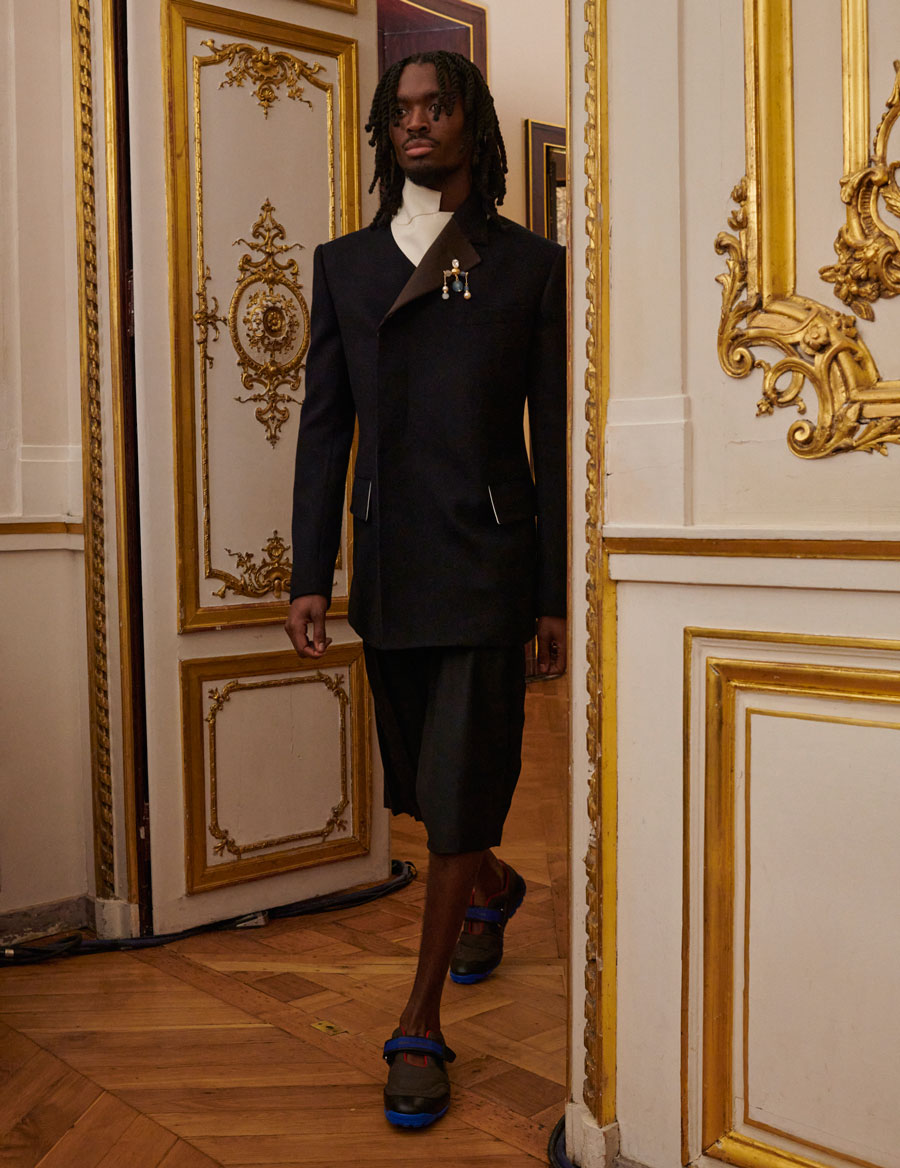 Paying homage to the black intellectualism and cultural dialogue of past famous visitors to Paris like James Baldwin and Josephine Baker, crisply precise men’s coats and smoking jackets with chocolate brown accents mirrored the browns of the exquisitely simple shift dress and fluid dress-cum-overlong open weave top that came after it.  Each look was adorned with a sparking Swarovski brooch (seen throughout) to catch the eye in subtle nods to the once opulent travels of the Maharaja and Maharana of Indore. 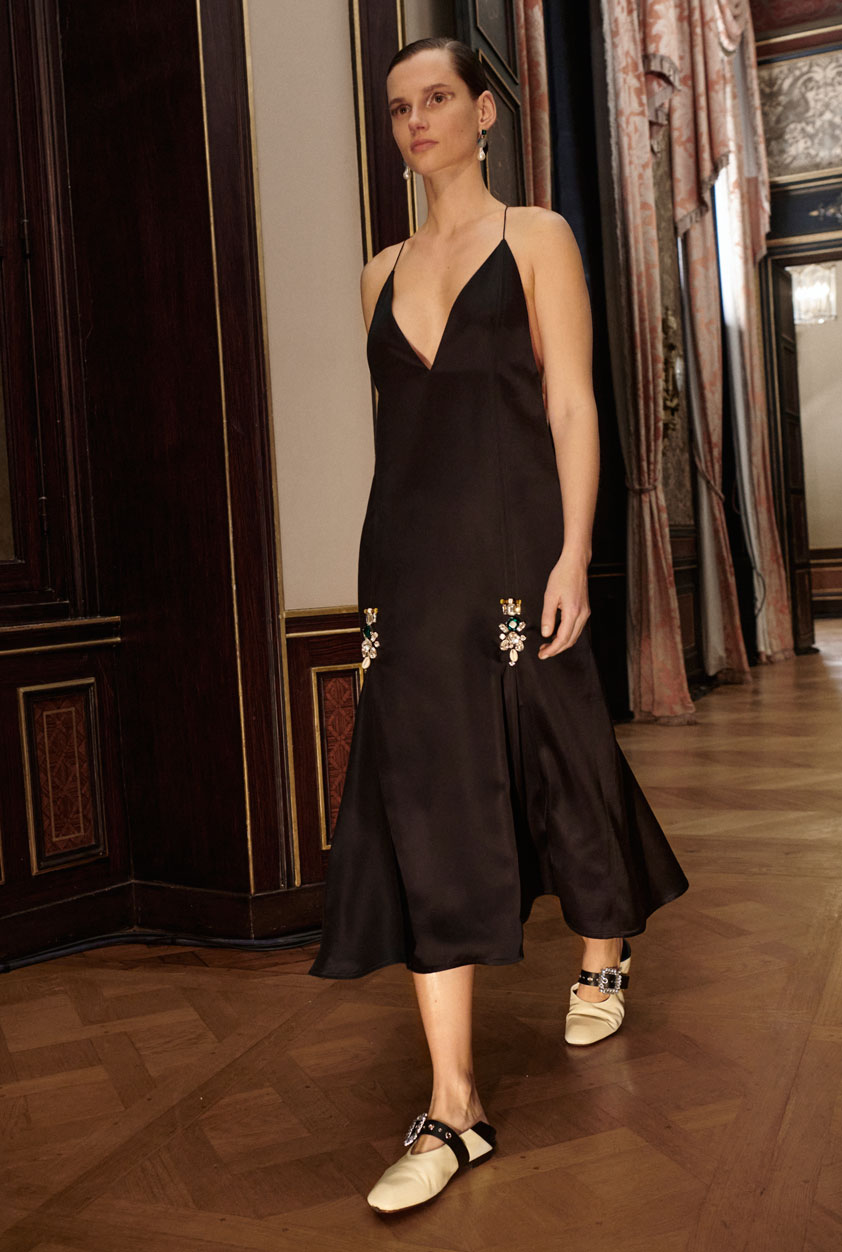 Collegiate sports jackets emblazoned with the legend Sorbonne 56, celebrated the First Congress of Black Artists and Writers attended by notable figures like Aimé Césaire, Alioune Diop, Frantz Fanon, and, of course, James Baldwin himself.  Perhaps even without realising it, we were all watching (a type) history in the making. 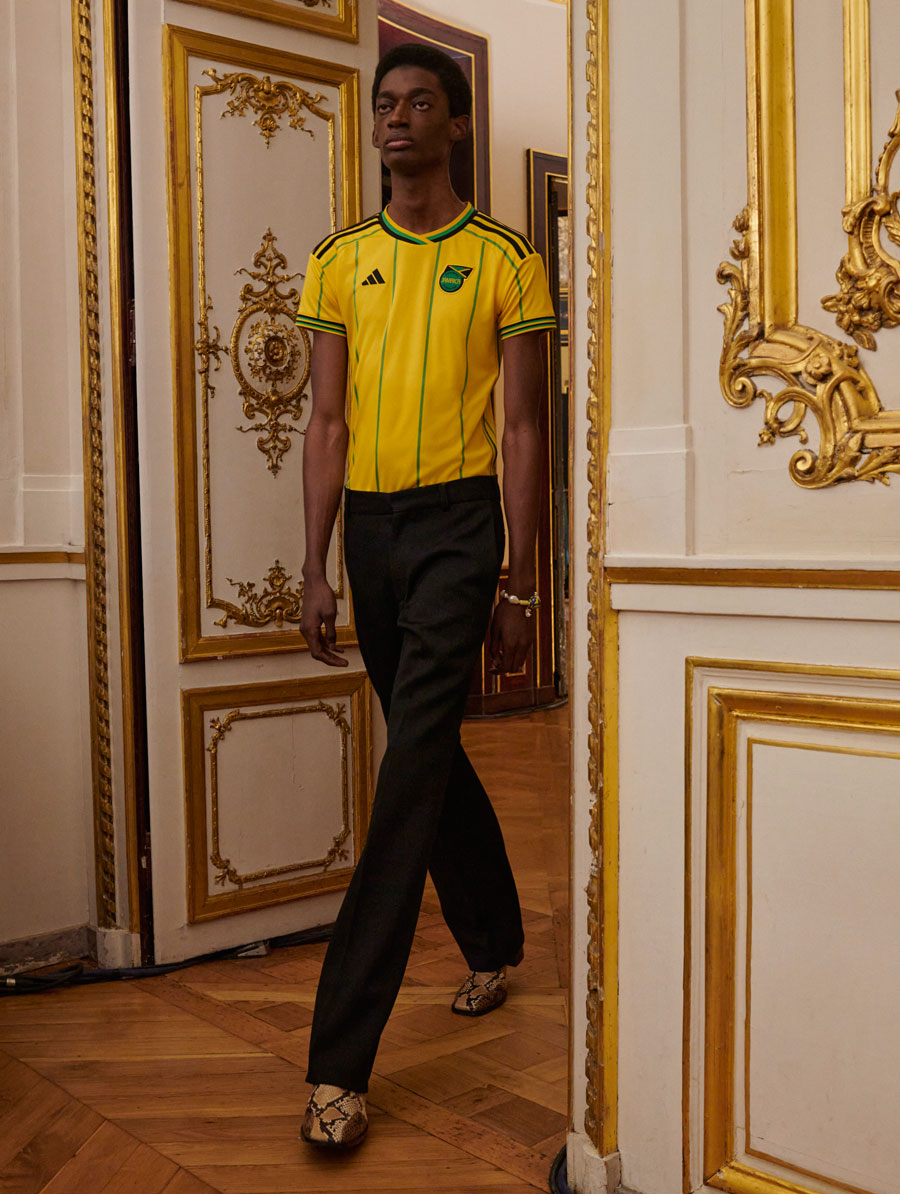 The sport and history theme continued with the knowledge that Bonner had also designed the new official kit for The Reggae Boyz, the Jamaican national football team, under her collaboration deal with adidas Originals.  A testament to Bonner’s ability to merge all of these disparate creative challenges into one tight, coherent design narrative is the fact that these retro-inspired home and away kits didn’t look at all out of place amongst the rest of the collection.  And, after all, this was Paris; a place that is quick to let you know when something isn’t working.  Yet here it was only adulation to follow the wonder by the end. 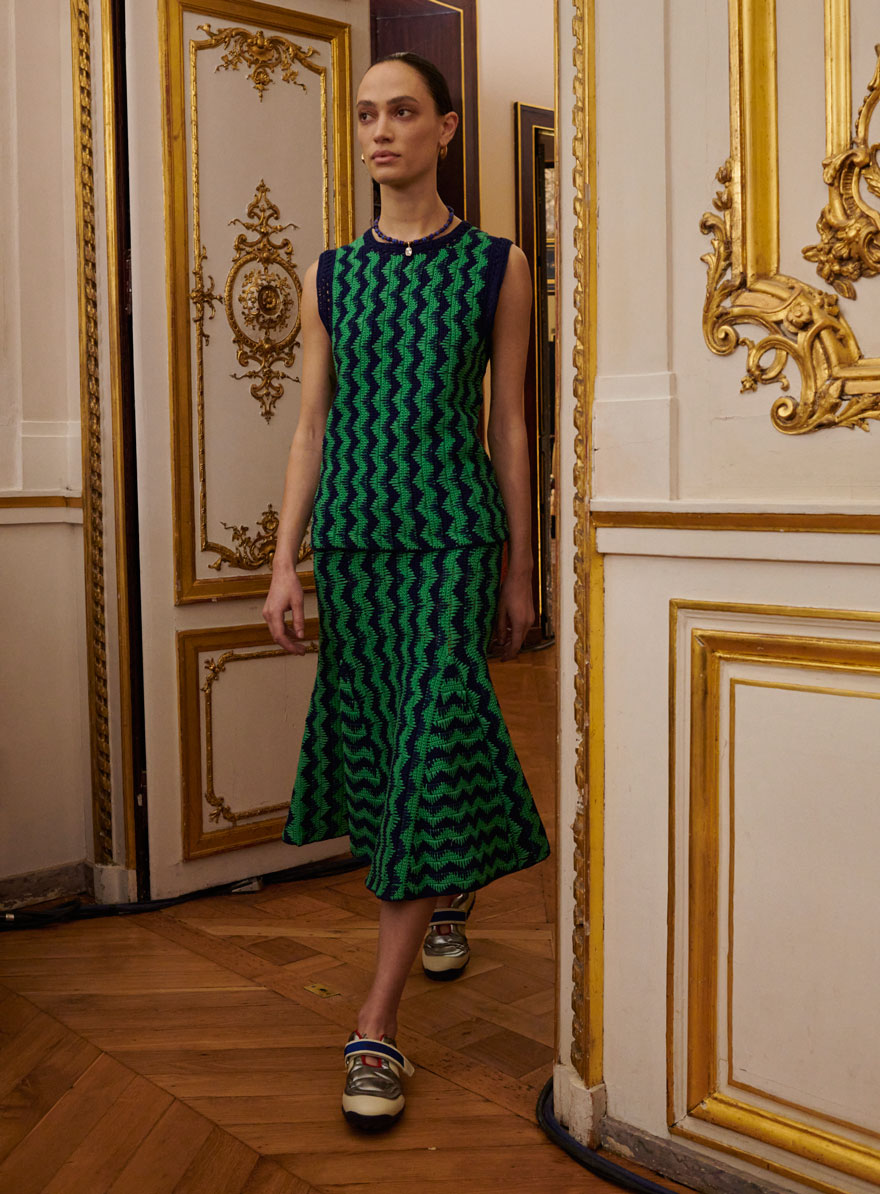 Colours told their own stories, with the navy and green zigzag pattern on the sleeveless top and matching fluted skirt, or with the blue and green oversized striped silk shirt and matching skirt worn over sweatpants and shell-toe sneakers.  Golden yellows, a feature of the Jamaican national flag, were seen in crocheted tops and fabulous tiered skirts.  Pale blue brought the croc-pattern leather trench to life, while pale pink added a softness to the matching overcoat and hat. 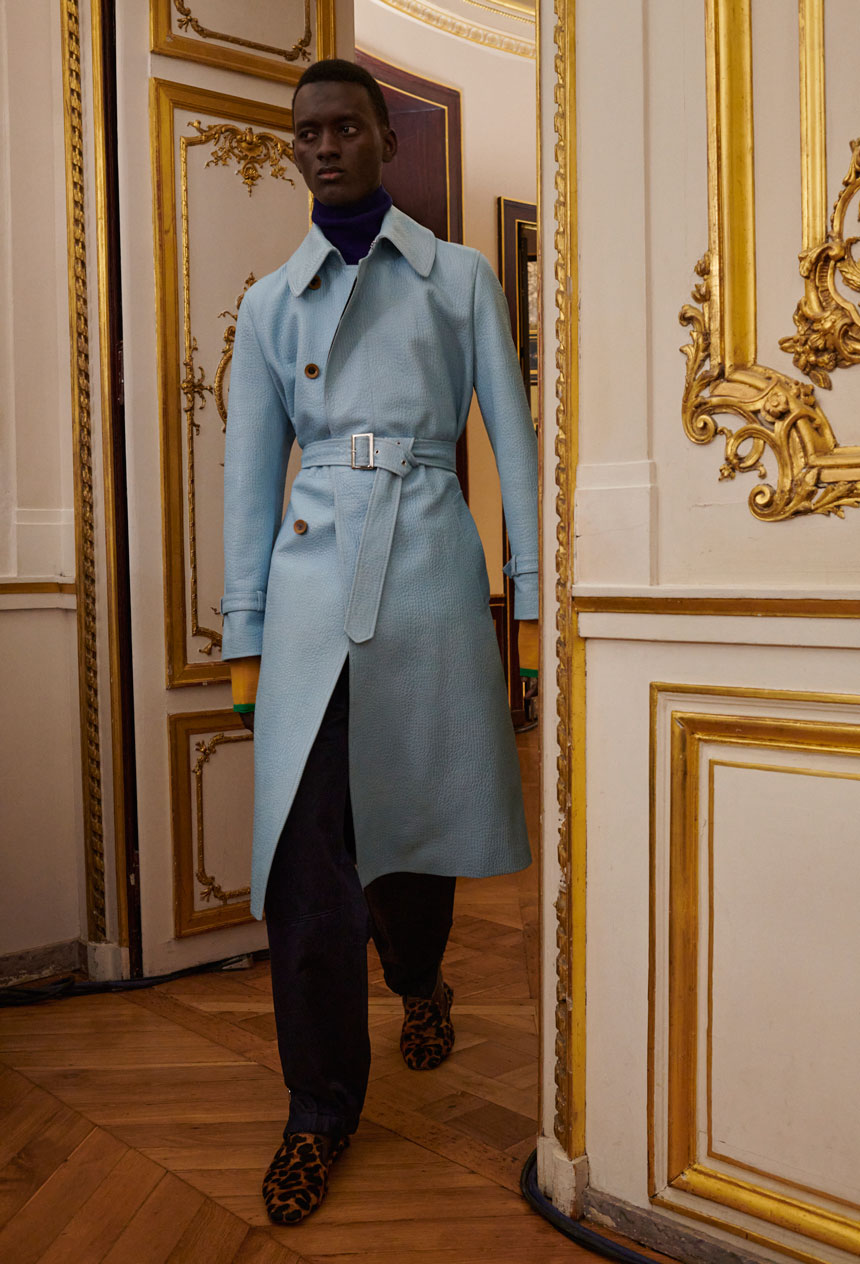 When all was said and done, Wales Bonner had shown Paris, and the world, exactly how we all should be enjoying our own little Twilight Reverie this winter.