Hollywood.  “Nine letters dripping with desire”, writes Alessandro Michele.  It acknowledges Gucci’s symbiotic relationship with the “jet-set, artists, and cinema” and the American film industry’s personal influence on Michele as a designer.  For the Gucci Love Parade he was, of course, compelled to present the show on the Hollywood Boulevard.  What followed was a luxuriously ambitious spectacle reminiscent of promenade Ancient Greek theatre and Roman processions. 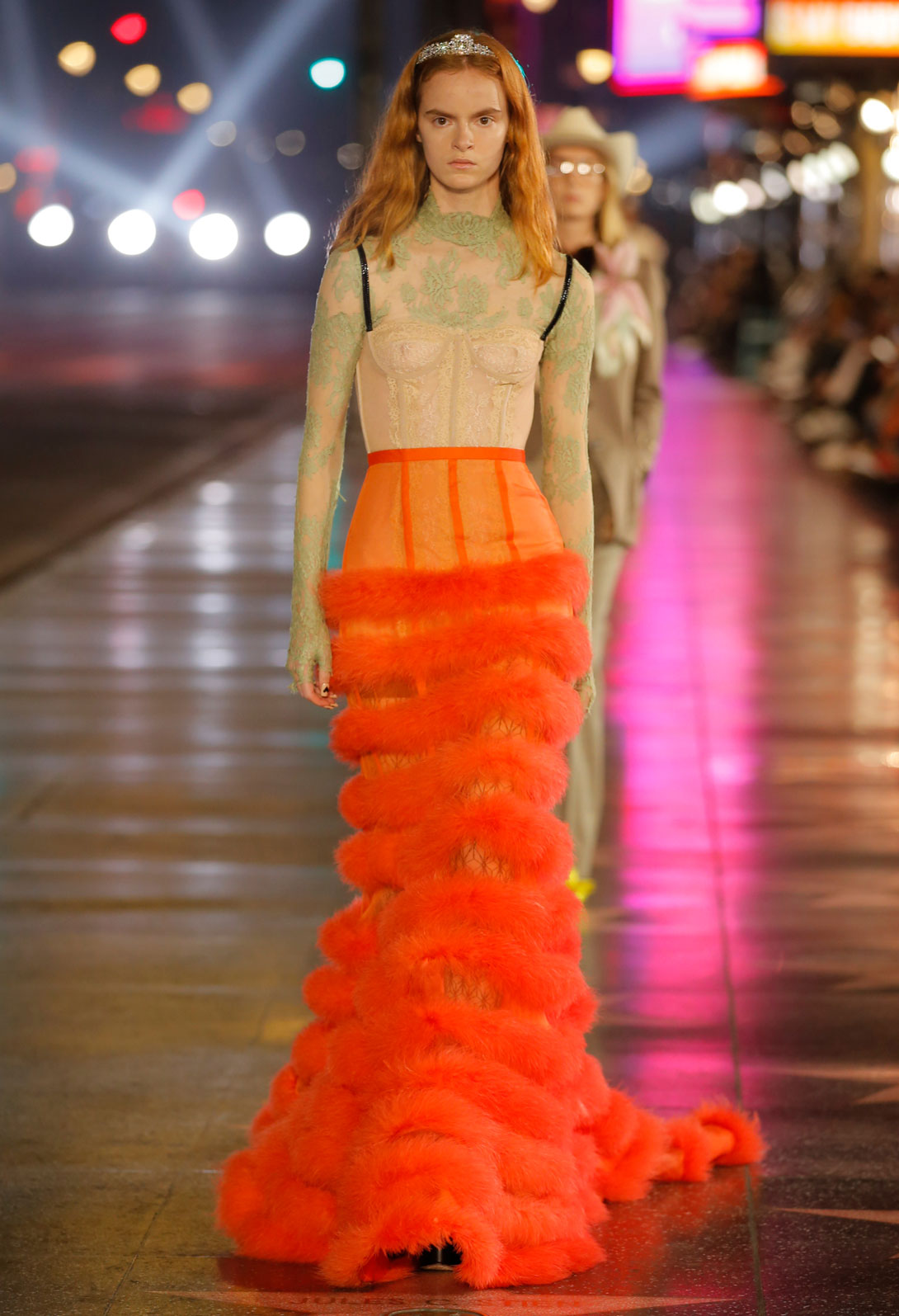 As a stage, the Hollywood Boulevard is magnificent; a mythical playground of lights and neon artifice.  Shutting down access to the area may be a common occurrence with red carpets regularly stopping traffic, yet it is rare for the materiality of the boulevard to be so celebrated in the realms of high art.  For premieres and award shows, red carpets shroud the concrete.  Here, the fluorescent signs of Hard Rock Café and The Hollywood Experience were edited out of frame and a spectacularly lit studio set was built on the everyday streets. 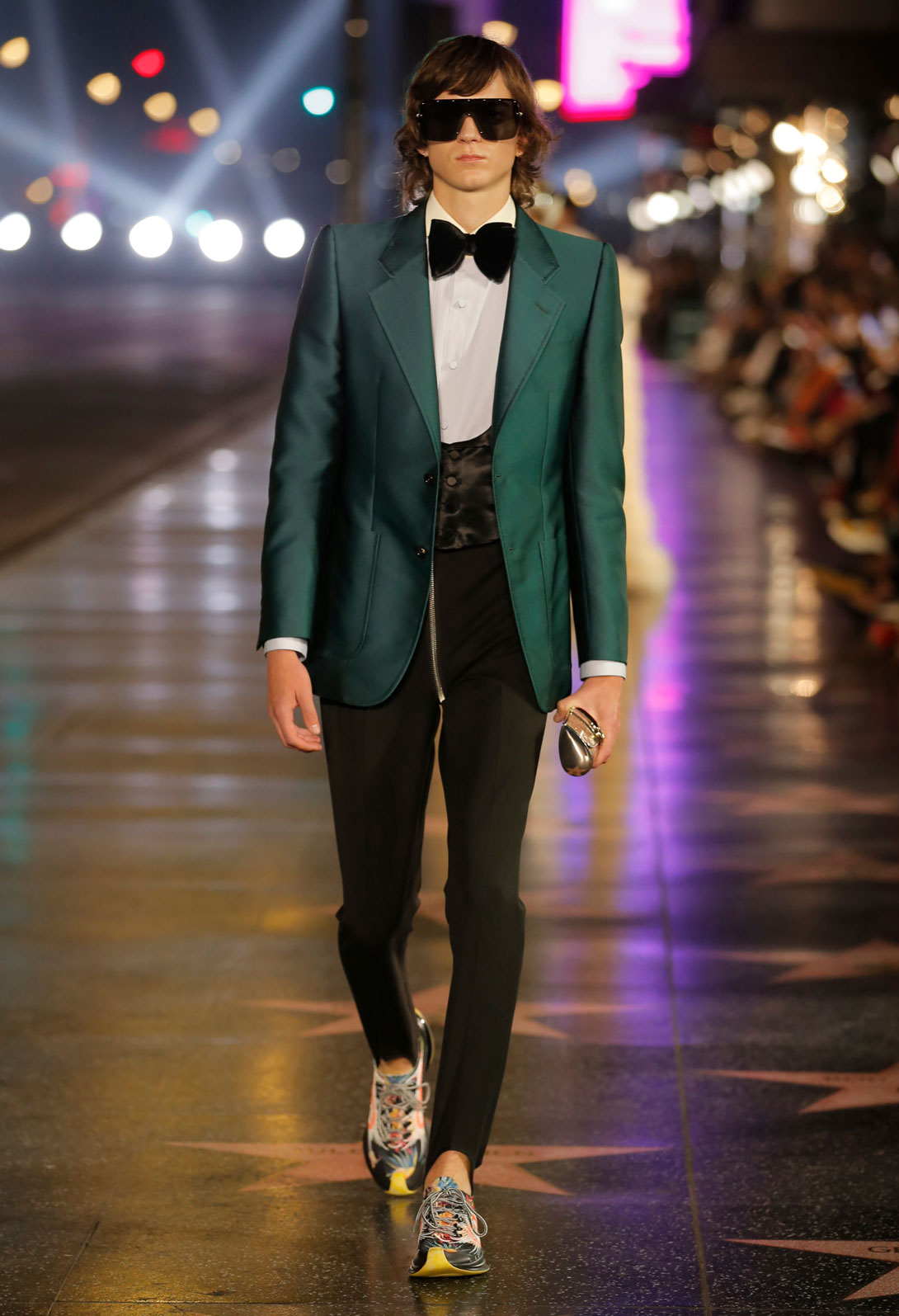 It is in this same dialectic that Michele finds the actor and celebrity as “demigod”; divine and mortal, “both the imaginary and the real” at the same.  For Love Parade, the ‘celebrity’ was both the invited guest and the catwalk model.  From design to presentation, glimpses of film history and modern fame were explored.  For the first half of the show, there was a dreamlike voyeuristic exploration of the invited guests.  We saw Billie Eilish, Miley Cyrus, Lizzo, Gwyneth Paltrow and Tracee Ellis Ross, amongst a host of others, unconsciously captured to the sounds of a classic Hollywood overture. 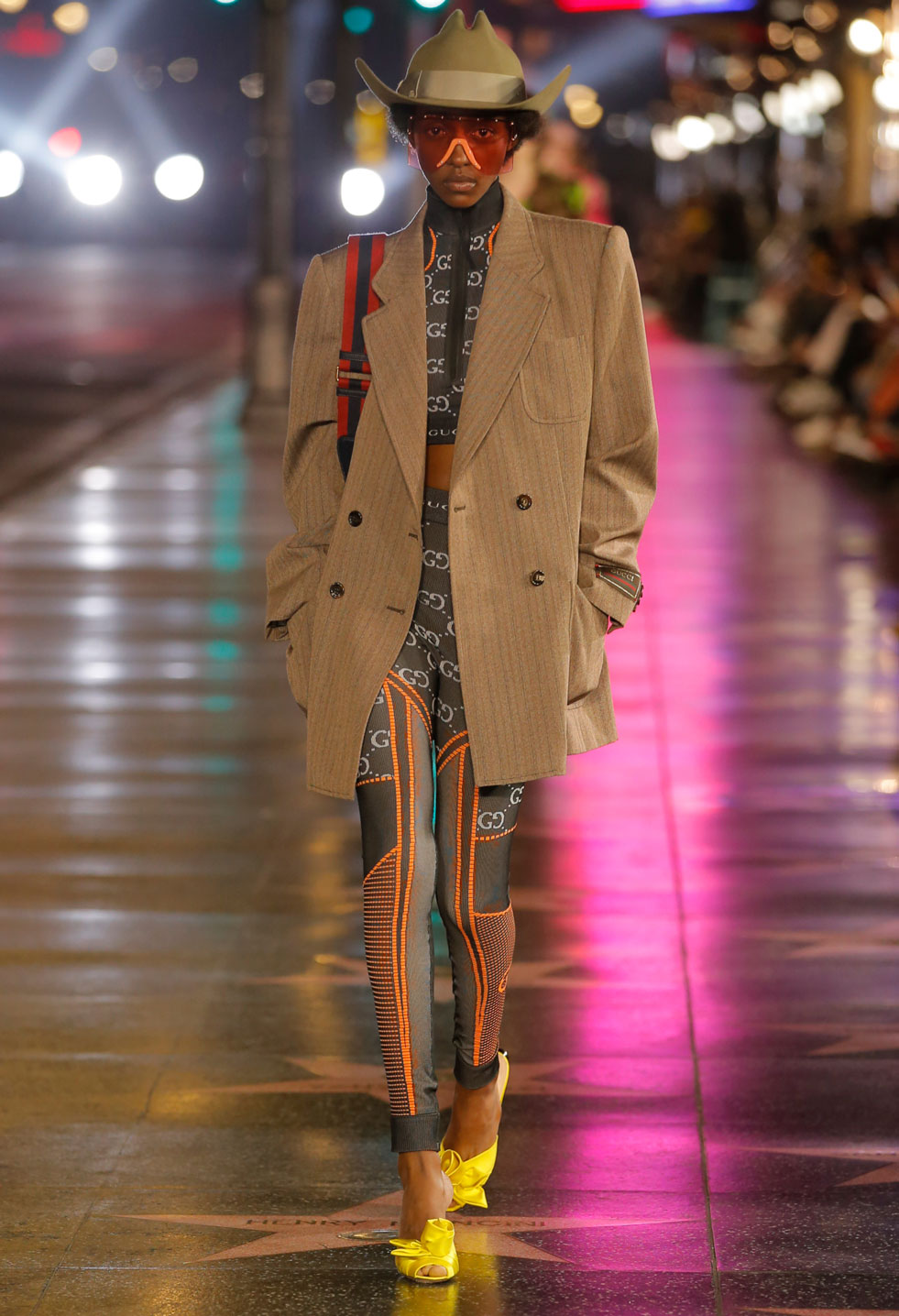 The distorted strings of Björk then announced the beginning of the official reason why we were all tuned in.  Guests relaxed into oversized directors chairs on the sidewalk and Gucci heels began to click on the constellation of Hollywood Stars.  For Gucci SS22, a material history of on-screen costuming and red carpet decadence was revealed anew.  Beaded ball gowns met revealing mesh panels, and traditional bodices were deconstructed and reformed.  Whimsical moments saw John Wayne-style cowboy hats featured alongside bolo ties recast in oversized velvet forms.   The much-forgotten boutonniere was reimagined throughout as an indispensable maximalist feature, with oversized and form-fitted tailoring shifting across the masculine and feminine silhouette.  It was clear that avant-garde new romanticism found fresh ground for spring. 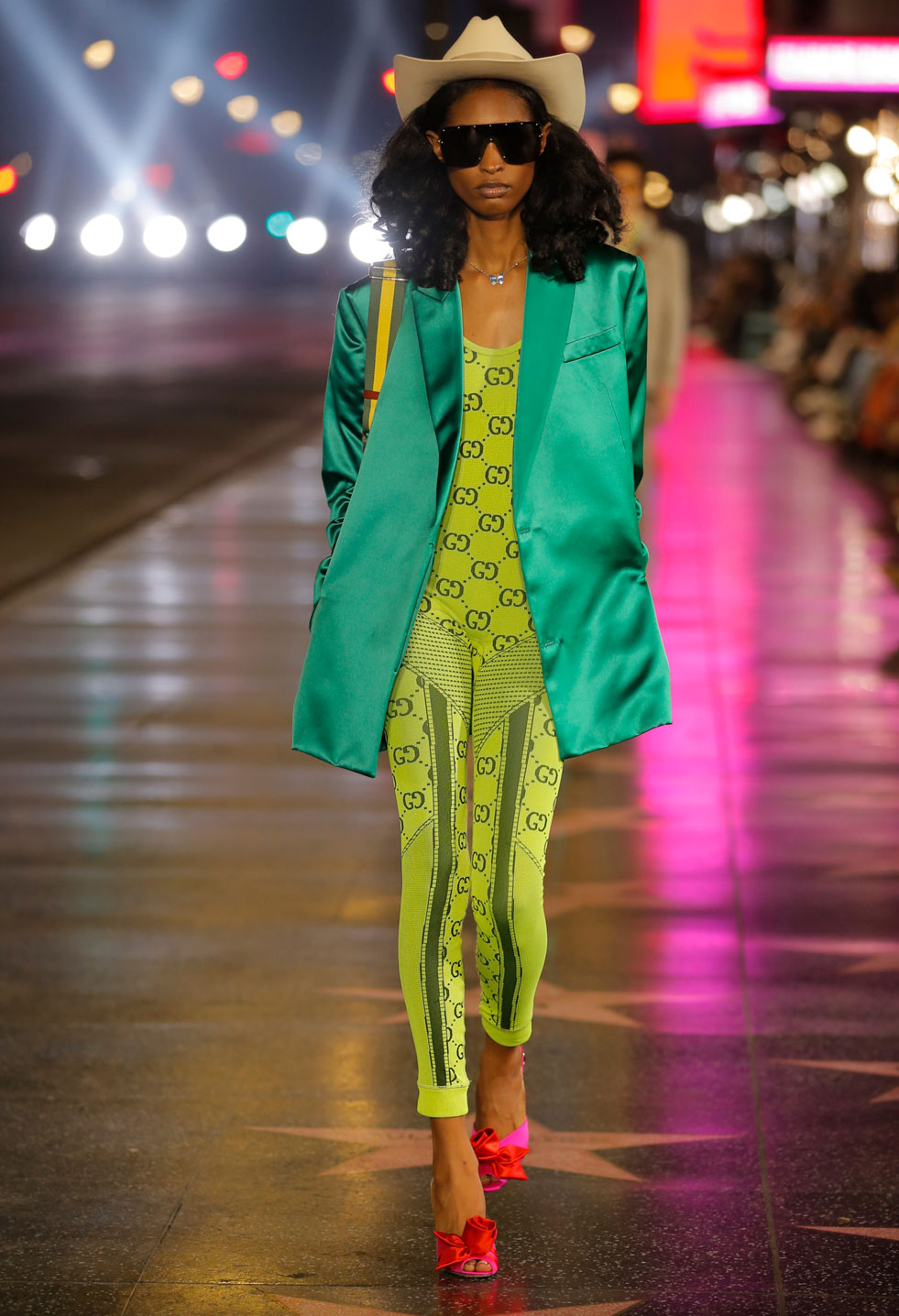 Click here to read our last feature on Gucci