A few weeks ago we dived into the womenswear incarnation of this Alexander McQueen menswear S/S2021 collection.  When viewing both collections as an entire body of work there there is an interesting approach to symmetry that might not be readily apparent at first glance.  All designers that design both men’s and women’s collections naturally have underlying themes that ties everything together each season and it would be odd, if maybe not unprecedented, to see two completely distinct stories coming from the same pencil.  In that respect there’s nothing unusual about Sarah Burton’s summer season.  However, side by side there is something noticeable to the collections that adds another extra sliver of creativity to next summer. 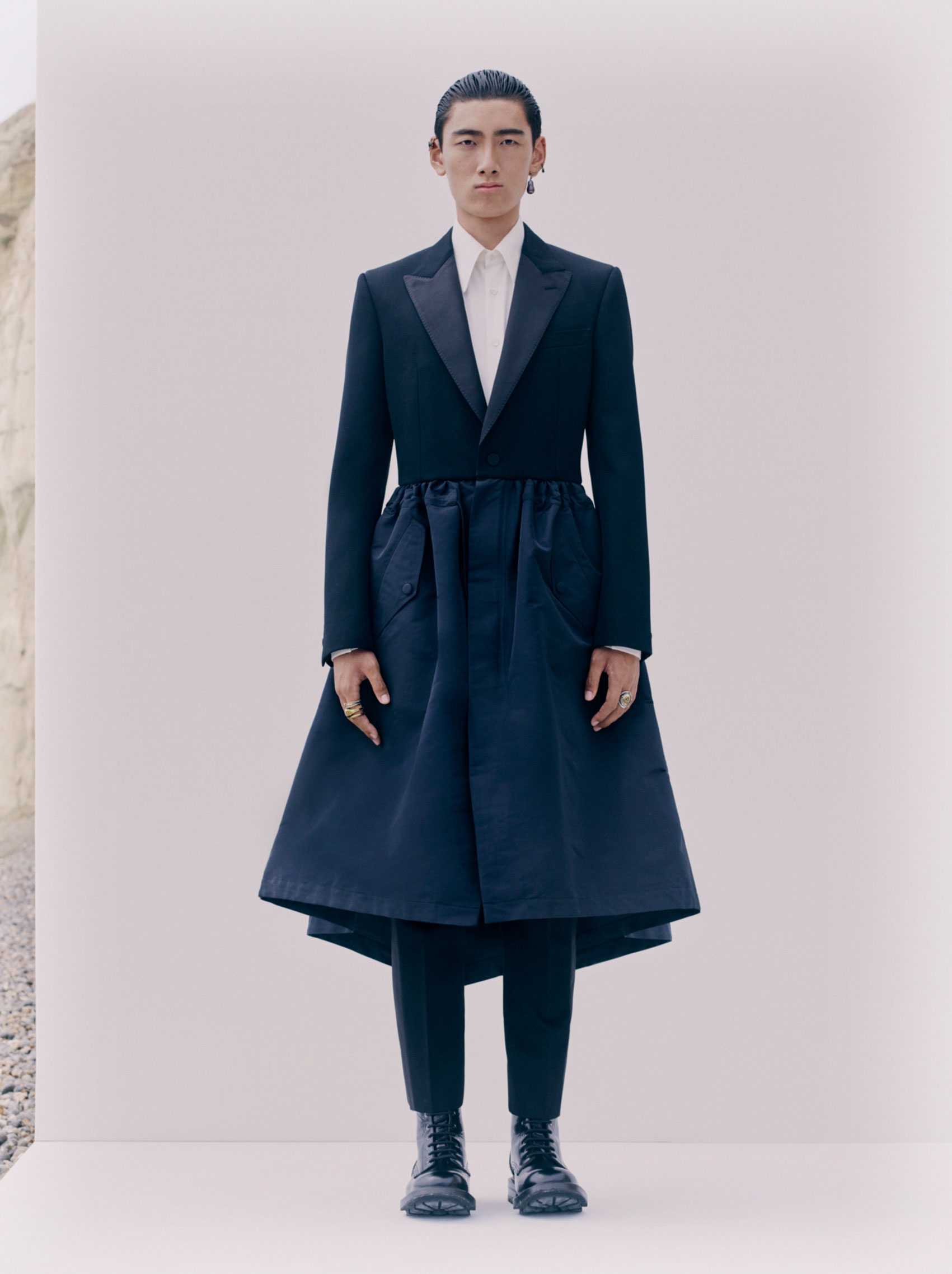 Both collections tell the same story – perhaps even exactly the same story – but as though each story was being told from two different dimensions a few degrees out of sync with the other.   For example, feminine silhouettes like the black, exploded volume, washed silk skirt and formal white shirt now gets a masculine twin in the form of black tuxedo suit, worn with a formal white shirt, where the tuxedo jacket morphs into a parka skirt to mirror the shape of its sister.  The same is true of the of the pink and mat black, off-the-shoulder drape dress whose beautiful colours have been replicated and cleverly inverted in the men’s single-breasted overcoat.  Innovative, unique and yet, already somewhat familiar.  It’s almost like we’ve already been softened up! 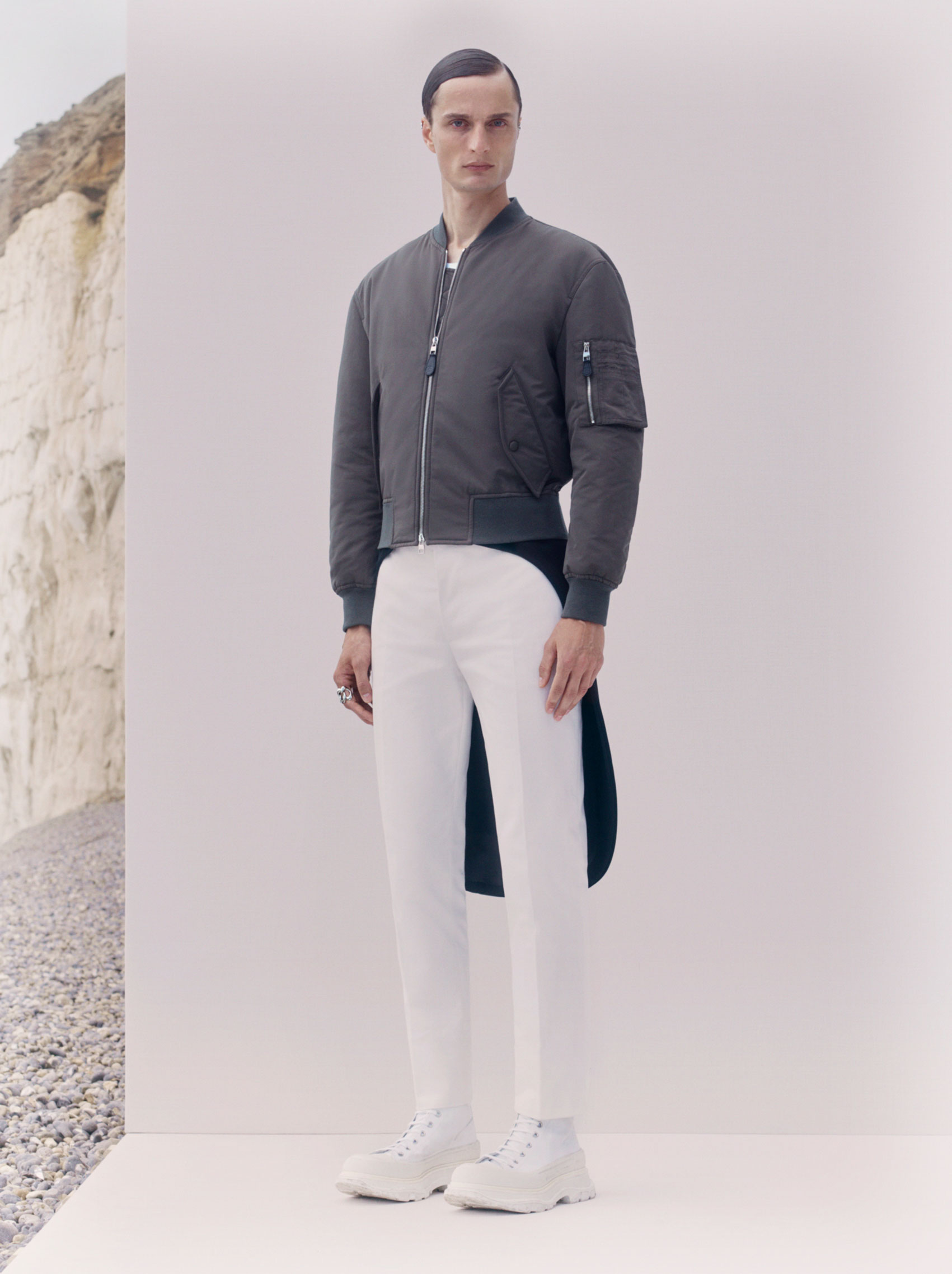 Sometimes the symmetry is front and centre:  the sharply cut single-breasted suits that graduate from pink to burgundy in the men’s version and pink to deep purple in the women’s version are just a few of the looks from each collection that act as occasional Einstein–Rosen bridges between the two parallel dimensions.  And even though the same creative destination is the same, each might take their own route in getting there.  So a simple staple like a man’s bomber jacket comes with a long morning coat tail attached.  Or there’s the single-breasted, single-buttoned suits dramatically tapered at the jacket waist to highlight its equally dramatic cut-out back.  Sometimes the men’s collection takes on a sudden and completely new tangent, as with the very bold black and white graphic print suit.  Sometimes we’re back on map, as with the sumptuous and cool double-breasted, black leather jacket. 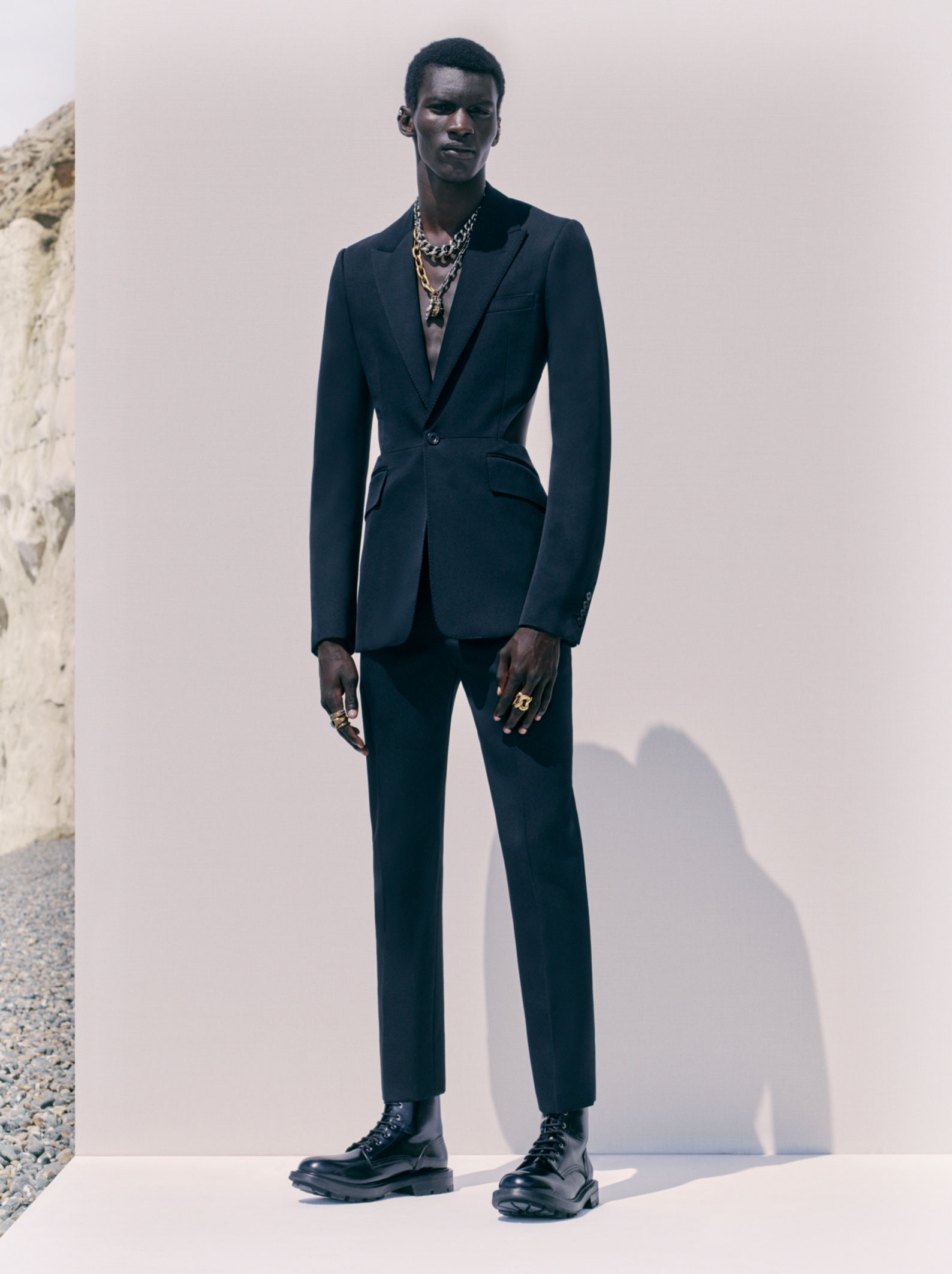 There are some that might get to this point and wonder why this collection (as with the womenswear collection before it) is part of our ongoing Sustainable series.  And, in a very real sense, that’s kind of the point.  The fact the these collections were predominately made from over-printed, over-dyed and renewed stock fabric will always be just a happy bonus when the finished products are this inspiring.  However, it’s still a bonus most of us want and some think is necessary to have.  The Alexander McQueen menswear S/S2021 collection proves there doesn’t have to be any compromise in giving the people want they want. 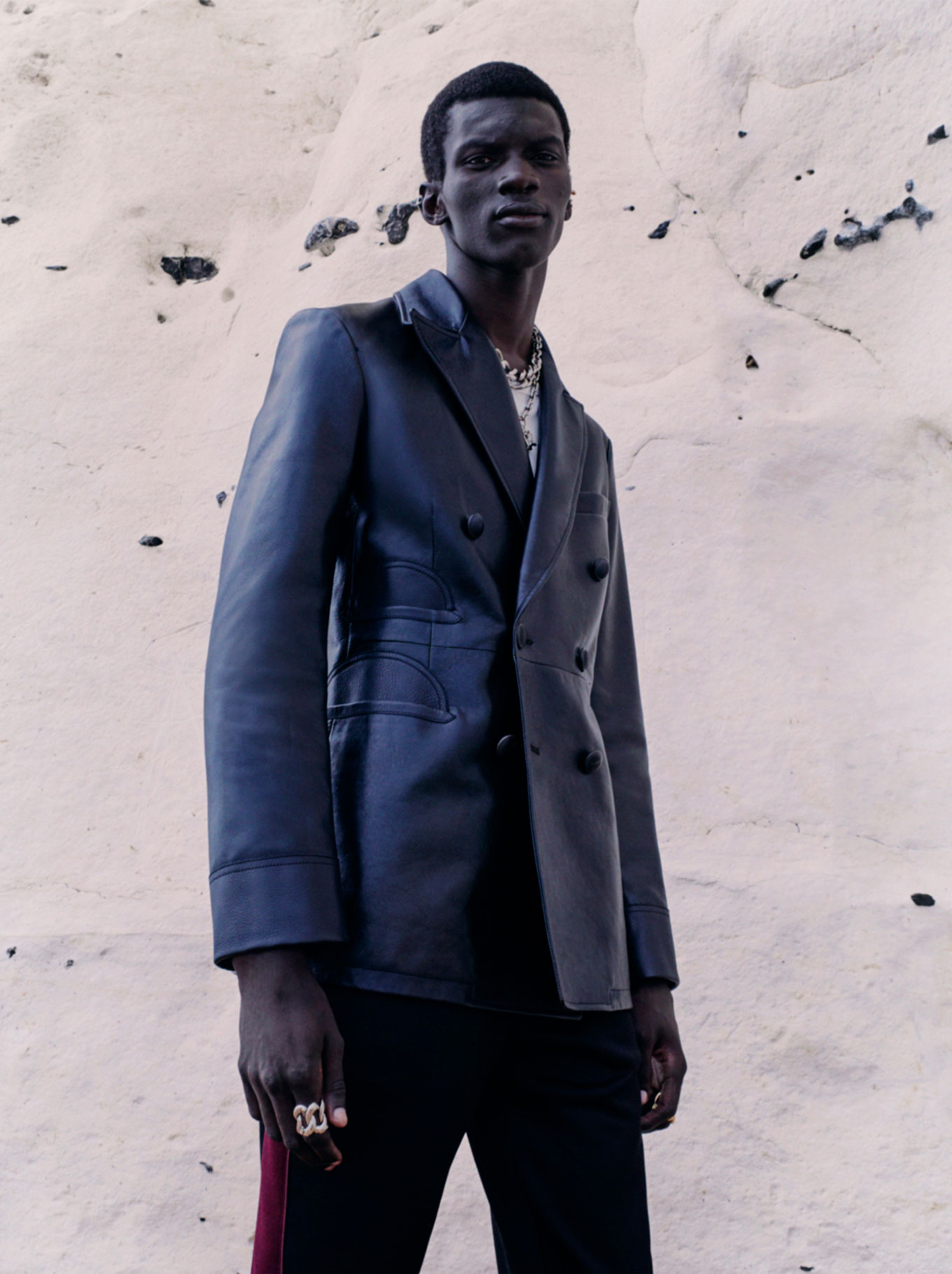 See more of the looks from this collection by following us on Instagram today.