Jean-Paul Gaultier is a fashion child of the 80s era that also ‘gave birth’ to that other mad scientist of the catwalks, Thierry Mugler.  Unlike Mugler however Gaultier hasn’t split up with fashion just quite yet.  Most people who know the business (but are just too busy to admit their age) have fond memories of JPG’s plain insane appearances on the bizarre pop culture show of the 90s, Eurotrash on Channel 4.  Presented by Antoine ‘is he really speaking English?’ de Caunes, Eurotrash helped to make household names of people like Graham Norton, Victoria Silvestedt and Carla Bruni.  The show also helped to make JPG – an irregular co-presenter and contributor at the time – the face of French fashion for a wider UK audience.  Of course, for those of us a little more steeped in the ways of the catwalk, we really associate him with the memorable snapshots of fashion and culture history – like the famous canonical bra outfit from Madonna’s Blond Ambition tour in 1990 or completely dressing Luc Besson’s 1997 space opera, The Fifth Element. 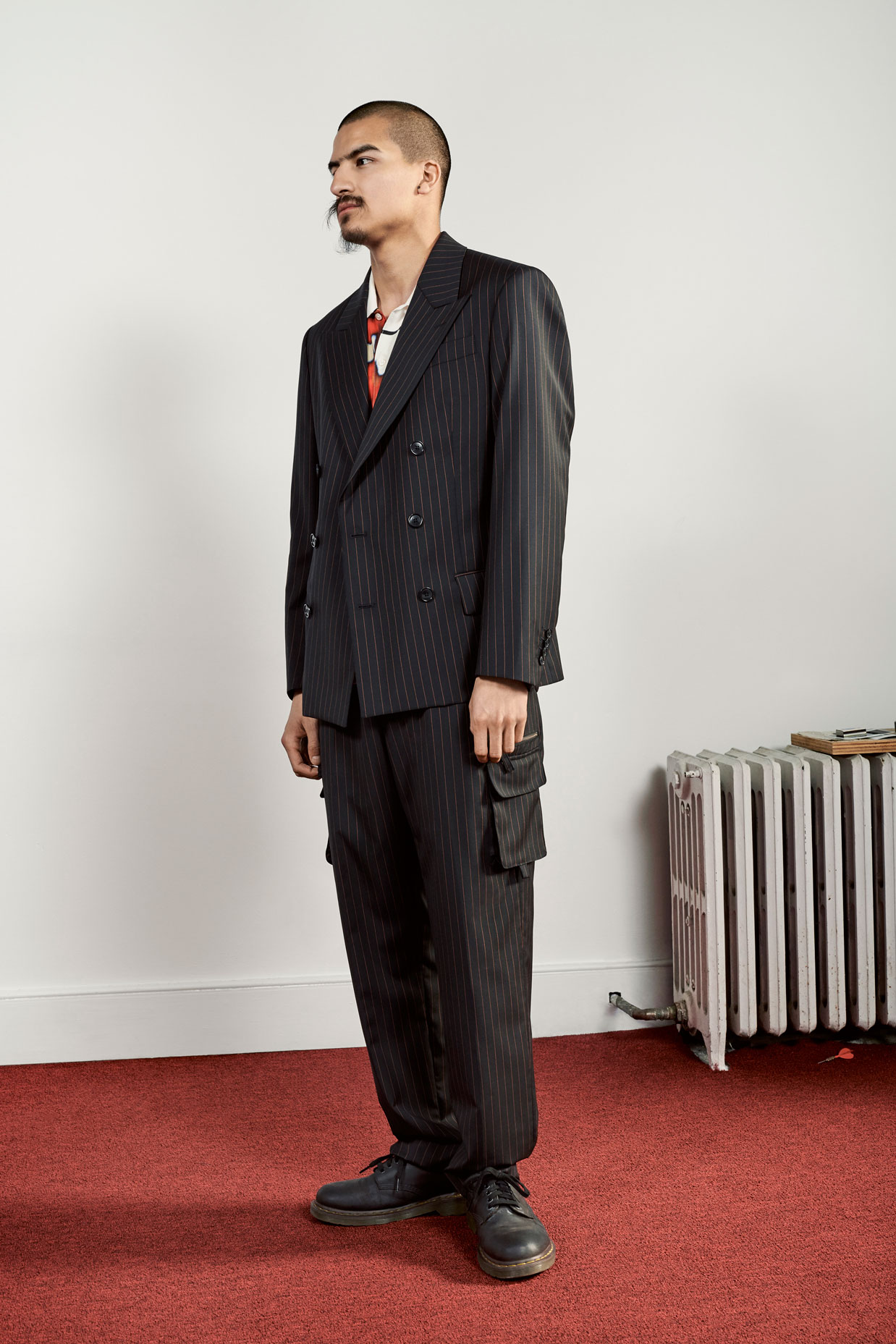 It would be fair to say that none of this mirrors the rise of Supreme as an influential force in global fashion.  The notoriously media shy American/Brit James Jebbia started the label after a ‘street’ apprenticeship in Soho, NYC, working under the likes of Shawn Stussy and Undefeated co-founder, Eddie Cruz.  Suddenly those urban streetwear influences begin to gain context and meaning.  Despite the heavy apprenticeship it wasn’t until 1994 that Supreme opened its first store in Manhattan.  The store soon became a hub for New York counter culture, catering to sub-genres like skateboarding and punk rock and graffiti artists and hip hop.  The word at the time was, if someone really didn’t ‘belong’ there everyone else in the store could smell it on them. 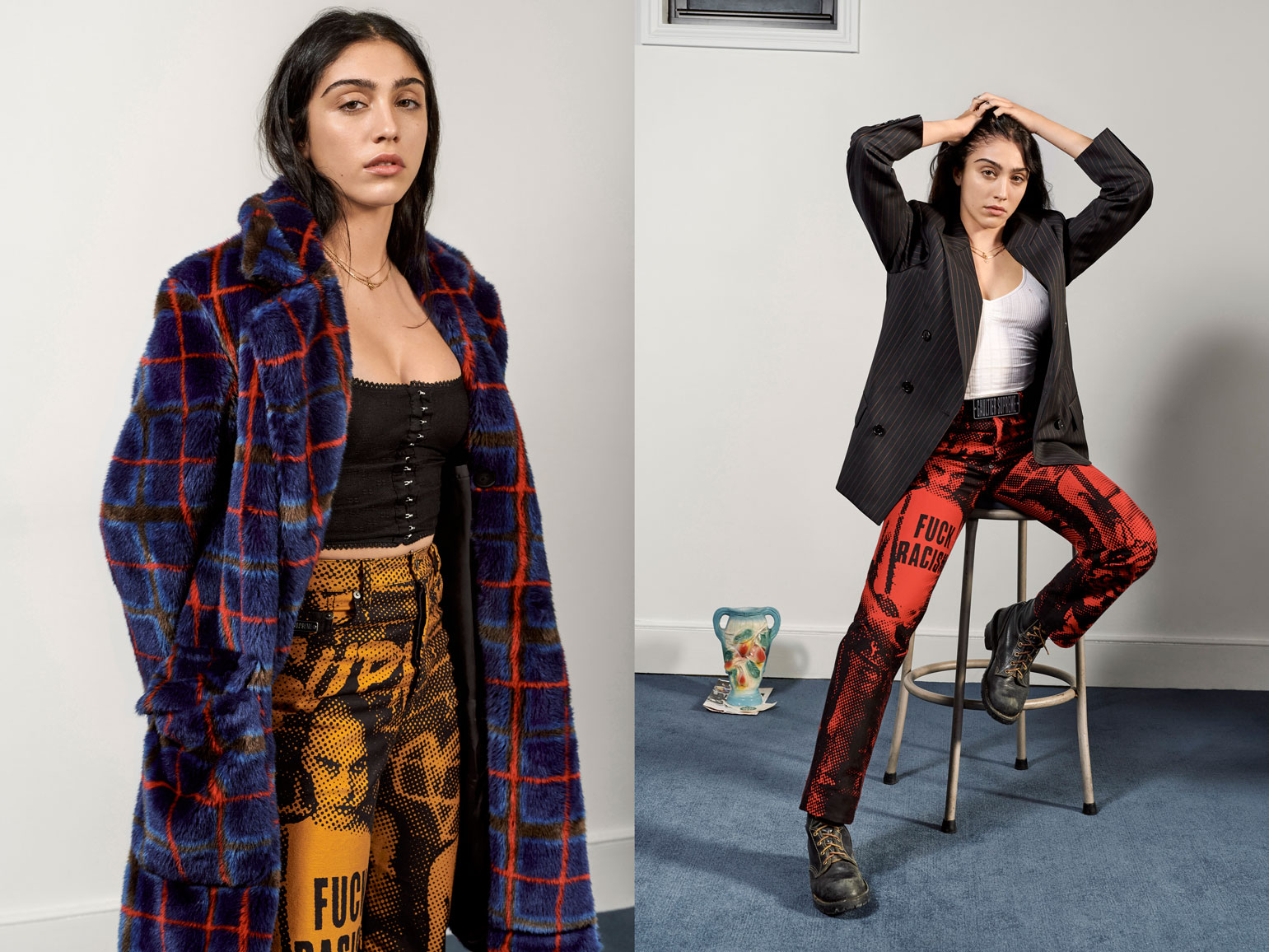 Two fashion brands with wildly different histories and philosophies.  On paper a collaboration shouldn’t really work.  But that was also the prevailing sentiment when Supreme launched capsule collections in the past in collaboration with the likes of Comme des Garçon, Louis Vuitton and Thom Browne.  Now collaborating with JPG, the new iteration brings a piece of each history to life on one canvas – with cargo style pants suddenly finishing off a men’s pinstripe double-breasted suit or jeans and jackets in graphic novel colours adorned with in-your-face street images and messages like ‘Fuck Racism’ (our particular favourite). 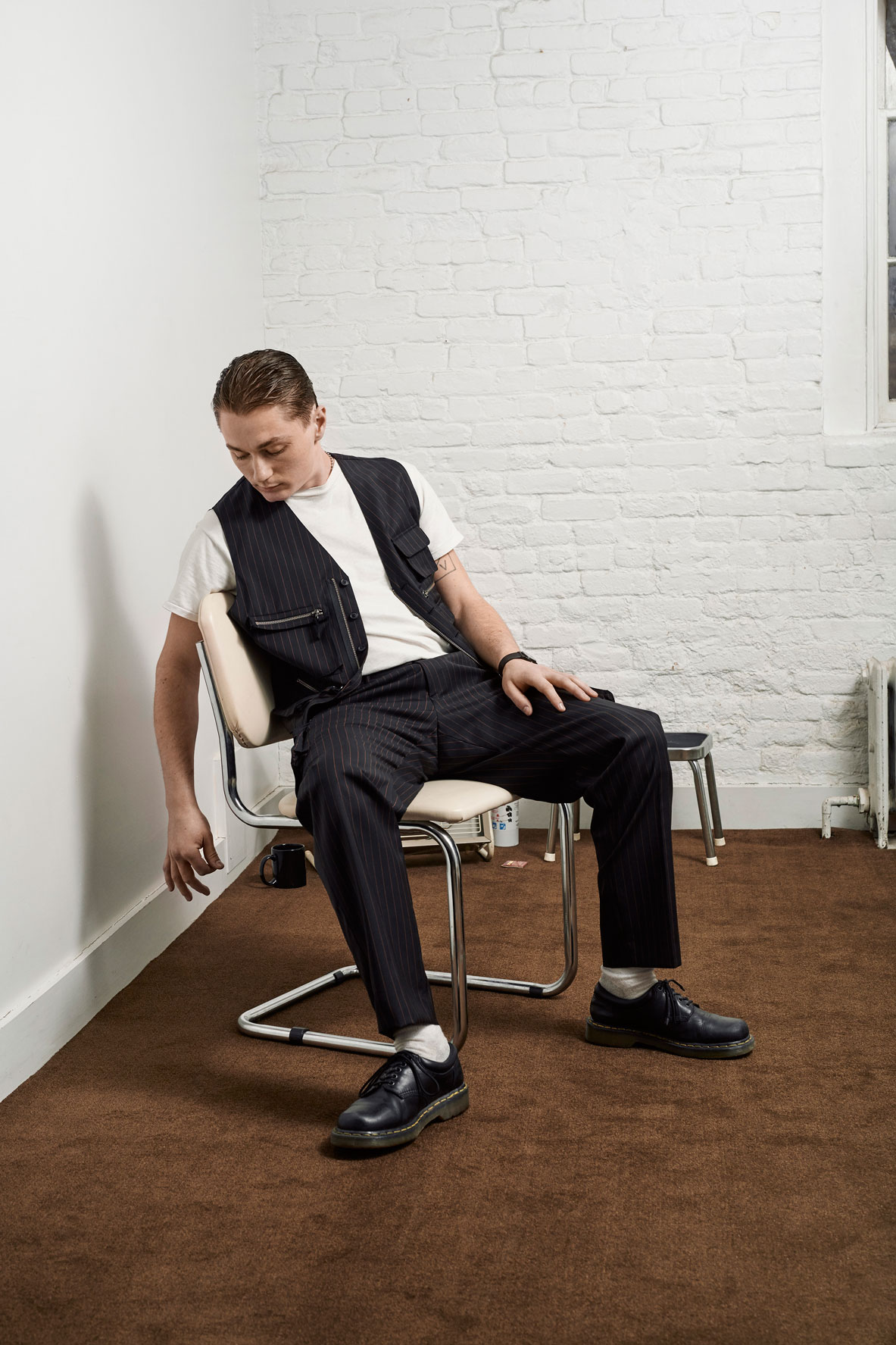 And as a final meta-cherry on top, the collection launched yesterday (11th April) with a shoot featuring Lourdes Leon, Moadonna’s eldest daughter.  There’s pedigree all over the place here and anyone passing a Supreme store, IRL or online, just might find themselves caught up in all the history and the art.  So give yourself 10 minutes.  At least.

For more on Supreme by Jean-Paul Gaultier click here.