Sory Sanlé, Volta Photo and the Emergence of an Independent Culture 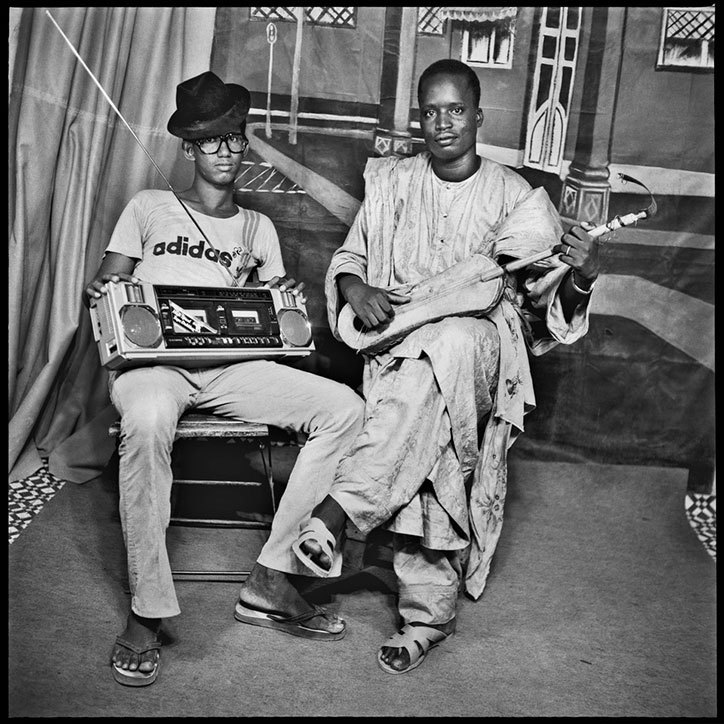 Burkina Faso photographer Sory Sanlé began his career in 1960, the year his country, then called République de Haute-Volta, gained independence from France. Sanlé opened his Volta Photo portrait studio in 1965 after having apprenticed for a Ghanaian photographer, determined to escape a life working as a farm hand. Volta Photo was soon recognised as the finest studio in the city. Voltaic photography’s unsung golden age is fully embodied by Sory Sanlé, his black and white images magnify this era and display a unique cultural energy and social impact.

Sanlé’s work examines the natural fusion between tradition and modernity. He documented the fast evolution of Bobo-Dioulasso, then Haute-Volta’s cultural and economic capital, portraying the city’s inhabitants with wit, energy, and passion. His work conveys a youthful exuberance in the wake of the first decades of many African countries’ colonial independence. In many ways, Sanlé’s subjects also illustrate the remoteness and melancholy of African cities landlocked deep in the heart of the continent.

Sanlé’s work is currently held in private collections worldwide and is also part of the Autophoto exhibition at the newly refurbished Fondation Cartier in Paris. Volta-Photo, 1965-85 is the first book published on Sanlé’s work and is released to coincide with the first solo international exhibition of his work at Morton-Hill gallery in London.

The book and exhibition are the work of French archivist, record producer and author Florent Mazzoleni who recently said, “The 60s and 70s were a time when everything felt possible. They were the happy times for Burkina Faso’s people and Sory’s photos were a way for them to dream big. He captured the smiling reality of the time; not the images people might expect of war and poverty. Sory makes everyone he meets feel comfortable,”

“His studio was tiny but really lively. People from all walks of life would come in because his prices were affordable; it was a very democratic process. There is a quote by the filmmaker Jean Renoir that applies so well to Sory’s work: ‘the more local, the more universal’. He documented his own people in Burkina Faso but he ended up making a perfect universal statement. He’s amazed that his work can steal some interest, but if it wasn’t for him I don’t think there’d be any documentation of this unique time.”

Sory Sanlé, Volta Photo 1965-85 is published by Reel Art Press in September and the exhibition will run at Morton Hill Gallery from September 14th until October 27th.