Scott Caan Rides The Hollywood Wave His Own Way 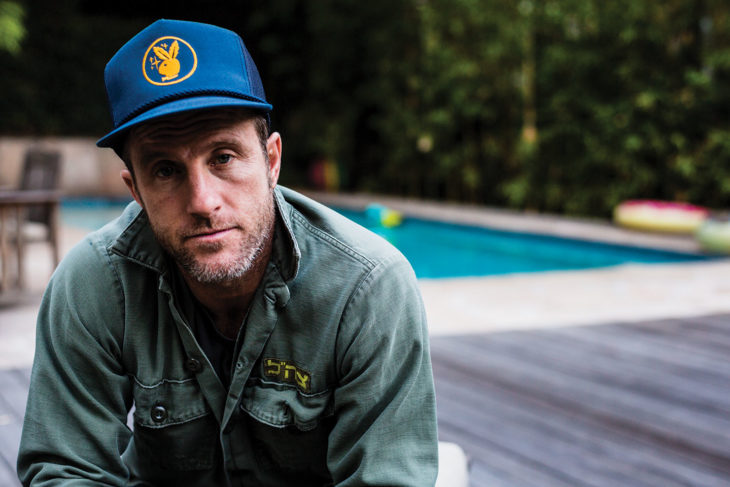 There are few actors left in the world today who you could rightly refer to as ‘legend’. James Caan is one of them. Rather than let the weight of that name drag him down Scott Caan reveals how he carved out his own piece of the entertainment world and beyond.

“I’m a high-school drop-out,” Scott Caan says, laughing all the way from Oahu, Hawaii. The 40-year-old actor and LA native is taking time out of shooting the hit CBS show, Hawaii Five-O.  Earlier in the day he visited the beach and squeezed in a session with his jujitsu instructor – as far a high school drop-outs go, he’s not doing too badly. He goes on, “I knew school wasn’t for me. Everybody in high school was thinking about what college they could go to or where to apply…and I was thinking about how not to go to the 11th grade.”

He is of course joking – in reality, Caan grew up in California as the son of the legendary actor James Caan and spent his childhood being immersed in the business of Hollywood. You might recognise him as the brash, blonde quiffed quick talker in Entourage, the crisp Turk Malloy in the Ocean’s 11 series or the slick detective Danny ‘Danno’ Williams in the long running hit Hawaii Five-O. It’s perhaps unsurprising then that he realised at an early age that academia wasn’t for him and there was an option to pursue his passion to be creative.

“My dad didn’t want me to get into the business,” laughs Caan. ”He knew it would be hard to do this job over and over again and it’s creatively hard to get excited about playing the same dude for seven years.  My dad is probably one of the most interesting people I’ve ever met.  When you’re young you don’t see your father as a legend, you just know that he’s an interesting, colourful, wild kinda cat and you think, ‘I want to be like that guy’. If you come from creative people it’s just in you.”

The creative impulse is something, it seems, that was in his blood from the very beginning. Caan has done almost everything – music, surfing, photography, acting, directing. As a teenager in the early 90s he co-founded the hip hop collective The Whooliganz with his long time producer friend, The Alchemist, after gorging on artists like Nas, A Tribe Called Quest and Eric B & Rakim.  At the time when B-Boy culture was making its way to LA from New York, Caan was beginning his love of counter-cultural art forms. “Hip hop was our punk,” he says. “It became the biggest culture in the world but at the time it was us being misfits. Graffiti, B-Boying, MCing and breakdancing was a way for us to be like, ‘we don’t wanna be on the football team, we don’t want to be on the baseball team, we wanna do this’.”

Wanting to navigate his way through the world away from the preoccupations of the mainstream is a theme of Caan’s creative life away from acting. Now, the slick aesthetic of designer surf wear and slick surfers being captured on Instagram looks aspirational but, for Caan, it was the countercultural aspect of the culture that appealed to him as a teenager back in the 80s. “Surfing and skateboarding was our way of saying ‘fuck you’,” he says. “At 15, I didn’t look up to the captain of the football team, I didn’t look up to the guys getting the best grades, I looked up to the guys in Venice [Beach], the guys smoking weed and surfing at the breakwater.

“Now you have 13-year-old girls getting boards for their birthday. You go surfing and there’s guys pulling up with Range Rovers and long boards sticking out of their cars. All that stuff used to be underground and punk and now it’s mainstream. For us, it was our world, our version of being outcasts.”

He cites the infamous 2001 skating documentary Dogtown and Z -Boys as a good representation of what the culture felt like at the time – “skating is what we did when there were no waves” – and, for him, it was the freedom of being in open water that spoke to him. Today he still surfs as a way to force himself to reflect on ‘the moments.’ Its power might be why he now also works with A Walk On Water, a charitable organisation that seeks to use surfing as a tool to support children with special needs.

“I surf today because there’s something about being in the water – when you’re surfing a wave there’s really nothing to trip on. There’s really nothing else but the moment. It’s just something I don’t know how to explain.” For someone who lives in the highly structured world of Hollywood, the option to shrug off the tight structure of work life is understandable. 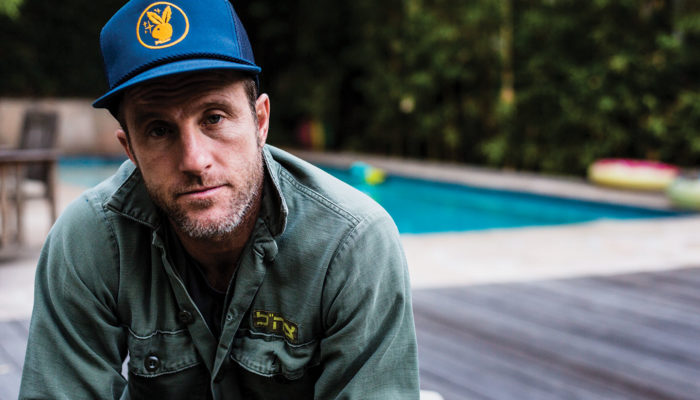 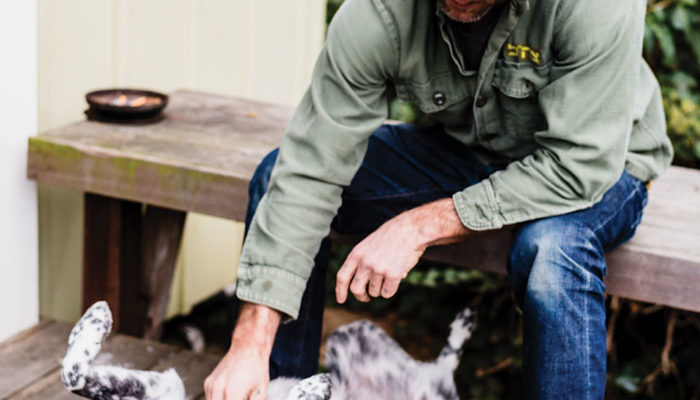 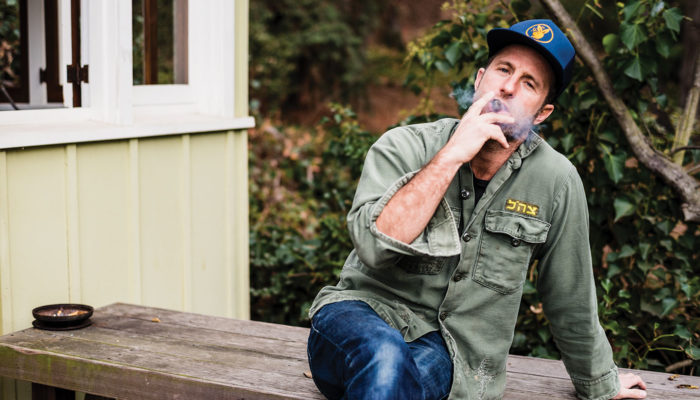 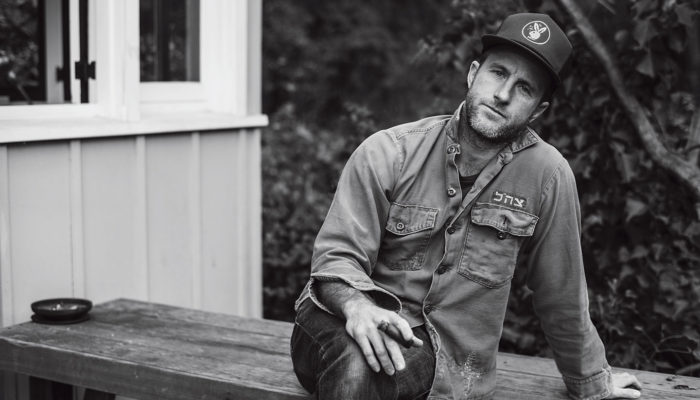 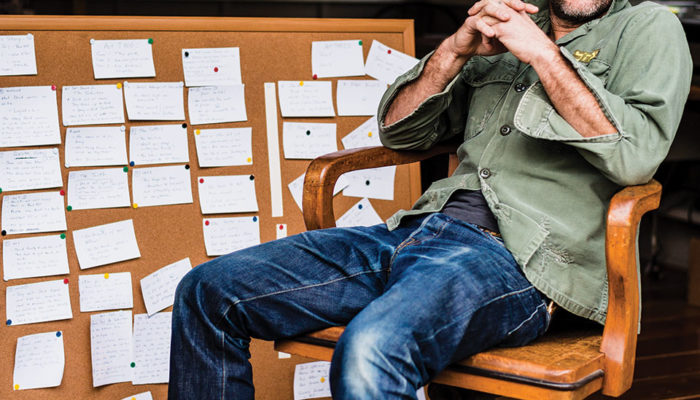 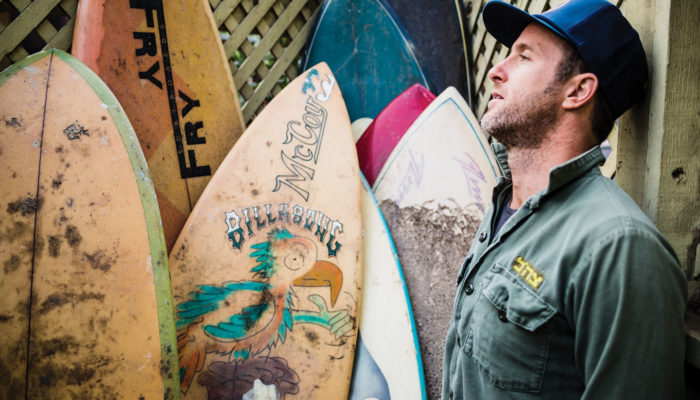