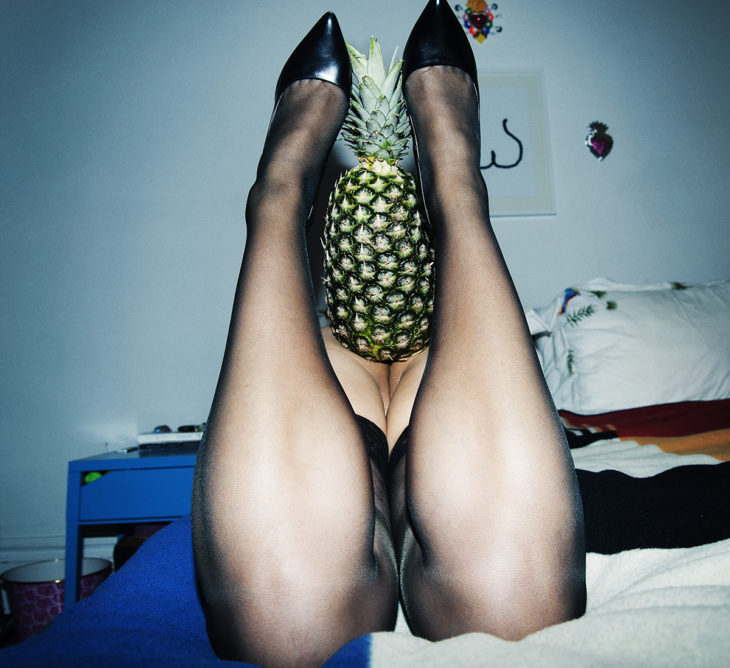 As her exhibition at hpgrp Gallery, New York draws to a close this week, THE FALL caught up with acclaimed fashion photographer Sarai Mari to discuss how she approached the subject of gender in her latest book, Speak Easy.

The eye of a lens is very often the perfect medium through which to channel the ebb and flow of change and Sarai Mari has had the kind of peripatetic existence that lends itself perfectly to documenting and chronicling our world’s adapting attitudes to a great many things.

The Japanese photographer, who has lived and worked in New York, London, and Tokyo, began her career as a photojournalist, subsequently making the transition to the fashion world, with her work appearing in the likes of Interview, Harper’s Bazaar International, Porter, Numero, and Vogue Japan shooting the likes of Adele, Tom Hiddleston, Amy Winehouse, and Scarlett Johansson. This juxtaposition of reportage and high-fashion is noticeable in the personal work we find in Speak Easy – at once candid and yet highly stylised, with a coolness to the veneer that suggests greater, hidden complexity.

Much of her work has been inspired by Helmut Newton for his erotically charged representations of strong women. Mari’s book Naked, a monograph of female nudes published in 2011, was the culmination of two years work around the subject of femininity and female sexuality, suffused with Mari’s provocative interpretation of female strength.

Last month Mari released her second book via Damiani, Speak Easy, inspired by the gender roles men and women play within society. By celebrating all definitions of gender and sexuality, the previously defined terms fall away. They lose their meaning and there is nothing left but the raw expression of the subject in the image. Subjects featured in the book include Clara Paget, Hikari Mori, Janice Dickinson, and Sonoya Mizuno.

“It’s hard to be all in one world but I hope we all can respect each other. I just hope all hate crimes will go away one day.”

What has differed in your approach and philosophy towards your subject matter in Speak Easy in contrast to your last book and what prompted you to move away from just documenting the female form and embracing the wider gender spectrum?

There is nothing to divide men, women and LGBT and this book represents the world that’s genderless, timeless, borderless. I shot Speak Easy over a five year period and was inspired by people’s hidden side, obsessed to peek into different moments after a model’s mask came off.

When putting a work such as this out into the world, what are your hopes for what it can achieve above and beyond artistic expression?

This is my footprint to define me to this direction. I want to make a third book and have more global photo exhibitions in the future, so this is the next step in my career. I want to grow more as an artist and I’d like to reflect this work’s style in my commercial work too. This is only the second book in my life. The fashion world can become so chaotic it’s easy to lose your individual style in that kind of photography.

“The politics of sex, religion and patriarchy, are they still so dominant? Yes, they will never go away from us. But slowly we can change the world little by little. Even if it takes ten decades, we still have to work on it.”

In your experience of living, working and studying in different cultures, how much do gender roles differ from place to place and do you think we’re moving towards a more globalised acceptance that said ‘norms’ are breaking down?  Or is it naive to think that we can achieve global acceptance when the politics of sex, religion and patriarchy are still so dominant?

I’ve seen all the big cities – London, New York, Tokyo for example – they all have a mixture of globally minded people which make them more free-spirited and open-minded to all kind of people. We have wider choices in the big city. It’s not only that all the people are welcomed in the cosmopolitan environment but if your friend is free minded, you get influenced by them which is possible to change people’s mind openly. The politics of sex, religion and patriarchy, are they still so dominant? Yes, they will never go away from us. But slowly we can change the world little by little. Even if it takes ten decades, we still have to work on it.

“I want to grow more as an artist and I’d like to reflect this work’s style in my commercial work too… The fashion world can become so chaotic it’s easy to lose your individual style in that kind of photography.”

Whilst any progressive thinking individual only hopes for a more accepting and positive attitude towards ascribed gender roles, and the ways in which individuals wish to subvert these roles, how important is it to also celebrate our differences as well as our similarities?

I just wanted to catch a moment beyond feelings of prejudice. There is too much prejudice over others. We are still held [with feelings of] with racism, sexism, homophobia, xenophobia and more… It’s hard to be all in one world but I hope we all can respect each other. I just hope all hate crimes will go away one day.

How much of a role do you think the arts, photography especially, can play in helping an audience and more widely society in helping us to understand gender fluidity as well as separateness?

It’s not going to happen that we change people’s values right away. We should repeat and continue to send the message to the world as often as we can. Then, one day, more people with the same intentions will be there with us. This is what I want to believe. More movement, more time.

Speak Easy is out now from Damiani Books with art direction by Miquel Polidano at Baron Baron and words by Xerxes Cook. The exhibition’s closing reception takes place at hpgrp Gallery, New York on April 14th from 5pm-8pm.