Rami Malek is about to have a huge year in 2020.  That’s not to say the past couple of years have been a drag on him either.  An Oscar for playing legendary Queen frontman Freddie Mercury in Bohemian Rhapsody at last year’s Academy Awards wasn’t too shabby.  And he ended 2019 by seeing out the final season of his mind-bending, hyper-real tech hacker series Mr Robot after four critically acclaimed years.  So, what better way to start 2020 than in the arms of creative mastermind and culture translator Anthony Vaccarello for Saint Laurent’s new #YSL30 spring/summer campaign? 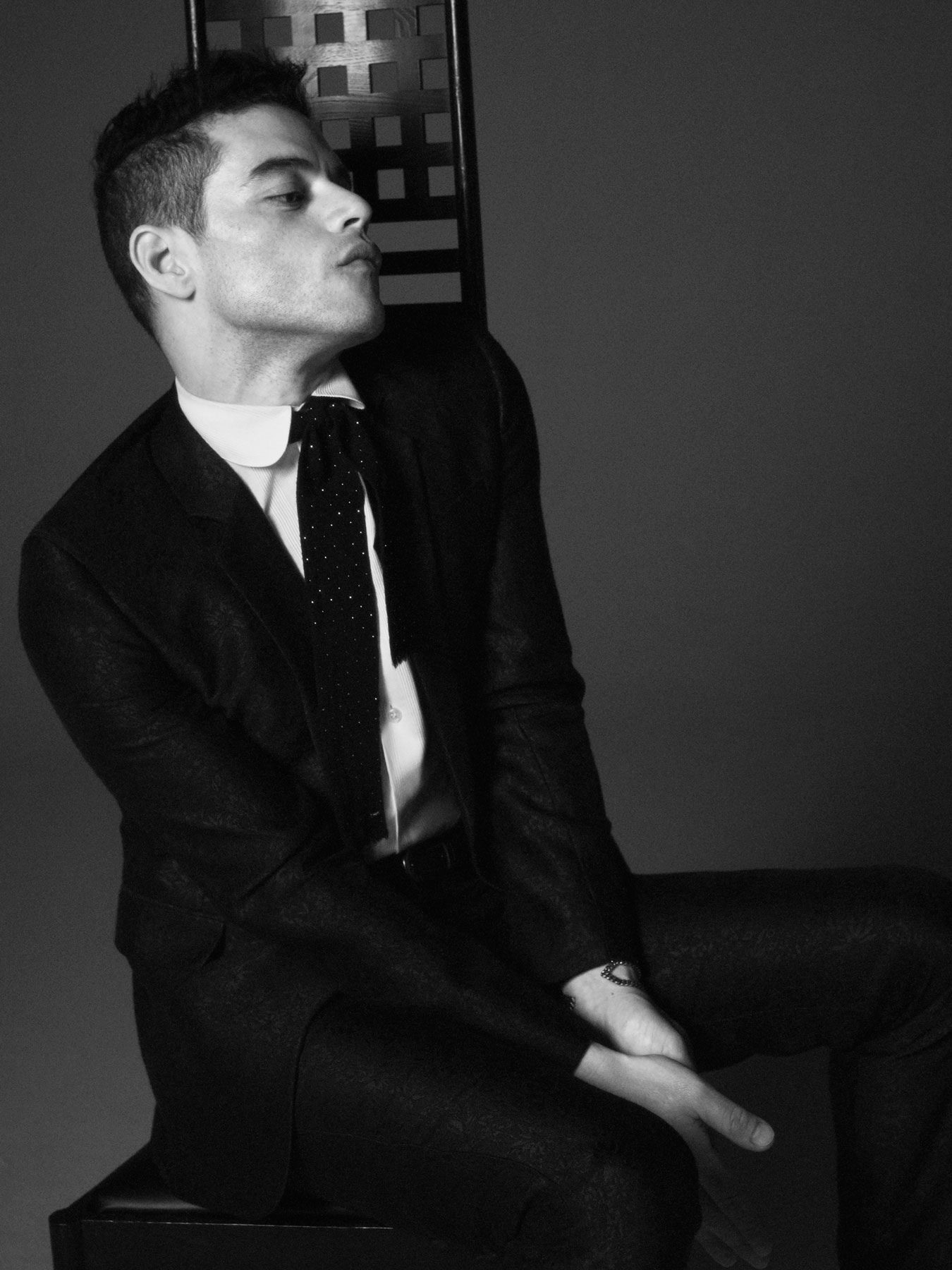 Malek is fast becoming the new go-to for fashion and Hollywood alike.  He’s not the blockbuster ‘movie star’ with matinee idol looks some others might be.  He’s the unique creative artist with striking looks doing exciting work that’s making all the right kind of noises on both sides of the Atlantic.  Given Saint Laurent’s obvious creative direction of late, it probably shouldn’t come as a surprise that Malek was eventually drawn into their gravitational orbit.  The tone and mood of the new imagery will be familiar to anyone who has followed the progression of these campaigns over the past couple of years.  There’s always that unmistakable air of ‘Rock ‘n’ Roll’ to the shoots that makes you want to live life just that little bit louder when you see them.  The monochrome vibe instantly takes you to the 60s or 70s and makes you think this could have been Mick Jagger shot for an early issue of Rolling Stone magazine.  Though, this time, there’s a shock of bright colour to the campaign to punctuate the shades of black and grey and keep keep you on your toes. 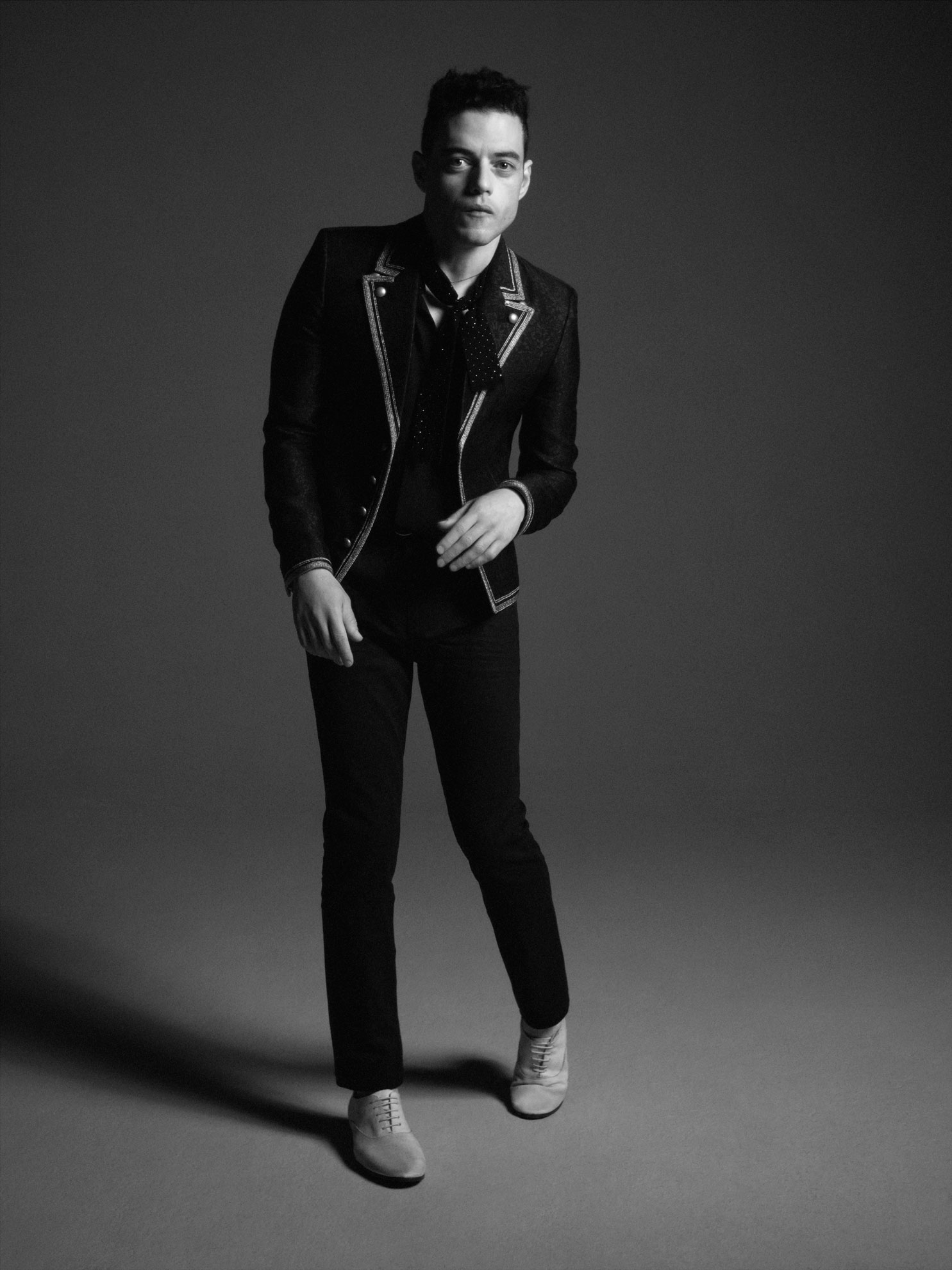 Of course, the clothes are on point, as always.  Sharp tailoring with a twist – like shirts with rounded collars and bolero style band jackets – drainpipe jeans and slick shoes tell you all you need to know about what the cool cats are going to be wearing this summer.  And none will be cooler than Rami Malek.  He’ll be the one riding the crest of a wave into one of the biggest movie franchises in movie history this year.  There are three things that make a Bond movie – Bond, the somewhat problematically titled ‘Bond girl’ and the Bond villain.  There is no 007 without those three things.  Malek will make is debut in the franchise playing (appropriately enough) the tech terrorist Safin alongside Daniel Craig and Léa Seydoux in No Time to Die, coming this April to kick off the summer tentpole season.  #YSL30 probably isn’t part of his character’s costume in the movie.  But it should be. 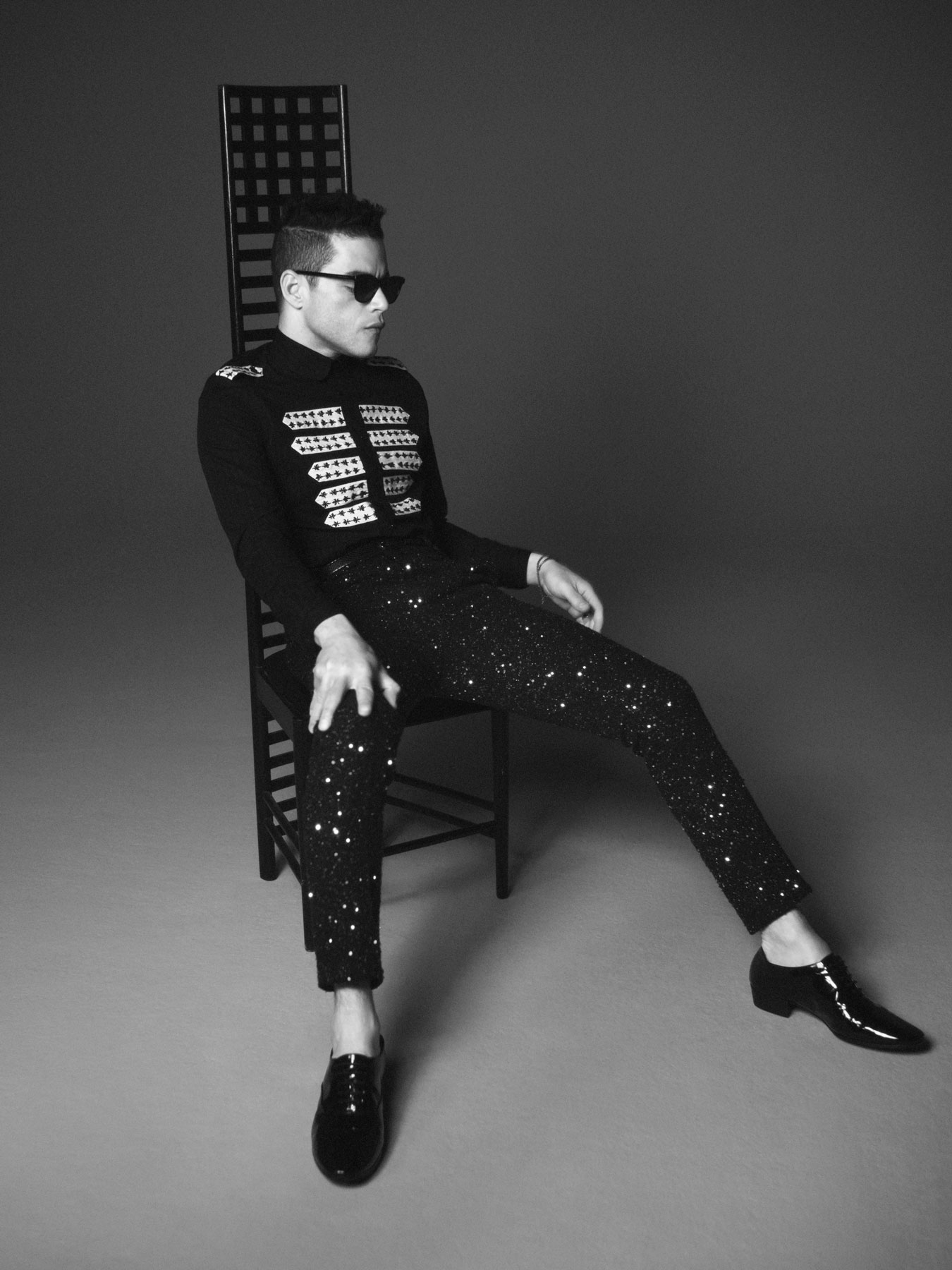 For more on Saint Laurent and Rami Malek click here.