Anthony Vaccarello has always been a man on a singular artistic mission.  As the creative director of one of the world’s most famous Houses, the kind of brushes he has had to help in paint his pictures have been almost unparalleled.   Case in point: the Saint Laurent menswear AW23 show at Paris Fashion week took place in the rotunda under the beautiful ceiling of the Bourse de Commerce – Pinault Collection.  A lone classical pianist set the mood and Vaccarello’s vision did the rest. 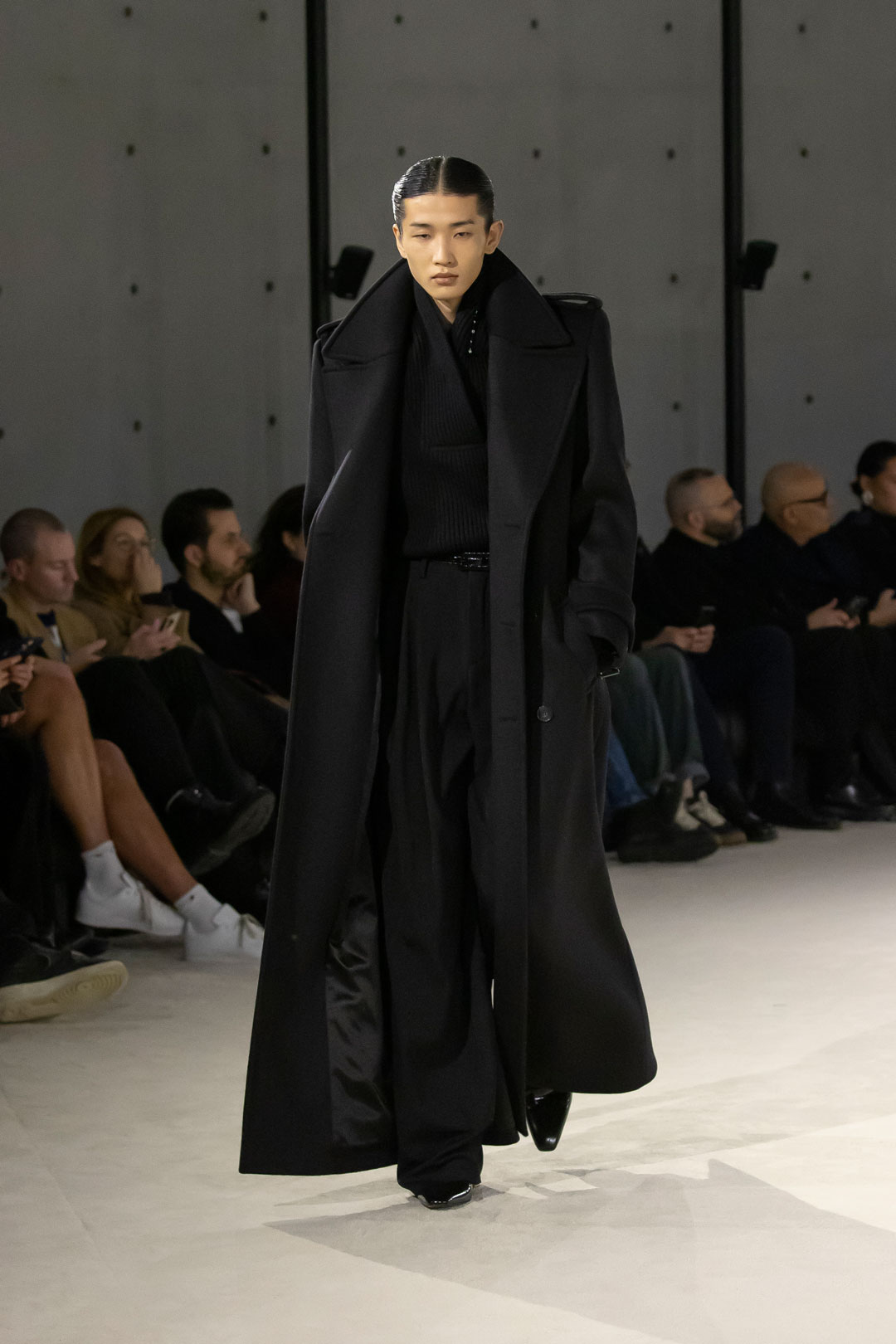 Immediately it was clear that stark, precise sophistication was going to win the day.  The silhouettes were epically long.  The aesthetic was impossibly chic.  And the style was effortlessly masterful.  The palette was quintessential Saint Laurent – black, white, camel, navy, fanciful silver accents – all working to imbue the looks with an almost otherworldly ambiance. 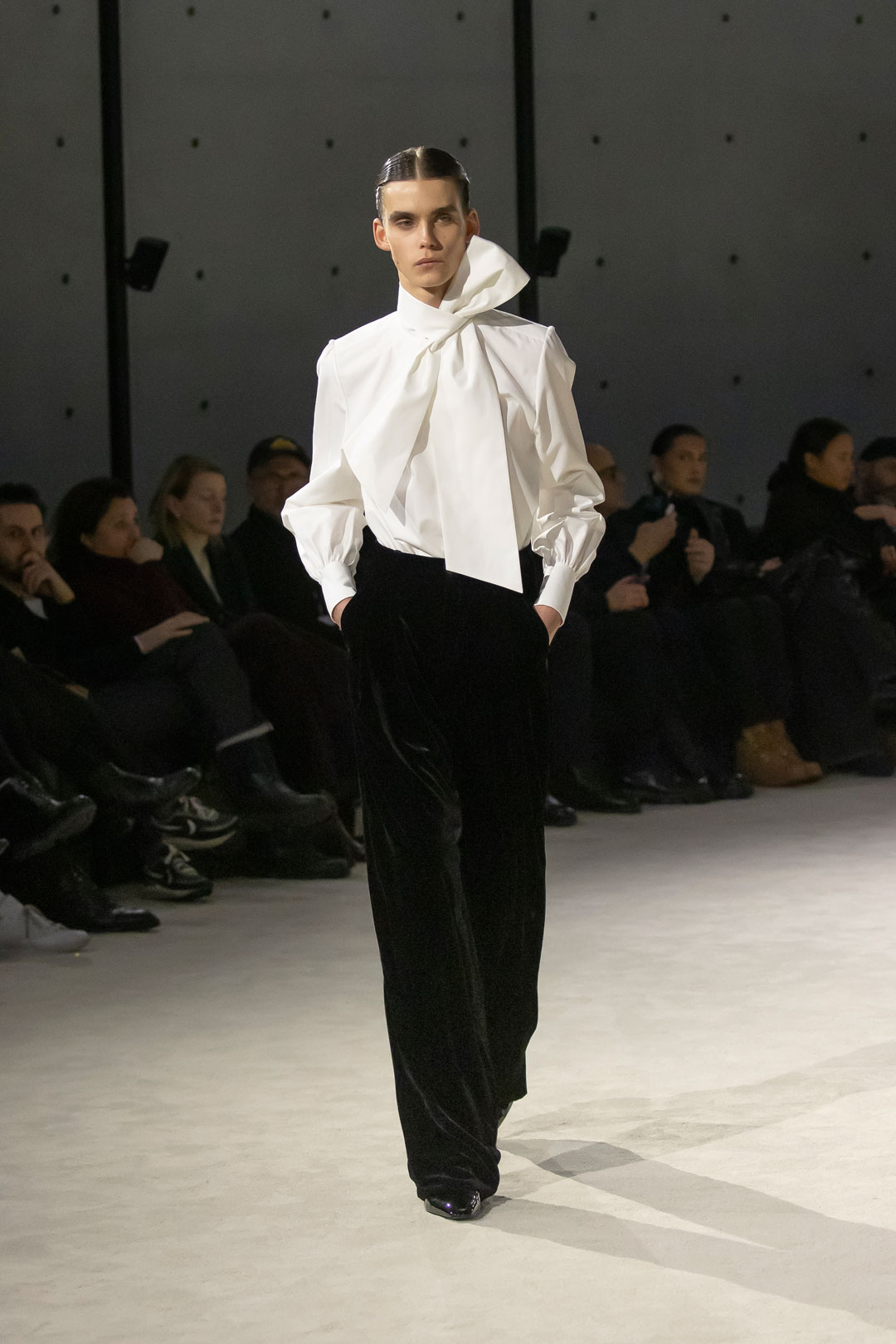 Whimsical flourishes like giant collars and lapels on impressive great coats and the wonderfully exaggerated pussy bows on the blouse-like shirts continued and raised the dialogue fashion has been having about gender conformity over the past few years. 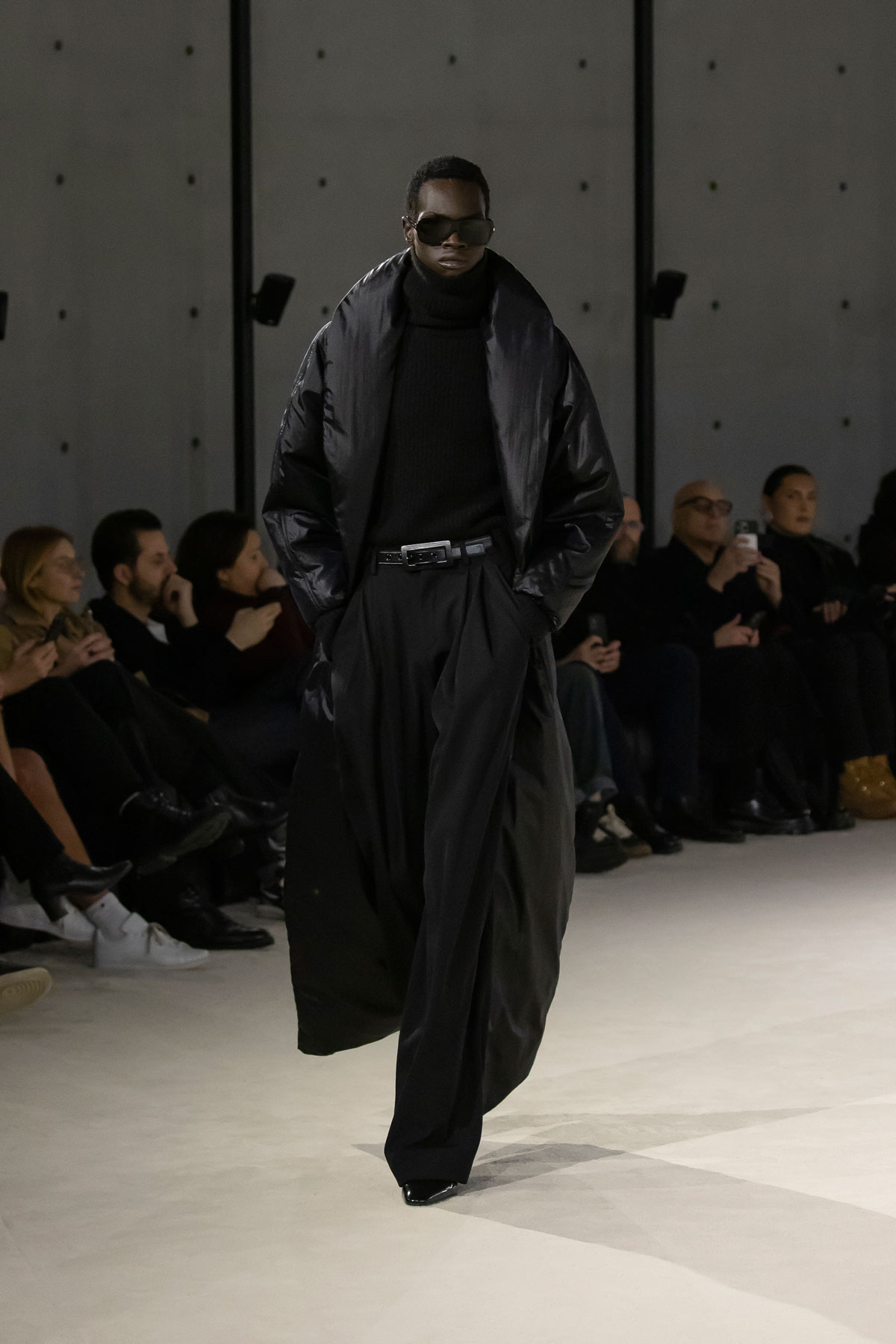 But it was the quiet drama dominating the overarching narrative that left the most lasting impression.  Proportions became islands of new adventures with shin-length cashmere and mohair knitwear with extended necks worn over floor-skimming loose trousers.  At certain moments hard edges like structured oversized shoulders and slim tailored trousers were added to the subplots to drive the momentum.  At other times it was the introduction of terms like ‘chiffon,’ ‘cowl’ and ‘snood’ to the Saint Laurent menswear lexicon that made it all such compelling reading. 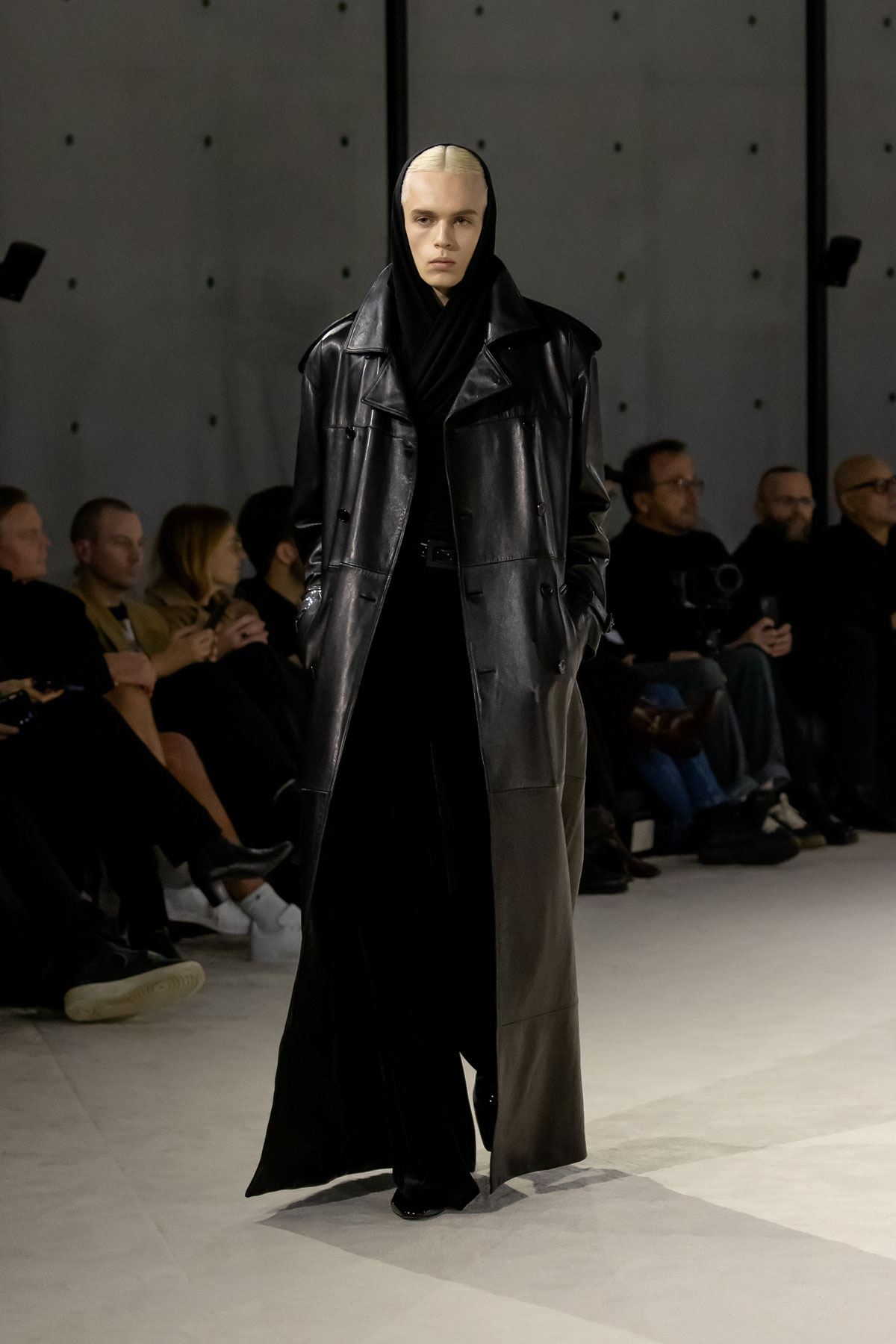 By the end of the show, there was a feeling of having witnessed an important moment for the House.  Not that there haven’t been many under Vaccarello’s tenure, but this time the awe was palpable.  Art, in whatever forms it may come in, is always subjective by nature.  But sometimes something comes along that transcends the vagaries of personal opinions and biases to just stand alone in its own space.   Saint Laurent’s coming winter season may well just be another such moment to exceed that very high bar. 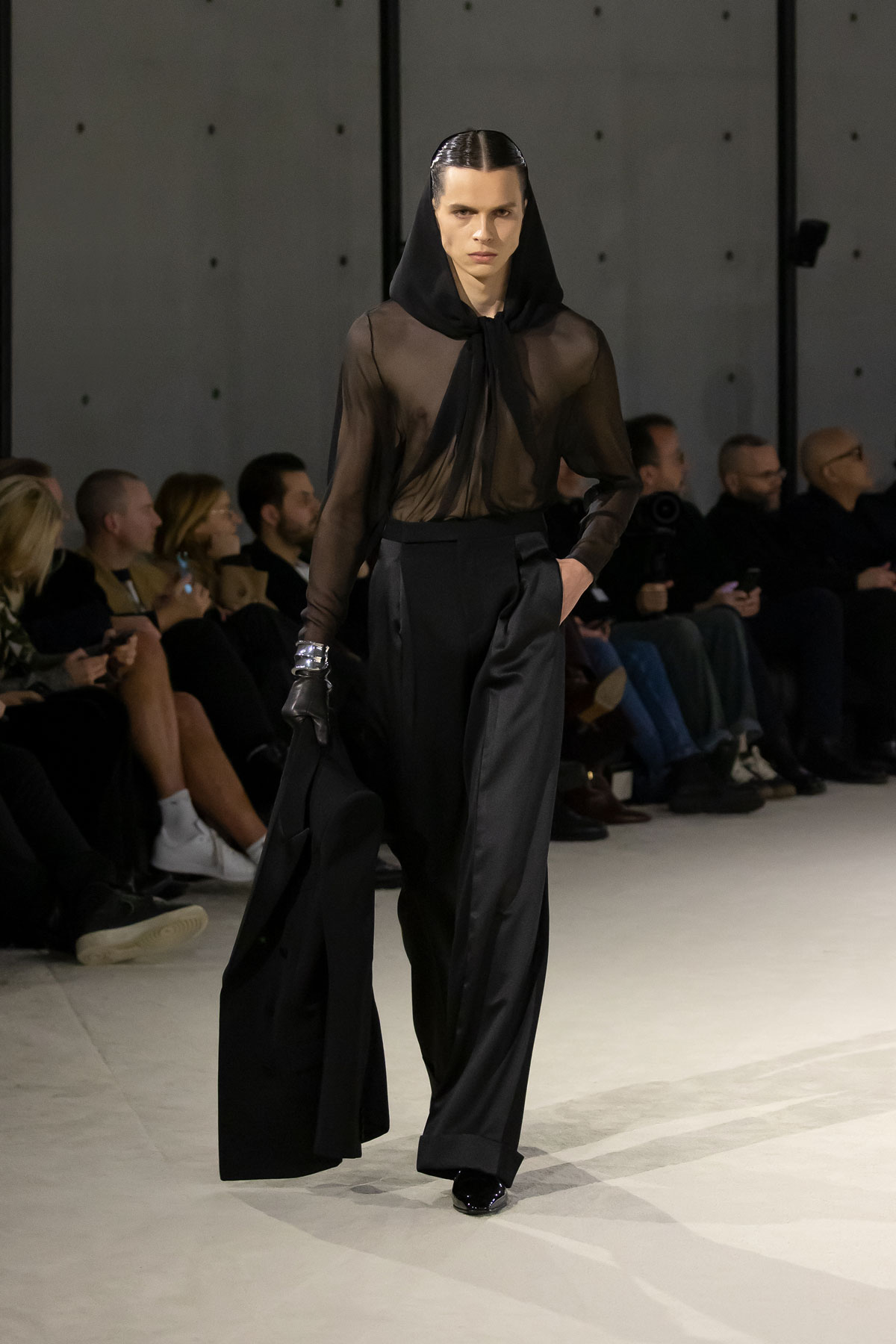