In keeping with his visual appeal, Rick Owens took to the stark urban architecture of the Palais De Tokyo to present his SS23 womenswear collection at Paris Fashion Week.  Entitled EDFU after a temple on the river Nile, Egypt was a key influence behind the collection, with Owens finding solace and creativity in its history and the interpretations since his youth.  The designer also ventured beyond to find inspiration, looking to early 20th Century silent film actress Theda Bara and her roles as exotic femme fatales to inform his narrative. 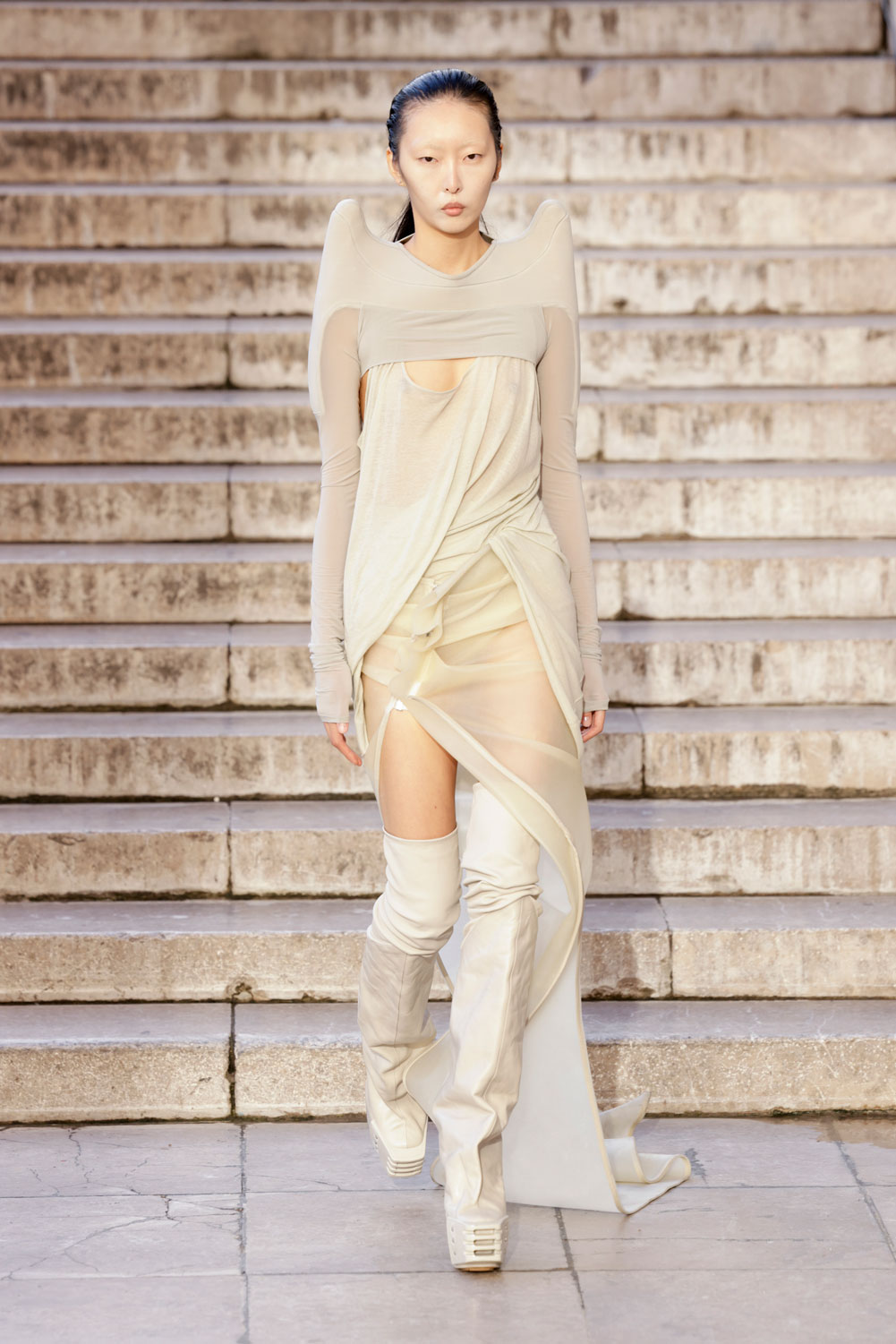 Haunting images of Bara shot by Gustave Moreau, and her on-screen interpolations of famous characters like Cleopatra and Carmen, became the canvas for Owens’ own story. “These movies became my aesthetic recipe,” said the designer.  “Ancient stories about faith and higher purpose mixed with a camp and lurid exoticism as seen through a turn of the century black and white art nouveau filter.” 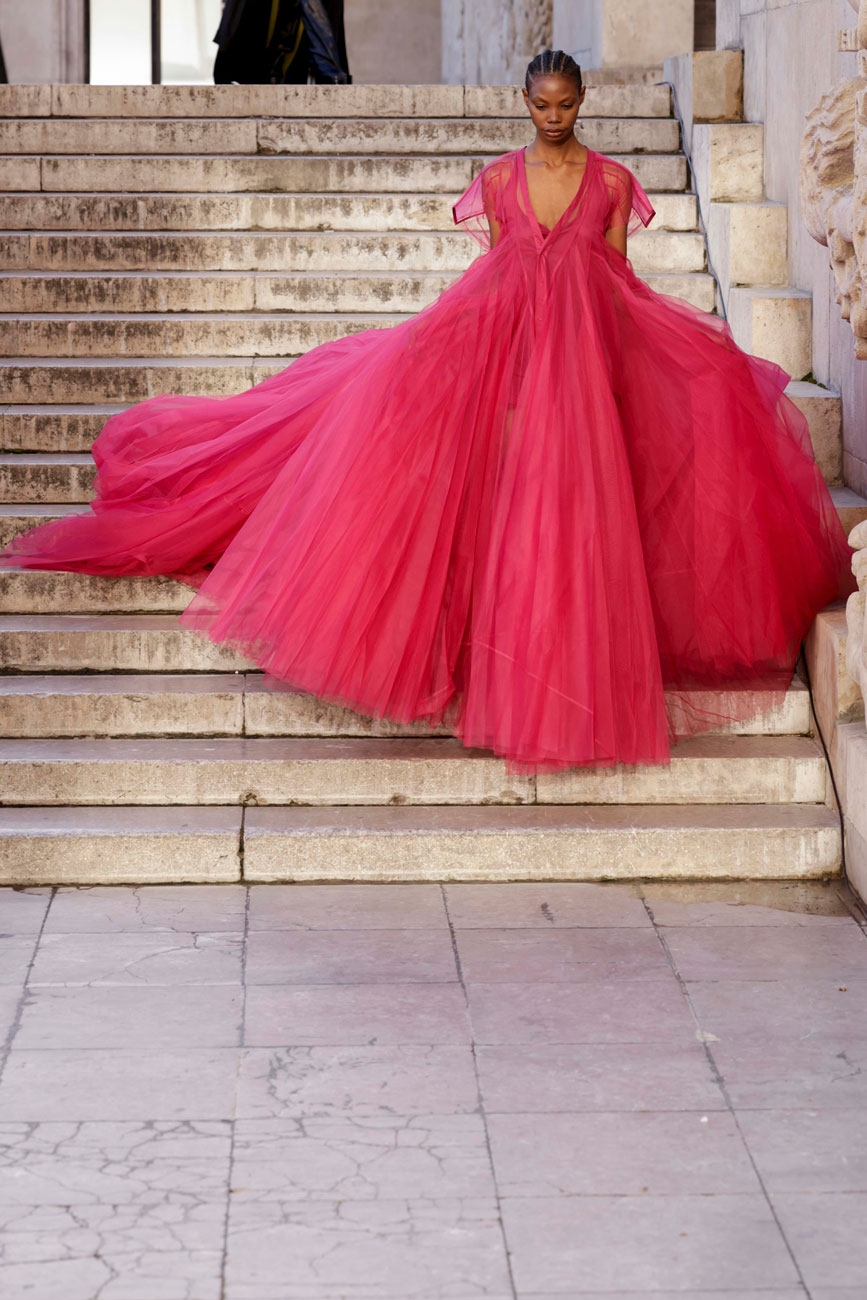 This adoration of old-school aesthetics with contemporary twists could be found in the tulle gowns with imposing trains and reclaimed leather dresses tanned using organic materials to give them new, ‘gelatinous’ textures that gracefully skimmed the body. 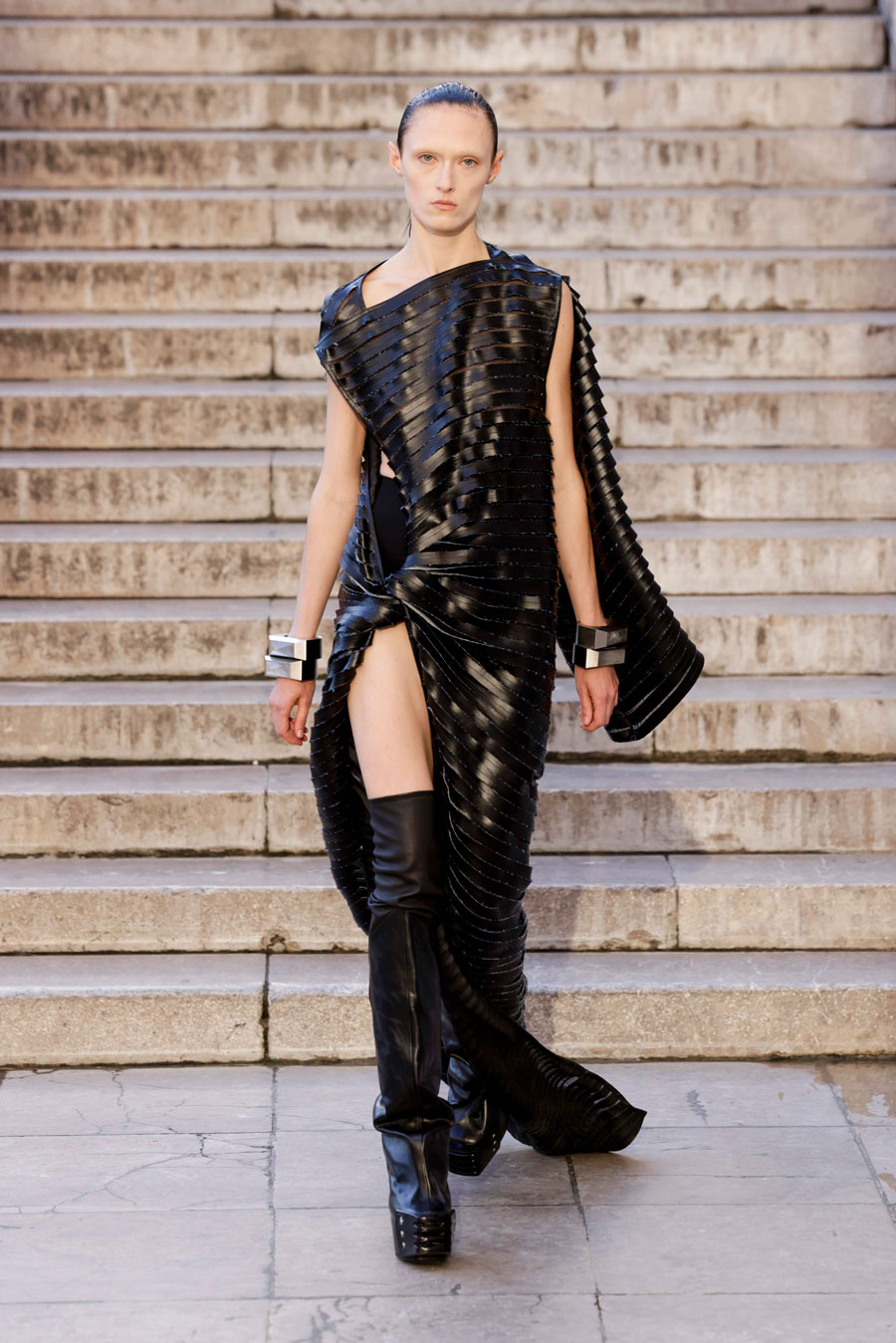 The colour palette consisted of bold pinks, yellows and black, interwoven between neutral ensembles that provided moments of comparative calm and contrast.  Extreme mini dresses with kaleidoscopic prints came in mustard and fuchsia tones, and were paired with dramatic thigh-high leather boots for individual contrasts in softness and edge. 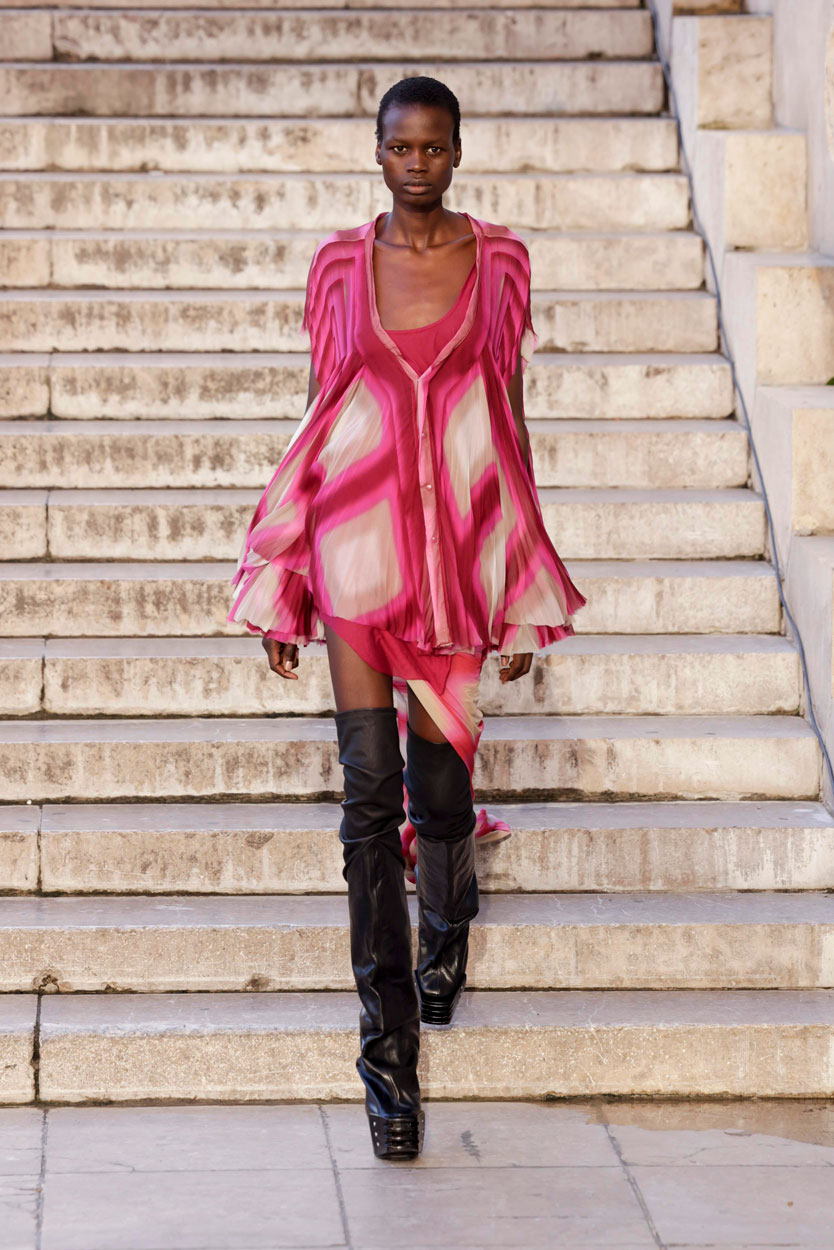 The collection also came with the welcome penchant for eye-catching silhouettes.  Snakeskin bomber jackets with exaggerated pointed shoulders and elongated waists hinted at that famous ‘rock chic’ undertone when worn atop a bubble-gum pink slip dress split to the hip.  Juxtaposed with these cleaner lines were dresses and gowns constructed with the intricacies of origami art. 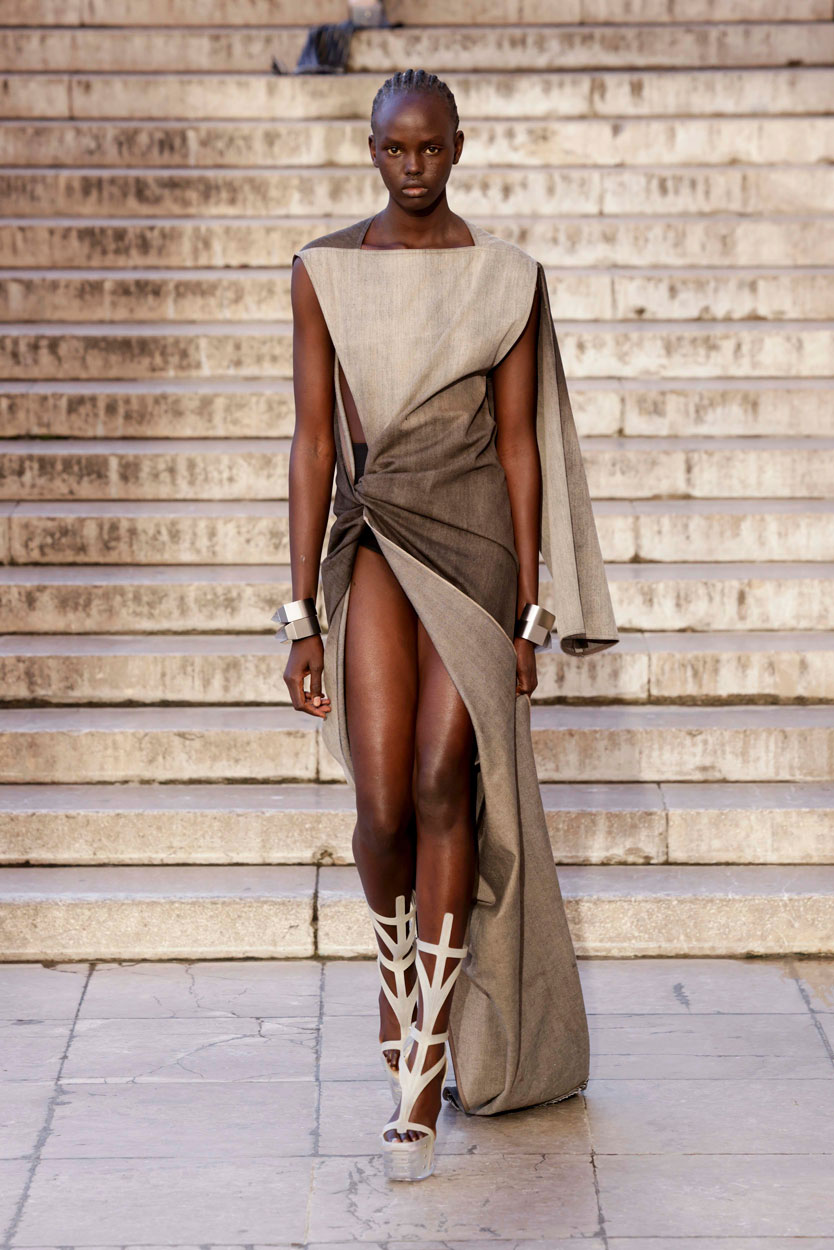 Through drawing parallels between ancient worlds and the modern day, Rick Owens SS23 brought us a dramatic yet wearable collection, ready to channel the inner femme fatale in all of us next summer.