This fashion season marked an official reopening of sorts for society.  It’s once again time to look beyond pandemic leisure and comfort and explore performance, theatricality and thought provoking fashions.  With a look back at the era of social media cognitive dissonance, we return to a more physical state where being perceived in the right way has never felt so important.  It’s in this new environment that rag & bone A/W2021 has chosen to celebrate this radical yet contradictory self-fashioning.  “Who are you today?” is the question of their season.   Dancer and actor Maddie Ziegler is today’s answer. 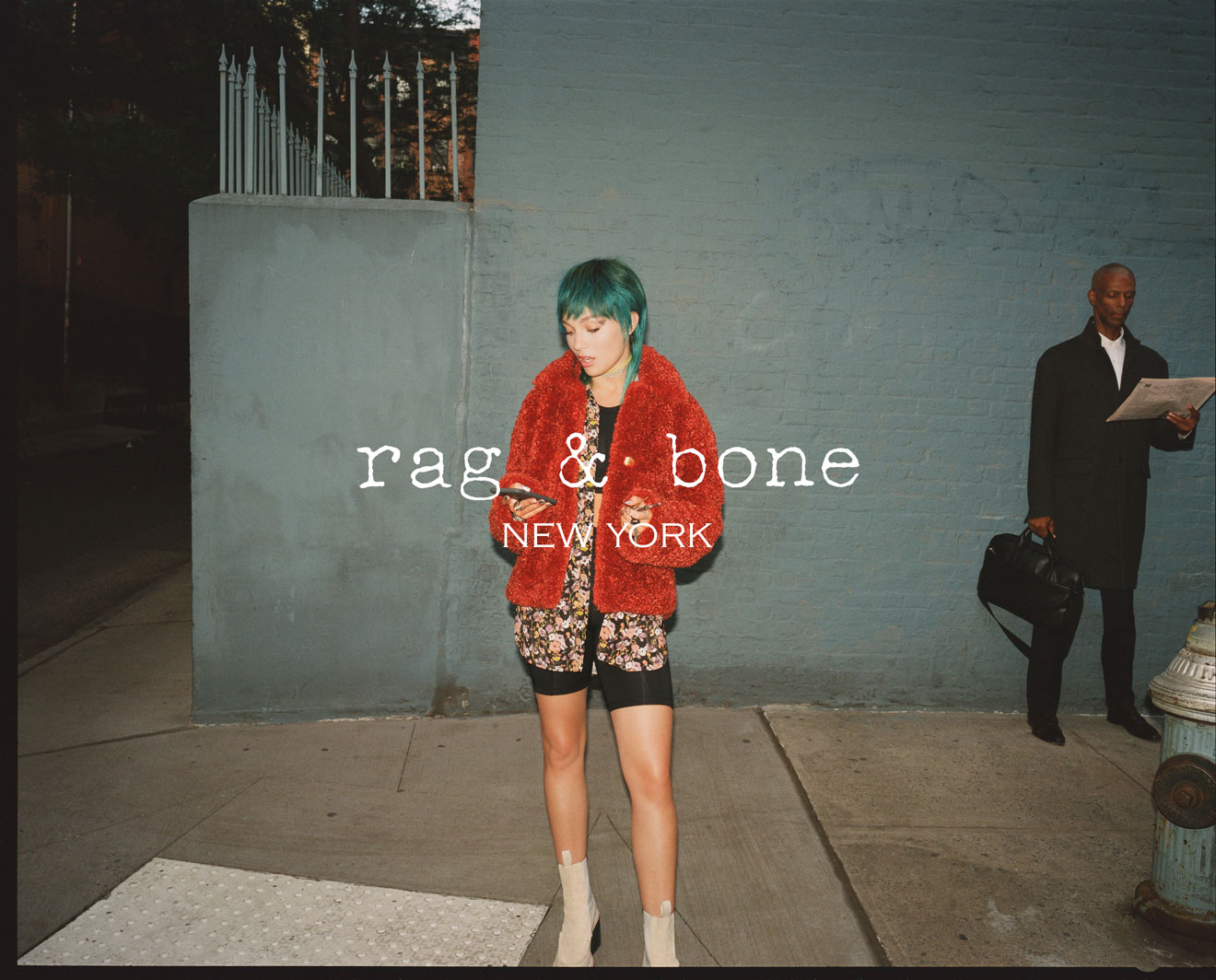 For founder and chief brand officer Marcus Wainwright, Maddie was simply, “the perfect choice to illustrate that you can be whoever you want to be in rag & bone”.  It’s been a decade since Ziegler first appeared on our screens at only eight-years-old on Lifetime’s Dance Mom.  Audiences and artists alike responded to her veracity and emotional versatility while she journeyed through hugely emotional life experiences and Charleston dances alike.  Collaborations with the likes of SIA soon followed, where Ziegler’s expressive dance work catapulted the song Chandelier to worldwide recognition.  For this campaign, Ziegler’s intuitive physicality is shot in stylised hyper-naturalism by photographer Theo Wenner who curates a world where the possibilities of “the various personas of the rag & bone woman and muse” are endless. 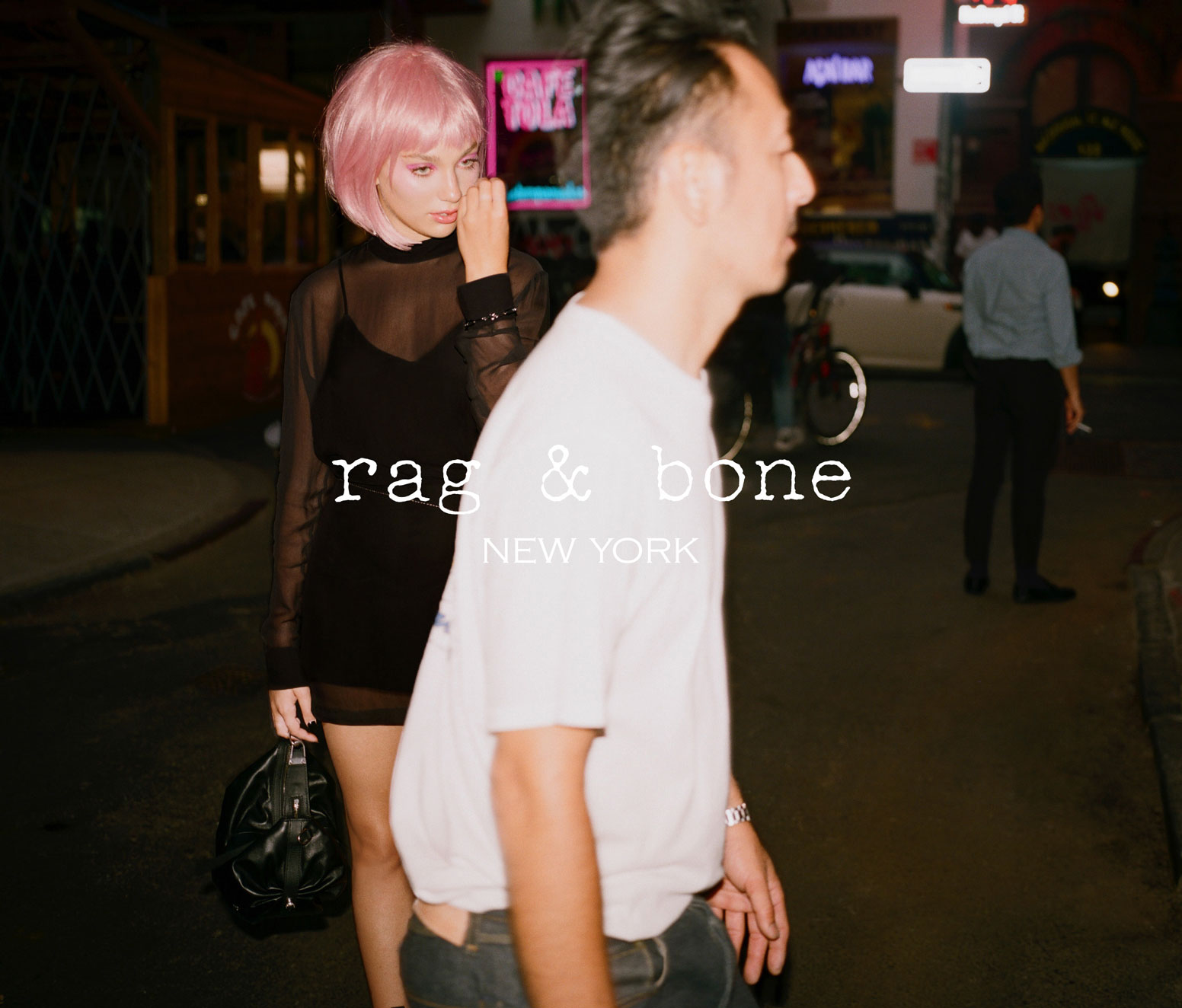 For rag & bone, an English-born brand raised on the streets of New York, Ziegler exemplifies the inner search for selfhood.  Contradicting artistic tensions arise – uptown versus downtown; masculine versus feminine; maximalist versus minimalist and classic versus unexpected.  A chic slick black mini dress consists of sheer embroidered long sleeves and a bold high neck to emphasise the opaque slip with spaghetti straps.  A pastel pink shag bob cuts through the monotone black with an accent that matches Ziegler’s attitude perfectly.  A new character is embodied with each hair style and then each look.  In one moment, an electric teal green bob clashes with a vivid red shearling coat – the next; wavy brown hair highlighted with blonde accents falls almost to the waist of rag & bones’ signature denim jeans. 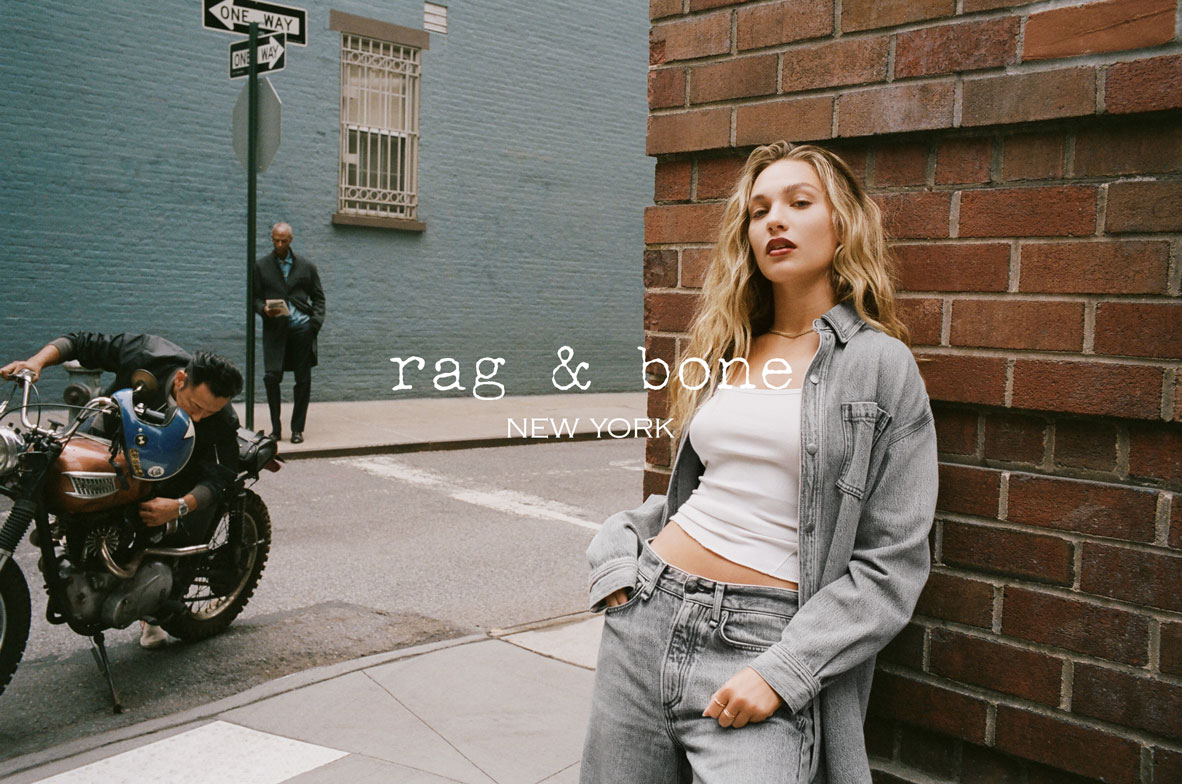 For rag & bone, the depth and breadth of our possibilities is a cause for celebration this winter; a cry of freedom in this age of self-fashioning.

To read our last feature on rag & bone, click here