Pieter Hugo, Between the Devil and the Deep Blue Sea 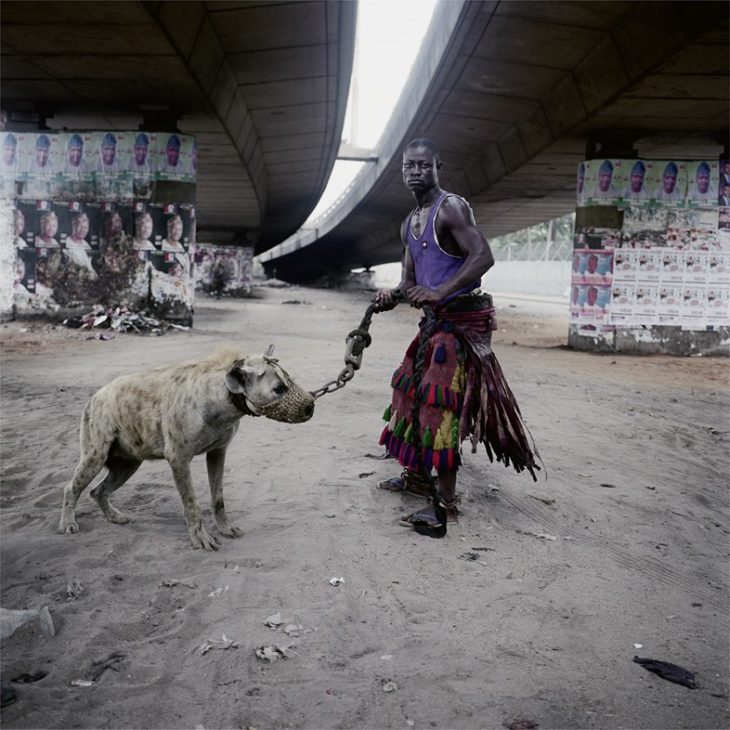 The South African photographer Pieter Hugo has spent the majority of his near quarter century career photographing marginalised communities and outsiderness. A new exhibition at the Kunstmuseum Wolfsburg, Germany presents the most comprehensive collection of his work to date.

Being born and raised in a country where racial segregation was still officially sanctioned by a ruling government, and bearing witness to its end when Apartheid was abolished in 1994, is bound, in one way or another, to leave an indelible impression on any young person with a burgeoning sense of creative expression. The legacy of Apartheid is still felt in South Africa to this day and goes some way to explaining why Hugo’s work has been described as having a “sense for social dissonances.”

Hugo makes his way through all social classes with his camera, and not only in his native country but also in places like Rwanda, Nigeria, Ghana, and China. Very often, the question his work is asking is how do people of all age groups and from the most diverse origins deal with their historical baggage and the conditions under which they now live?

Emeka, Motorcyclist and Abdullahi Ahmadu, Asaba, Nigeria From the series The Hyena and Other Men, 2005-2007, © Pieter Hugo, Priska Pasquer, Köln

These photographs record the visible and hidden scars of lived biographies and experienced national history. He is particularly interested in societal subcultures, with pictures often featuring the homeless, albinos, AIDS sufferers, men who tame hyenas or the purposes of entertainment; people who gather electrical scrap metal in apocalyptic scenarios, costumed Nollywood actors in striking poses, as well as his own family and friends.

His photographs are non-hierarchical; everyone is treated with the same amount of respect. More artist than anthropologist or documentarian, Hugo captures the “moment of voluntary vulnerability” with a detached and yet empathetic, concise visual language, creating portraits of powerful directness.

In many cases, this humanity stands in sharp contrast to the hardships of the social reality engulfing the subjects of his pictures. Entirely in this sense, Pieter Hugo’s photographic still lifes and landscapes occasionally seem like social commentaries or metaphors, complementing his socio-cultural portraits.

Pieter Hugo: Between the Devil and the Deep Blue Sea is showing at Kunstmuseum, Wolfsburg until July 23rd.