2019 has been a great time for the McCartney clan so far.  Among the many different family anniversaries and exhibitions that have punctuated their year, the big news in fashion was undoubtedly the partnership announced between Stella McCartney and industry giant LVMH in July.  Not only does the McCartney brand falling under the LVMH umbrella boost their already far reaching corporate climate action policies, it also re-confirms McCartney as one of the world’s premier luxury fashion brands.  Given that, who wouldn’t want to be a fly on the meeting room wall should the topic of LVMH CEO Bernard Arnault’s characterisation of Greta Thunberg as “demoralising for young people” come up?  Regardless, the fact that the McCartney brand has achieved this pinnacle while also being a market leader in sustainable luxury fashion should be seen as just a happy bonus for the corporate behemoth, not the core feature of McCartney’s appeal and desirability. 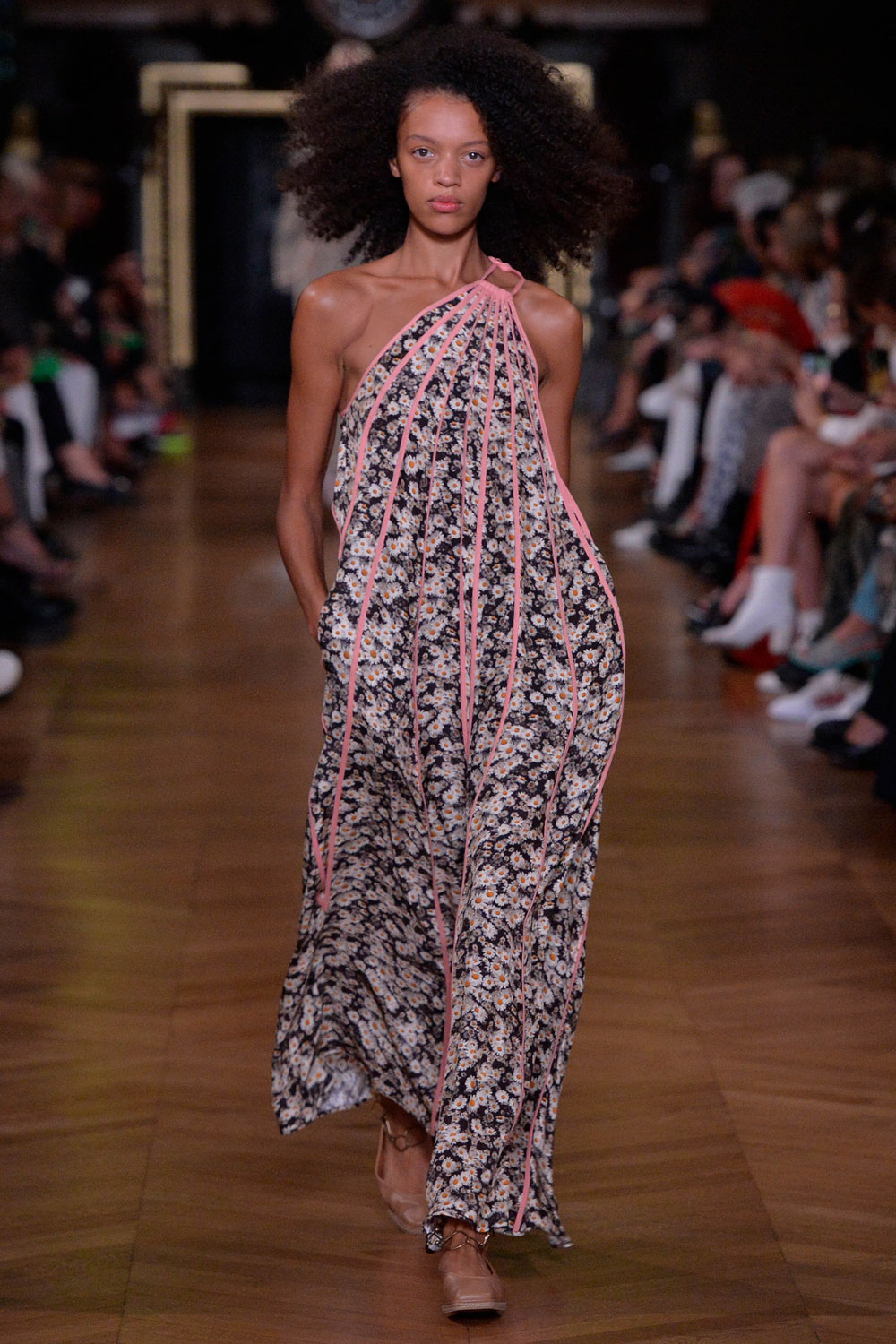 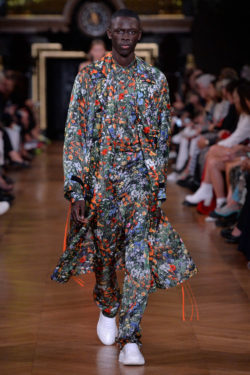 The S/S2020 show at Paris Fashion Week served to underwrite exactly this appeal.  While all designers will tell you they put a lot of themselves into the collections they create, there are only one or two for whom you can tell there’s probably an extra five to ten percent of themselves left out on the catwalk.

With this new collection from Stella it was seen in the form of a number of gorgeous, floral, long summer dresses, jumpsuits and tailored suits that peppered the show.  Those intricate floral patterns were, in fact, taken from a graphic of old pictures shot by Stella herself while riding the English countryside on her bike like a scene from Last of the Summer Wine.  It’s literally about as English and as cool as you can get. 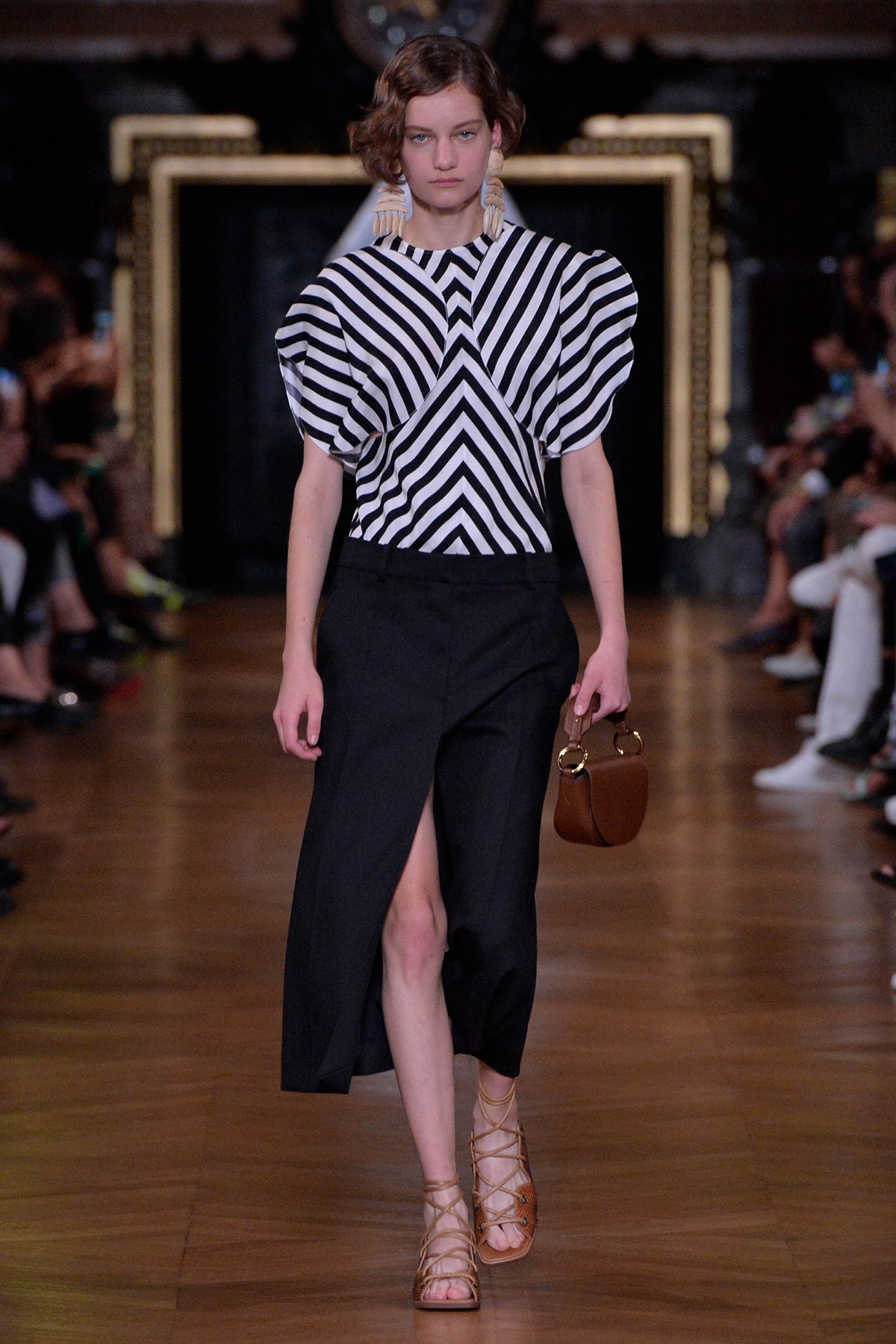 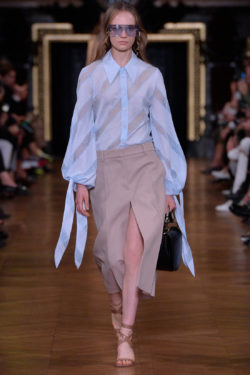 Another reoccurring theme of the show was stripes.  The bold black and white stripes were seen in parallel on the loose pants that flared out like a proud Manta ray along the side seams, or they were seen chevron style on tie dresses and ornately shaped tops.  The theme was repeated elsewhere in different coloured shirts and tops that were worn with mesh caps to give them a humorous ‘fashionable horse jockey’ feel.

There were other ensembles featuring blouses and summer dresses where the stripes were presented as open weave parts of the fabric, as opposed to simple contrasting colours.   As well as offering a brilliant visual effect that changed the closer you got to it, it’s probably going to provide some welcome ventilation during the summer months as well. 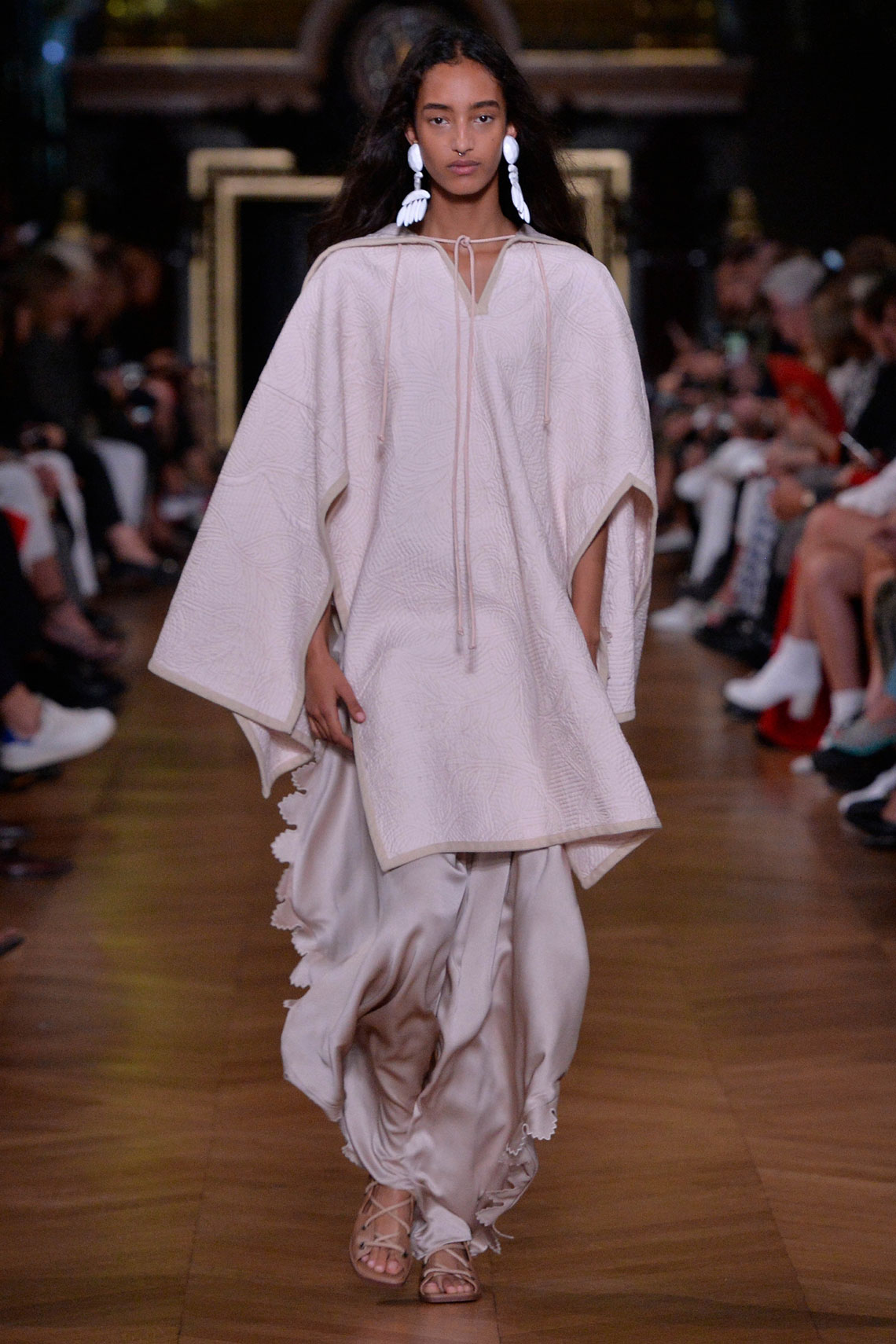 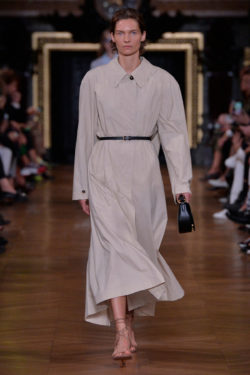 The collection also featured some amazing new shapes and silhouettes for us to ponder on.  An amazing, long, tan lace dress created an almost ‘fish fin’ shape to the hem with the models hands placed in the discreet pockets.  The subtly embroidered cream Poncho worn with the baggy trousers in a matching colour looked as chic and as comfortable as you could want, while the tailoring showed off that quintessentially English Savile Row flair.  Single and double breasted jackets were long and worn loose on the women – coupled with either mid-length skirts or wide-legged culottes – and shorter and buttoned up on the suits for the men.

The women’s trench coats were all-encompassing, cinched at the waist with a cord tie or slim belt, and pleasingly featured more movement than usual in the fabric for this particular style. 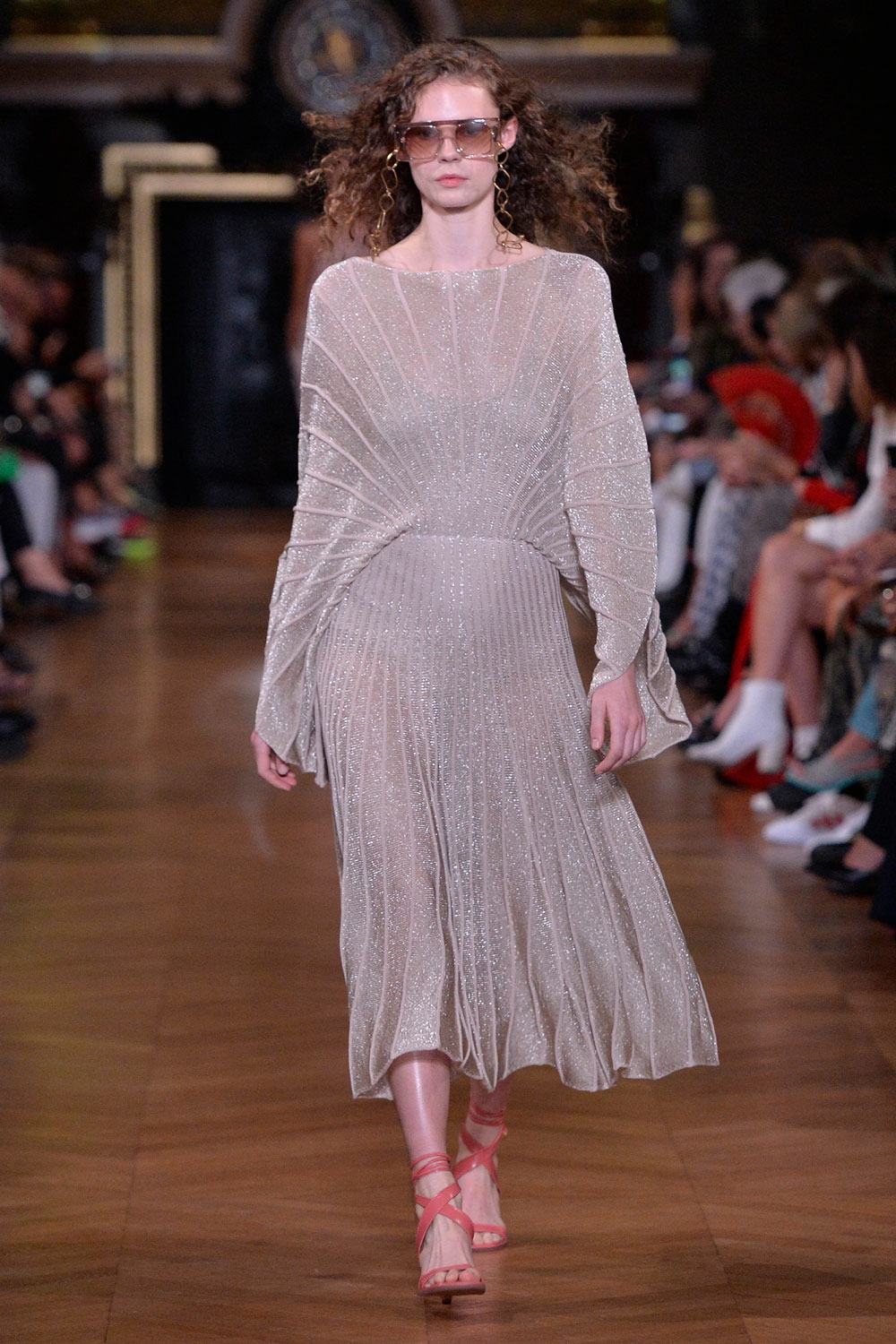 The standout of the collection probably had to be what we’re calling ‘the starburst dress.’  This was a spectacular full sleeve, calf-length creation that replicated the striped theme of other outfits but subtly disguised it under intricate sequining that emanated from the centre of the lower torso to eventually envelope the body.  This was just the icing on a cake that predicts 2020 will also be another good year for Stella McCartney.

To read our last feature on Stella McCartney click here.