There’s an old wives tale that starts, ‘Once you go black….’.  For Anthony Vaccarello at Saint Laurent it’s a saying that has a completely separate meaning.  Vaccarello’s collection for S/S2020 at Paris Fashion Week showed that, for Saint Laurent, next summer is all about the warm nights and the popping flashbulbs.  And in that world the only colour worth making a statement in is black.  90% of the outfits shown where in black and the other ten percent featured black next to denim blues or gold brocade.  What is 100% true is that Saint Laurent clearly knows how to manipulate black to constantly excite the eyes in addition to the fashion sensibilities of their luxury clientele and beyond. 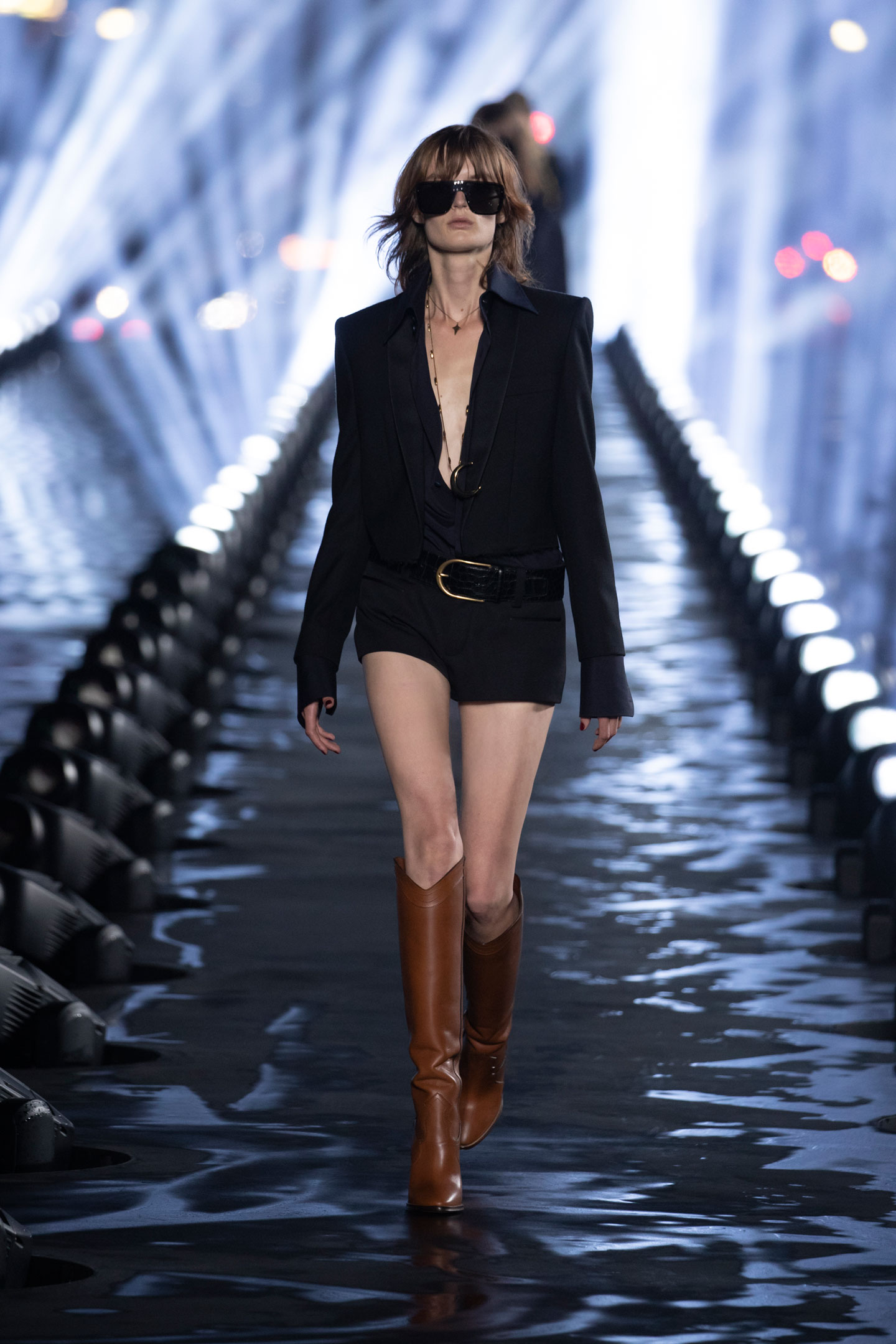 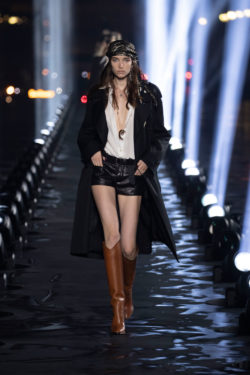 Firstly, special mention has to be given to the setting.  It’s hard to imagine a more spectacular venue for a Paris Fashion Week show than the Place de Varsovie at night with the looming Eiffel Tower as a backdrop.  It therefore follows that any collection shown in such a scenario would have to be just as spectacular to match.  Vaccarello didn’t disappoint.  The gigantic catwalk was lined with rows of spotlights powerful enough to project the Batman symbol onto the clouds.  Out of the flare of lights emerged a complete story of ultra stylish contemporary living – with an edge.   The tone was set from the beginning with the crisp tailored jacket worn over a simple shirt featuring extra long cuffs and sexy short shorts paired with knee-high boots.  You already knew this was going to be a night for the rock chicks among us, even before you clocked the giant dark glasses being worn at night.

In fact, there were a number of exciting variations on this outfit – whether it was the beautiful half-sleeved, double-breasted tuxedo jacket worn over a white shirt (with the satin bow tie loosely hanging around the neck, naturally) or the sumptuous deep space black, long suede coat worn over snakeskin leather shorts.  No matter what it was every moment hit its mark with precision. 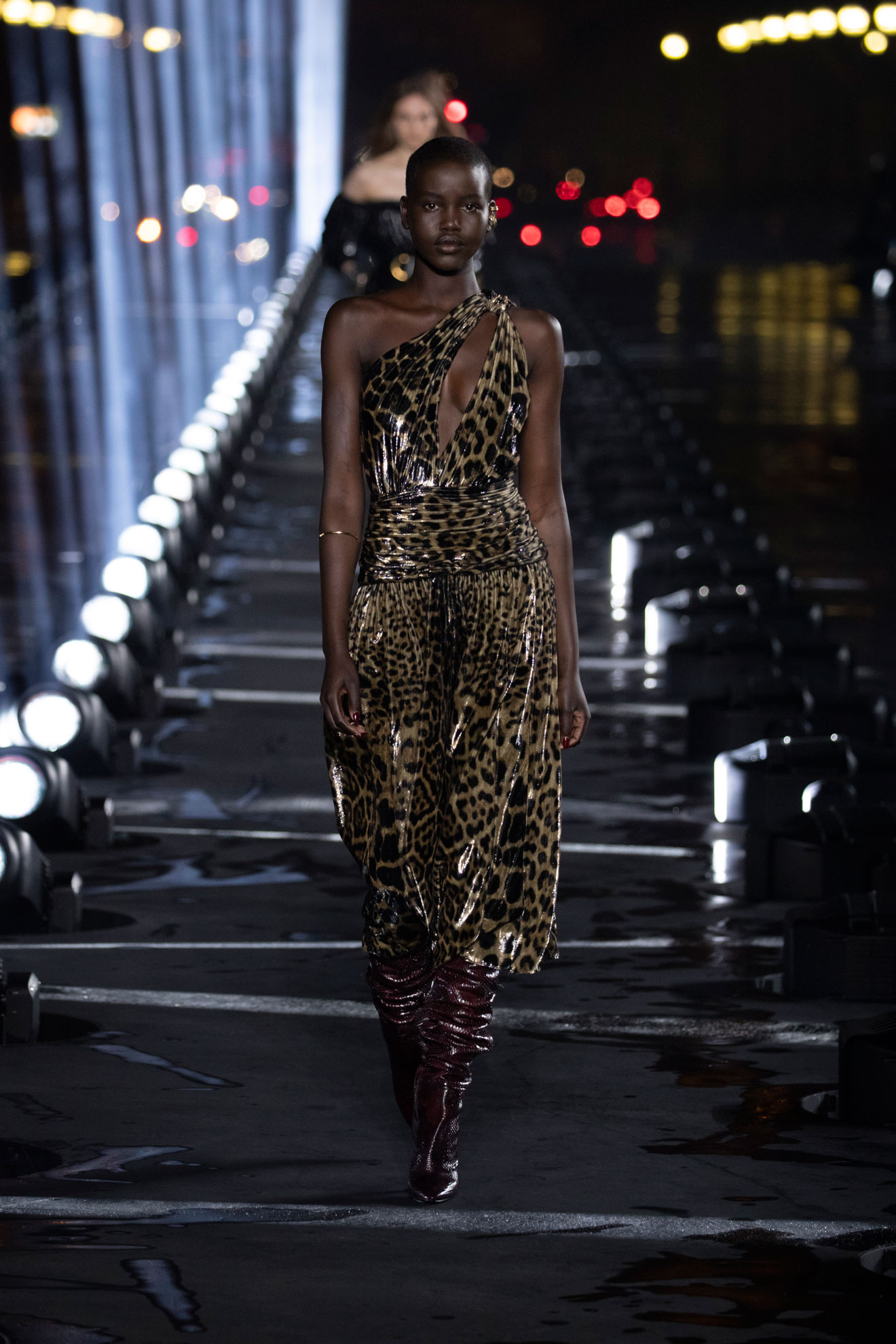 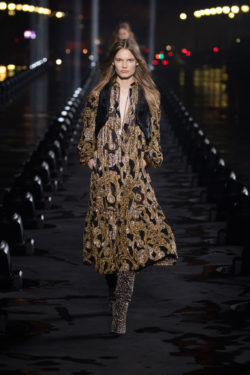 When black played the minor role in the outfits shown it was on things like the asymmetric halter neck jumpsuit in leopard print or as the base colour for the extraordinary gold brocade designs on a number of different pieces that came by (the calf-length coat being the most spectacular example). 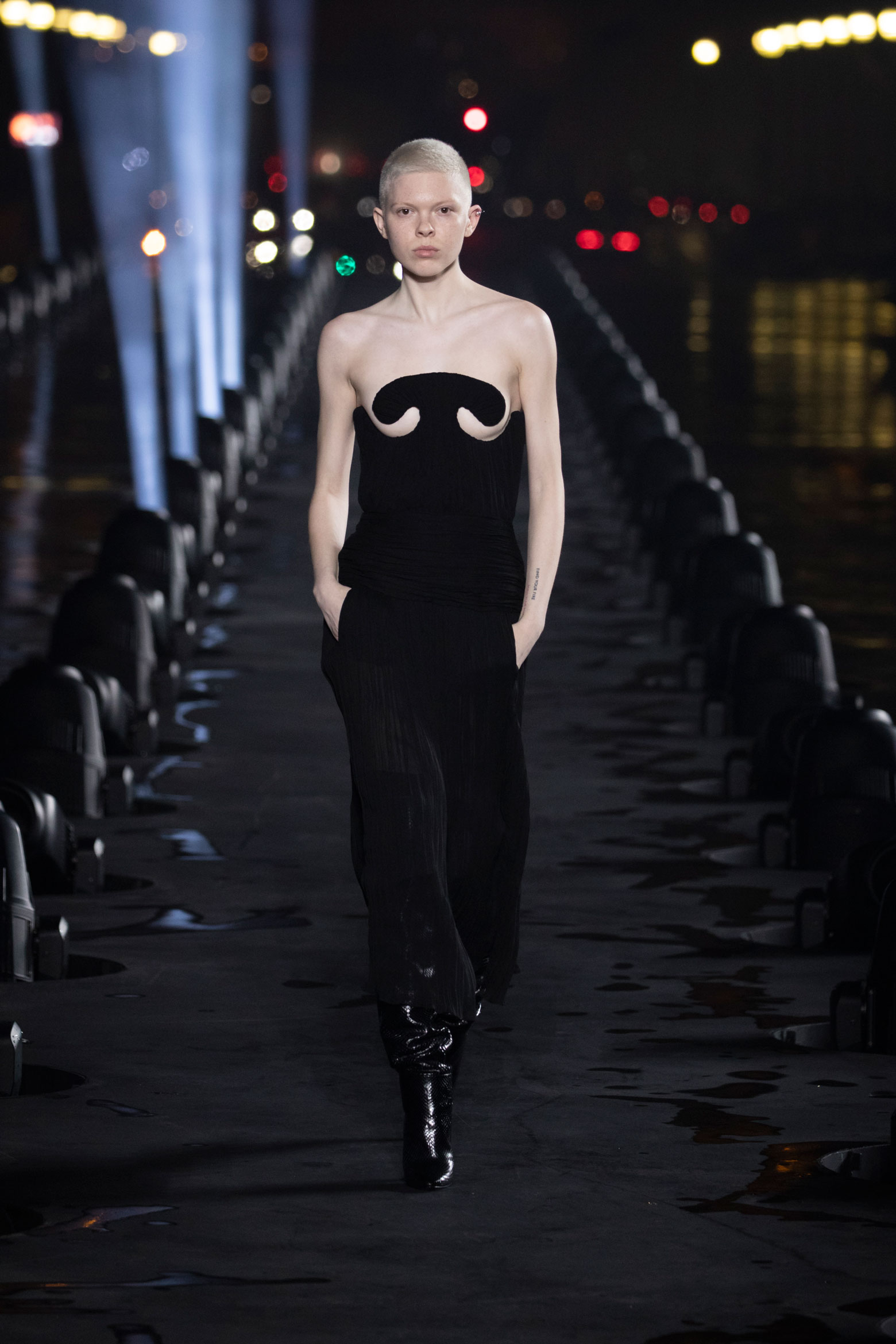 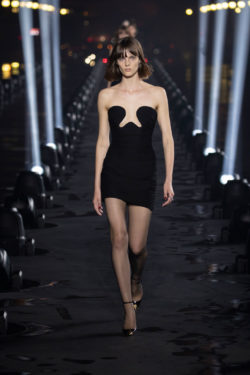 One of the reoccurring themes, as well as one of the highlights of the collection, were the tube and cocktail dresses featuring the cutout design around the chest.  It almost resembled someone behind the models using their hands to protect their modesty.  For the slightly older among you, the infamous 1993 Rolling Stone cover of a topless Janet Jackson being ‘cupped’ from behind by a disembodied pair of hands might be brought to mind.  There was also one suede dress where this effect was reversed, creating a style that would require maybe a little more bravery and adventure of the soul to pull off confidently.

Confidence was the essence of the collection – to bring out the inner confidence and use it as the foundation to not be afraid of using your own personal style and sexuality to make a real, if unspoken, statement in this world.  It’s clearly the thing that Saint Laurent is best at. 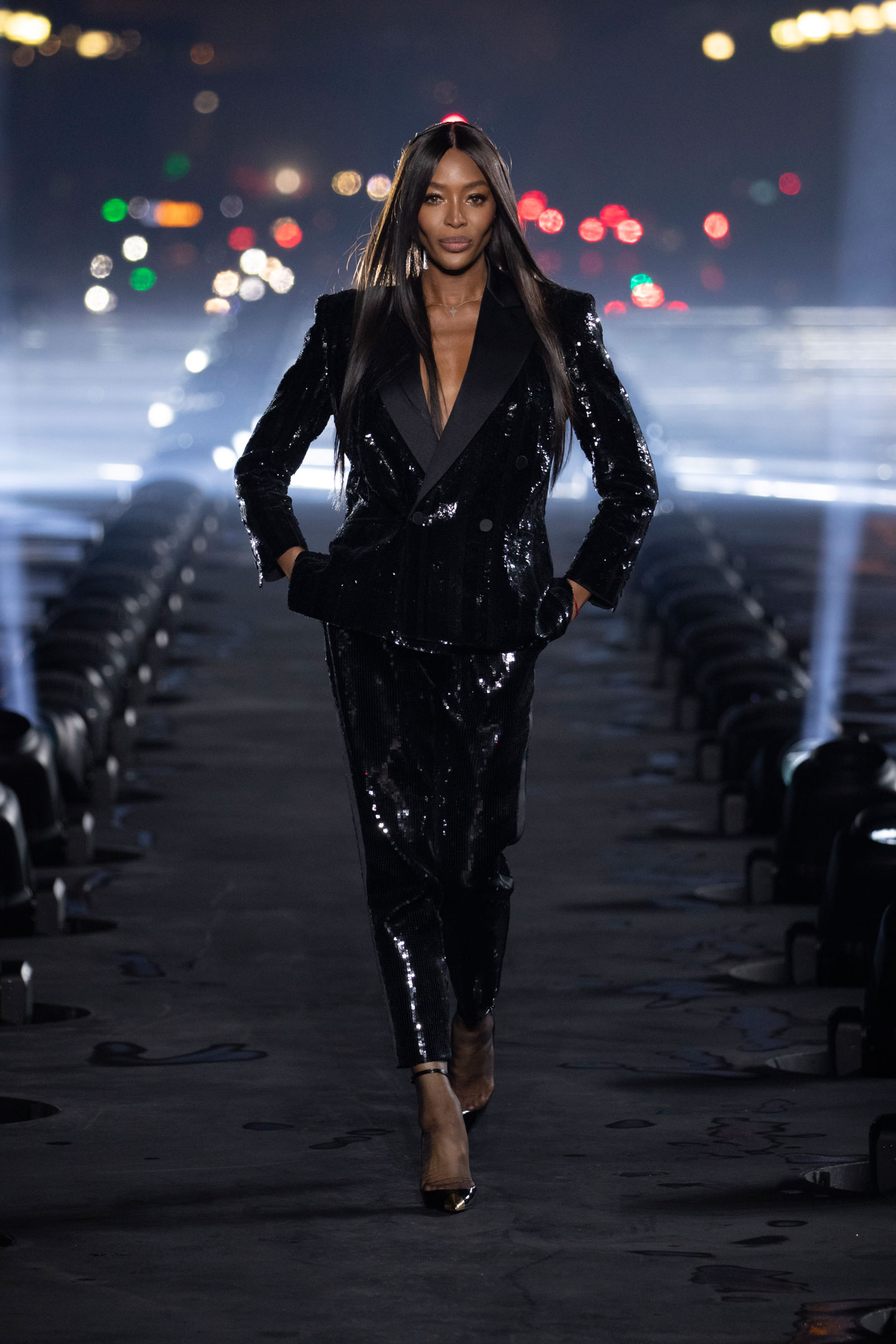 Click here for our last feature on Saint Laurent.