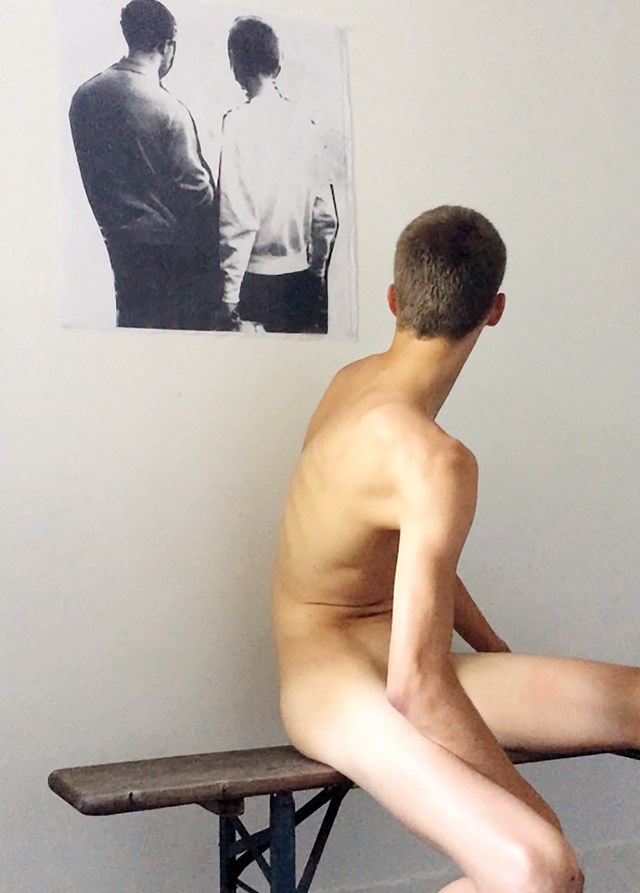 Belgian visual artist, writer, and curator Peter De Potter has long been known for his collaboration with fellow countryman Raf Simons, helping to define and refine the fashion designer’s aesthetic during the noughties, creating all his imagery between 2001 and 2009 and acting as art director for Simons’ book Redux.

While for the most part, he has pushed his own work via Tumblr and Instagram, he came back into public consciousness last year with his iconic work on Kaye West’s Life of Pablo whilst also releasing his first book The Vanity of Certain Flowers. His latest monograph All Statues Sing Protest Songs sees De Potter further explore themes of ennui and alienation in grainy black and white, desaturated colours, and collage.

Of the project, De Potter said, “All Statues Sing Protest Songs takes off on some kind of recharged energy. The majority of images speak of unrest and agitation, but in a hopeful way. The idea of building and constructing is really important – not so much in a utopian sense, but in an allegorical way. More than ever, I worked hard to make each image to stand on its own; each one is like a pocket pamphlet. There are a lot of black and whites, and bright reds and yellows – all vivid and urgent.

All Statues Sing Protest Songs is a romantic title. It conjures up a beautiful image; it’s both activist and melancholic. To me, it feels fitting in the current climate of political shifts and traumas. At the same time, I think it’s a stridently joyous line. The book comes with a zine-like booklet that acts as a compressed version of the book, but with different images. It’s on cheap paper and has a xeroxed look, which is a good companion to the more polished feel of the book itself.”

All Statues Sing Protest Songs is available to purchase from IDEA Books at Dover Street Market.