As is tradition, Paris closes out our look at the recent men’s fashion weeks.  We all now look toward September and October to see what the world will bring us.  Will it be a return to (a new) normal?  Or will designers and brands have to push their digital inventions and reach for engagement even further?  One thing does seem almost certain.  Whenever that ‘normal’ does finally come, it’s probably going to bring with it a hybrid digital/physical form of fashion weeks in the future.  Until then, these are ten of our favourite shows and collections for PFWM S/S2022, in no particular order: 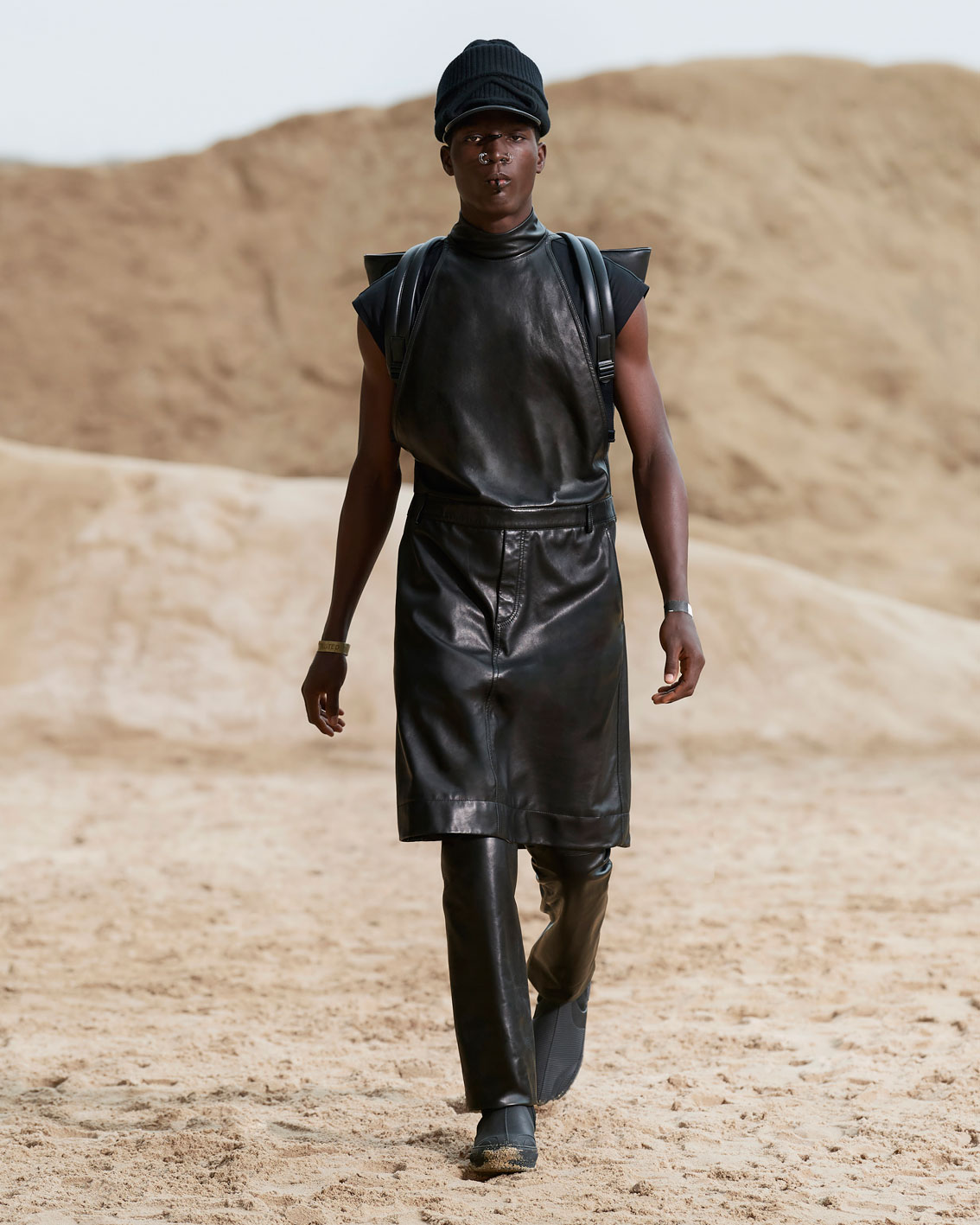 Riccardo Tisci’s show film gave us a real sense of urban modernism, with a bit of futurism on the side.  Burberry’s famous checks didn’t make an appearance as we were treated to abstract graphic prints, muted colour palettes and strong yet intriguing urban silhouettes featuring lots of black, and often in black leather.  The sparse show film shot around Millennium Dock is East London framed it all perfectly. 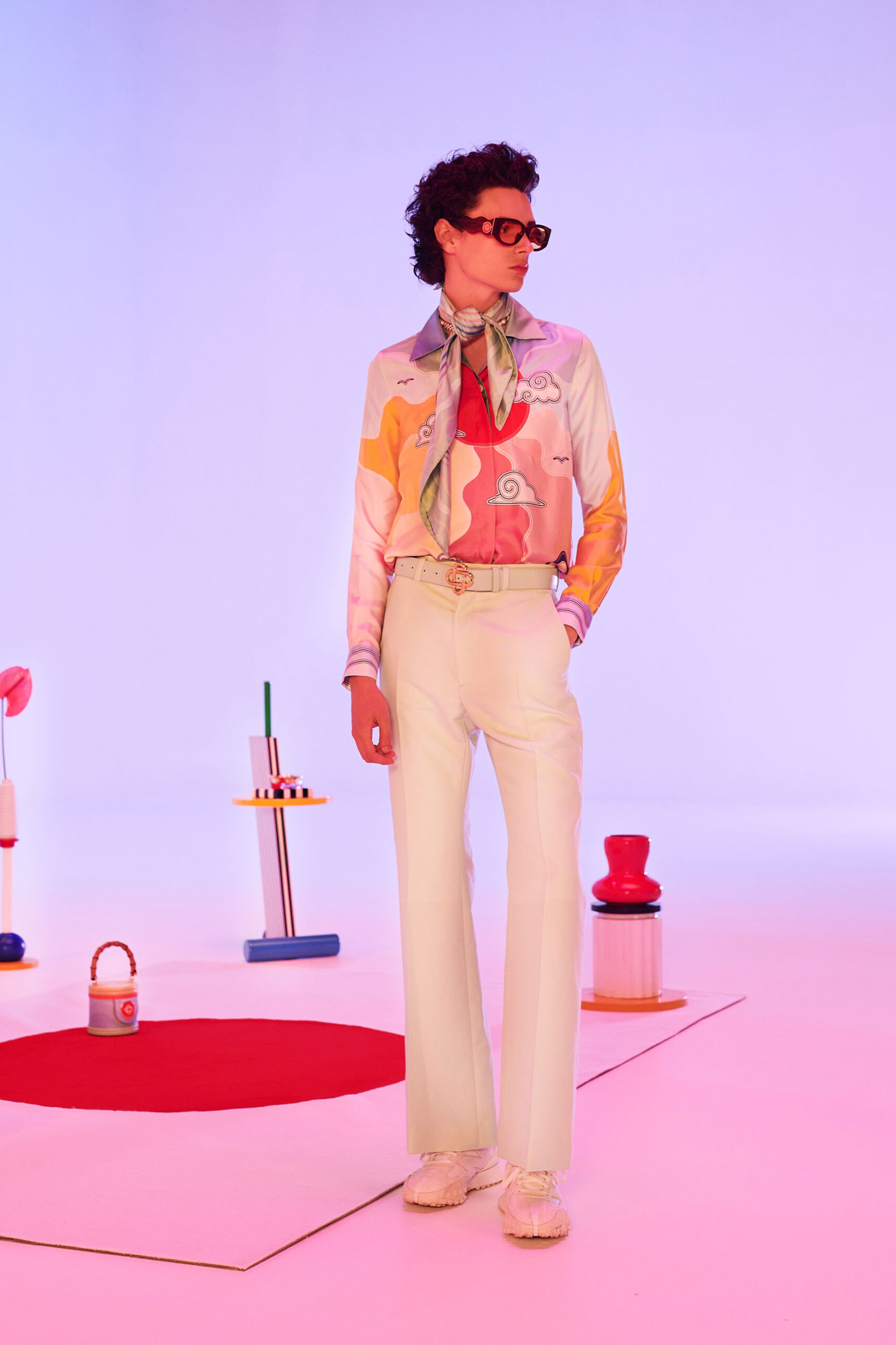 By contrast, Casablanca went to the other end of the spectrum for their sharp and colourful summer collection.  And it wasn’t just the colours, but how those colours were used.  White shorts with contrasting pink and green wave patterns at the hem are meant to compete with the sunshine to get you noticed next summer.  The show film was equally built to fit.  It was almost like a parody of a Ceaser’s Palace promo video, circa 1972 – complete with funky disco music. 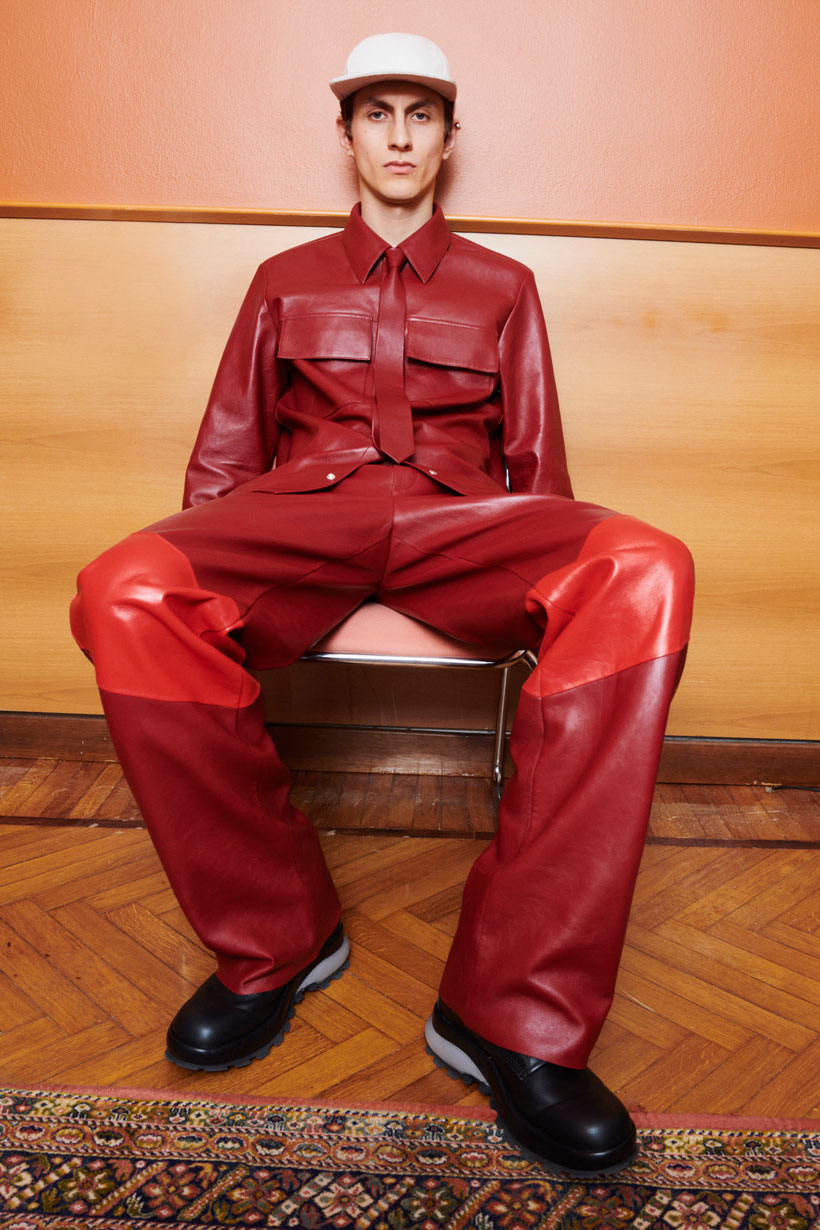 The Jil Sander show film took the path towards avant-garde art, with a presentation almost entirely in split-screen and complete with snippets of discordant voiceovers and musical tracks.  Creative directors Lucie and Luke Meier chose to use their colour palette as the standout features of the Sanders S/S2022 collection.  Full mono-colour blocking appeared regularly in bold and vibrant tones, as did the colour contrast pieces in graphic patterns and shapes.  Maybe the split-screen was to help us focus on more than one thing at a time. 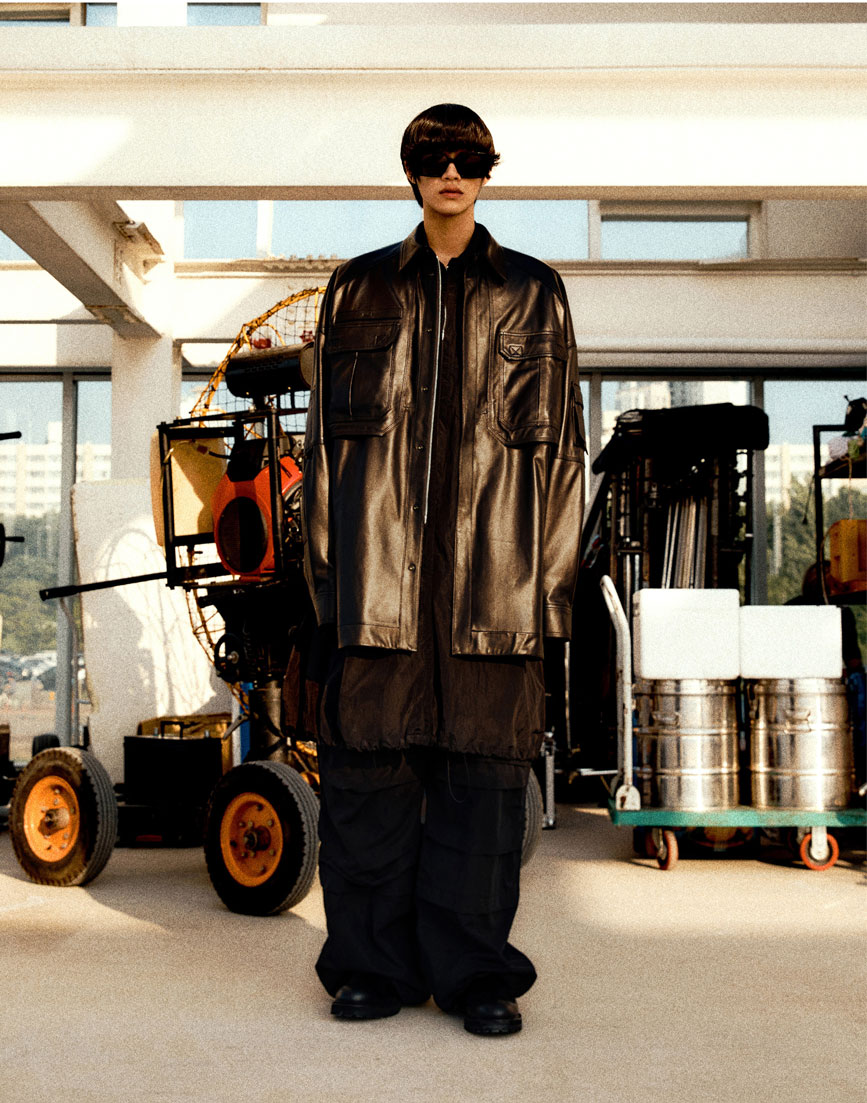 Seoul native Juun J brought us a summer collection defined by cut, silhouette, innovation and movement (both in the ease of movement wearing them and the movement of the clothes as they caught the breeze).  Ultra-light synthetic fabrics feature most throughout the collection and it’s used to build the ultra-modern, city dwelling narrative hinted at by the laid-back funk score on the soundtrack. 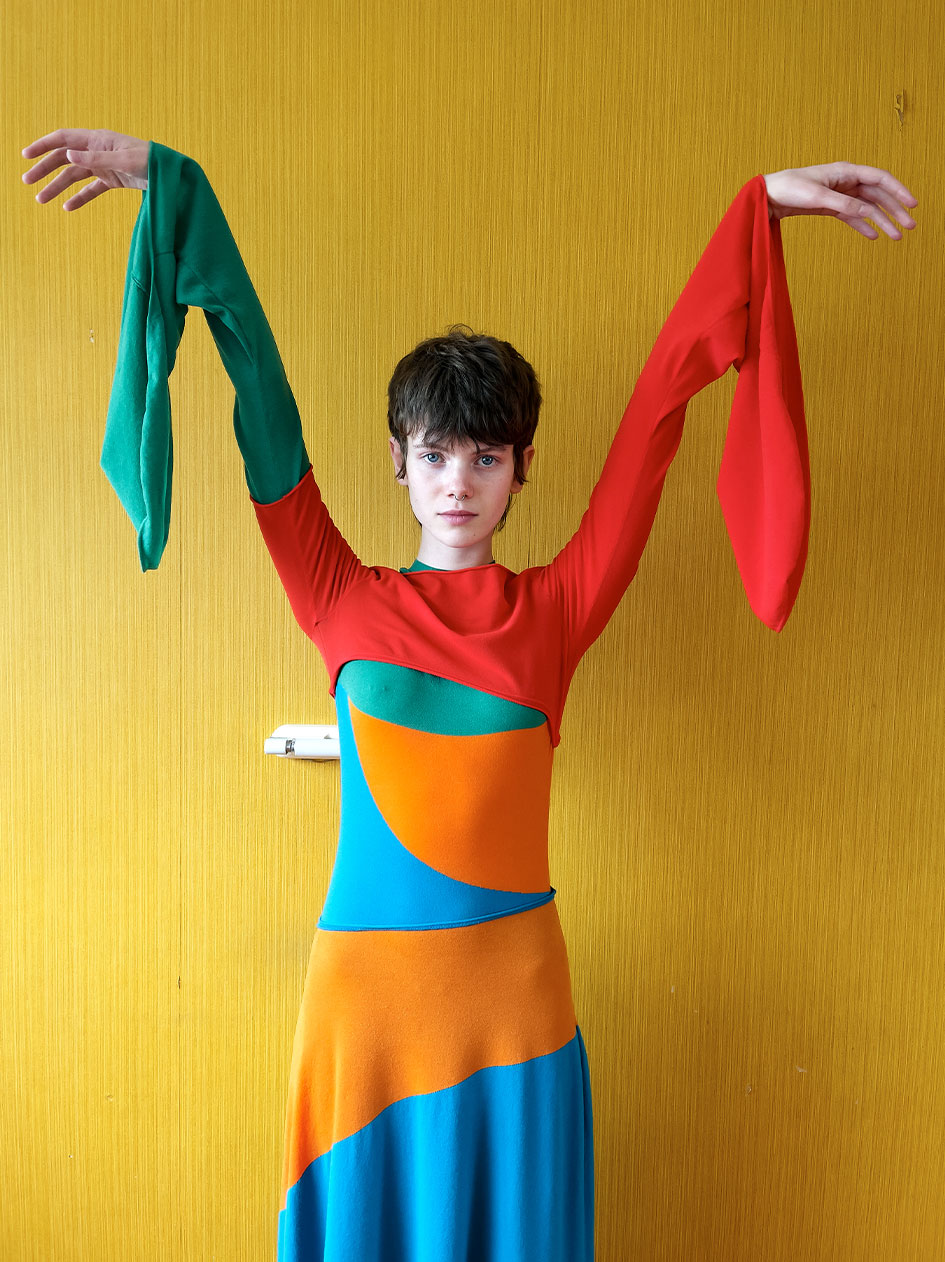 Jonathan Anderson again took the more low-key approach to fashion week by sending out a box set containing images for the collection, accompanied by their own set of frames so they can be individually displayed.  The show video featured Jonathan himself in a short explainer about his collaboration with Juergen Teller for the shoot.  It all had that raw and real feeling to it that was mirrored in the JW collection itself. 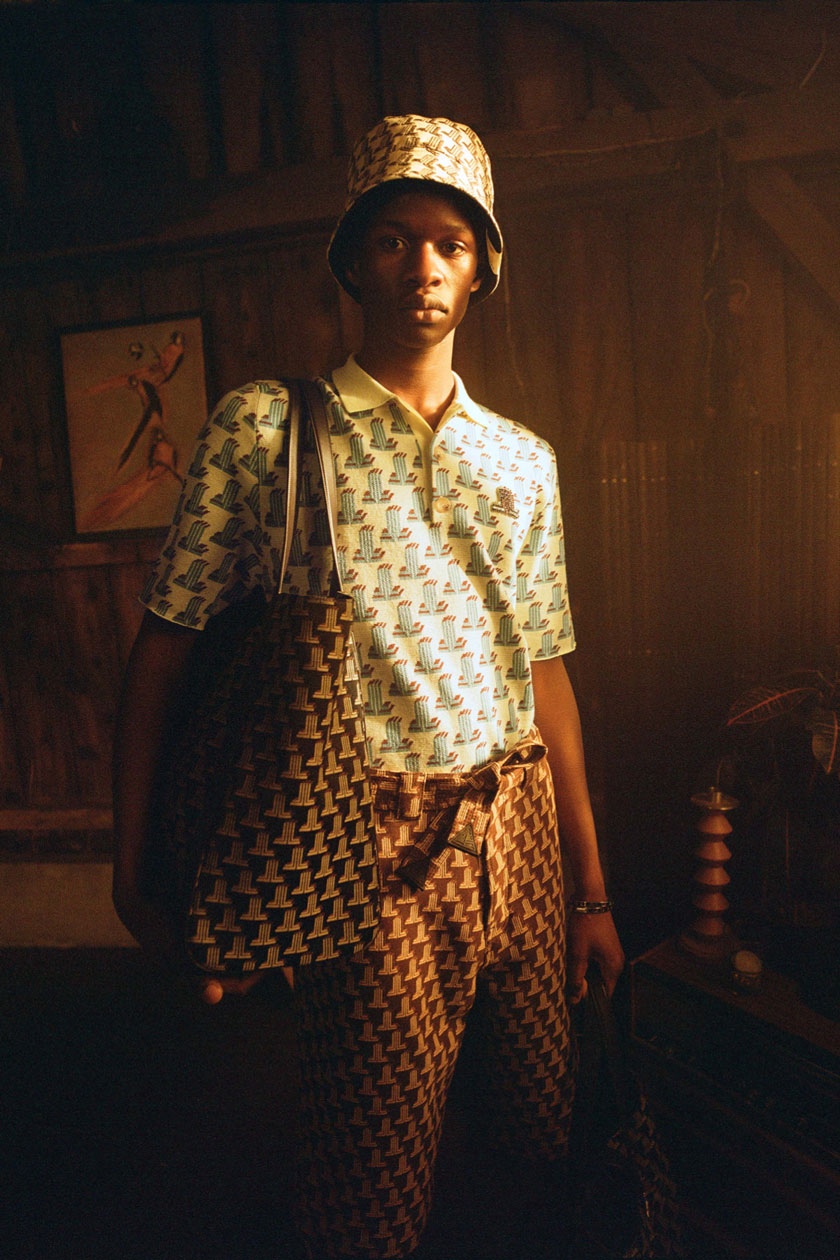 Lanvin’s show film was like all the events of a summer holiday rolled into a three-minute film focused on a daydreaming backstage model.  Suddenly, we were taken to a beachside cabin where the model and her friends whiled away their summer in the Lanvin collection.  This played right into the youthful visions of mini skirts, logo print sweatshirts, relaxed suits and vibrant colours. 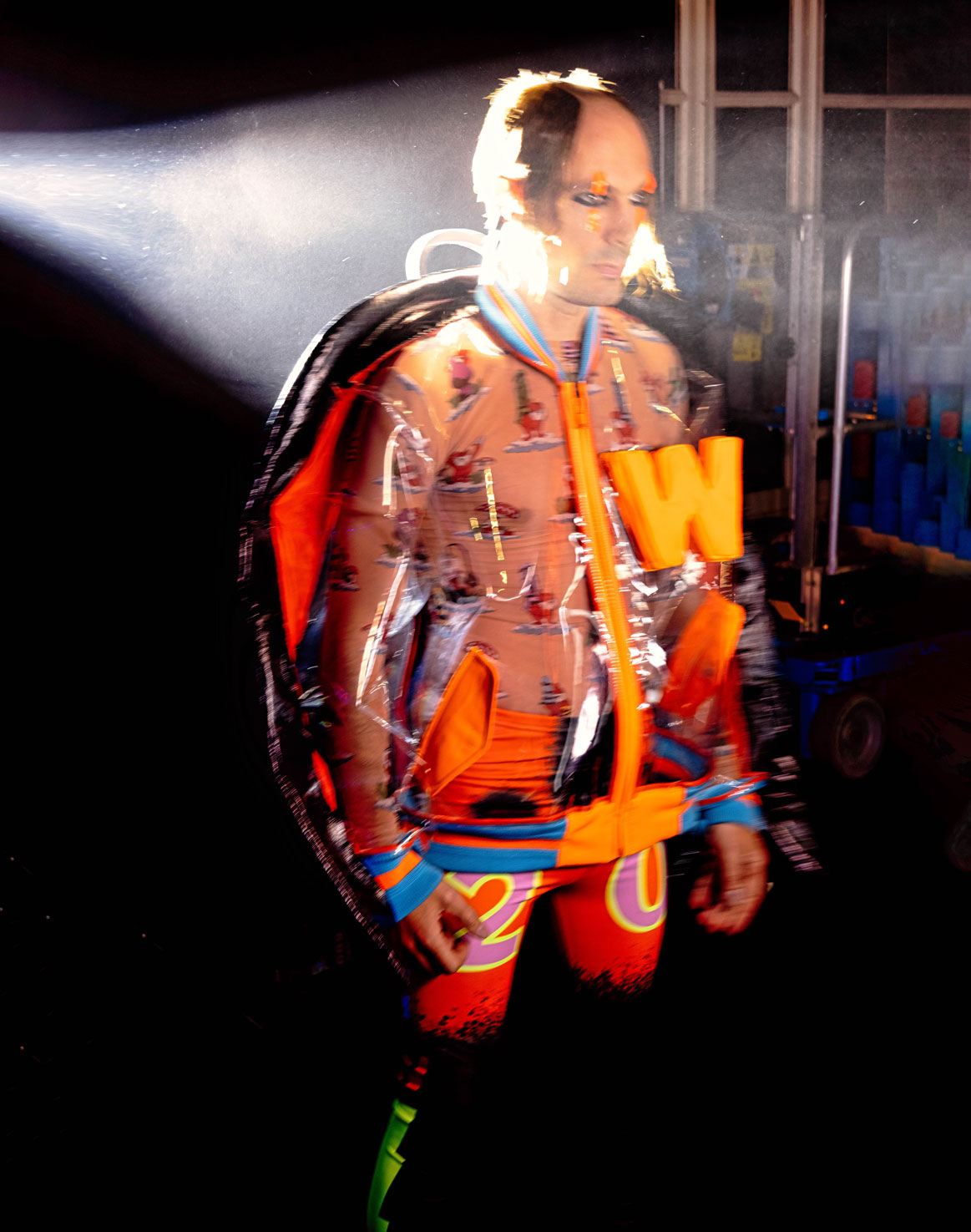 A number of designers used their fashion week opportunity to show what they would like to be doing, as well as what they’d like you to be wearing next summer.  Walter Van Beirendonck was one of those designers.  Driving techno music, a rave setting and neon lighting was the only way to see his fluid creations.  Gender neutral tailoring, bright citrus colours and fluorescent graphic detailing brought a refreshingly unique perspective to life next summer. 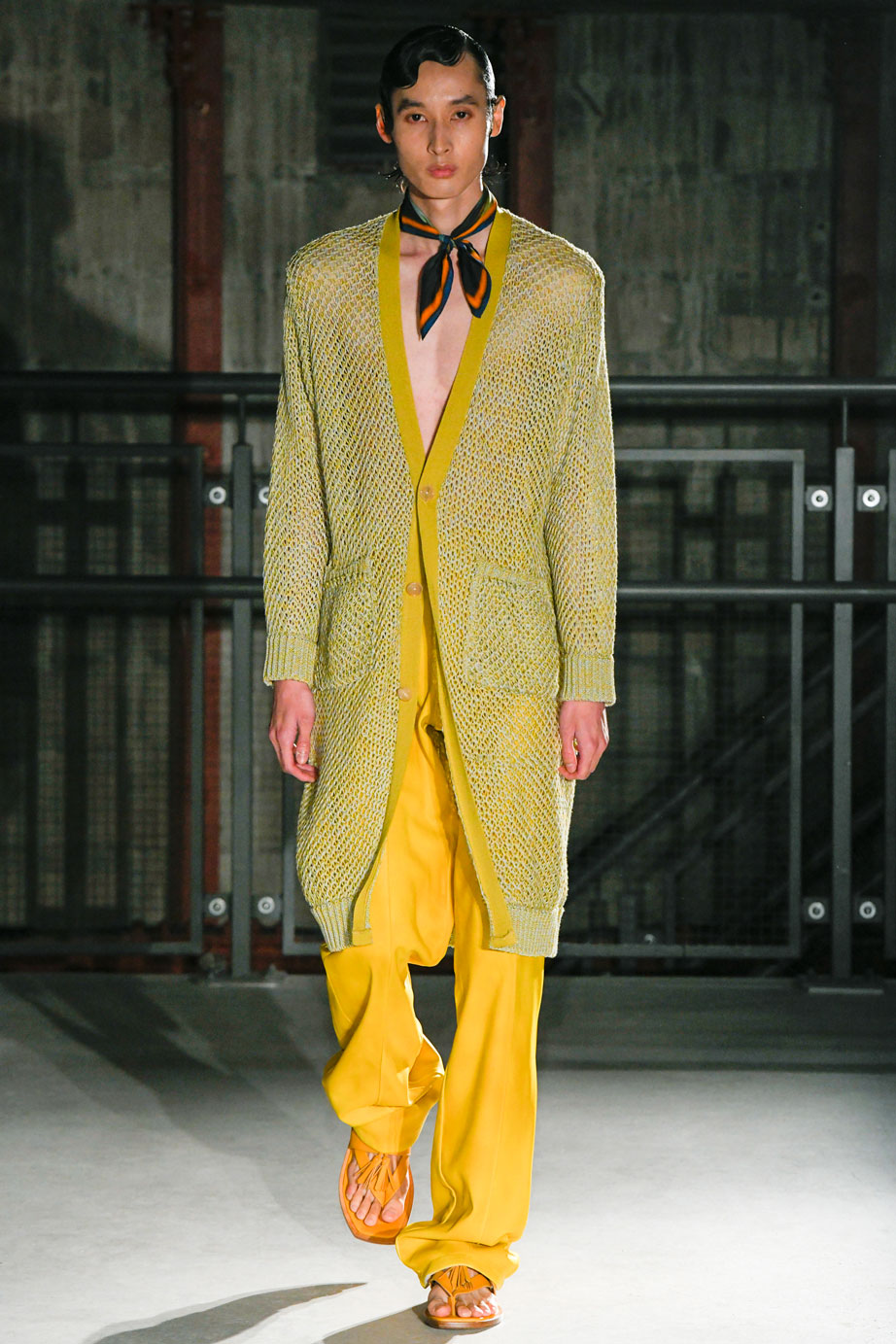 Takuya Morikawa, the designer behind TAAK, put together a short documentary for fashion week that enabled us to get a little deeper into the thought process behind his S/S2022 men’s collection.  The film starts with Morikawa posing some philosophical questions about the exceptions in nature, which he then proceeds to answer via a concise journey into his collection. It’s fascinating to witness how his interpretation of nature and the environment shaped and influenced his designs. 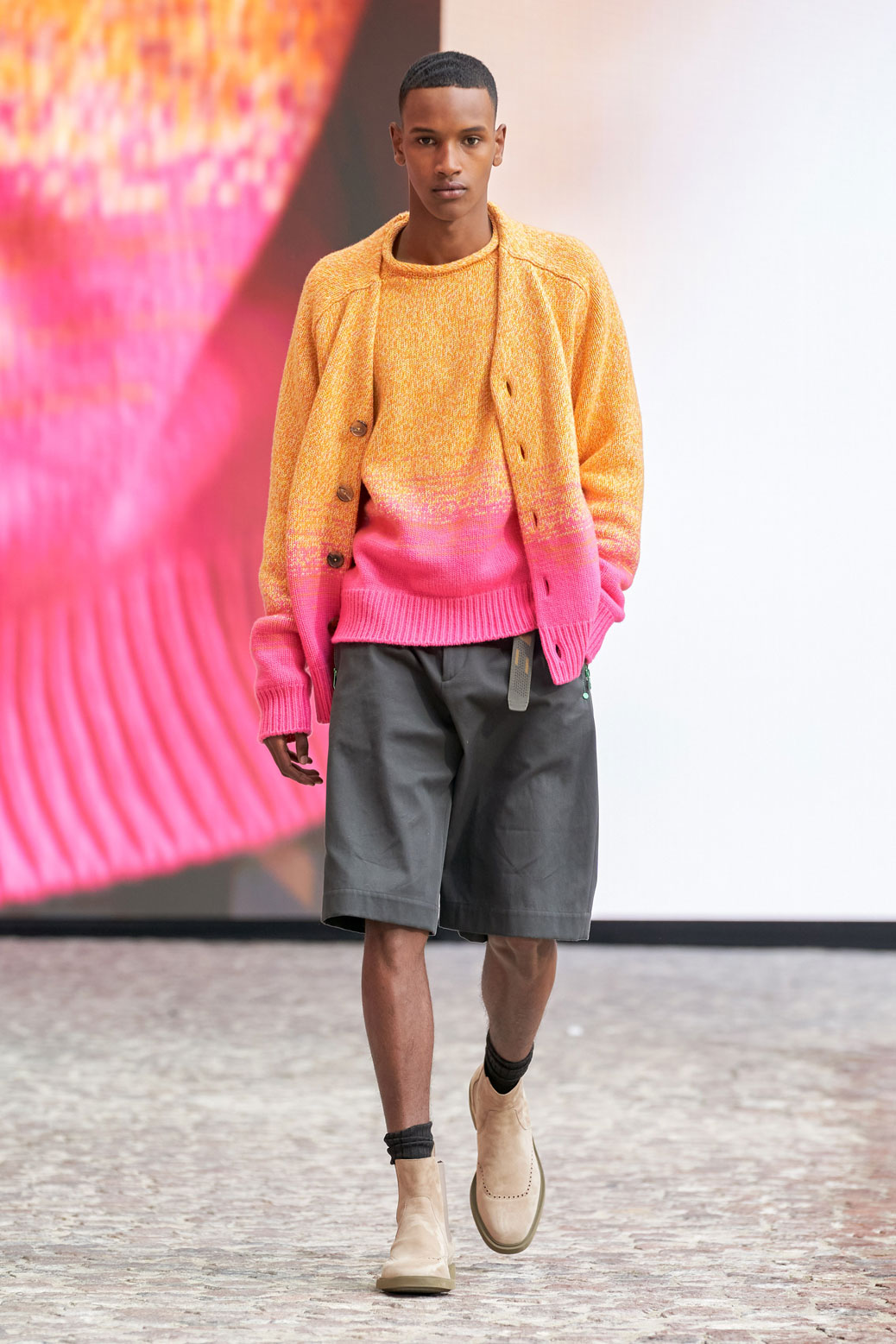 Simple, precise and innovative yet relaxed would be a good way to describe both the Hermés show film and collection.  The famous heritage still underwrites the entire collection, but the contemporary prism it has been interpreted through is what makes it stand out.  The colour palette was clean, cool and muted with flashes of surprising colours, and the cut was meticulous but roomy.  The best of all worlds. 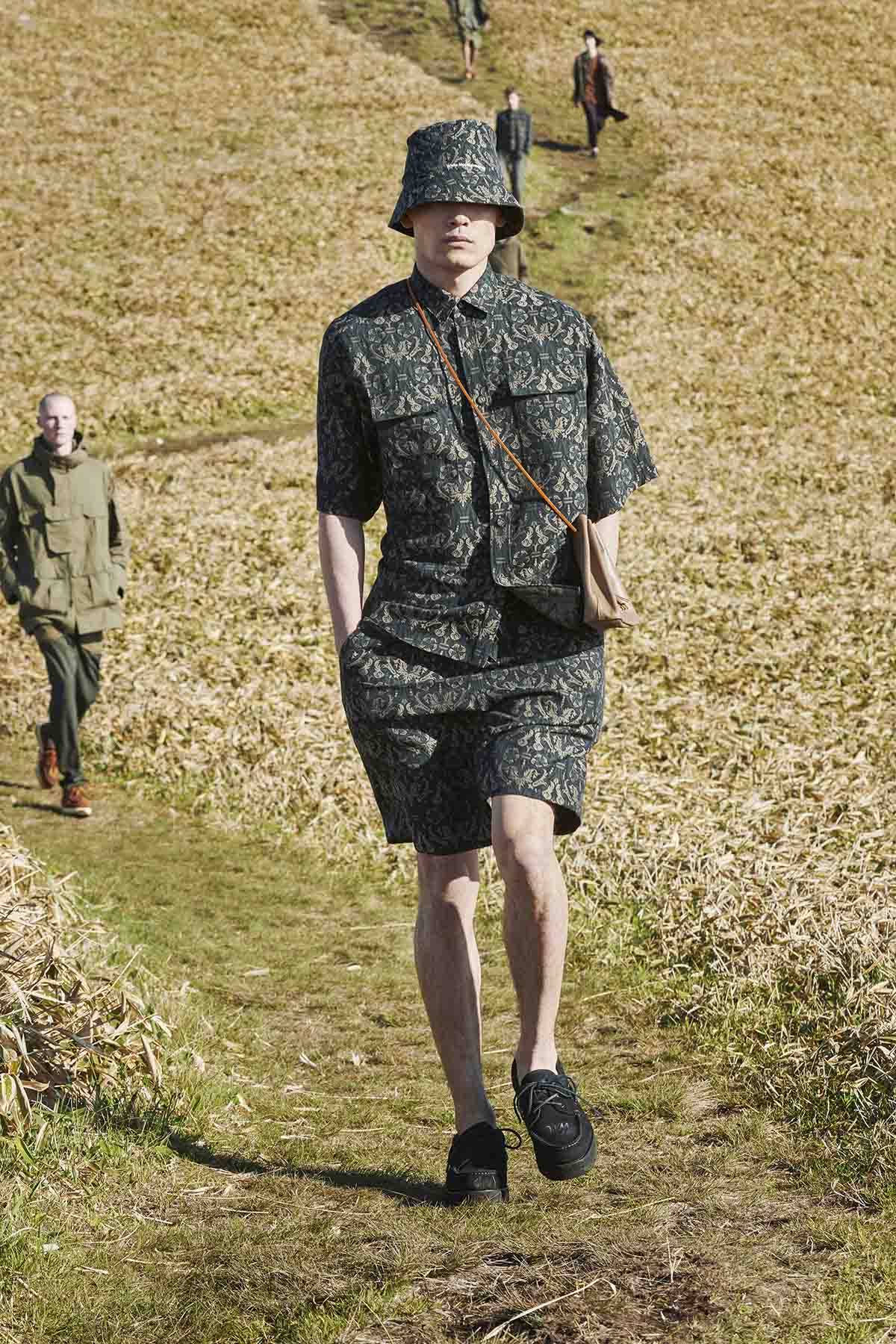 The Tokyo based brand lived up to its outdoor-wear inspirations and took us on a serene walk through nature for their show film.  At points, the colours in the collection perfectly blended with the lush scenery.  Cleverly blurring the line between outdoor and streetwear, the new S/S 2022 collection from founder Yosuke Aizawa sits in that sweet spot of transitional clothing – but with clever uses of cut and detail.

To see our round up of Milan Fashion Week Mens S/S2022, click here.