Men’s fashion week in Milan felt familiar but different at the same time.  For one thing, the show film has now become a regular substitute for the catwalk.  But, at the same time, there’s a sense it could also be the last of its kind (in this form) as a new era finally begins to take hold.  We previously highlighted the Dior Cruise 2022 show film as an example of how to hold attentions in the middle of so many distractions.  These are some of the show films and collections from MFW that stood out, in no particular order: 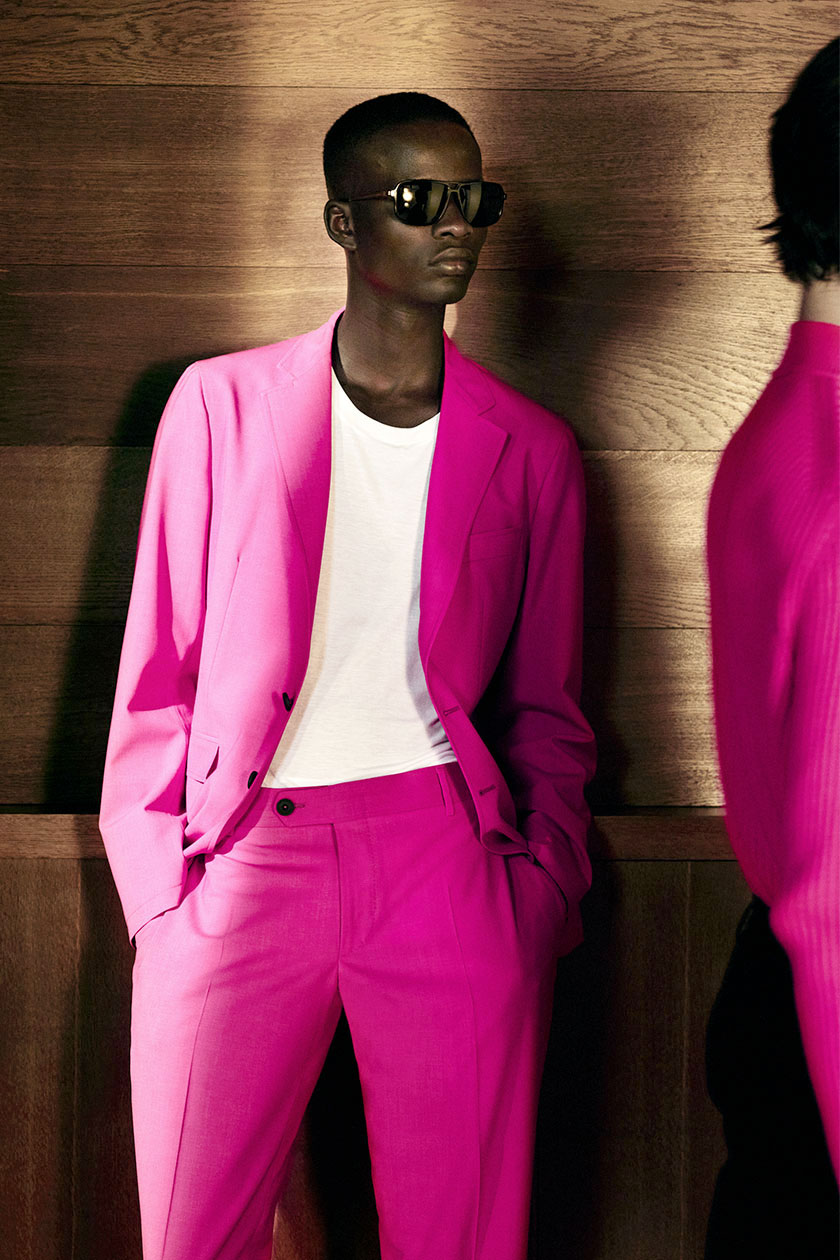 Canali’s show film was short and to the point.  There’s a wealth of italian tailoring heritage here and it was enough just to get a snapshot of the 90’s Miami aesthetic that will be describing the Italian brand’s summer next year.  One of the stand outs of that summer will be this shocking pink, easy fitting single-breasted suit. 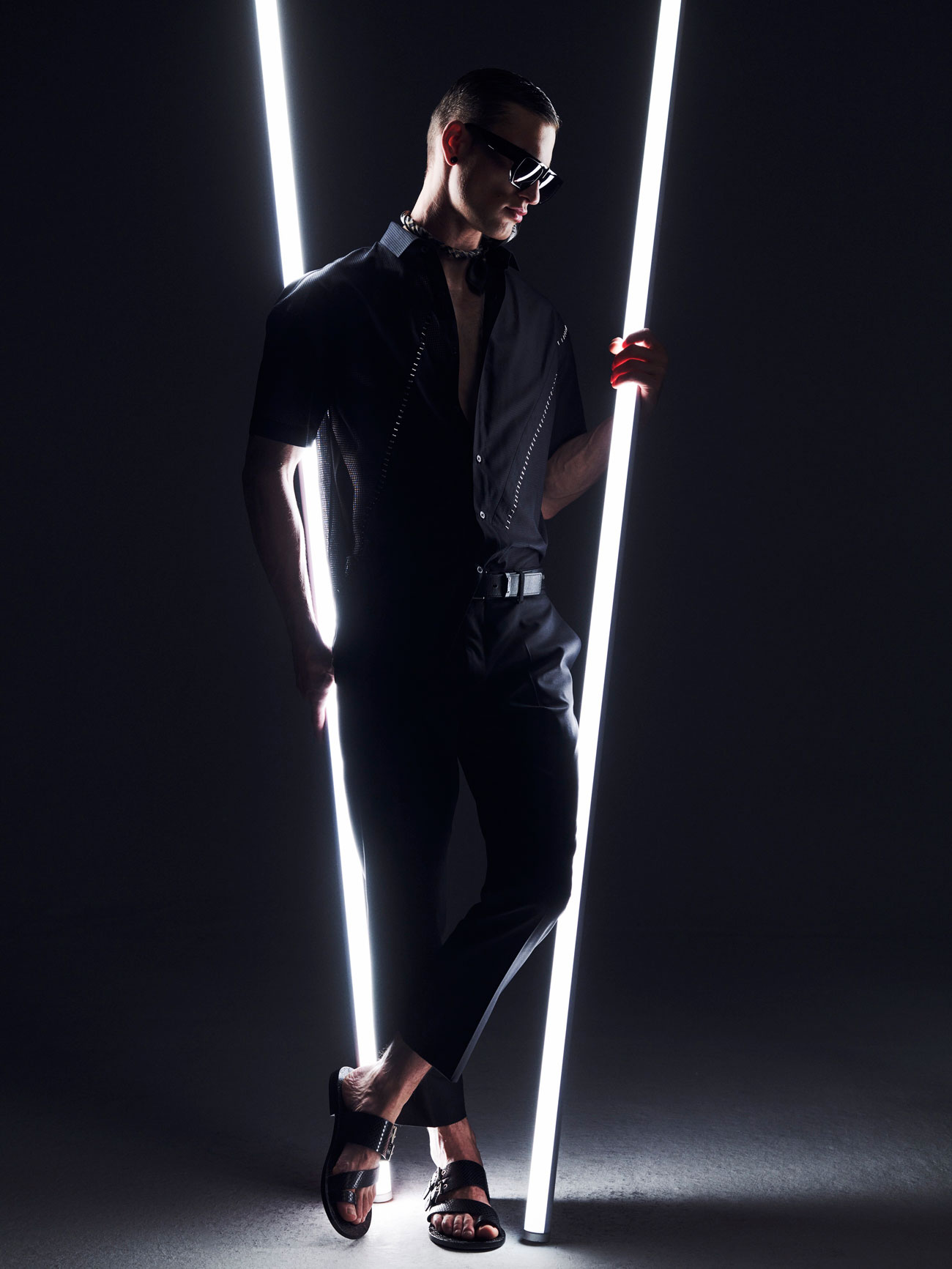 If the music didn’t tell you, then the collection and production values on the show film did.  Les Hommes wants to be enjoying the nightlife again.  Metallic accessories and embellishments polished to a mirror-like finish work best against black and in a neon light environment.  The young, contemporary silhouettes for both guys and girls reinforce the theme. 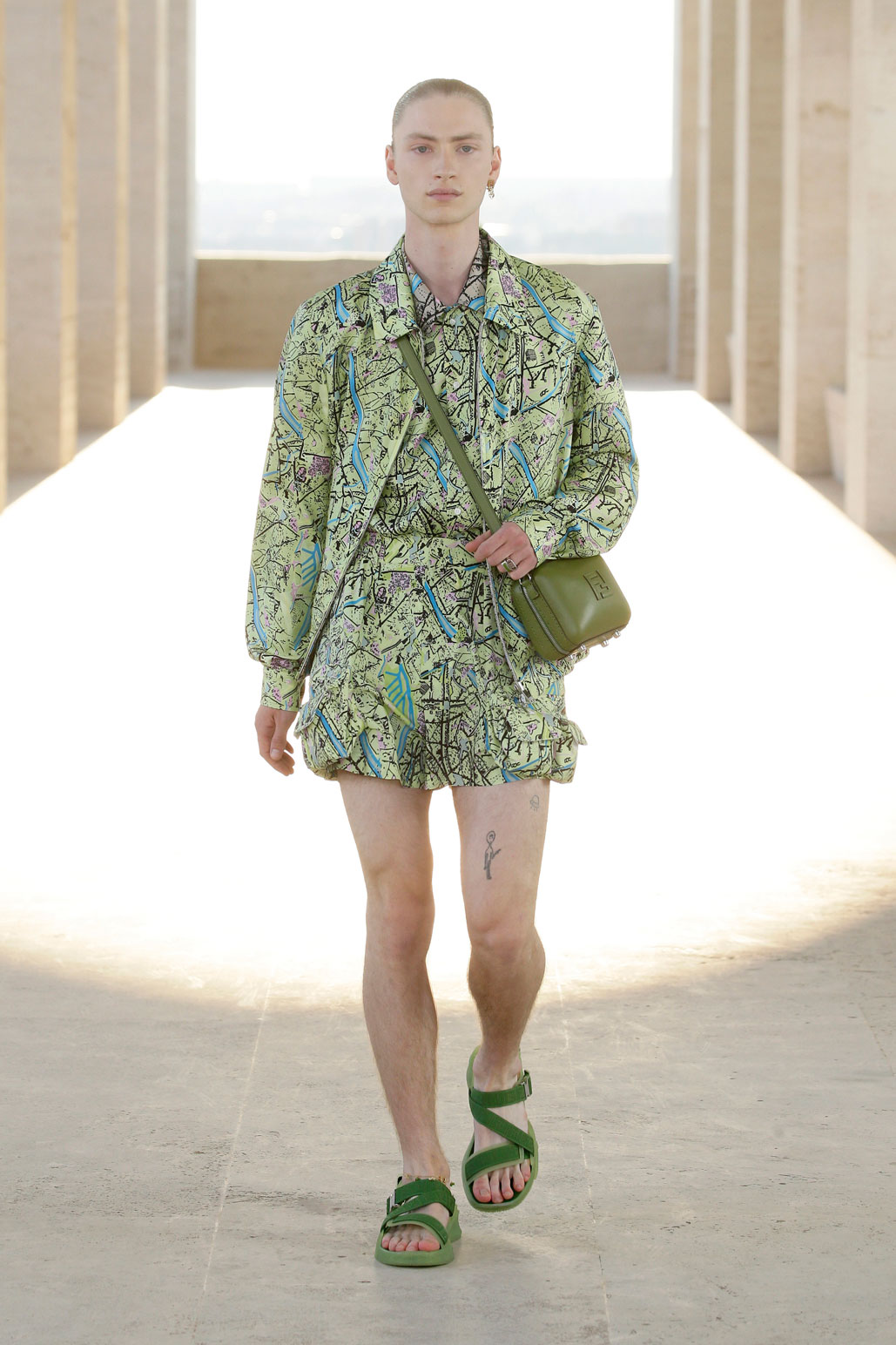 The backdrops for Silvia Venturini Fendi’s show film for menswear were a visual ode to Rome.  She used the dramatic cityscape and beautiful lighting to show a collection that expertly gave us a new take on striking, gender neutral silhouettes.  Cargo shorts were still adorned with all the pockets we always lose stuff in, but the fabrics were softer and the hems exposed acres of thigh.  Suits were sliced at the torso and mid-thigh for really interesting new ideas on the familiar. 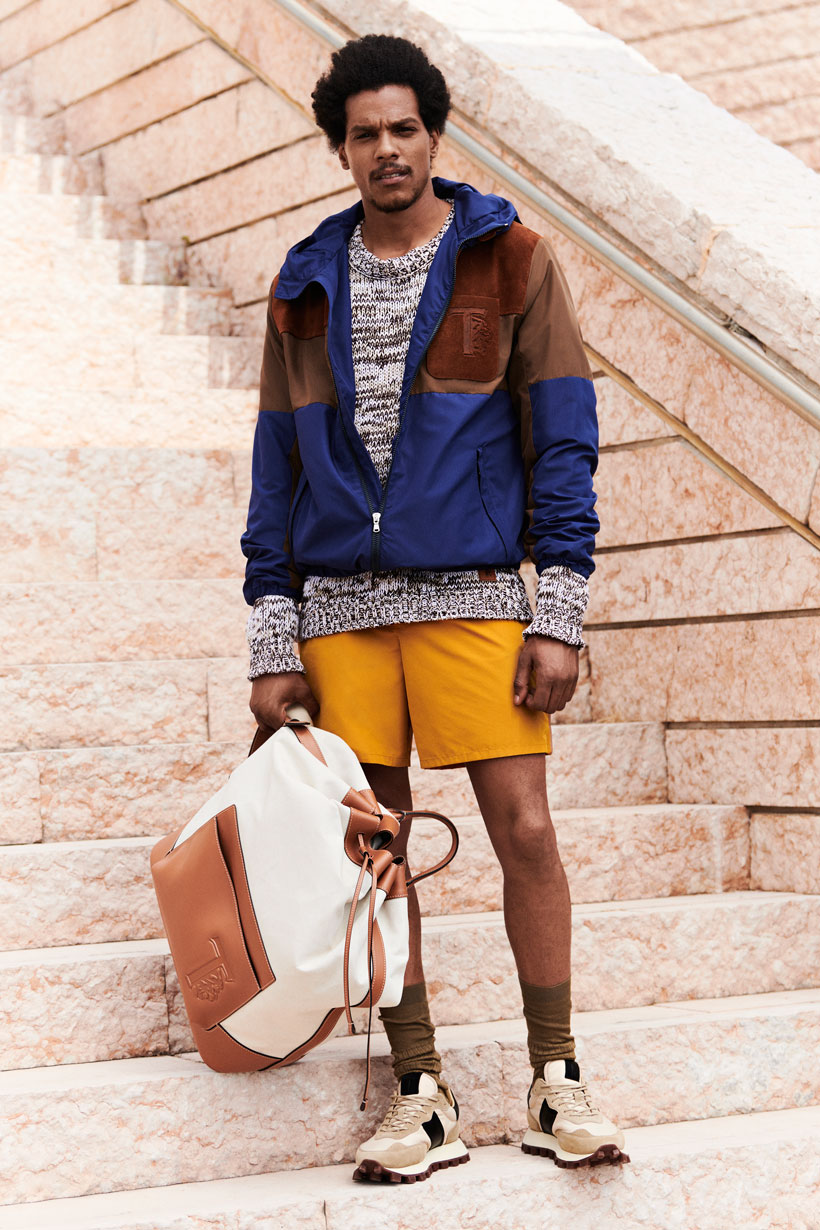 TODS also used the unfair advantage of Italian scenery for a show film called, Under the Italian Sun.  With it, Walter Chiapponi again reinvigorates the brand’s heritage with modern, urban  subtleties that speak to the eye.  The colour palette also tells its own story, with the neutrals and tans broken up with an eye-catching Mediterranean blue seen in the trench coat and the shirt and trousers combination. 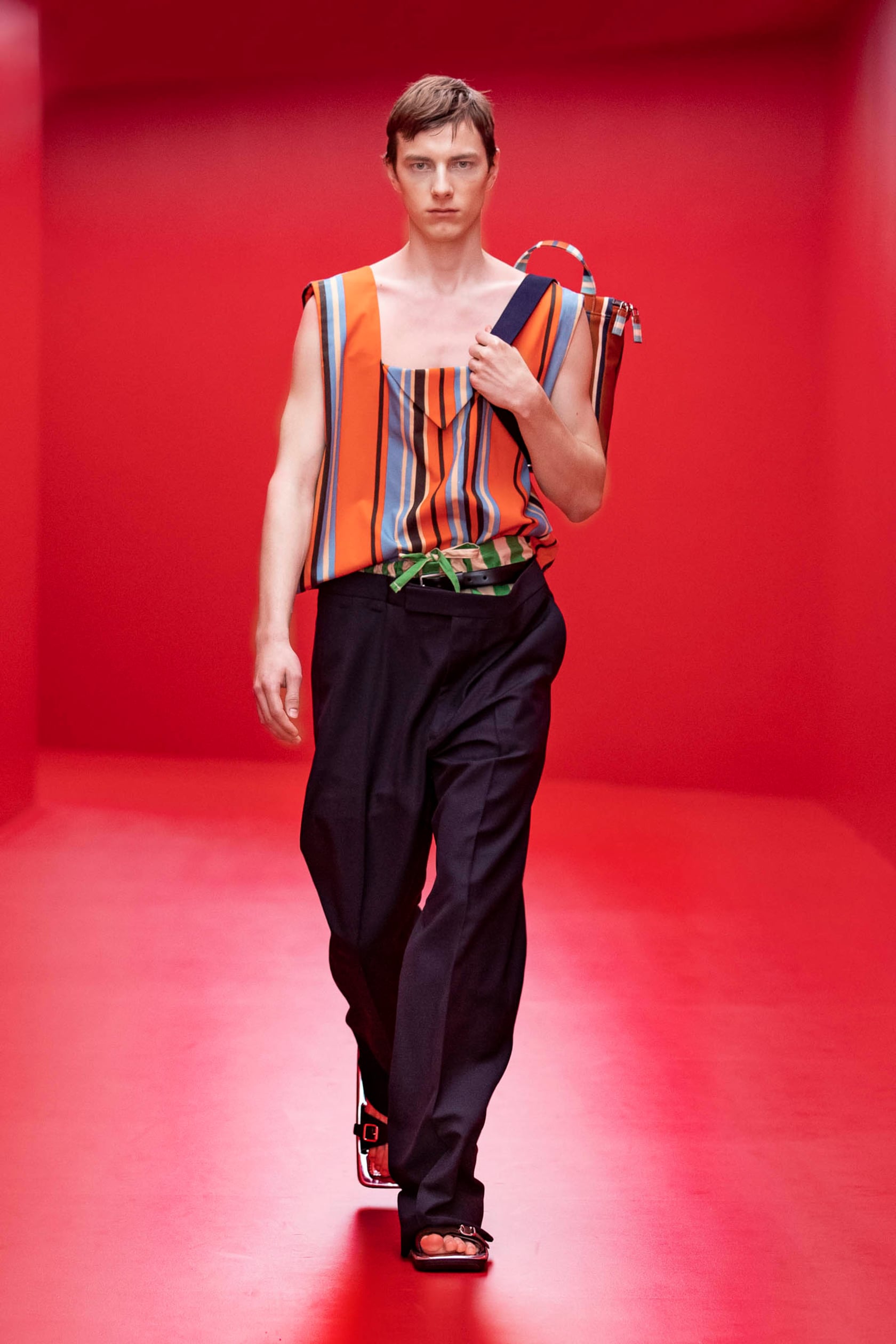 Muiccia and Raf continue to develop a new creative dialogue for next summer with a men’s collection that saw a unique new spin on the ‘day out at the seaside’ theme.  A long blood red corridor suddenly led straight out to a sandy beach.  Equally as suddenly, the colourful vertical stripes, thigh-high shorts and bags that even resembled sand buckets began to resolve right before us. 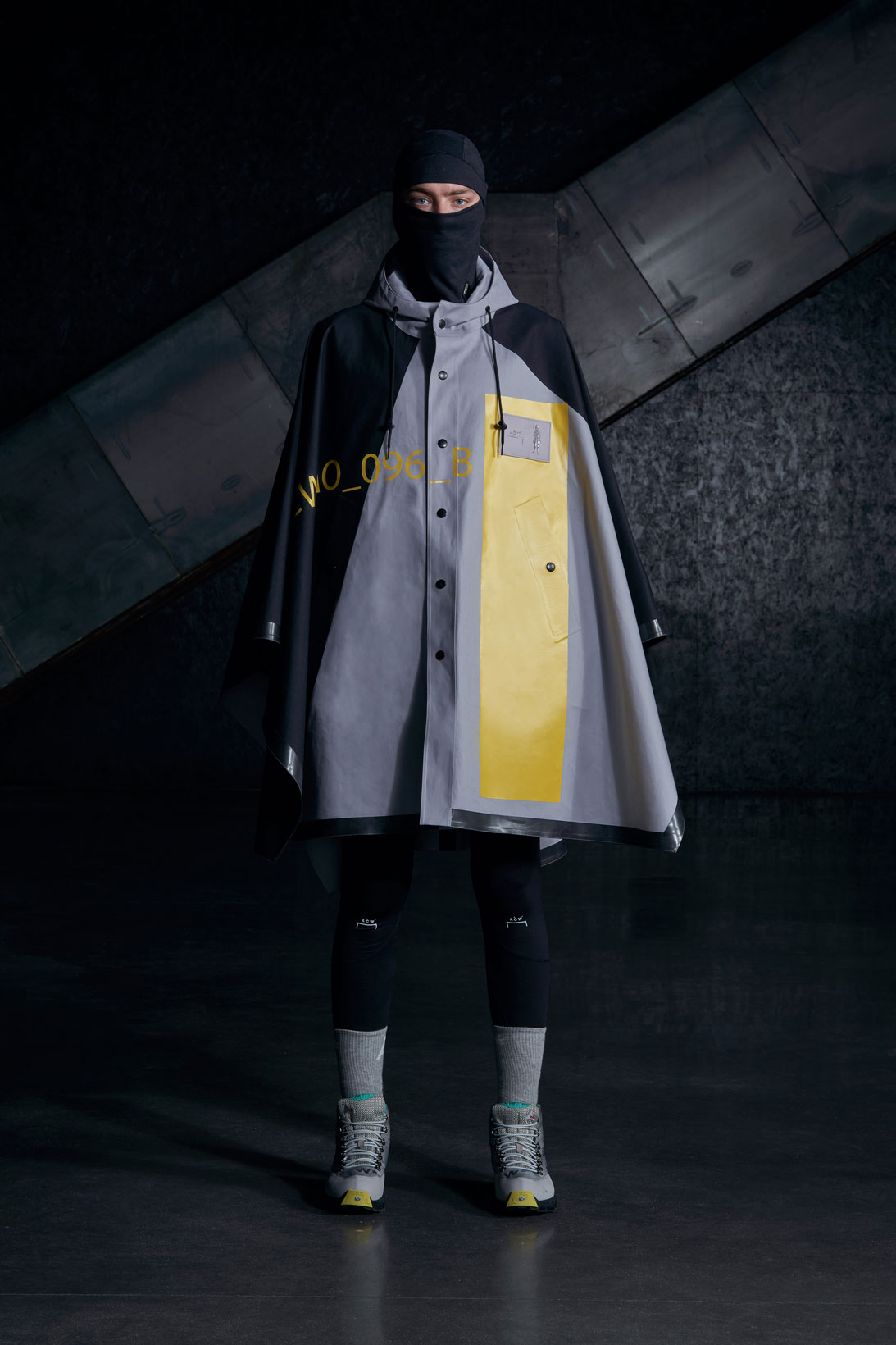 Samuel Ross doesn’t just have a unique conceptual eye for men’s clothes.  That different kind of creativity can also be seen in the way he has used the film format to present his collections over the past few seasons.  The flashes of urban futurism in the re-purposed Kevlar vest hints at a reality that is reflected in the drama of the film itself.  Intriguing silhouettes and colour reflection motifs draws you in even further. 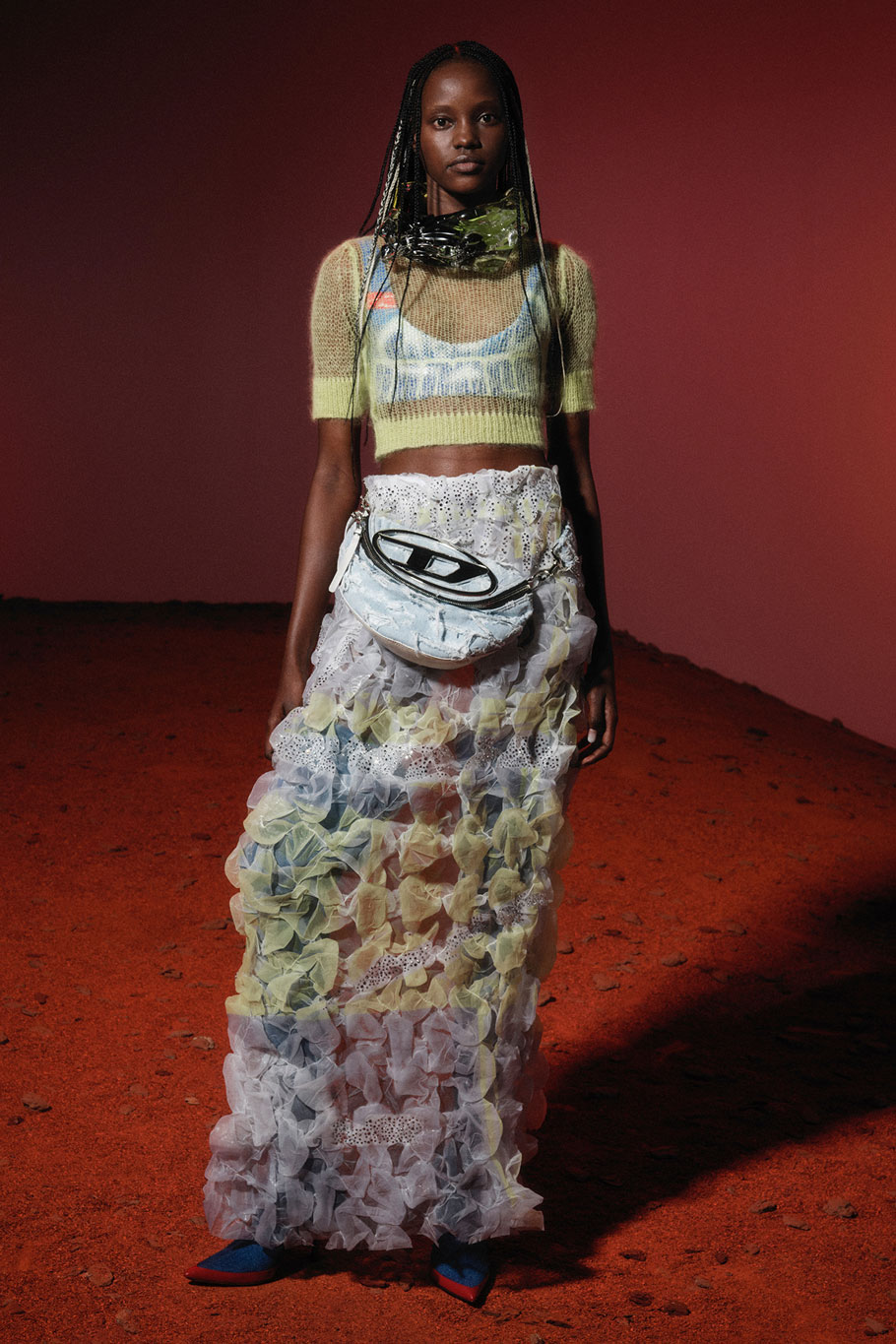 Coming around on the inside is Diesel’s new creative director Glenn Martens and his first collection for the jeanswear brand. Like a few others, Diesel showed both men’s and women’s in their show film and immediately you could feel impact Martens has had.  New silhouettes, particularly for women, that haven’t been seen before fit perfectly with the film that – taken all together – feels like a statement of intent. 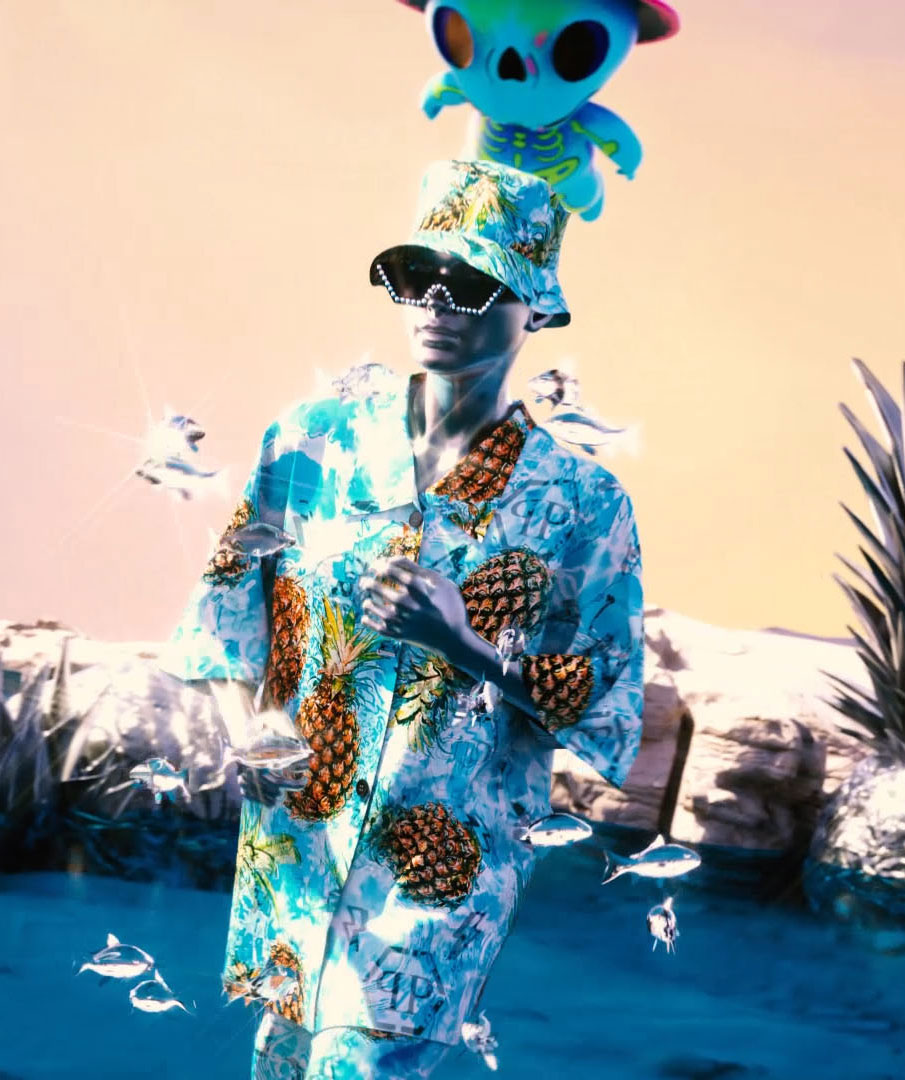 The Philipp Plien show film would be hard to explain.  Here we were submerged into a completely different, computer generated universe.  It was like the world’s most fashionable re-make of Fantasia.  Of course, that’s fits right into the Philipp Plein cinematic universe. 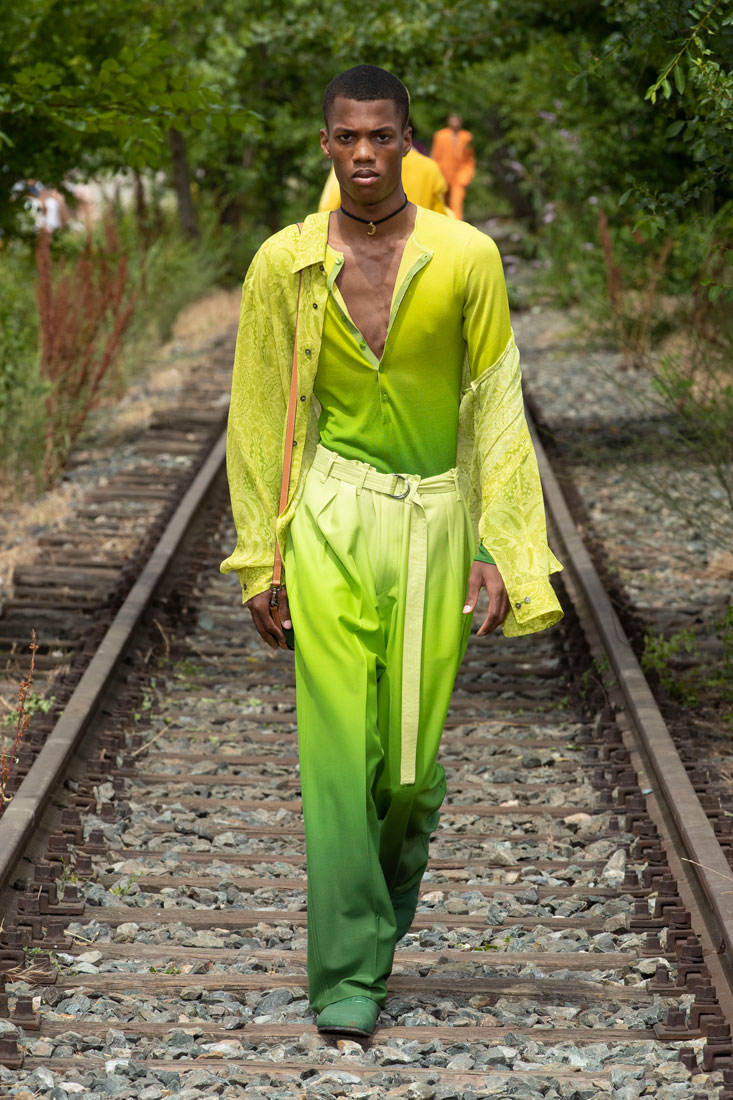 The train tracks for Etro’s show represented more than just an interesting backdrop.  As the models came into view from around a bend in the tracks, there may have been a sense of new possibilities arriving imminently.  The kinetic component wasn’t lost as the collection featured a lot of flowing movement and signature patterning.  Even the daring gradation fed through all of the stand out colours added to the sense of movement. 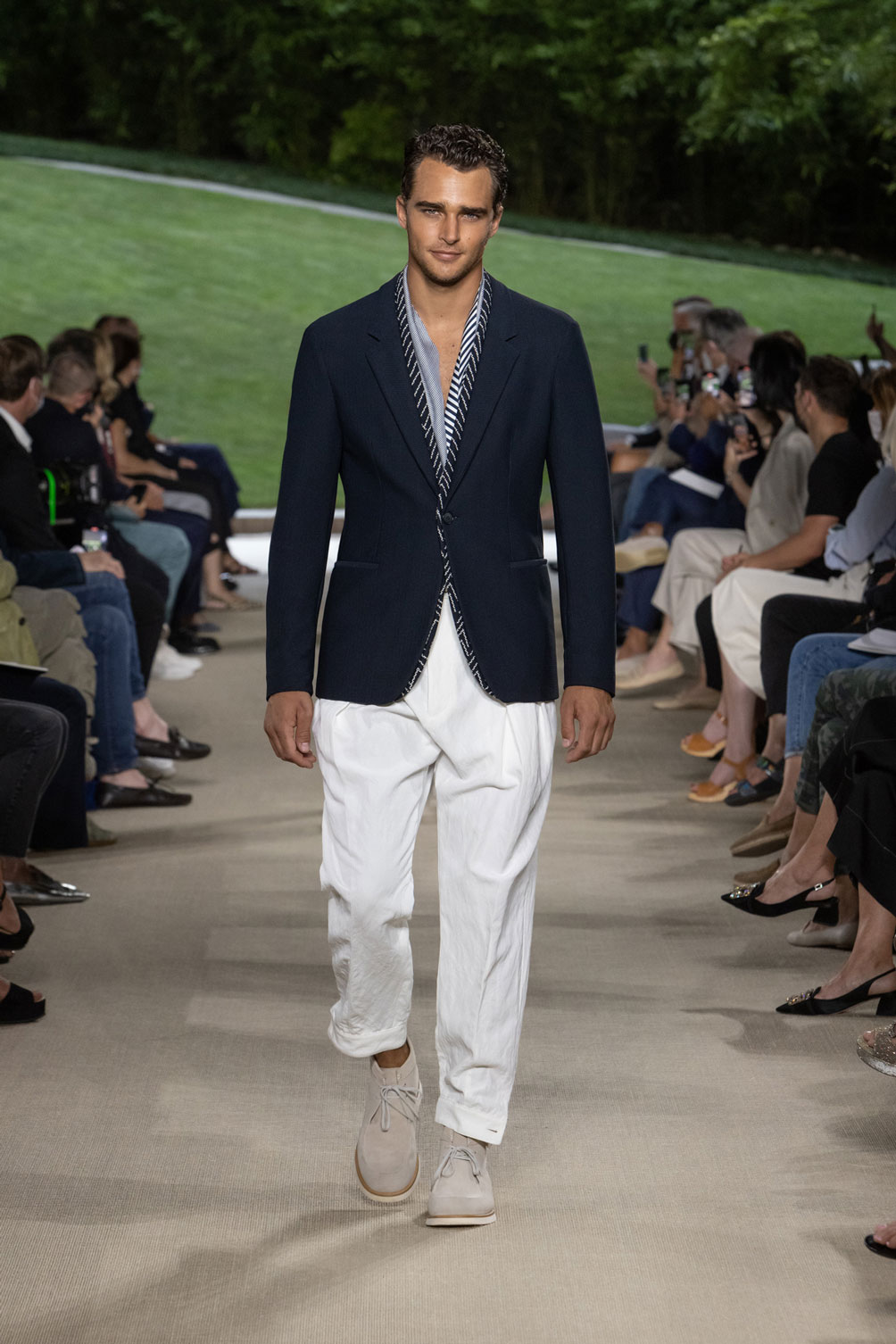 The Armani show was almost unique in that it was the most like what we all know, love and miss. A straight show, with a front row, no less.  The perfect position to see a collection that looked as easy on the eye as it did to wear.  All throughout, there were interesting little takes on traditional Armani codes.  Sometimes they were ‘blink and you’ll miss them moments that would benefited from second glance opportunities.