On the occasion of what would have been Virgil Abloh’s 42nd birthday, Ibrahim Kamara’s debut for Off-White SS23 as art and image director at Paris Fashion Week was a true Celebration, both of Abloh and the new collection.  The show honoured his legacy and the brand’s “freedom to dream, create and choose.”  The late designer had already conceived of and started to work on this collection as an exploration of the human body.  So, in a transitional season, the team took up the concept and ran with it. 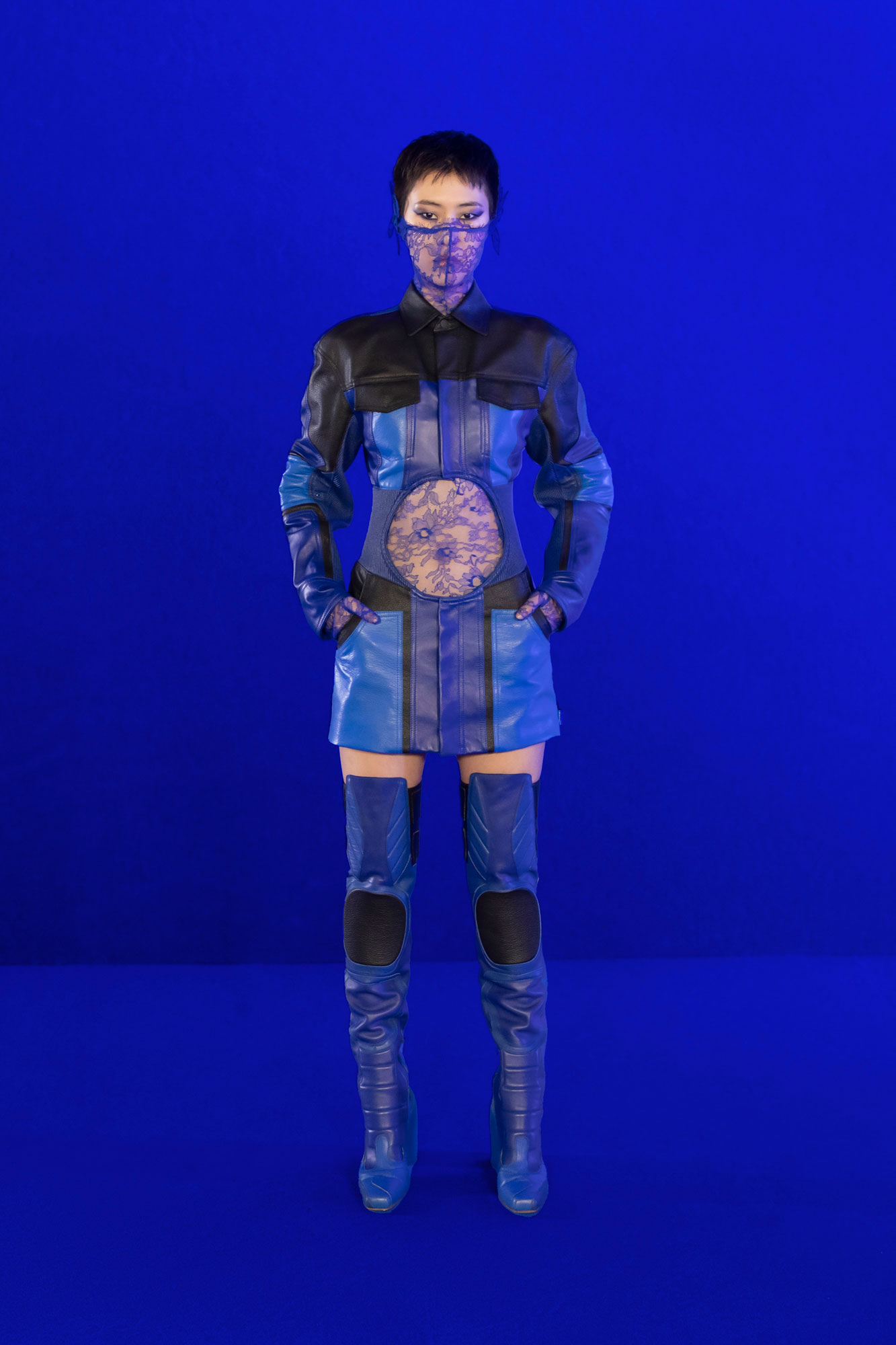 The result was a spectacular presentation that played with all of the House’s codes.  The show opened with a video dance performance broadcast on a giant white cube in the centre of the space.  The story that then unfolded revolved around three colours: white, black and the “Impossible Blue” that was particularly dear to Abloh’s heart, and seen his book, Figures of Speech, and in the AW22 campaign. 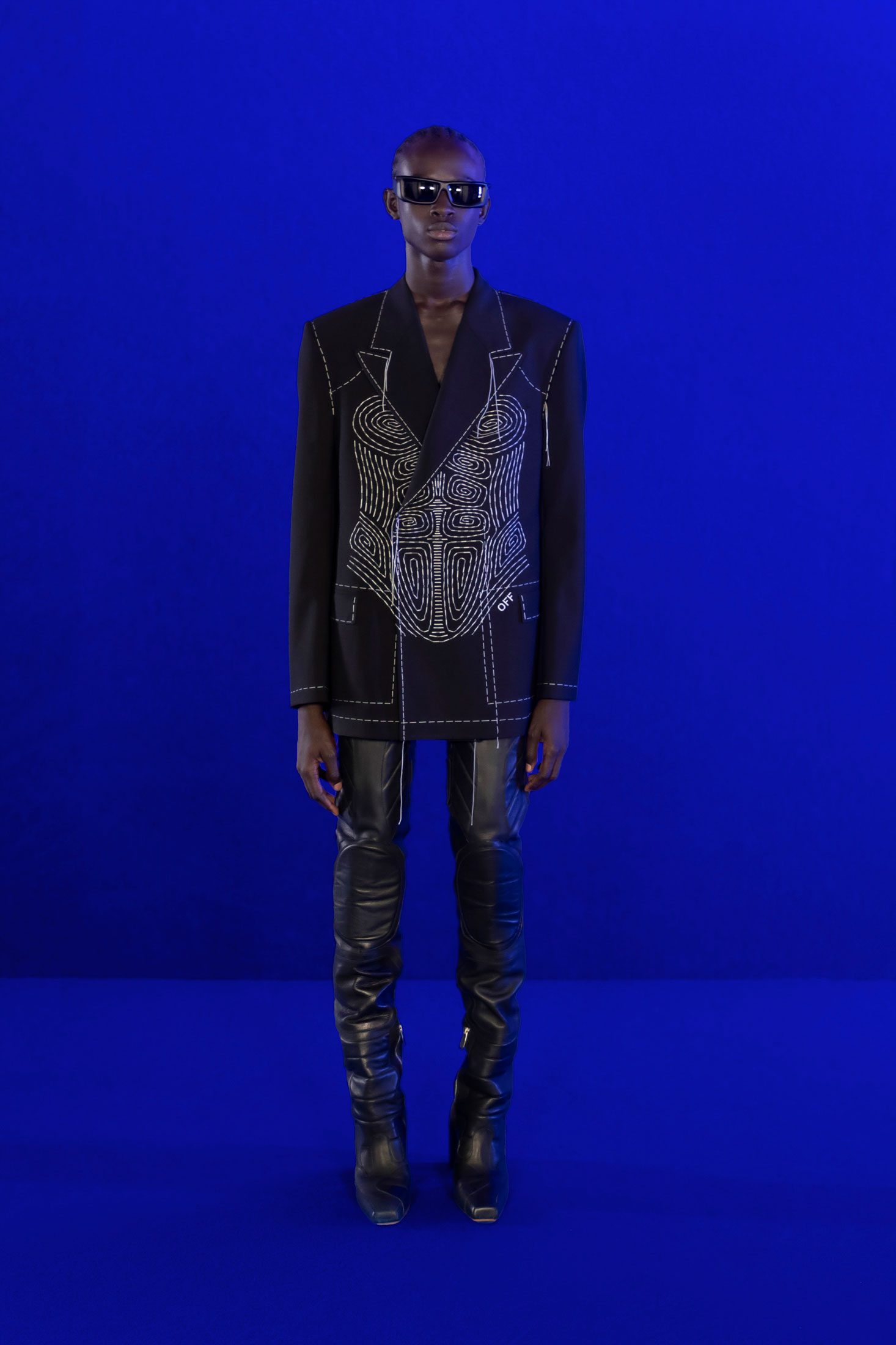 Flower motifs become a recurring theme throughout the looks, in an interpretation of how “our minds are in bloom” when opening to new possibilities.  Abloh’s holes code variously dominated the silhouettes by baring the midriff in a series of jersey looks in different materials.  And his fascinations with the body were metaphorically ‘seen’ in the anatomical white top-stitching and graphic patterning incorporated into tops, dresses and tailoring. 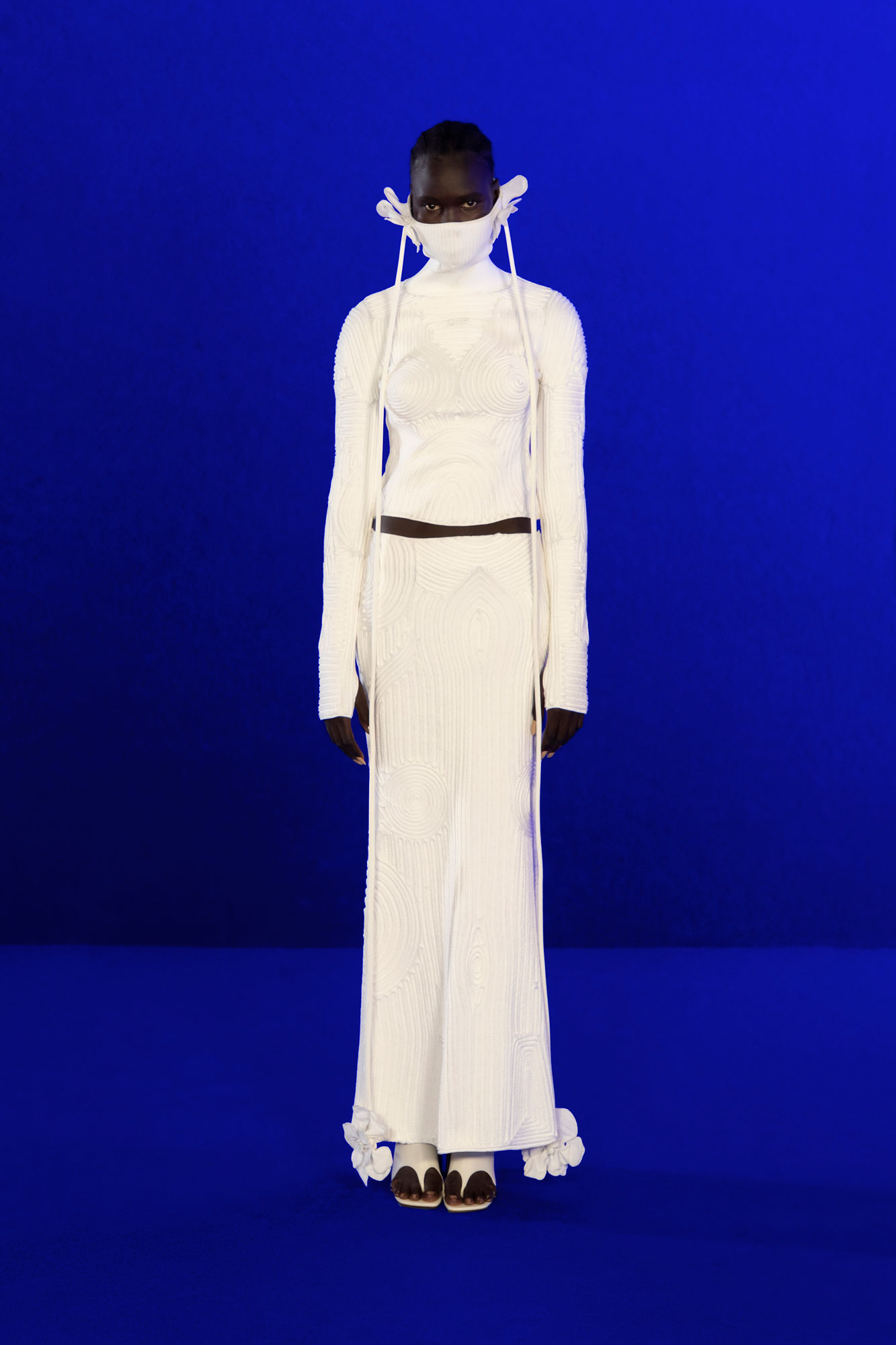 However, for Off-White SS23, the body was not only a direct inspiration for the fashion show and collection, but also an abstract inspiration as well.  The Roe vs Wade decision in America recently abolished a constitutional right for women to have self-determination over their very own bodies.  In that wider environment, the creative team also worked alongside artist Jenny Holzer to continue a tradition of creating staff and guest T-Shirts in support of Planned Parenthood – proving that Off-White is not just a brand.  It’s a community that keeps on growing. 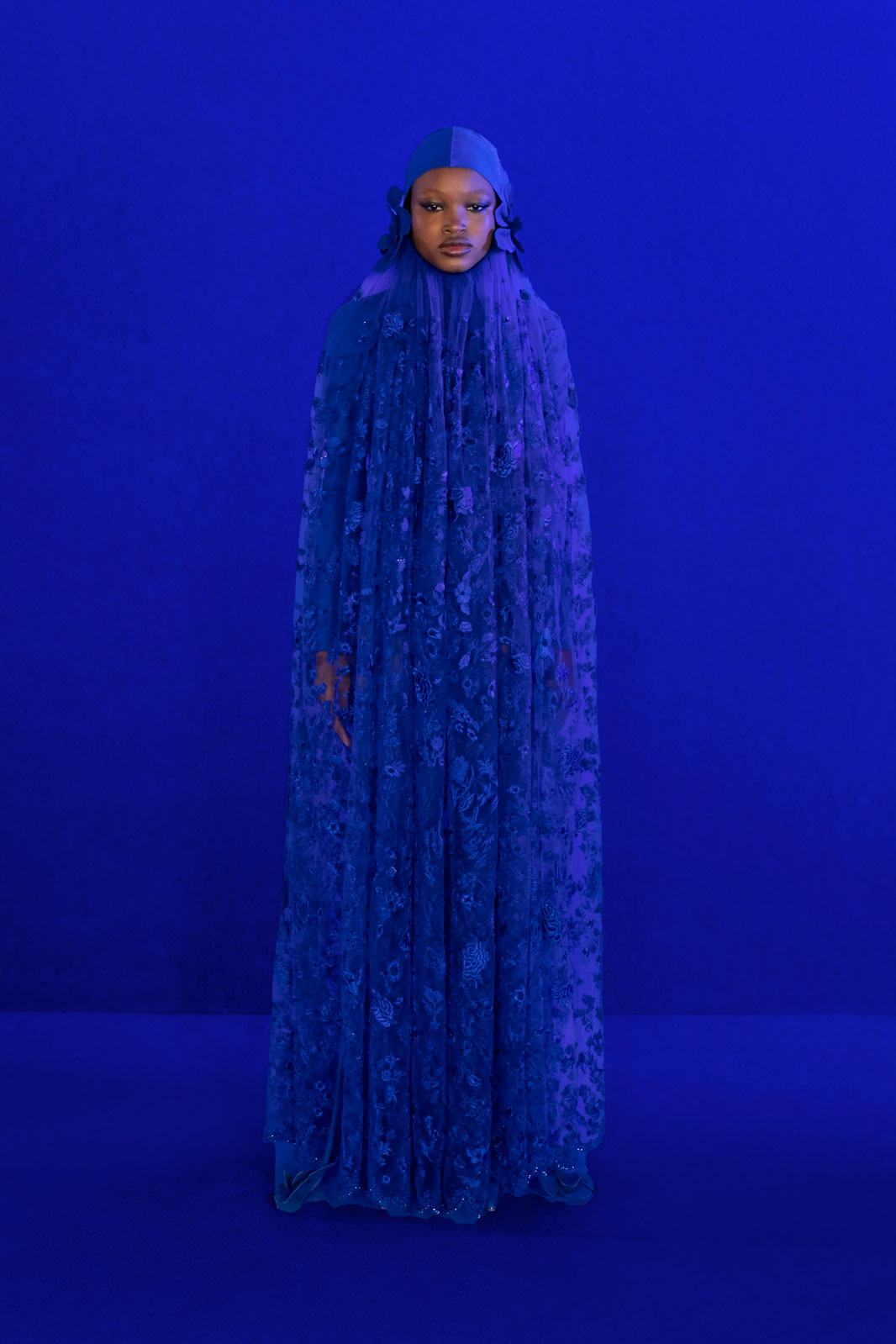