Jamila Woodley takes a look at the next chapter in the legacy of Virgil Abloh. Photography by Rafael Pavarotti

The late Virgil Abloh may not be gracing us with his presence anymore, but his creative vision and undoubted legacy still lives on.  This time it’s being curated through the visual prism of Ibrahim Kamara, Art and Image Director of Abloh’s own brand, for Off-White AW22. 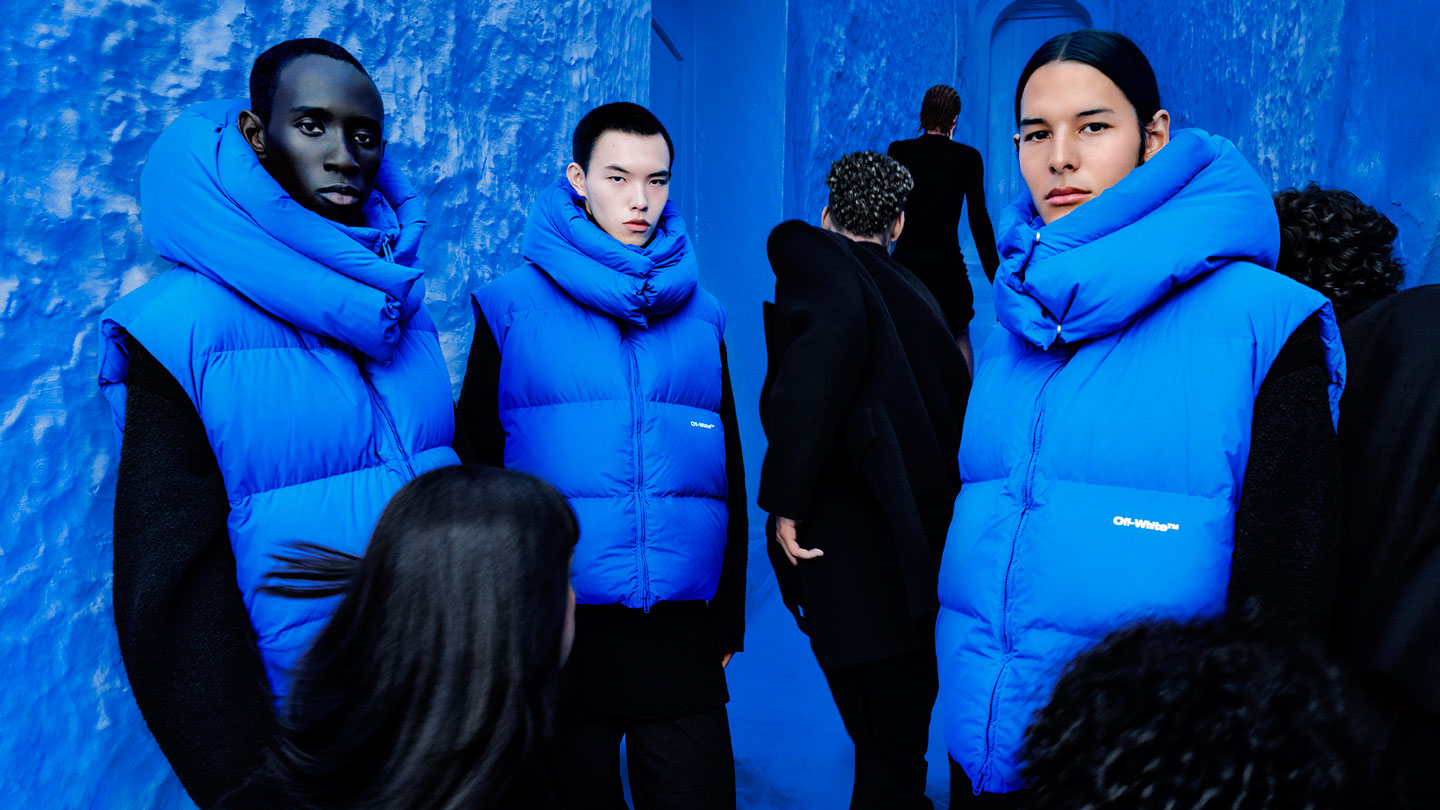 The new campaign, shot by Brazilian photographer Rafael Pavarotti, deftly combines the women’s and men’s ready-to-wear lines for the AW22 season.  The clear focus seen in both collections is heritage and futurism, and the ever-evolving dialogue between the two states.  It’s this continuing dialogue that has been captured on film. 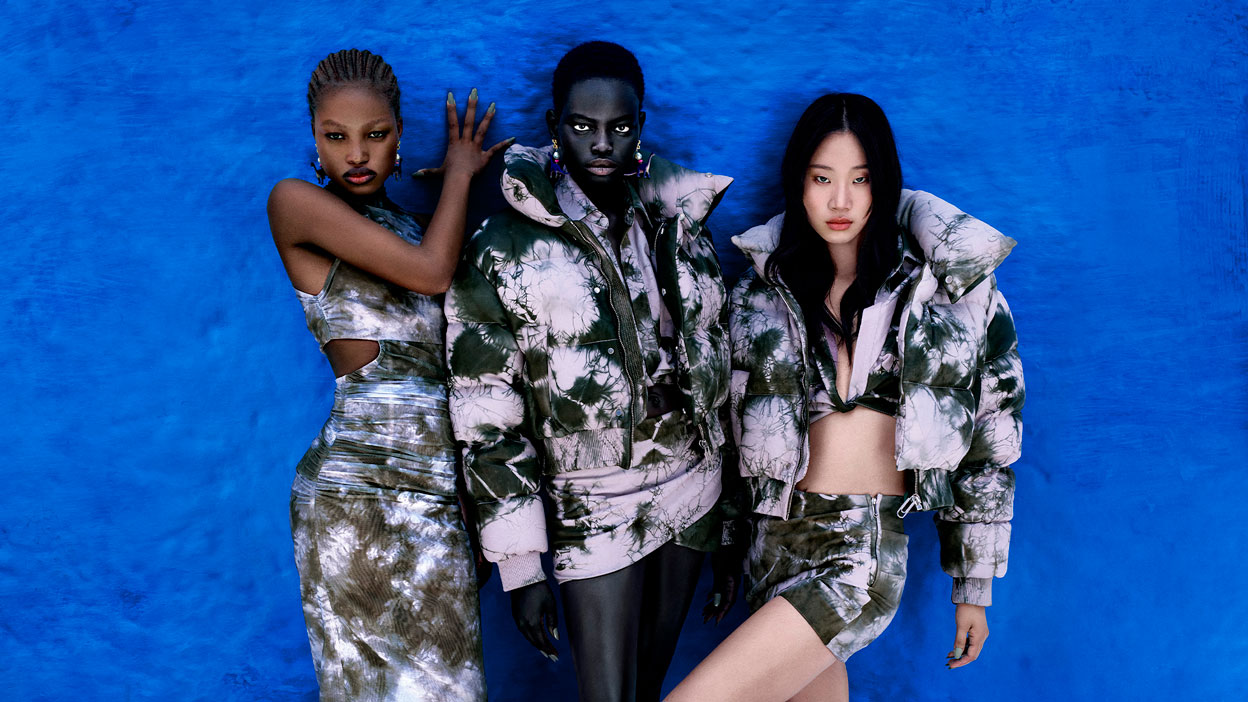 Piercing hues of signature electric blue contrast with pale and darker skin tones in the story’s images.  The colour itself has a tale all of its own told in the shades found in West African textiles, an area of the world where both Kamara and Abloh can trace their origins.  “Virgil revolutionised streetwear and luxury that crosses generations and decades,” says Kamara.  “He showed the world that the underrepresented, the underdogs and Black people, in particular, have brilliant minds and can push and compete equally in the establishment. He inspired hope and brought about change. Virgil Abloh was one of the freest-thinking black men of our time’” 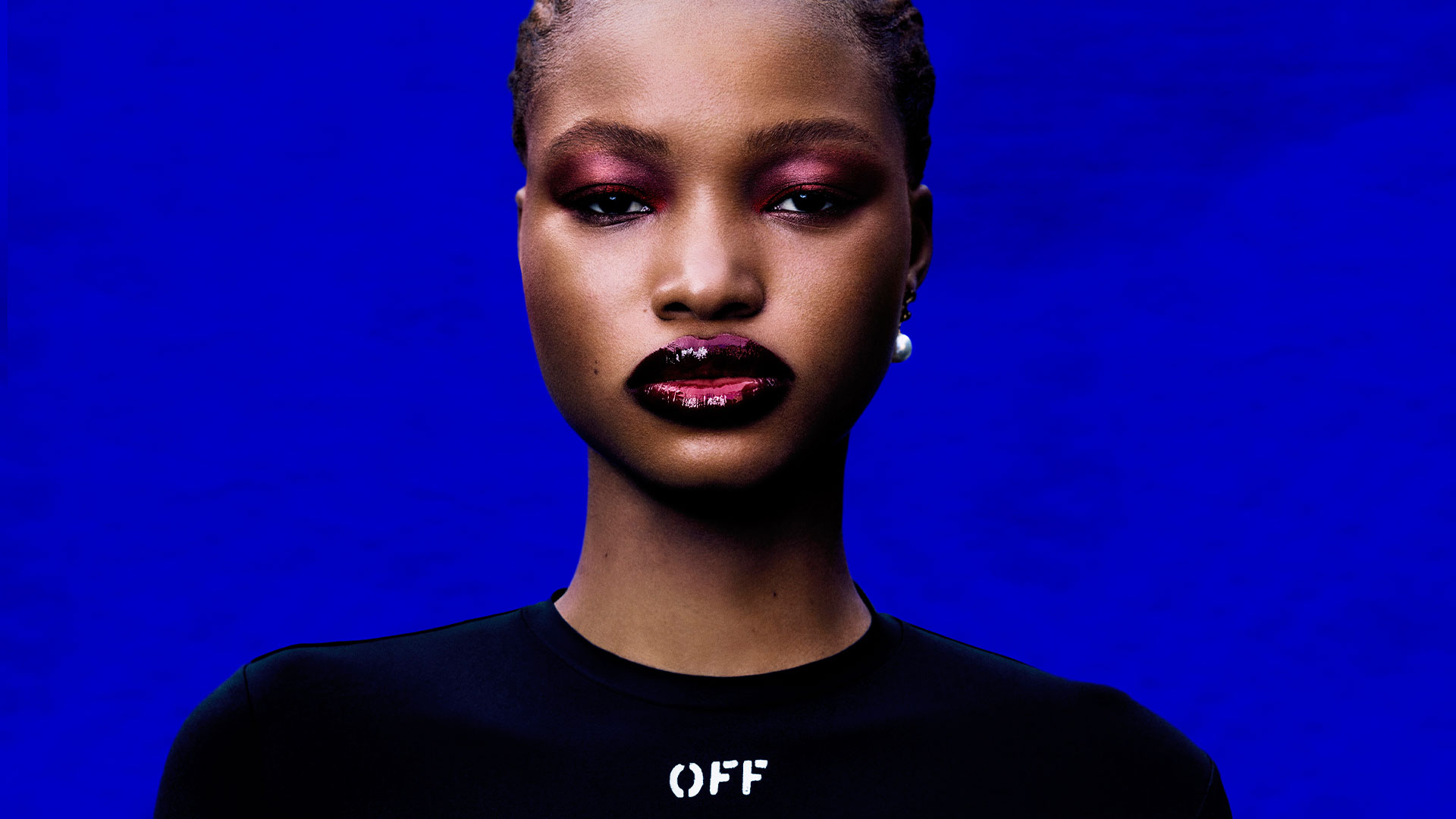 To match that approach, the cast for the campaign are all diverse fresh faces.  Even the location fit the brief, with the shoot taking place in Chefchaouen – known as Morocco’s blue city.  The residents had long since enveloped their metropolis in shades of azure, ultramarine and indigo in an attempt to ‘refrigerate’ their exceptionally hot environment.  And it’s this creative methodology to culture and perception that is underpinned in the campaign. 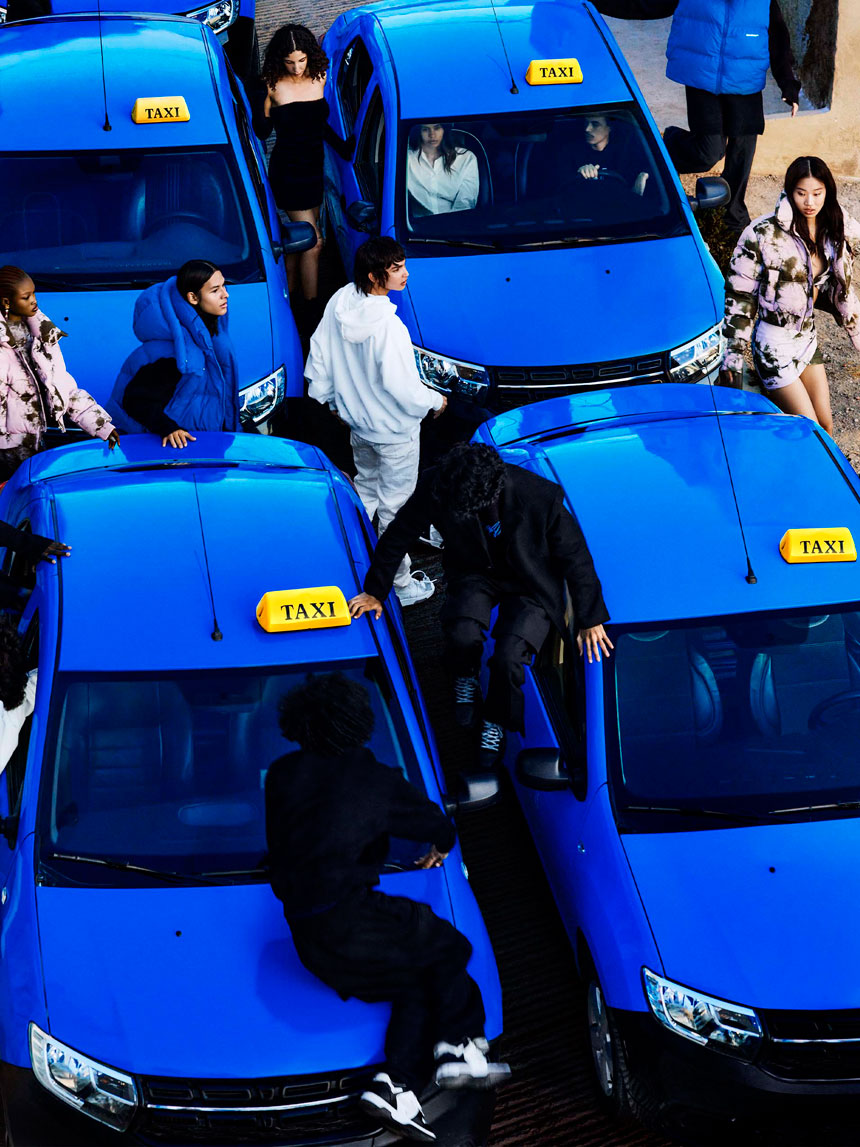 A recurring ‘party girl chic’ can be seen throughout the women’s collection, with dresses and leather skirts shortened to micro length and jackets gathered just below the bust to reveal acres of skin.  Adding to the luxe feel, Swarovski crystals are found sprinkled throughout the campaign, as well as a dynamic reinterpretation of the iconic Off-White arrows motif – now renamed the Racing Arrows. 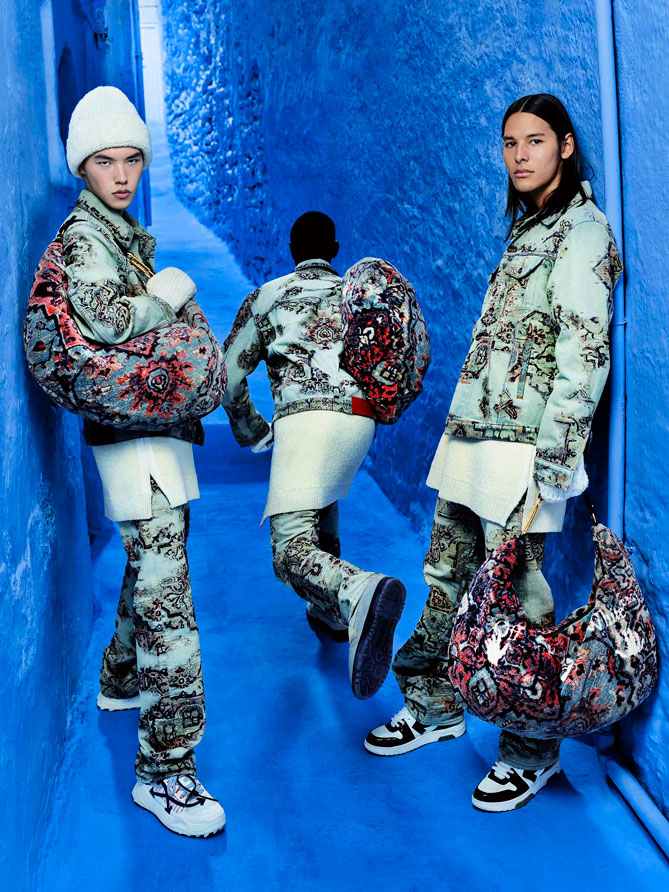 The menswear proposes a Skiwear capsule aesthetic, leaning towards skate- culture silhouettes and patterns of tie-dye in a three-layer performance textile.  The offering builds upon the ‘new minimalism’ being brought to bear by the brand, and the evolving design vocabulary is both recognisable and rewarding to those paying attention. 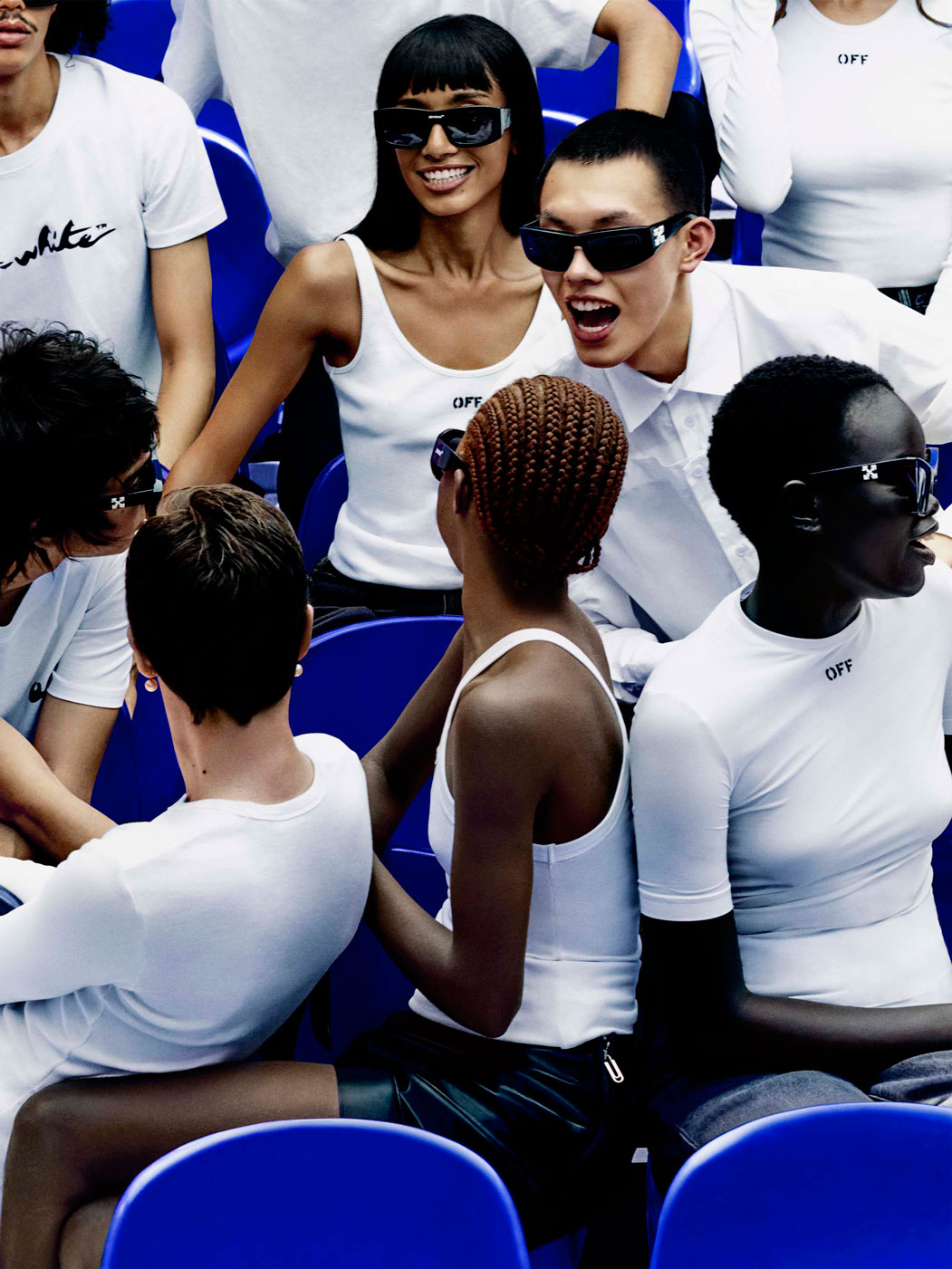 With Kamara’s complementary artistic approach and attention to detail for Off-White’s first campaign without its founder, we can all be secure in the knowledge that Abloh’s enduring legacy is in very good hands.