Thierry Mugler was, and still is, one of the original mad scientists of fashion. Along with the likes of Jean-Paul Gaultier, he helped to define an era that saw women become art rather than just ‘models’ for his clothes.  Even though Mugler himself has since moved on from the brand that bears his name, the company still lives on in his spirit.  Most recently, that spirt has taken the form of Casey Cadwallader, creative director at Mugler since 2018.  In true Mugler-esque fashion (pun intended), Cadwallader is one of the vanguard leading the fashion industry out of the punishing seasonal cycle it has been locked into for decades.  As a perfect case-in-point, just before Easter, Mugler dropped their show film for the S/S2021 collection – weeks after the normal Fashion Weeks season had passed. 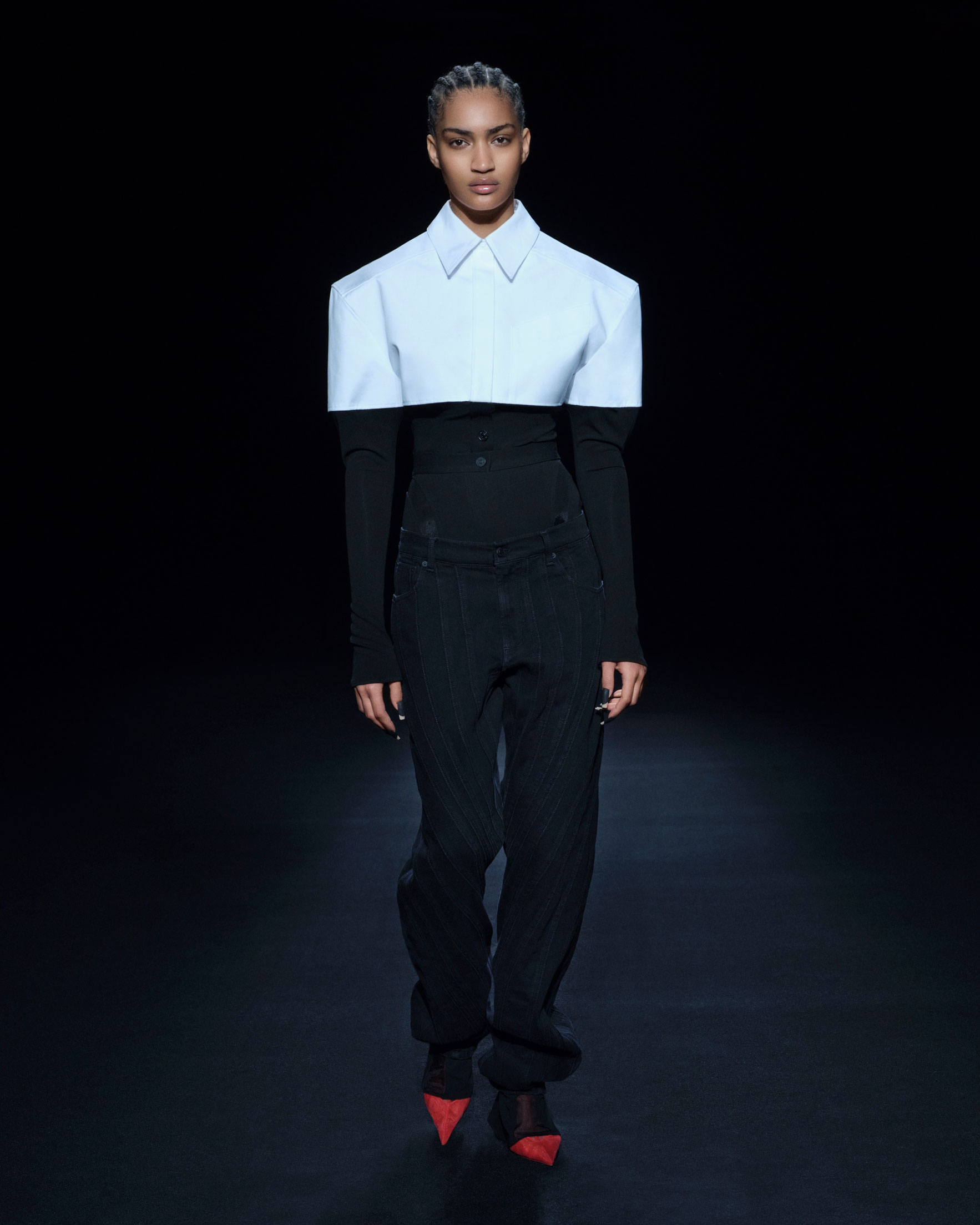 And, as ever, it was worth the wait.  The film has an exciting surreality about it; using reversed footage to confound expectations and present new sensations to the eyes.  Every so often the catwalk would be punctuated by stunt performers, dancers and gymnasts performing flips, tumbles and pirouettes as stand-ins for recognisable faces like Bella Hadid, Irana Shayk and Alek Wek.  The stunt doubling couldn’t have been better if it was a Tom Cruise movie.  On first viewing there will be genuine surprise at just how technically flexible Hadid seems to be, until realisation begins to dawn on you. 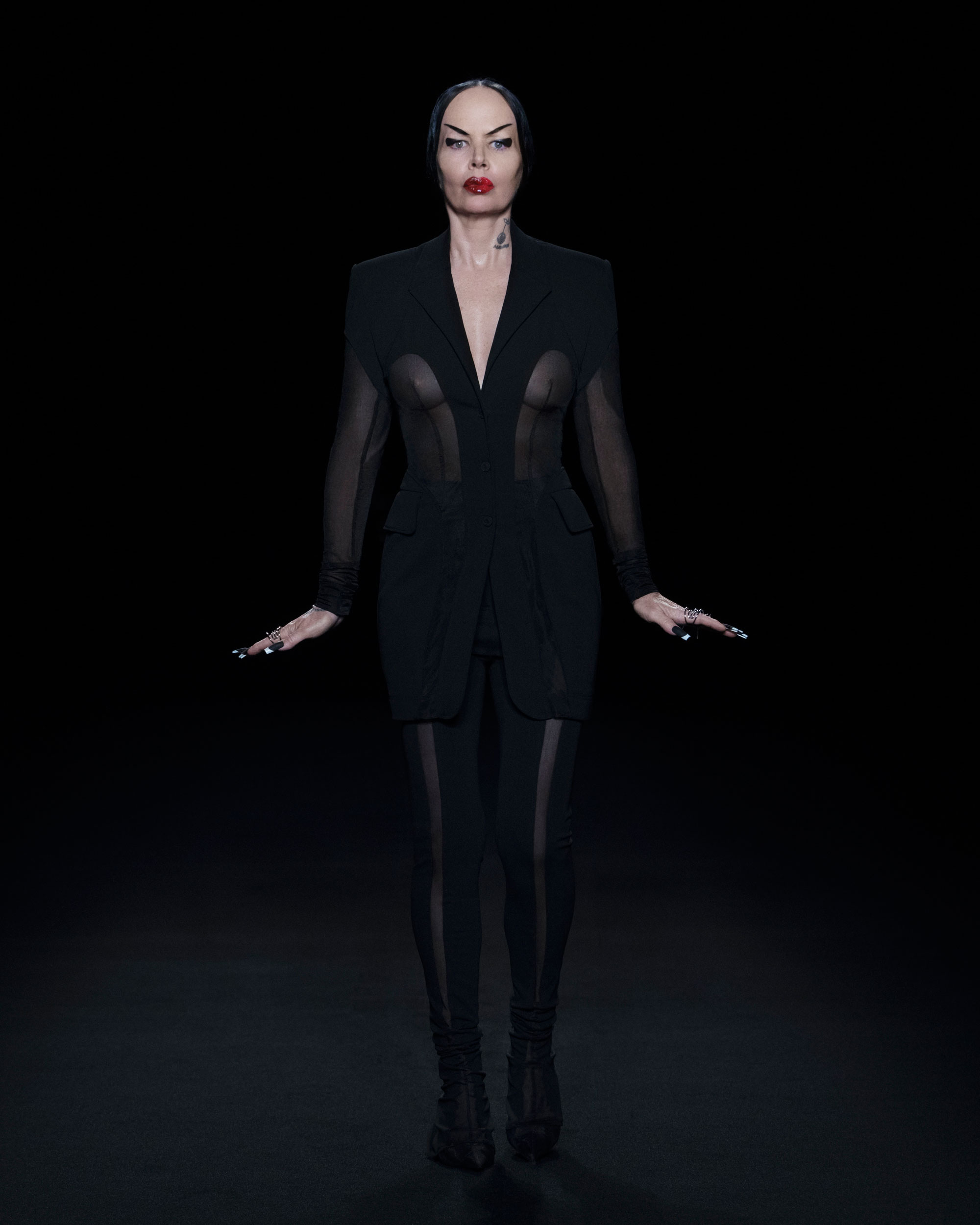 As with many of the earlier show films, Mugler’s catwalk was shrouded in black – perhaps to signify the dark times we’re emerging from, perhaps to provide the perfect frame for their architecturally spectacular summer collection.  Sheer fabrics in skin tones and contrasting colours in the black surroundings gave off subtle undertones of ‘boudoir’, while shirts and jackets with impressive shoulders sliced through the black like a cleaver.   Black was the colour on which the show and the collection were based, and it only served to make the wavy, ultra-psychedelic colours of the halter-neck dress and the fitted shirt and pants combo stand out by a mile. 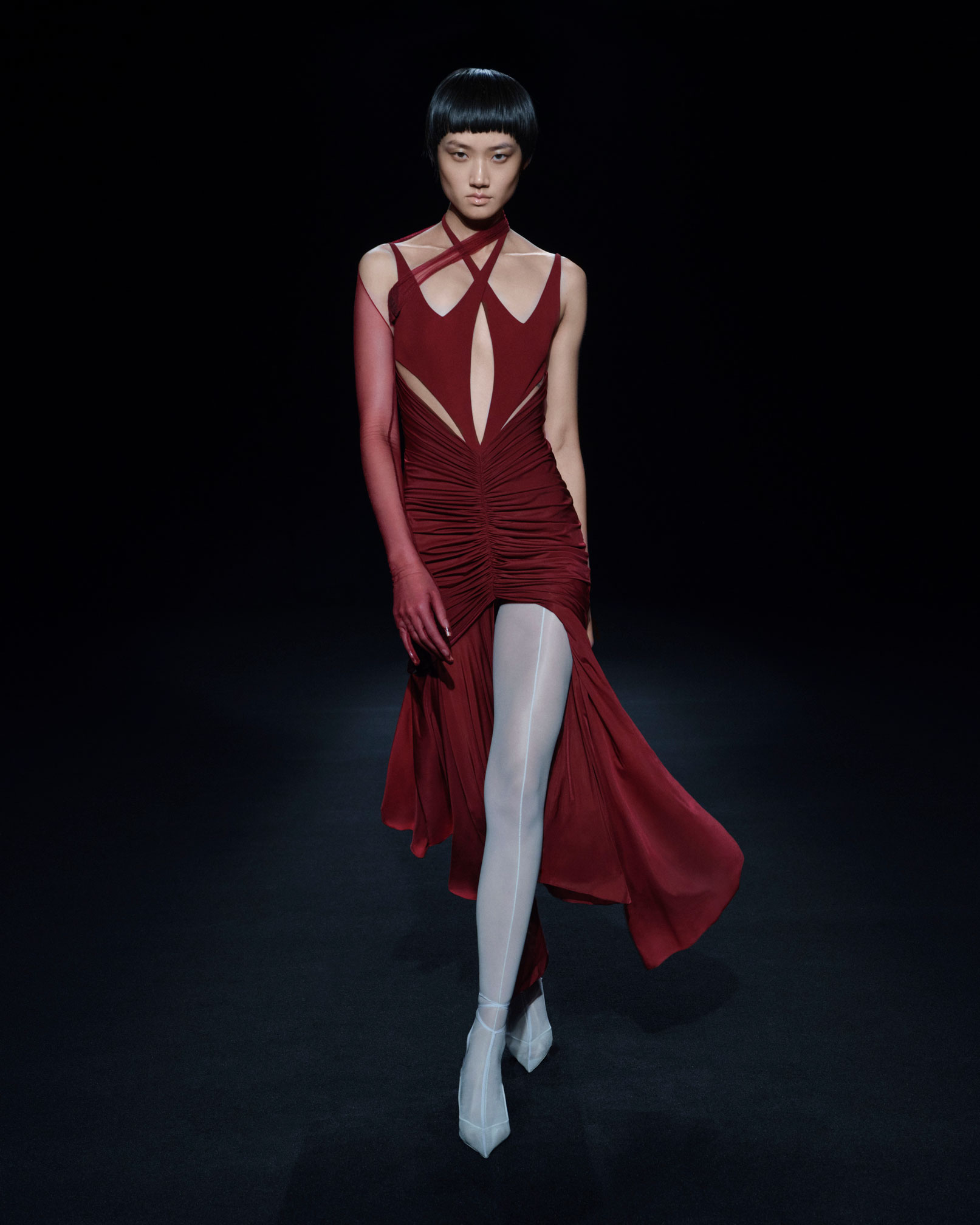 When the colours did come, the combinations were always vivid.  Bright electric blue dress teamed with a single, cherry red long glove; the ruched, halter-neck dress in deep blood red paired with pale blue shoes and tights; citrus green mini-dress ruched at the sides; the unbelievable sheer black dressed adorned with multi-coloured sequins resembling a cosmic deep-field image – all of which proves just how much Casey Cadwallader is channelling Thierry’s vision of making Mugler creations art, as opposed to just clothes, for women. 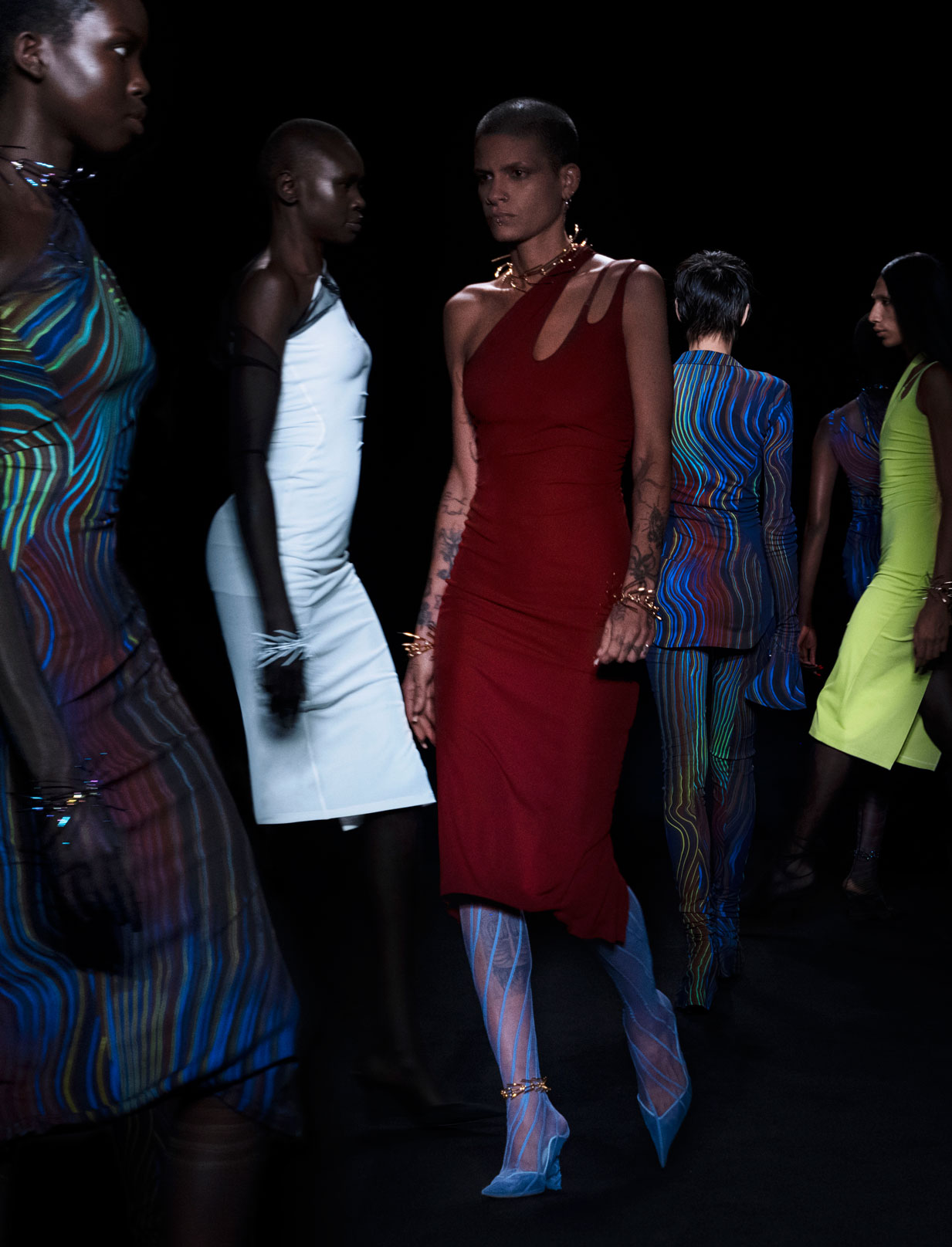 Click here to see our last feature on Thierry Mugler.