Just in time for summer to turn into autumn, the world is opening up once more.  After two years of global restrictions people are travelling again, eager to explore beyond the familiar.  It’s perhaps with these two sentiments in mind, MICHAEL Michael Kors and Michael Kors Mens have unveiled their AW22 collections.  Autumnal hues feature heavily across a celebration of luxury jet set sophistication. 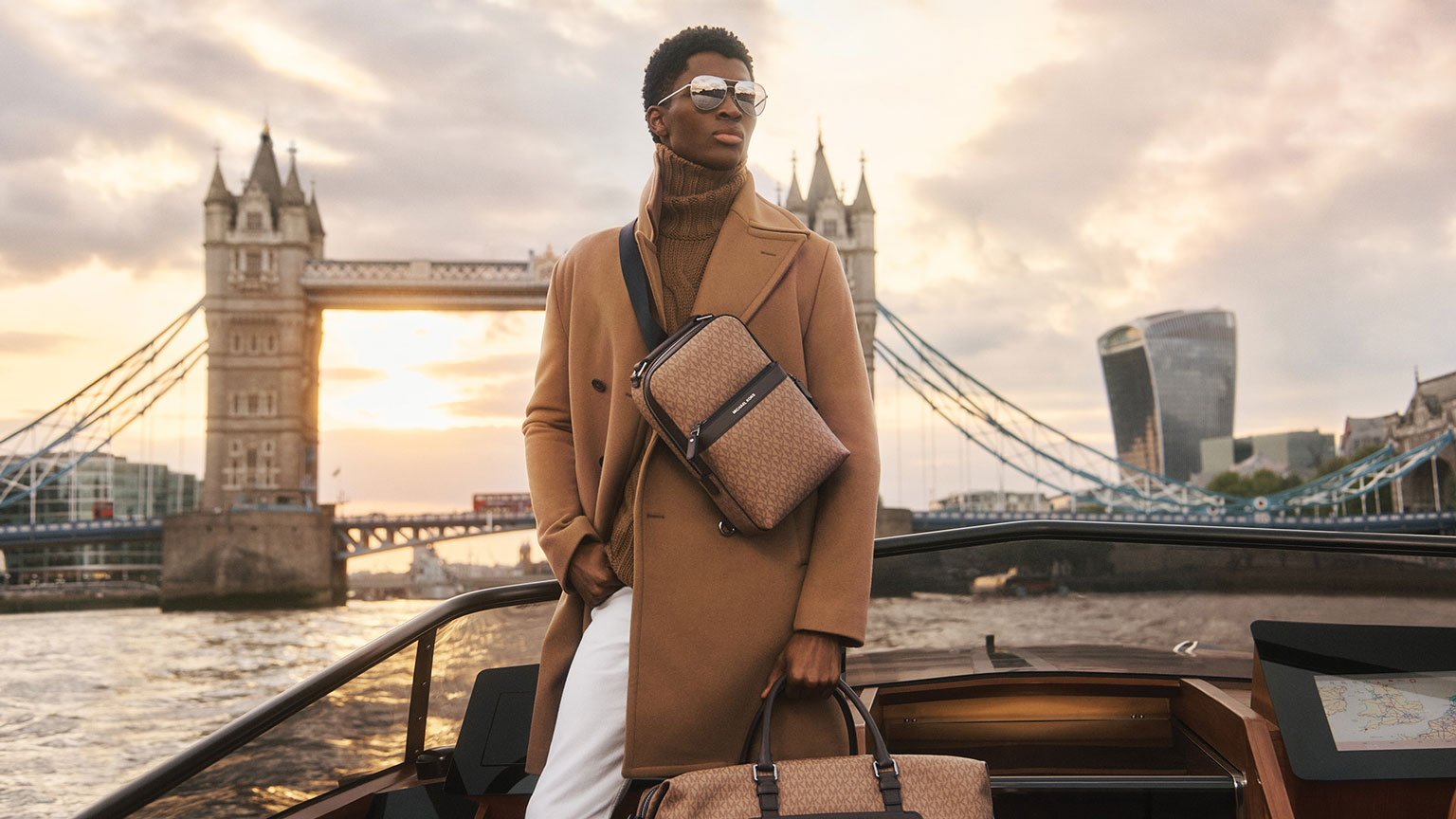 An array of internationally renowned talent feature in a campaign from the lens of acclaimed photographer Lachlan Bailey.  Bella Hadid, Parker Van Noord, Sara Choi and Alton Mason channel the opulent thrills and glamour of globe-trotting.  Think private helicopter rides over the powder of a remote Aspen ski lodge.  Or, flying your lavishly appointed jet to Switzerland to take in the stunning vistas of the Piz Gloria. 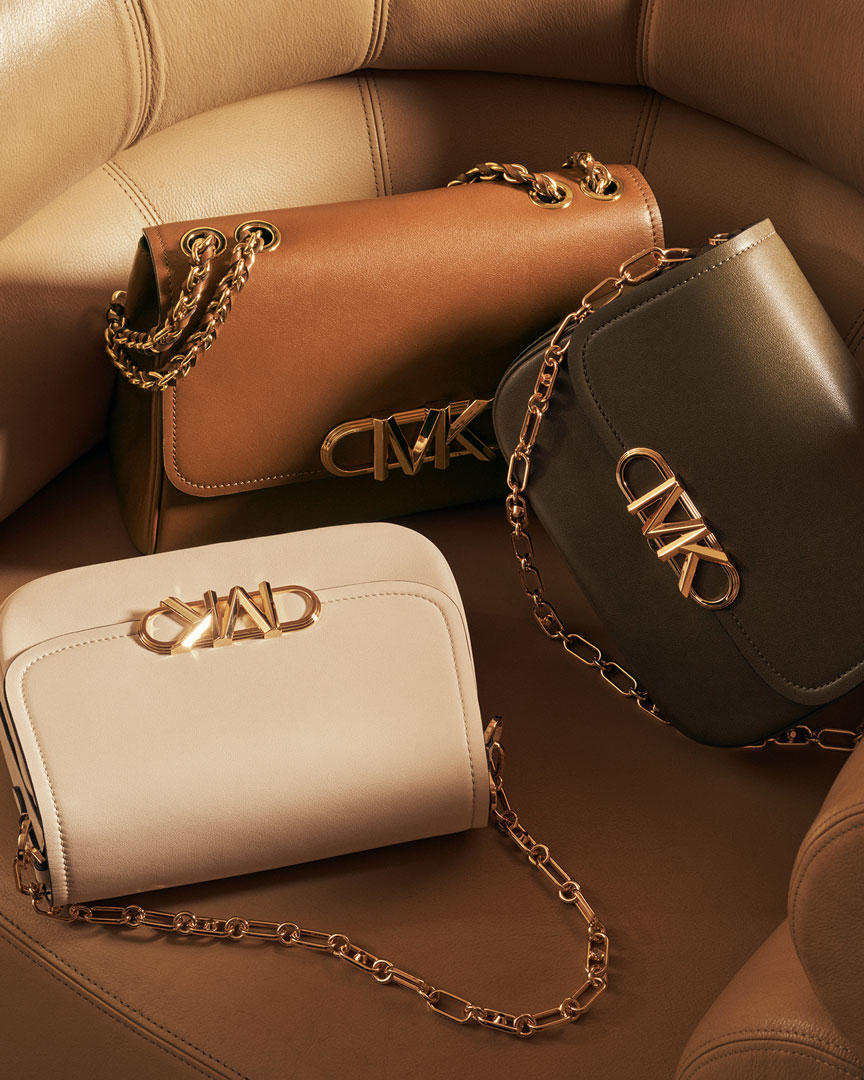 Soon to accompanying the campaign, a short film from dynamic director and cinematographer Matt Baron will see Hadid and Mason embarking on a playful cat-and-mouse chase across London, the ultimate destination city for those with a craving for the finer things in life. 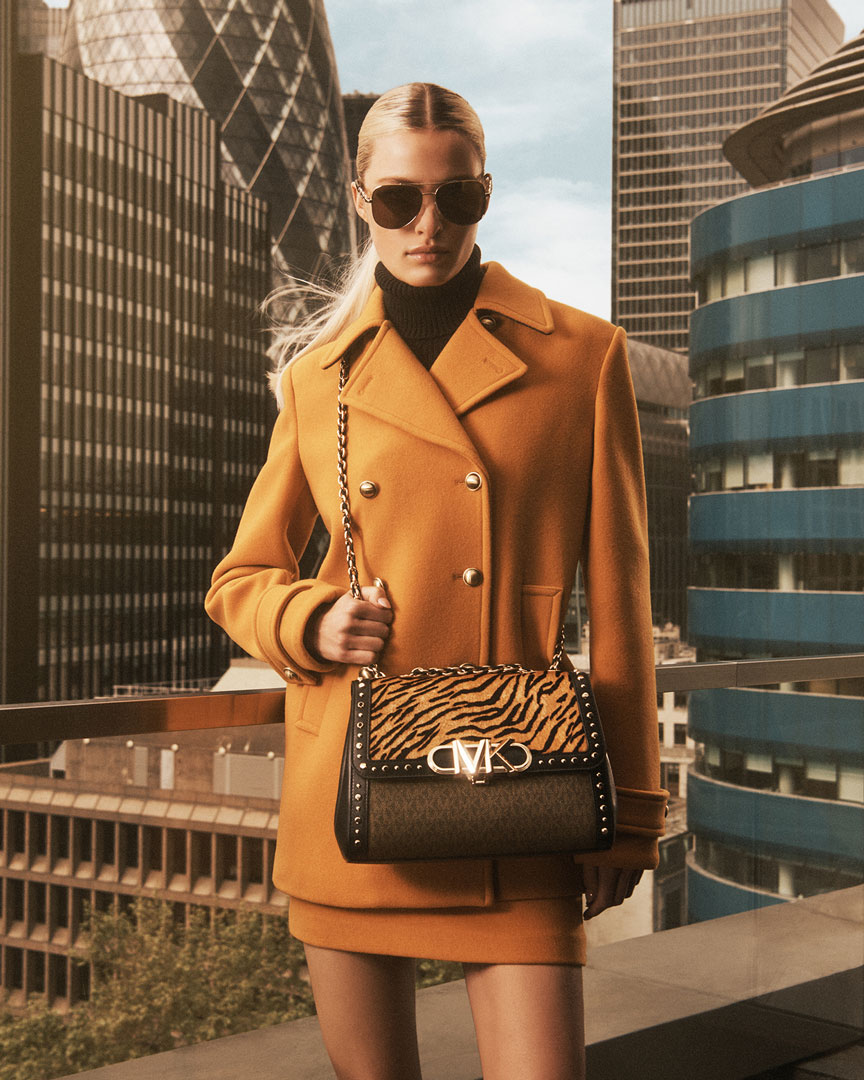 Burgundies, camels and charcoals are complemented with bright accents of orange that evoke the turning leaves of the new season.  Cosiness and sophistication are the watchwords, with knits and leather perennials meeting evening dresses for maximum comfort and chicness. 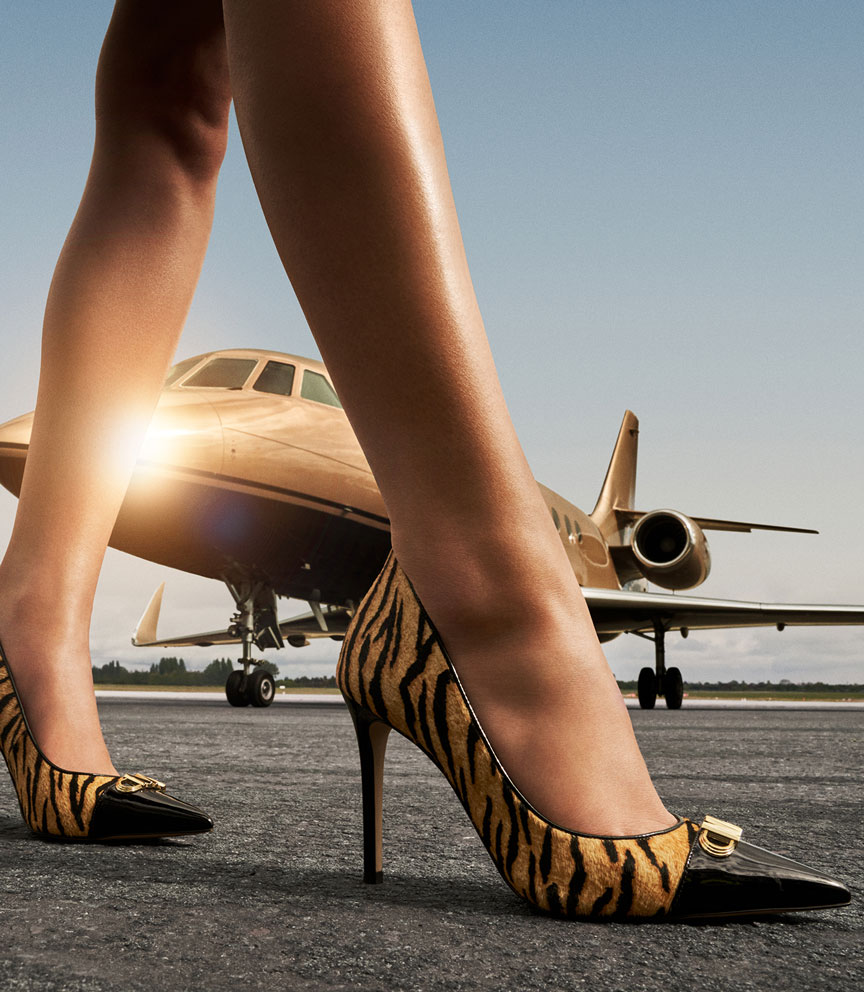 Meanwhile, the statement handbag makes a welcome return in the shape of the classic Hamilton and SoHo to add to the bold new Parker silhouette.  The footwear is just as desirable.  Tiger print stilettos are made stand out just as much on the (airport) runway as they will in the cabin of a Learjet.  Elsewhere, the venerable ankle boot is given a leather makeover that adds an elegant edge to the latest Brough Superior motorcycle. 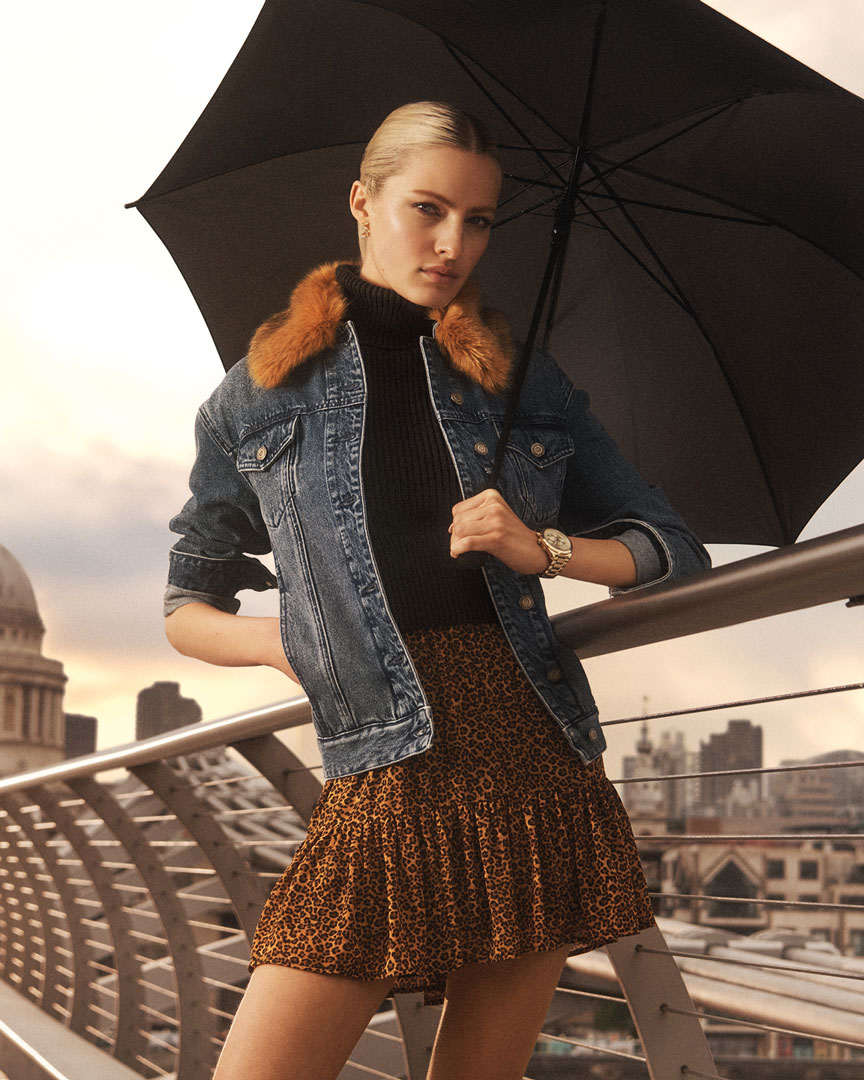 Not one to be overlooked, Michael Kors Mens elevates classic outwear with rich camel shades that offer a contemporary spin on classic pieces.  They pair effortlessly with sleek travel bags and stunning jewelled timepieces for easy conversation starters in the first-class lounge.  Camel plimsolls are a confident and stylish sartorial addition to any jet set look. Meanwhile MK-monogramed hi-tops blurs the line between smart and casual with an air of suave. 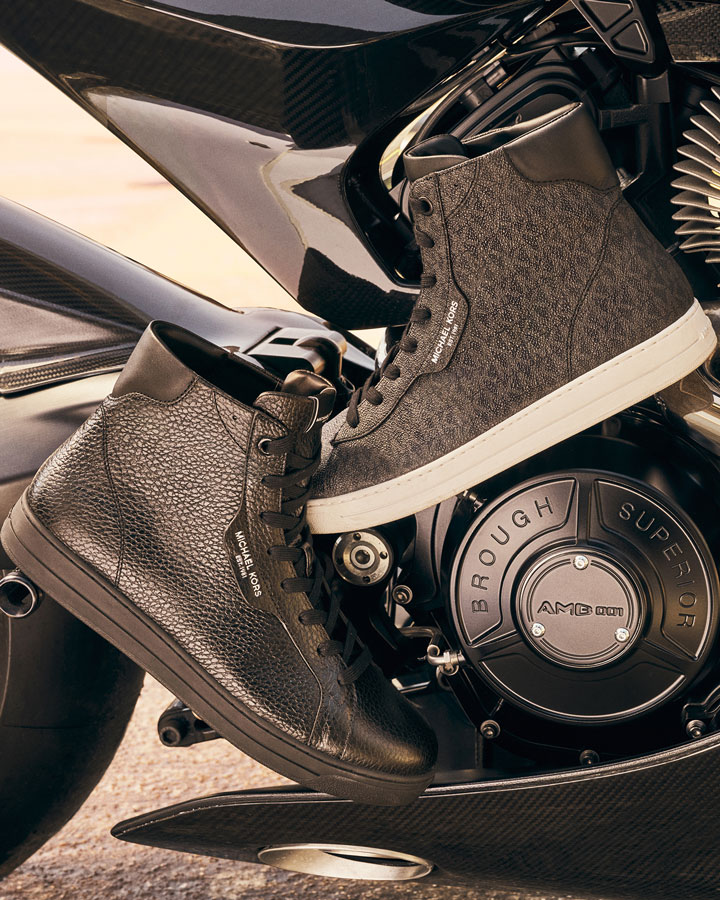 Whether you’re taking the jet from LaGuardia or touring the boutiques of Knightsbridge, Michael Kors is luxe travelwear at its most refined.