At the Michael Kors Collection AW22 catwalk show earlier this year there were definite contrasts on display. Evening allure combined with contemporary modern lines in looks like the daring miniskirts revealed under sweeping dramatic coats.  As Kors does best, this was a collection that was mature, crisp, understated and non-pretentious, yet flowing with an abundance of style and design IQ.  It told the story of ‘big city glamour’.  This coming autumn, the streets are, as Michael Kors himself puts it, “stepping up, stepping out and making an entrance”. 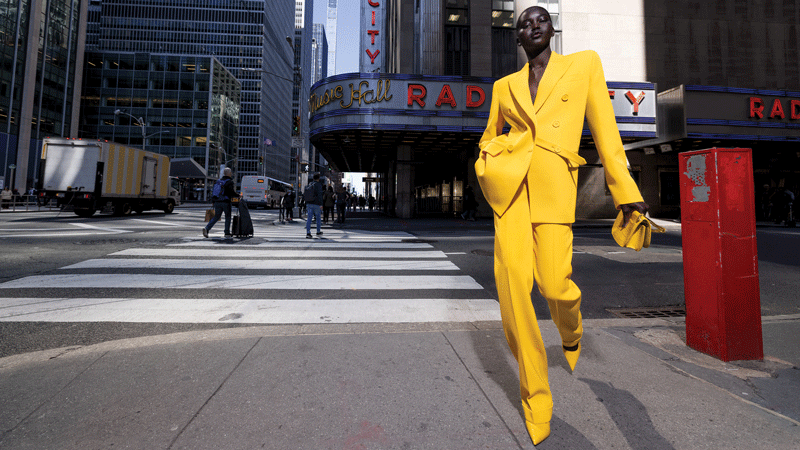 Launching today, the accompanying campaign lensed by famous Dutch duo Inez van Lamsweerde and Vinoodh Matadin is bold, chic and dynamic.  Here, high drama plays out against the high-rise New York City skyline.  The images feature the eternal appeal of supermodels Adut Akech and Rianne Von Rompaey for us to live vicariously through.  Modern sensibilities are in sharp focus with the debutante, tonal Italian leather Campbell satchel – a luxe carryall made to keep up with the pace of real city life.  Akech also sports the Christie envelope clutch in a dazzling ‘taxicab’ yellow ensemble – a statement fold-over that is a must for anyone who wants to bring a little warm sunshine back to the grey backdrops as the days get shorter. 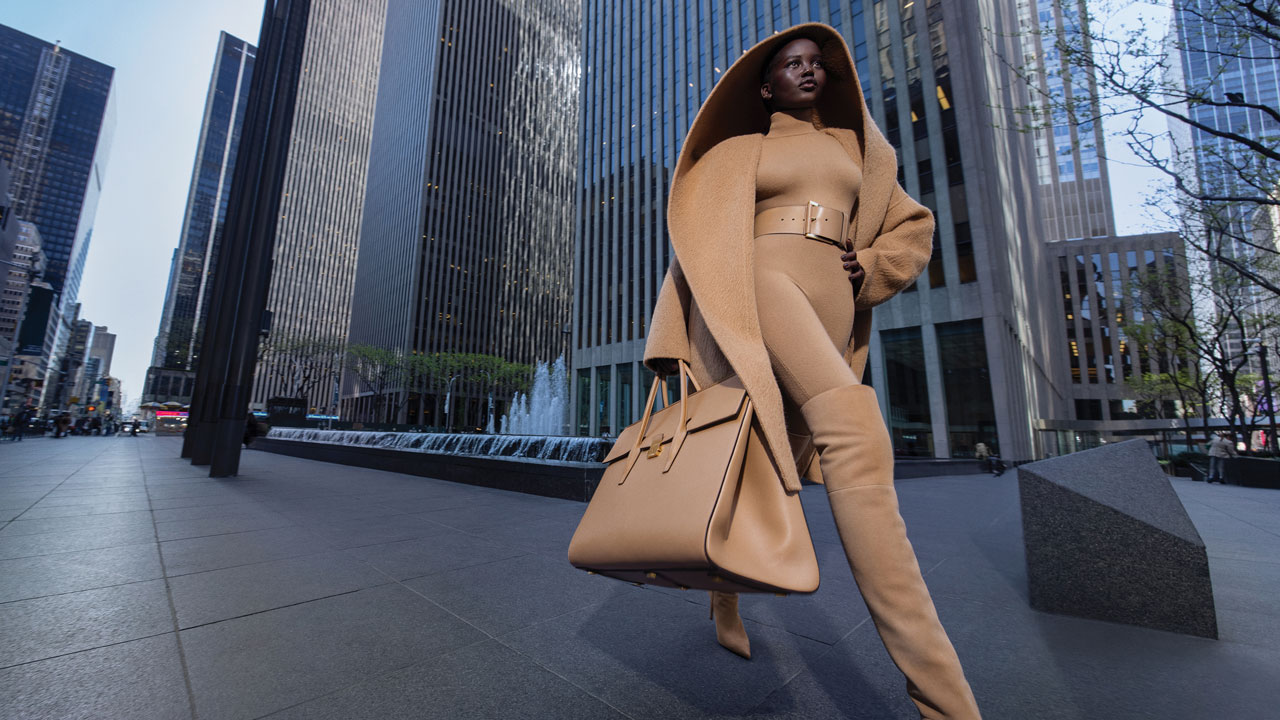 The collection’s optimism for a different kind of life after the pandemic is obvious and unrelenting.  Elevated tailoring, luxurious fabrics and boyish silhouettes in classic tweed with black, white and camel colour palettes are punctuated by electric fuchsia to accompany the bright yellow.  Gleaming paillettes and crystal embroidery take us from evening to night with barely a change of gear along the way.  For Michael Kors, our re-emergence should be head-turning, opulent and made for the high-tempo environment of our own versions of the famous New York City streets.

Kors once dubbed this and other shows that have been held amidst global adversity – in the 90s, in 2001 and then again in 2021 – “the antithesis of sad slipper life”.  This new campaign comes with the inimitable ‘New York Strong’ resilience and attitude, with Michael Kors right at the heart of it.