Dame Vivienne Westwood is the queen of the mad scientists of fashion.  Designers including Jean Paul Gaultier, Thierry Mugler and John Galliano have all vied for the crown over the years but there’s no-one quite as unique as the girl from Tintwistle, Cheshire.  Even the home town where she grew up sounds like a location from a Harry Potter book.  Westwood’s singular creative eye and artistic ethos has made her one of the icons of the fashion industry.  When she personally and professionally joined forces with Austrian designer Andreas Kronthaler everything went into overdrive. 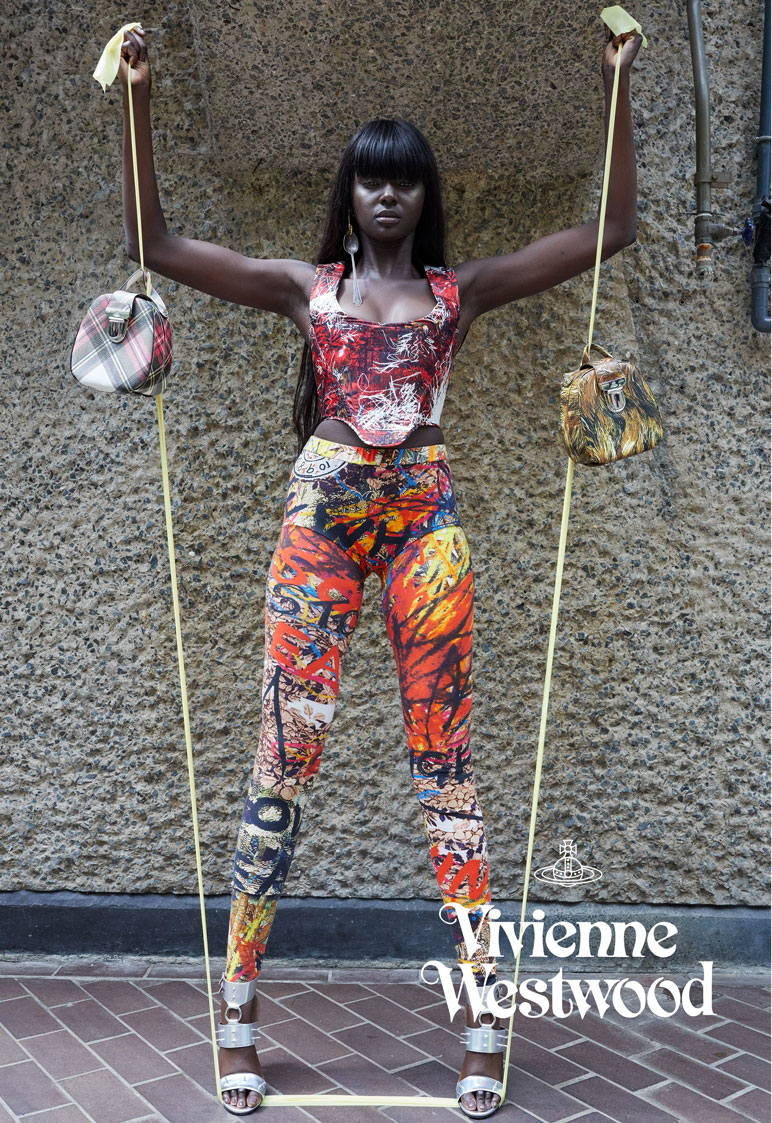 Kronthaler’s urban industrial influence on the Westwood aesthetic is clearly seen in the new campaign images for the A/W19 season.  The Barbican Estate straddles both the City of London and Central London and since its development throughout the 60s it’s been the home to milestone cultural venues like The Barbican Arts Centre, The Museum of London and The Guildhall School of Music and Drama.  The place literally radiates culture.  But as an example of 1960s ‘brutalist’ architecture it divides many in terms of its stark physical appearance.  It’s not a complex that was ever designed to be appealing to the many and that’s probably one of the reasons why it has become the unique creative pull it’s known to be all over the world.  It does take a certain kind of mind to see the beauty in the structure and, for those who see it, they become very forceful protectors of it and advocates for it.

“We love the Barbican, we go there on a regular basis over all these years, mostly to listen to concerts, home of the LSO. It’s a place which always surprises you – the building is exciting, there’s always something new to discover. We went to see ‘The Tantalus’, a play by John Barton. He summed up the whole of Greek mythology in his own composition. The theatre of the Barbican is wonderful, the staging is so versatile. The play took all day, from morning until night, we had intervals for breakfast, lunch and dinner and it was one of the greatest events of our life together.” – Vivienne Westwood and Andreas Kronthaler. 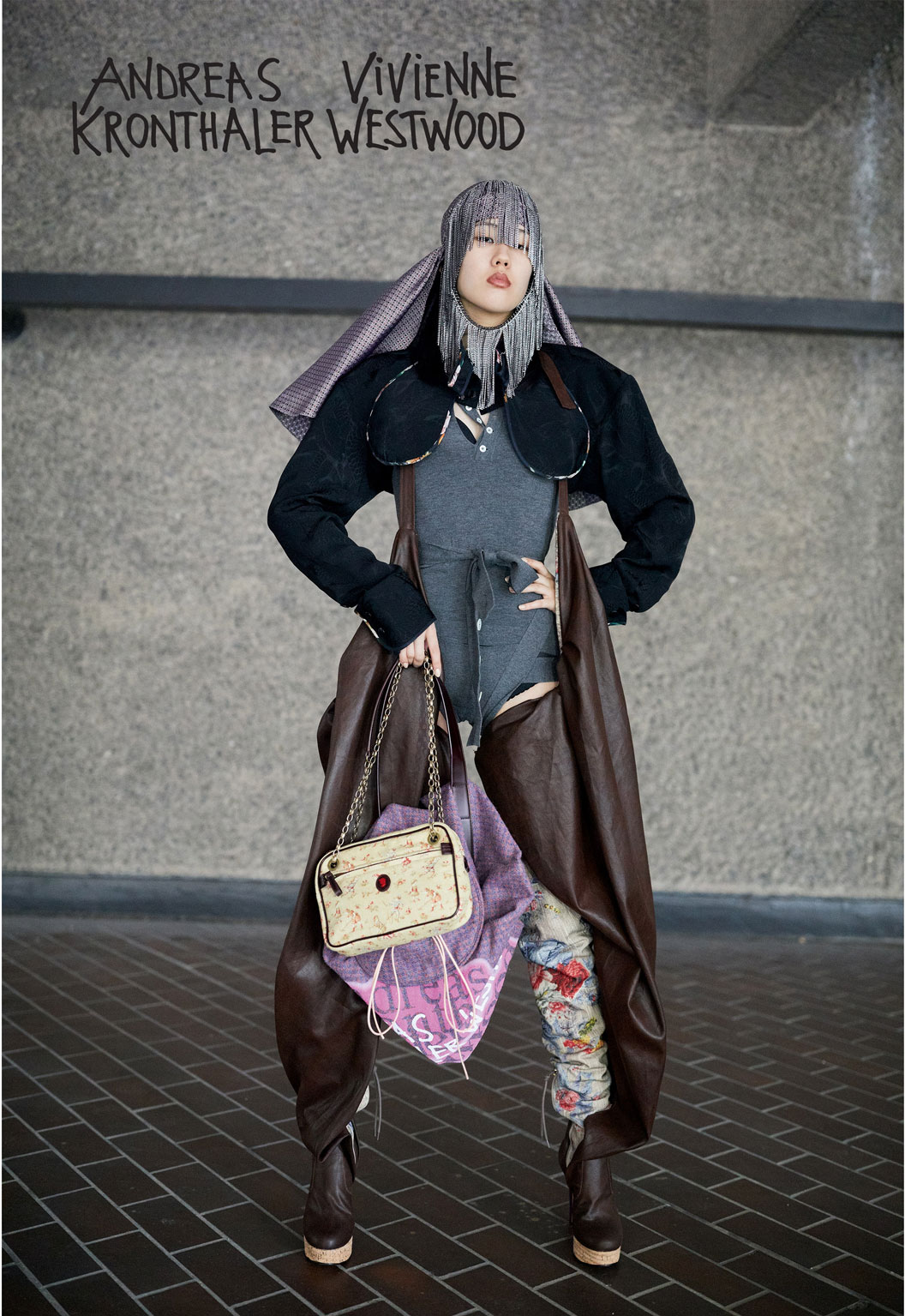 The A/W campaign itself takes that brutalist feel and even overcast grey skies to provide a fascinating juxtaposition for Westwood and Kronthaler’s eclectic, colourful and high-minded designs.  The effect of this combination is enhanced by photographer Juergen Teller‘s particularly no-nonsense documentary style.  But, more than that, there’s always something very special about seeing Dame Viv in her own campaigns and still looking as bang-on-the-money relevant at 79-years-old as she did when she started out at 19.  Even for an industry awash with historic and iconic names and figures, 60 years in and yet another hot, new, cutting-edge collection to look forward to from her on the near horizon is really something else altogether. 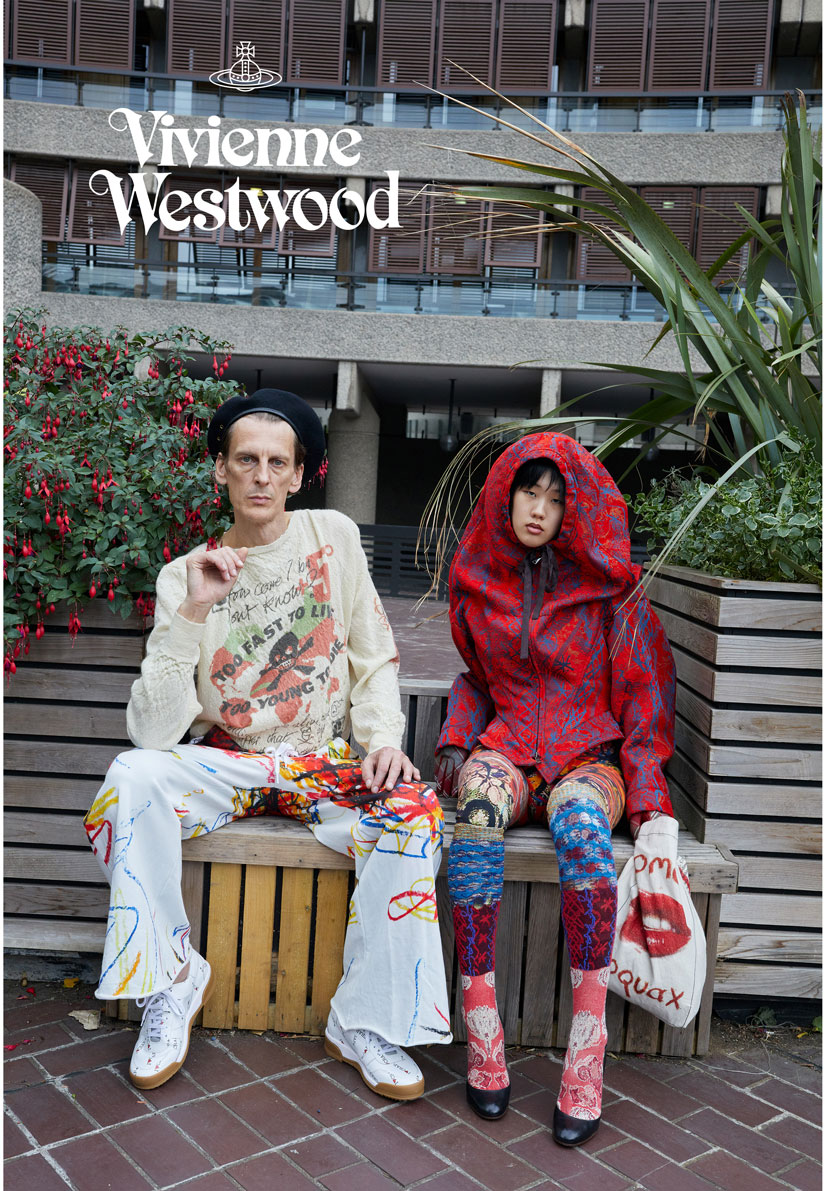 Click here to see our last feature on Vivienne Westwood and sustainability.